Here are some of the fun hidden elements that gamers have stumbled upon within the game.

Did you spot the frozen alien in the ice during the first mission? 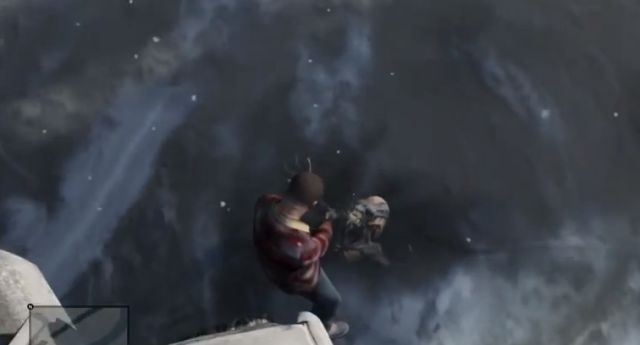 It's the first of many alien references in the game. Someone else found a spaceship on top of Mount Chiliad. 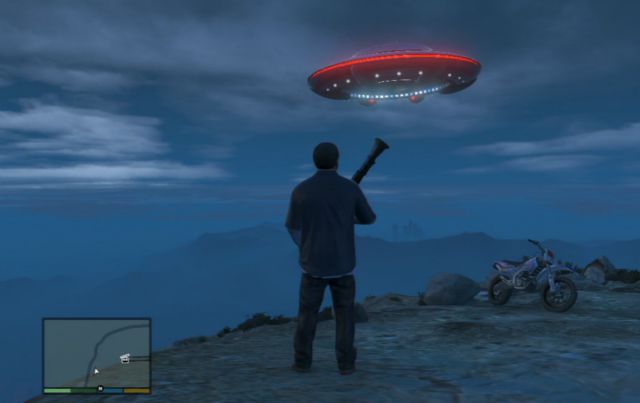 Another was found one while skydiving out of a plane. 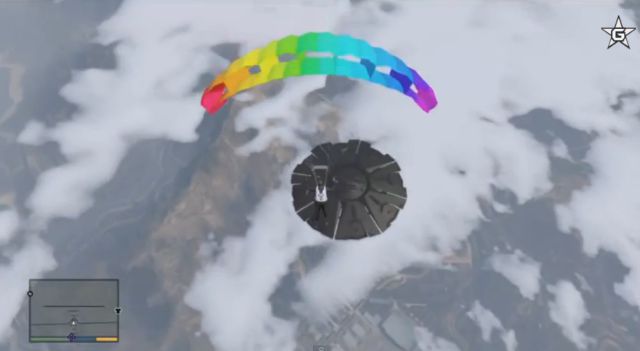 If you're not near it, the UFO will start to disappear. 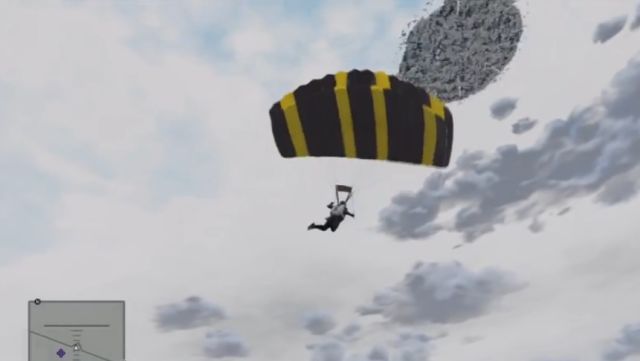 We broke into the Playboy mansion in the Vinewood hills. 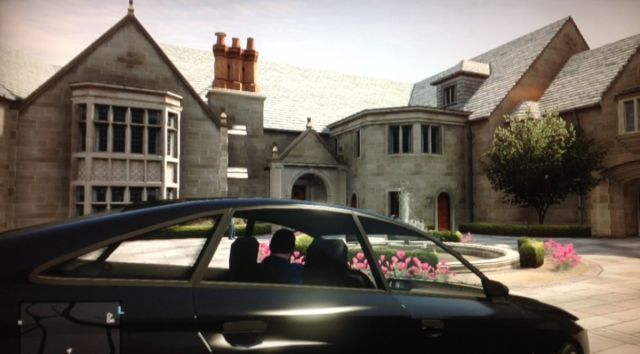 At night, the entire place is lit up, a bunch of girls come out ...

... and there's a cool cavern you can go inside.

You'll find a zombie near the Walk of Fame in Vinewood. Don't worry. He won't eat you.

Others have found a cannibal cult that let's you give them people in exchange for money. 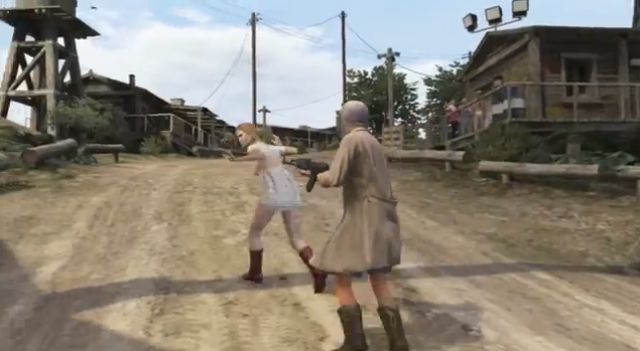 For any fans of ABC's "Lost," the guys at Ready Up Live found the Hatch from the series off the east coast of Los Santos.

Someone else found a ghost on top of Mount Gordon that appears there for one hour. 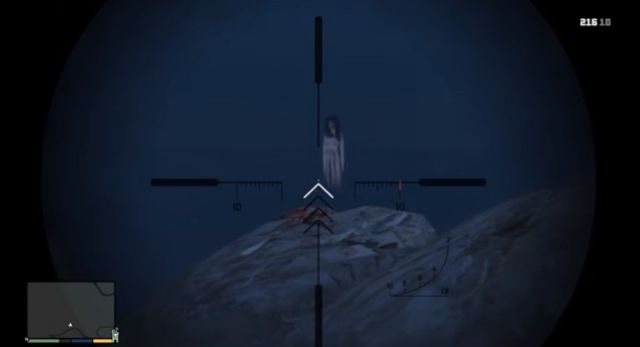 Up for more paranormal activity? Big foot — who has popped up in previous installments of the franchise — can be found during the "Predator" mission. 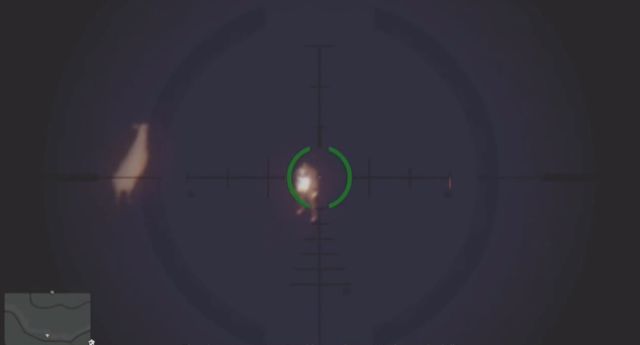 A hippie named Jesse — who many are comparing to Jesus — is waiting to hang out on the Los Santos Del Perro Pier. 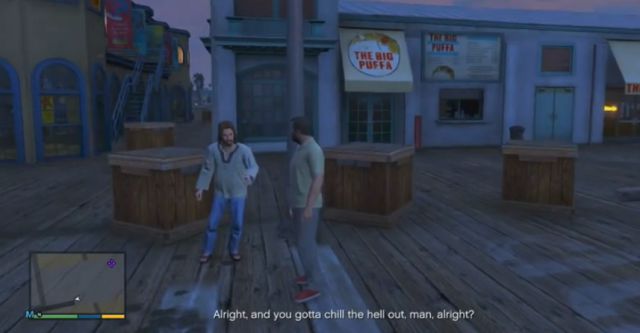 Head to downtown Los Santos and you can find a mime who will start putting on a show once you approach him. 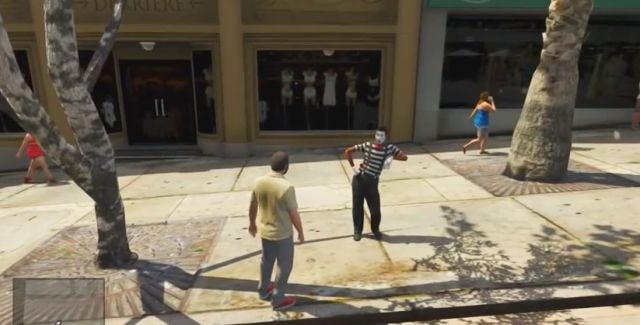 After riding the cable car up to the top of Mount Chiliad, we found this cryptic inscription on a wall. 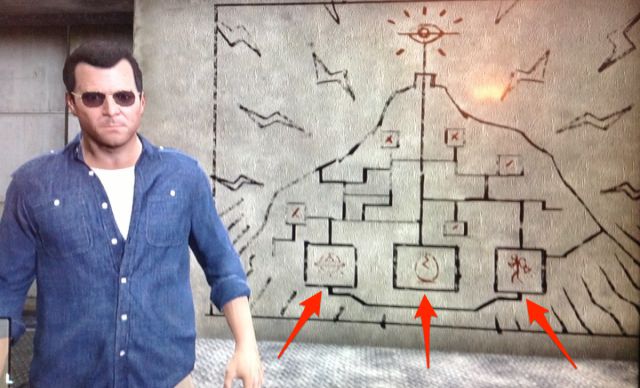 Obviously, it has to do with the aliens found throughout the game. Looks like in addition to UFOs, we can gain access to a dinosaur(?), and a jetpack (sweet).

You can find a pink dinosaur outside of Rex's Diner in Sandy Shores. 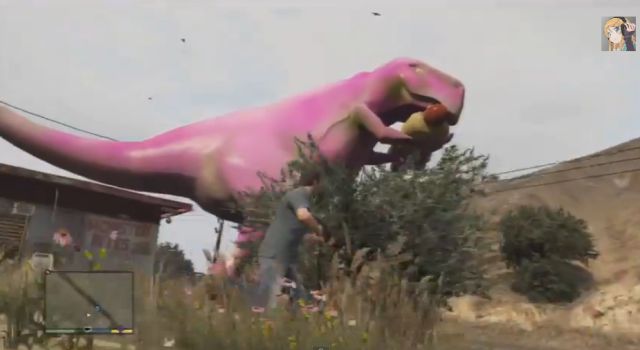 See this giant orange on top of a juice stand? 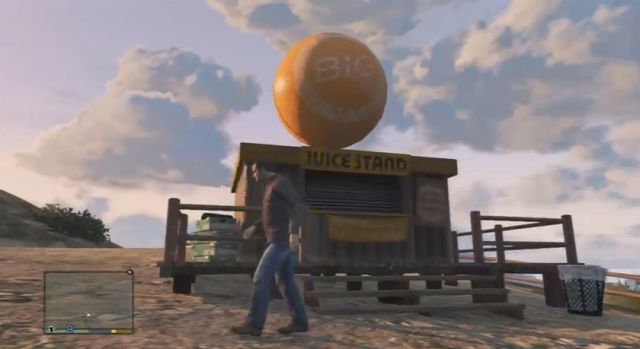 You can knock it off the top of the building and send it flying down the mountainside. It's located in the center of the map. 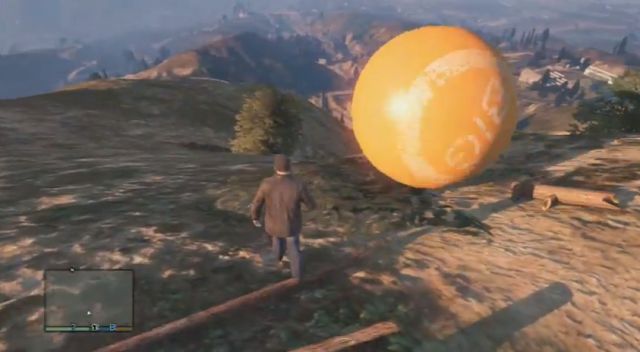 Fans of "No Country for Old Men"? There's a scene laid out in the mountains that's very similar to the movie (no spoilers). 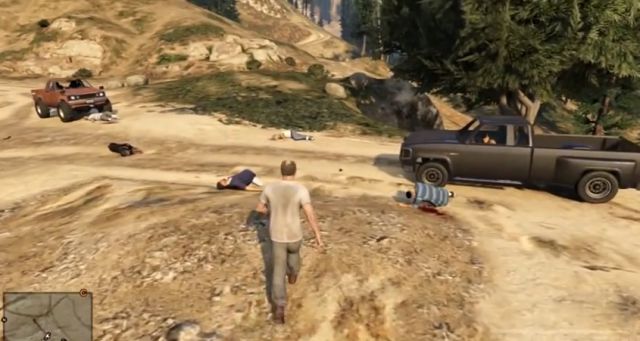 Head a little farther down the mountain and you'll find a few more men and a briefcase. Grab the case and get $25,000 in easy money. 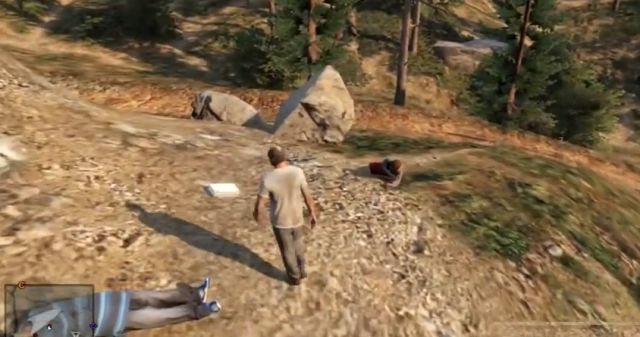 Miss San Andreas from GTA IV? You can head back to the neighborhood of the former protagonist CJ.

There are a few drawings on Mt. Chiliad. One player found a face thinking it's Aaron Paul from "Breaking Bad." 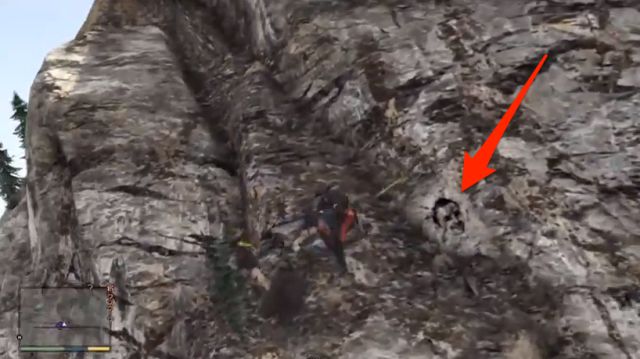 Off the Northwest coast, someone found the remains of what appear to be a sea monster. 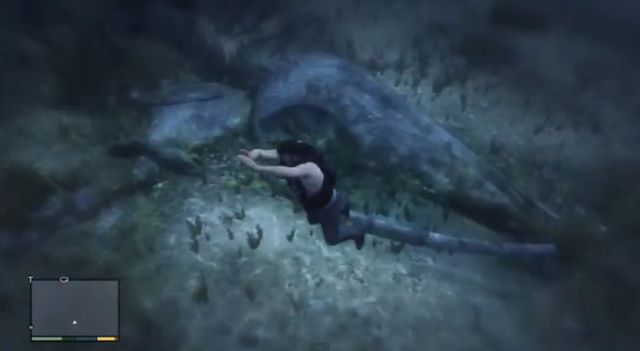 There are a bunch of custom clothes you can buy in the game for your player. Among them is a nod to Ryan Gosling's jacket from "Drive." 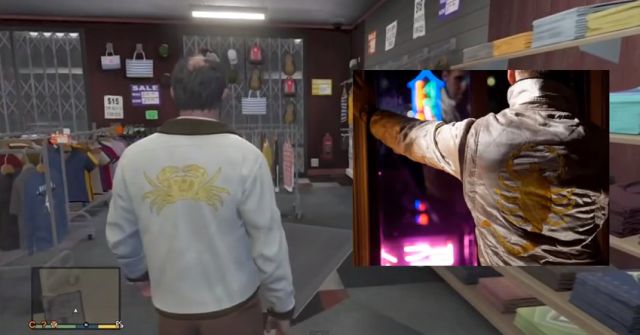 At Sandy Shores, you can find a "Star Trek" reference "Beam Me Up" spray painted on a wall of the giant alien skate park. 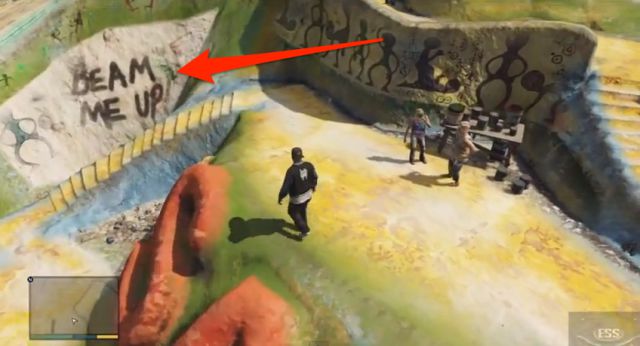 Want to find Halo's Master Chief and Superman in the game? Head over to Lester's house and he has toy replicas of the two — along with a few others — sitting on a shelf. 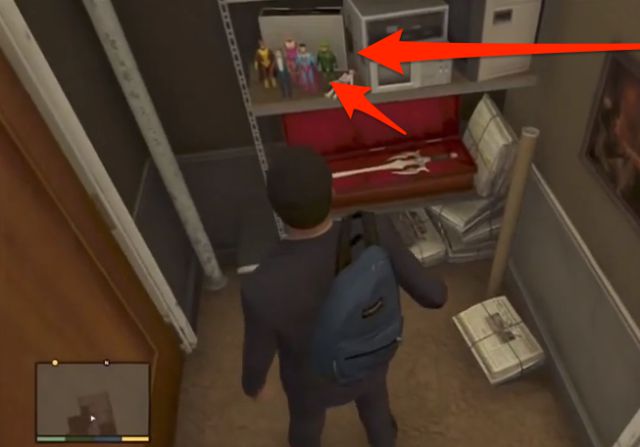