A Fascinating Look at the Universe (21 pics) 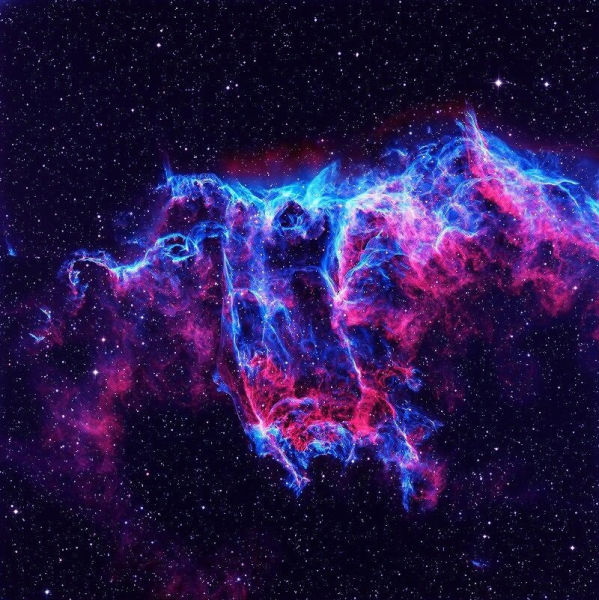 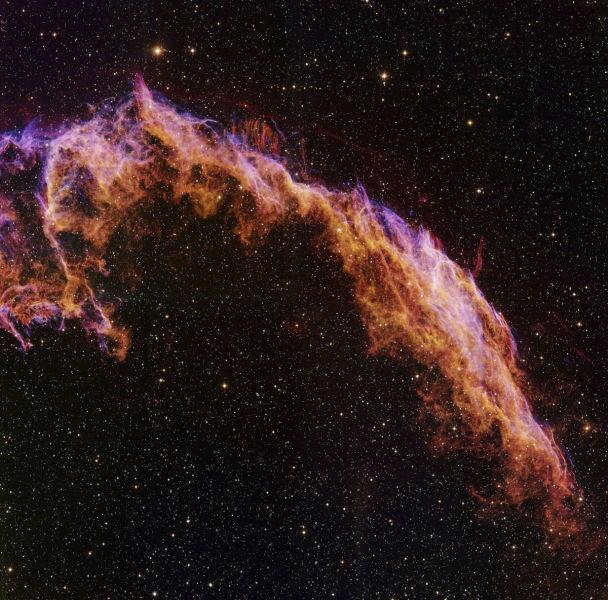 Filaments of the Vela Supernova Remnant – The explosion is over but the consequences continue. About 11,000 years ago a star in the constellation of Vela could be seen to explode, creating a strange point of light briefly visible to humans living near the beginning of recorded history 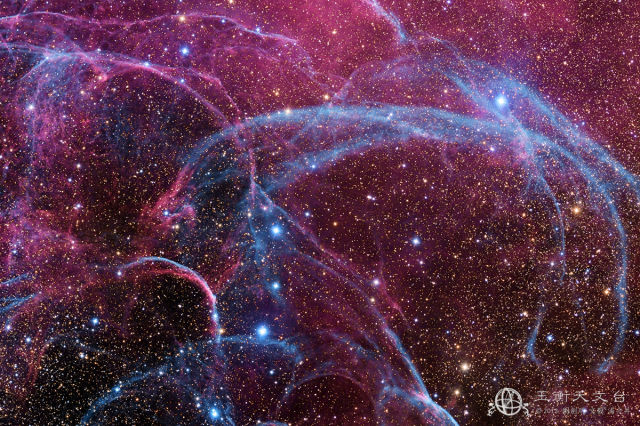 The nebula, located 20,000 light-years away in the constellation Carina, contains a central cluster of huge, hot stars, called NGC 3603 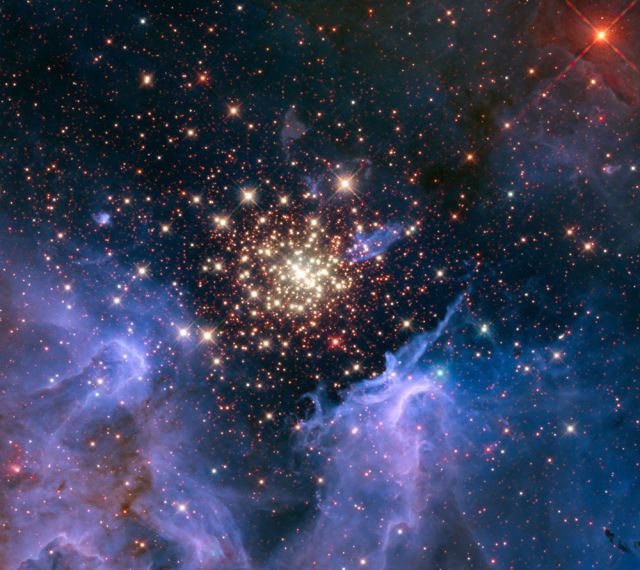 The Tarantula nebula is located 170,000 light-years away in the Large Magellanic Cloud in the Southern sky. Just above the centre of this image there is a huge cluster of very hot stars called R136. The stars there are among the most massive stars we know 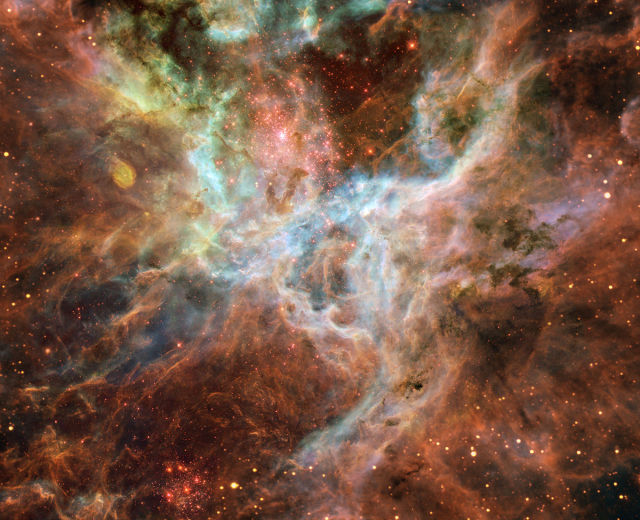 Six years ago, astronomers using NASA’s Hubble Space Telescope discovered a ghostly ring of dark matter that formed long ago during a titanic collision between two massive galaxy clusters. The ring’s discovery is among the strongest evidence yet that dark matter exists. 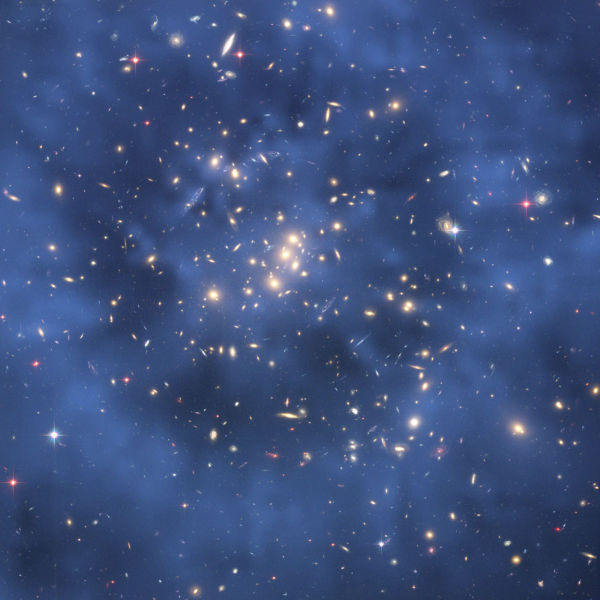 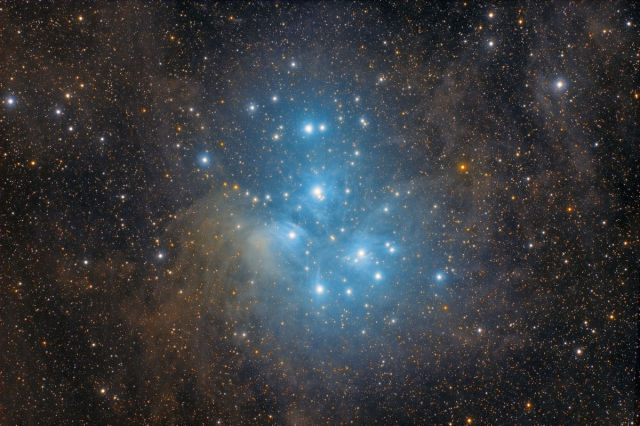 M2-9: Wings of a Butterfly Nebula — In the center, two stars orbit inside a gaseous disk 10 times the orbit of Pluto. The expelled envelope of the dying star breaks out from the disk creating the bipolar appearance 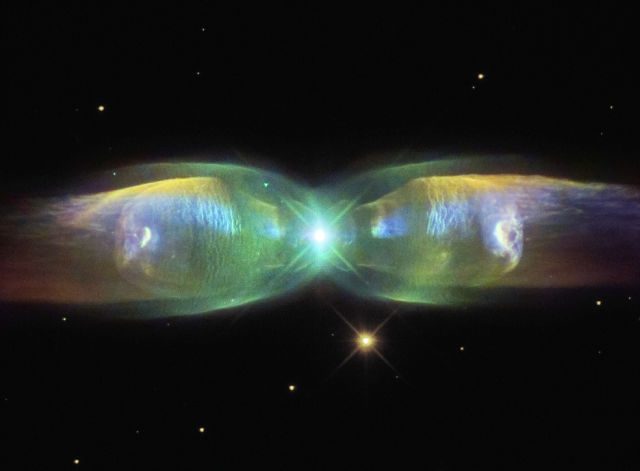 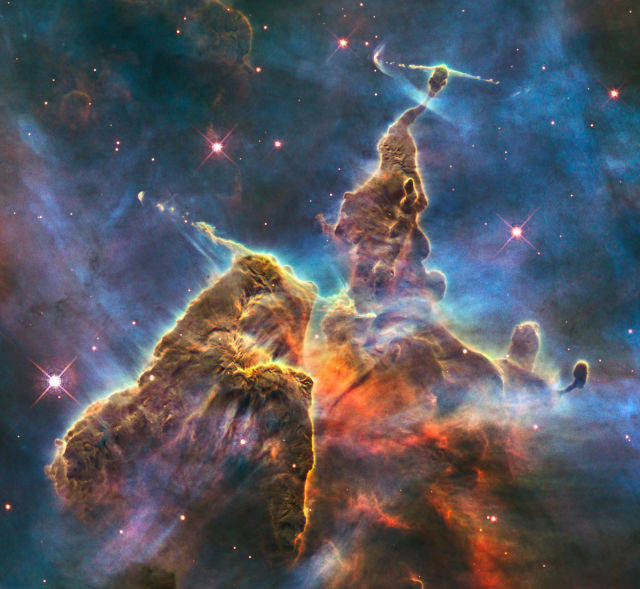 A superbubble in the Large Magellanic Cloud 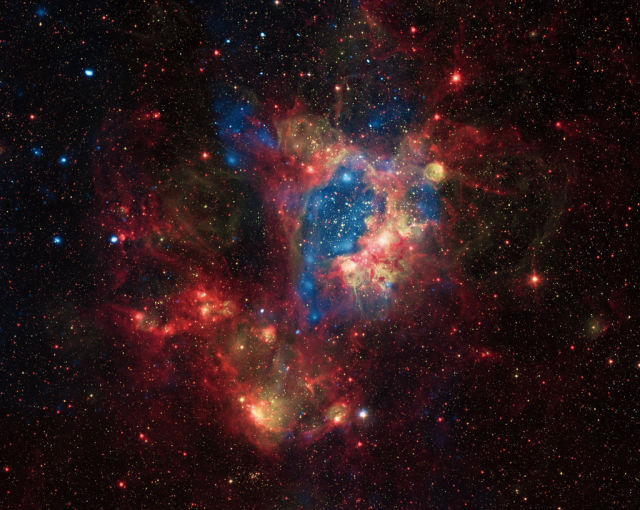 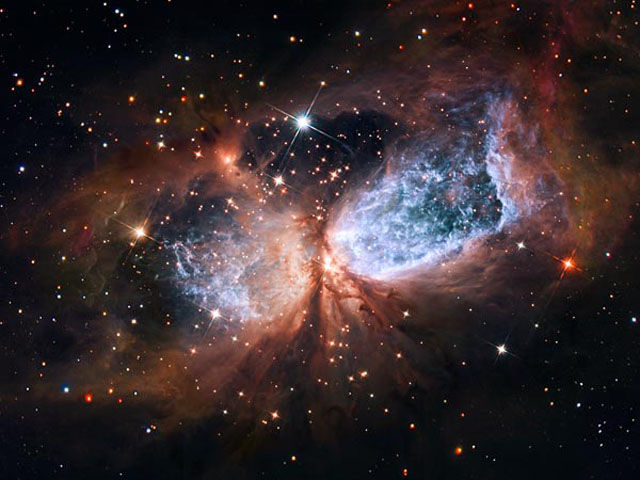 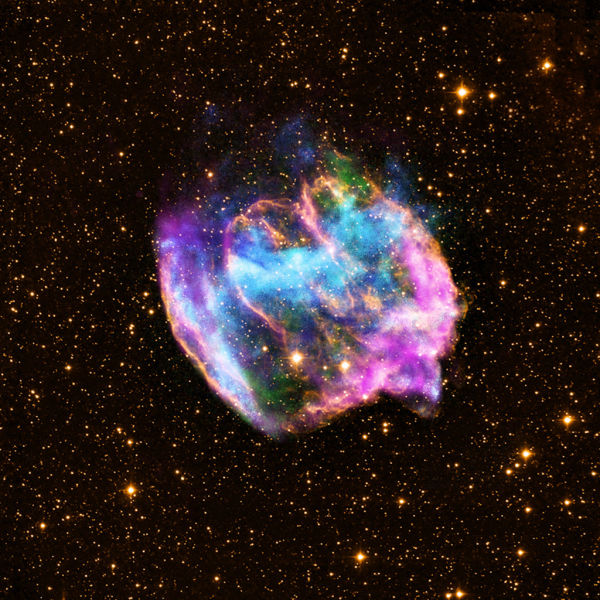 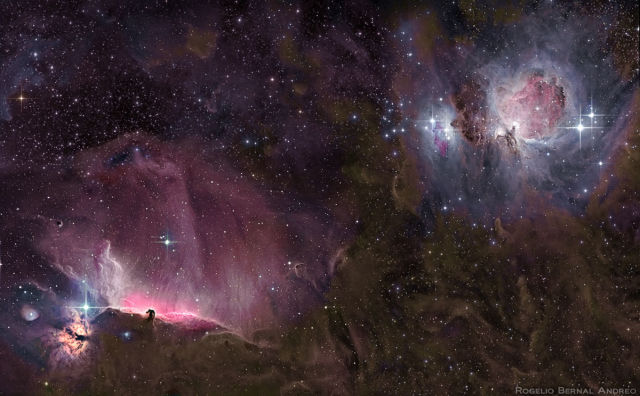 Infrared view of the Orion Nebula, 1350 light-years away 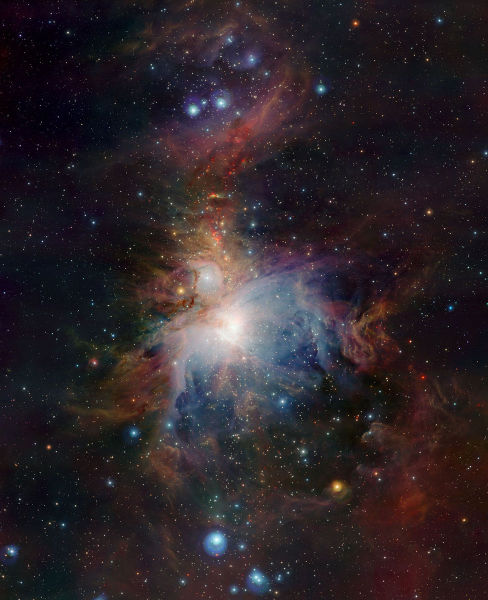 These two spiral galaxies, drawn together by gravity, started to interact a few hundred million years ago. The Antennae Galaxies are the nearest and youngest examples of a pair of colliding galaxie 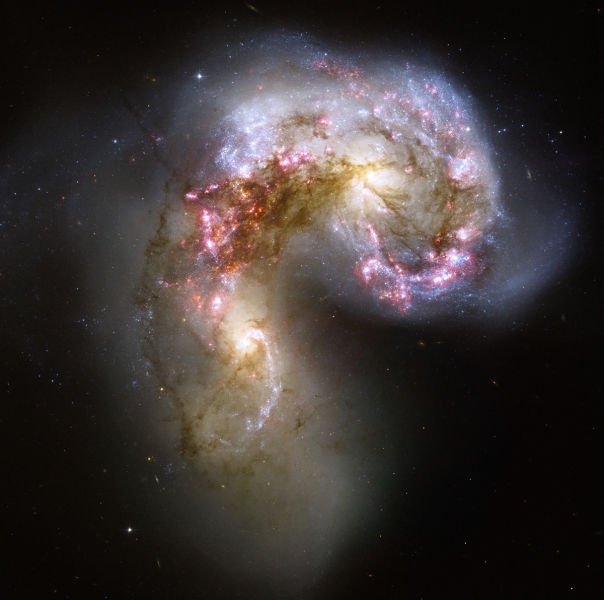 Infrared view of the Horsehead Nebula 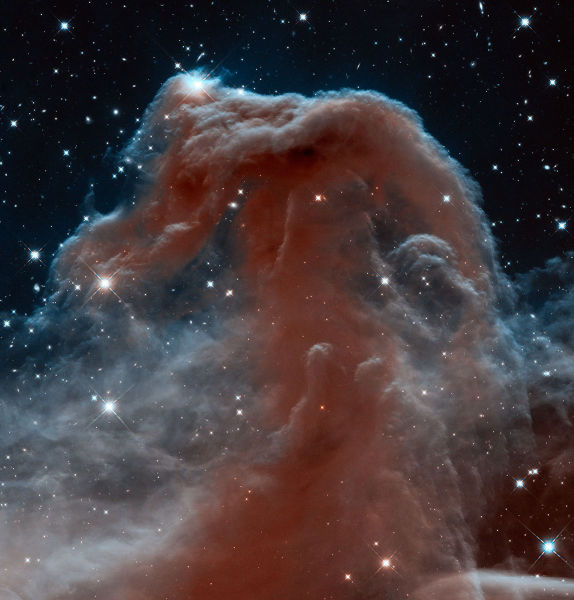 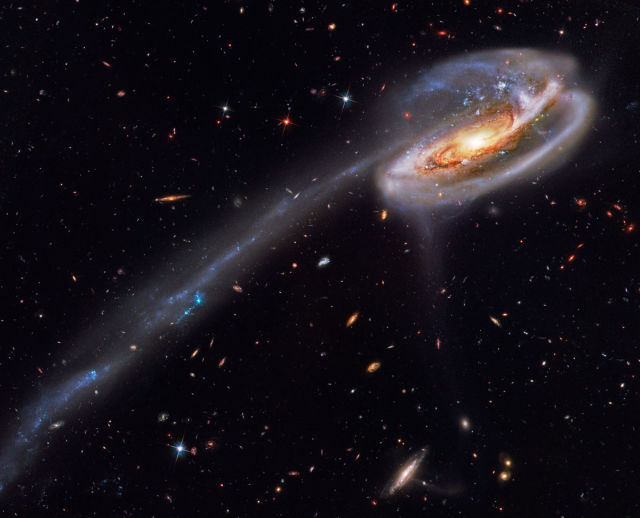 Two decades ago, astronomers spotted one of the brightest exploding stars in more than 400 years. Since that first sighting, the doomed star, called Supernova 1987A, has continued to fascinate astronomers with its spectacular light show 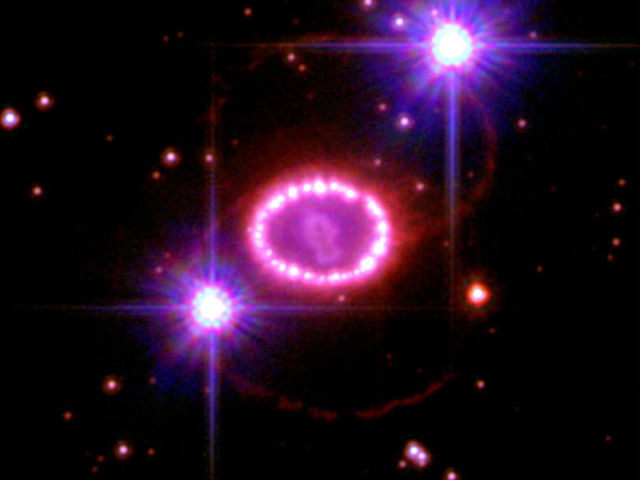 A “supermassive” star, hundreds of times larger than our sun, surrounded by obscuring outflowing gas 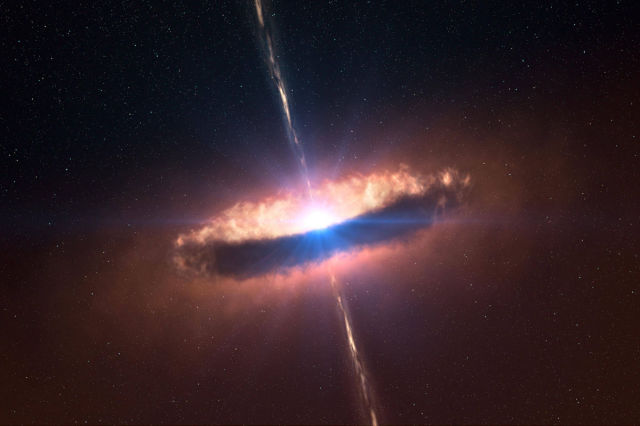 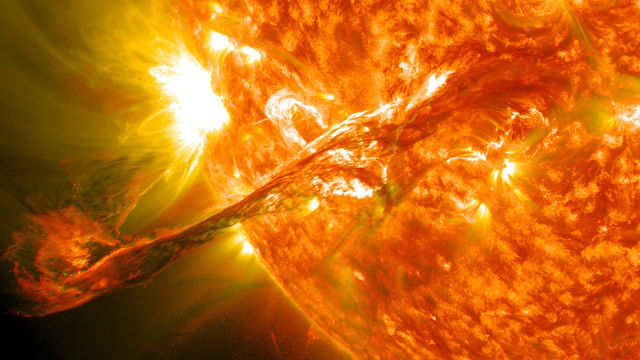 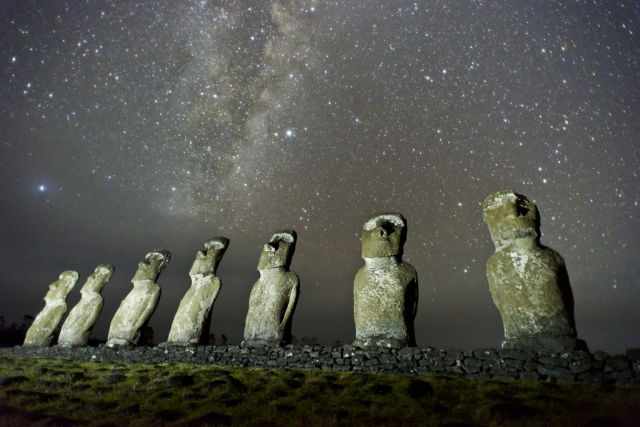