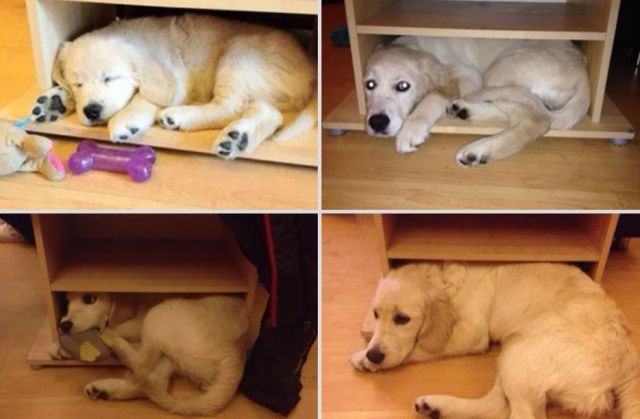 “15 years: one got chubbier, the other got new glasses” 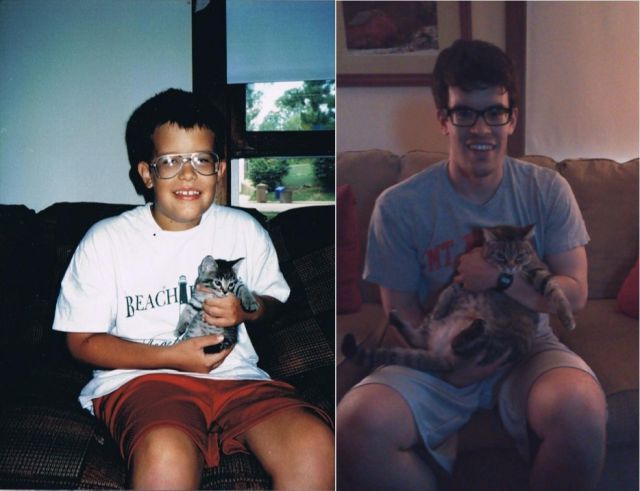 "My pup and me, four years apart" 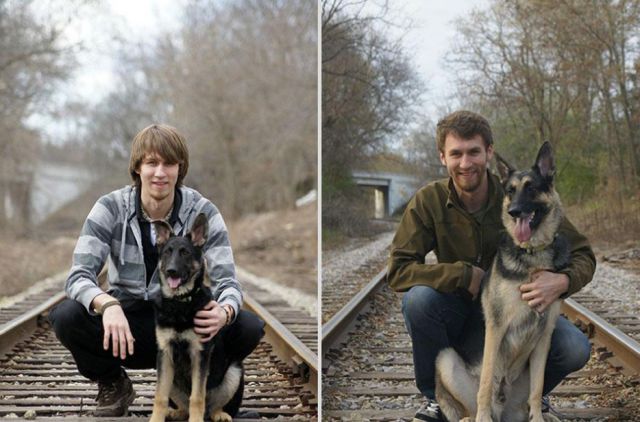 This hero rescued a puppy & carried him for 5 months in Afghanistan. 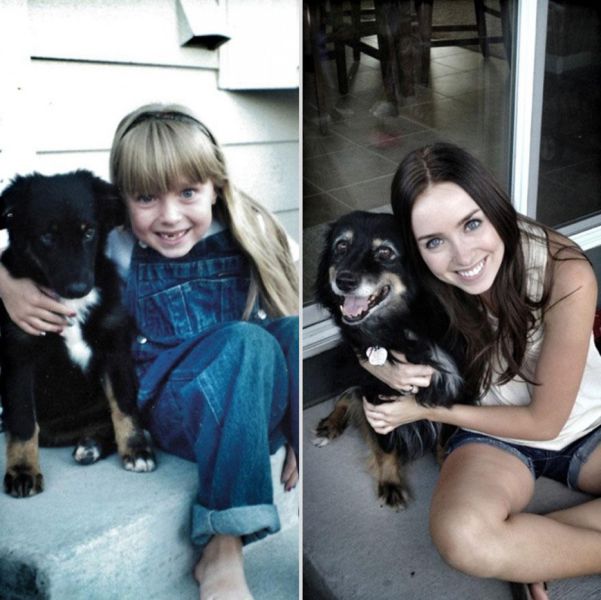 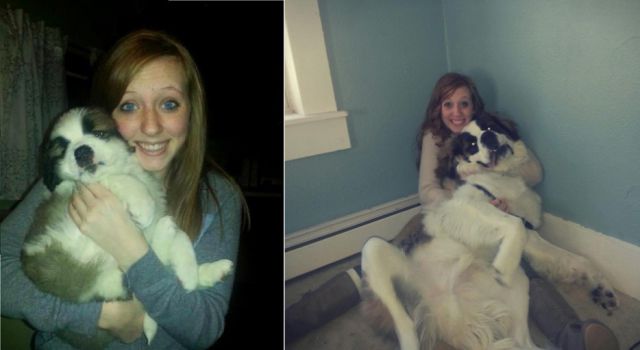 “My Beagle turned 16 today. Had her since she was born.” 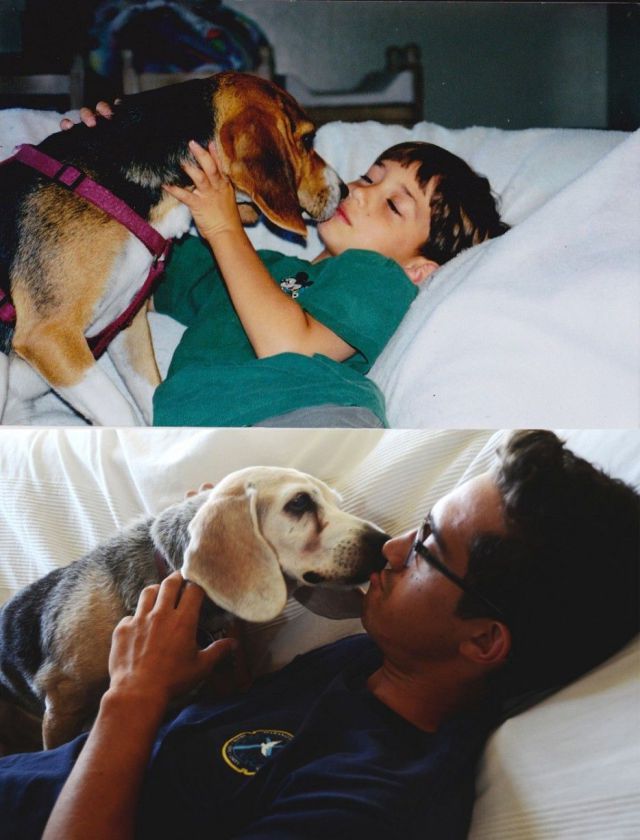 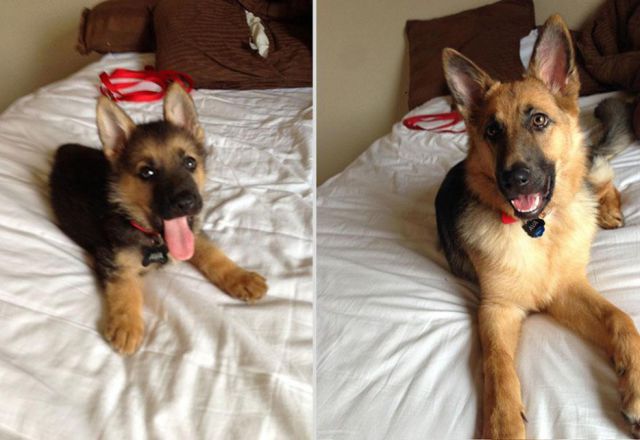 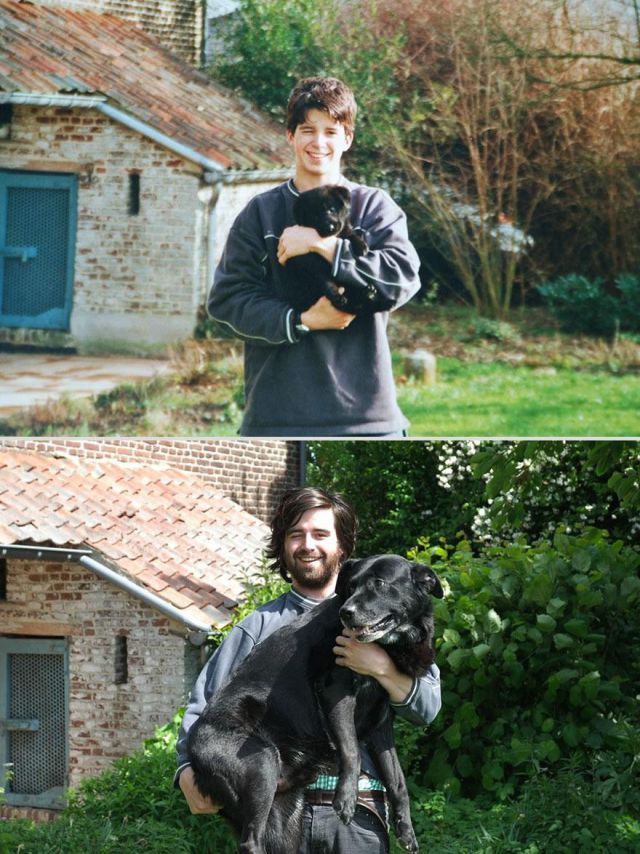 "What a difference seven months makes" 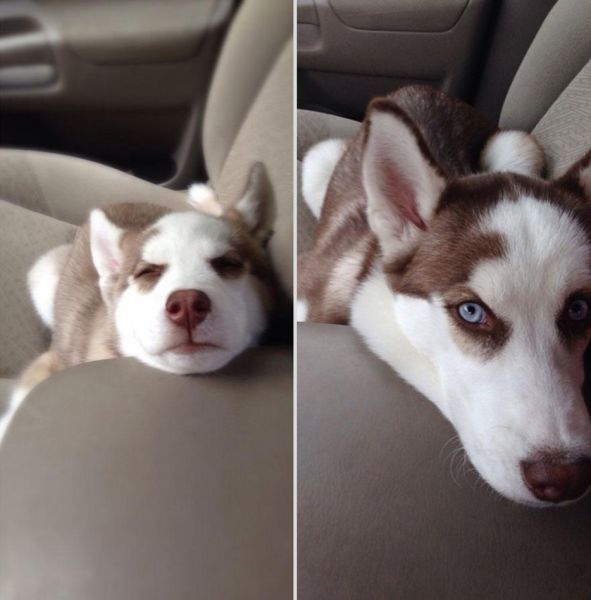 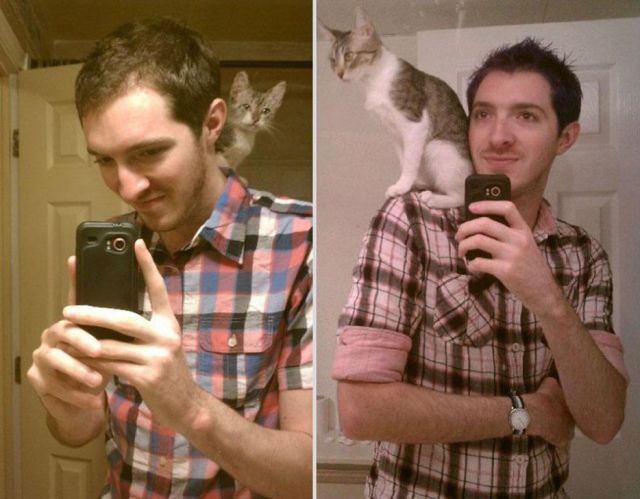 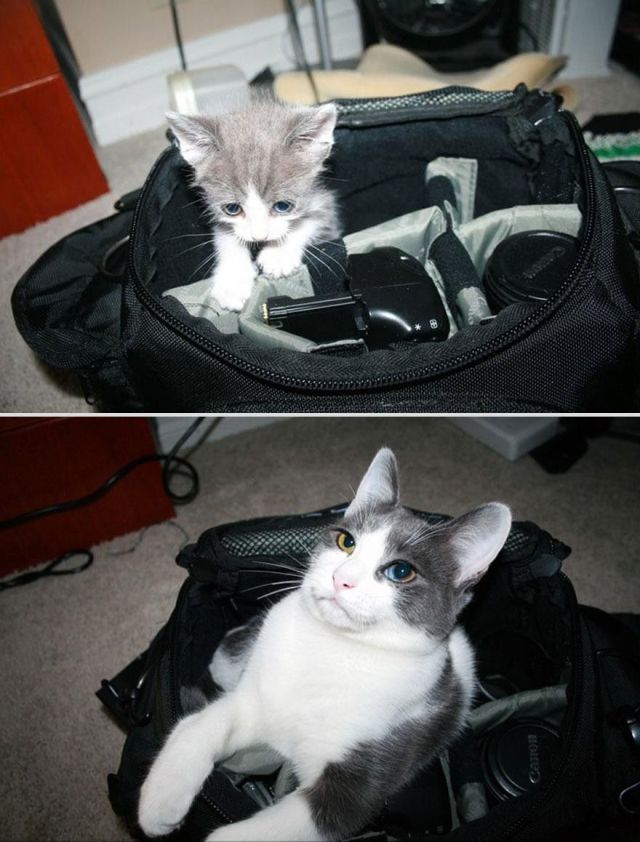 "3 months later and cuddling is not the same anymore" 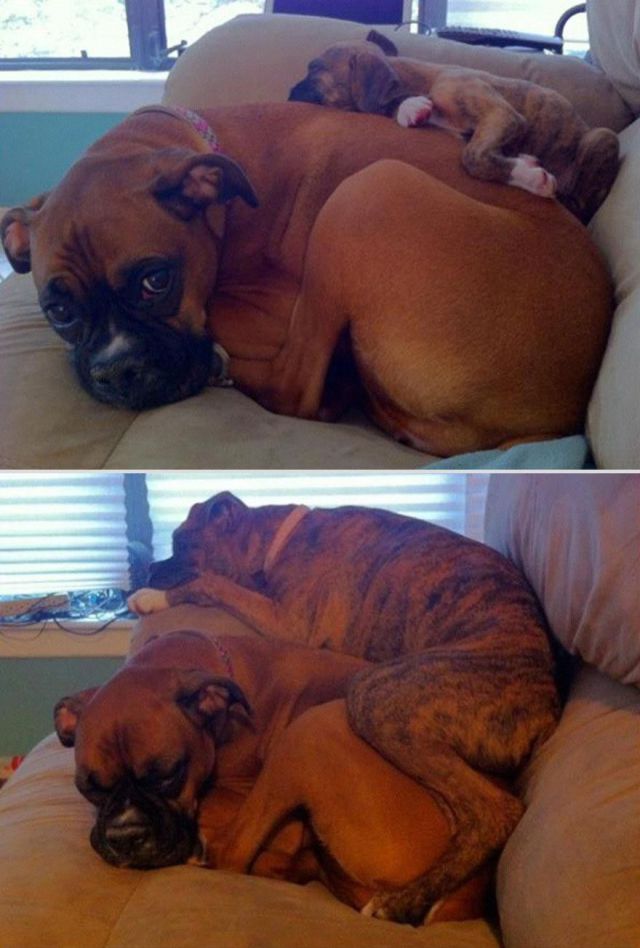 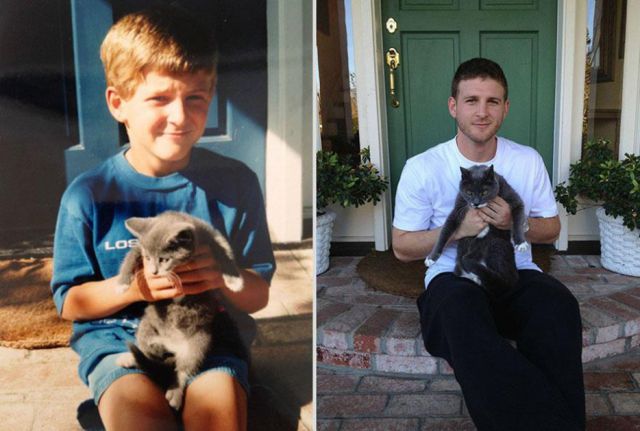 "One year later, clinging on to the same shoulder" 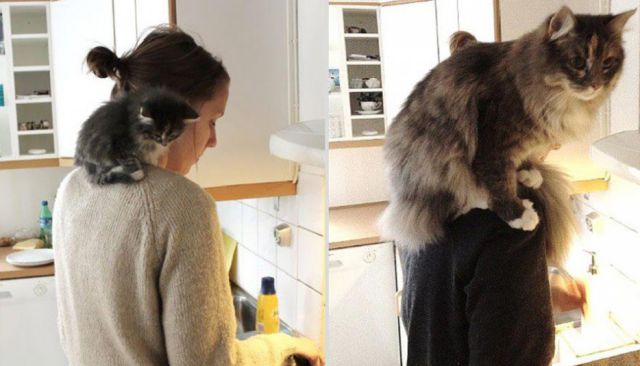 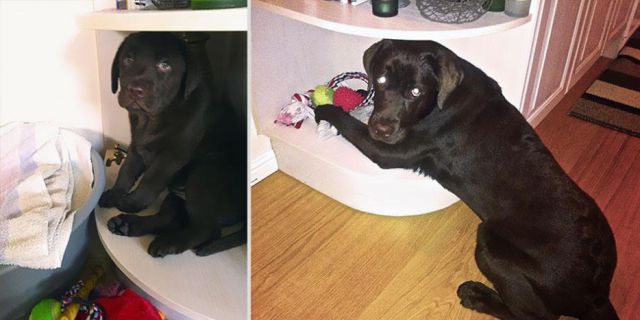 "My dog Midas and I after a decade together" 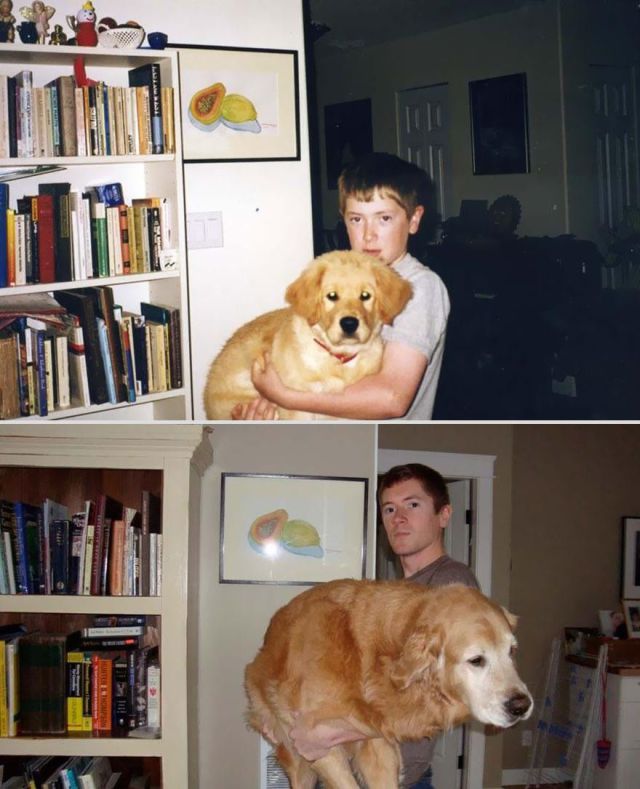 "She's quite a handful in more ways than one" 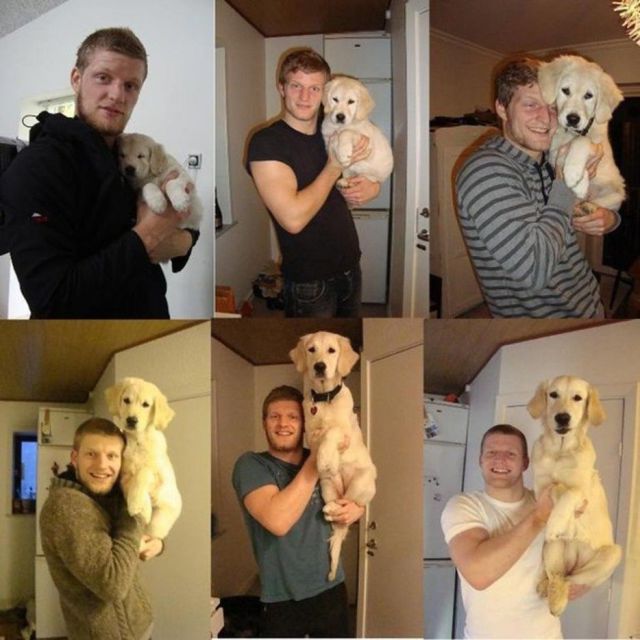 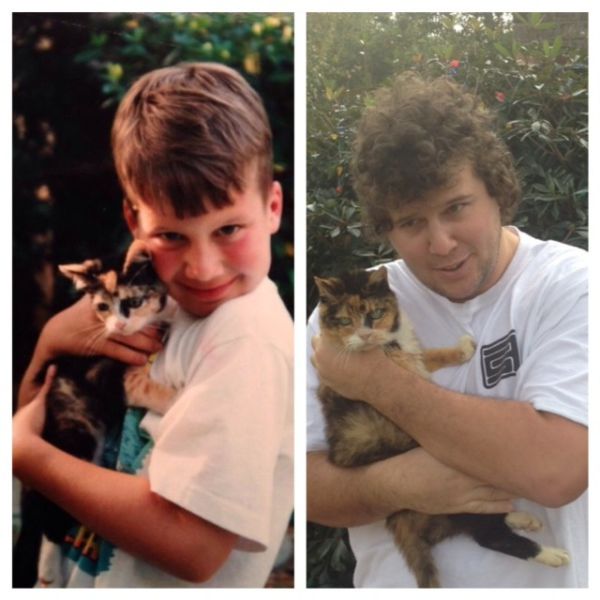 “My kitty on his favorite chair as a kitten, and less than a year later…”

“Her favorite toy, then and now"