An Epic Homemade Reproduction of the “Table of Westeros” (18 pics)

These people took their old coffee table and transformed it into an awesome “Table of Westeros” from the Game of Thrones TV series.

This used to be a plain, bare/unfinished table. I spraypainted it black years ago in college and now it's wearing out and looking pretty beat up.
1 With enough paint thinner, old shirts and elblow grease I was able to strip off a lot of the paint and the texture of the wood started to really show.
2 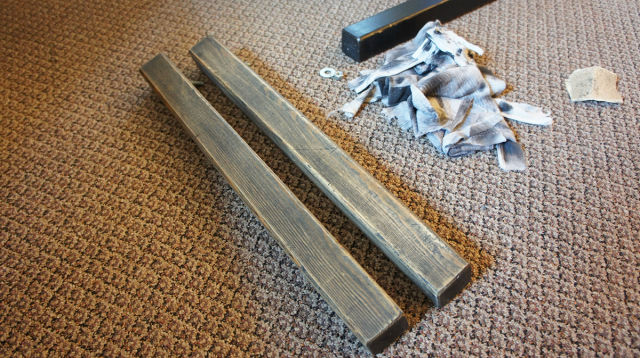 For the table stain I made my own mixture by letting a piece steel wool sit in some white vinegar for a few days. I diluted it with water until I got the right color mixture.
3 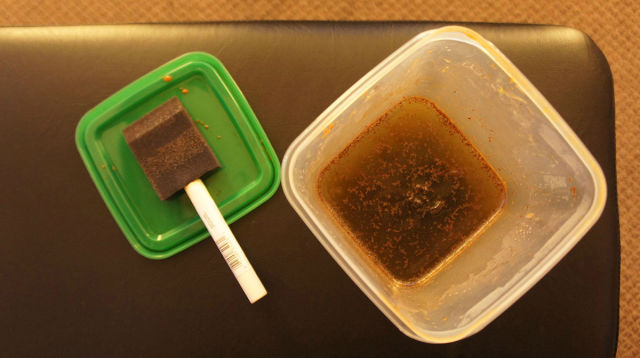 Here's what the stain looks like on the underside of the table compared to the unfinished wood.
4 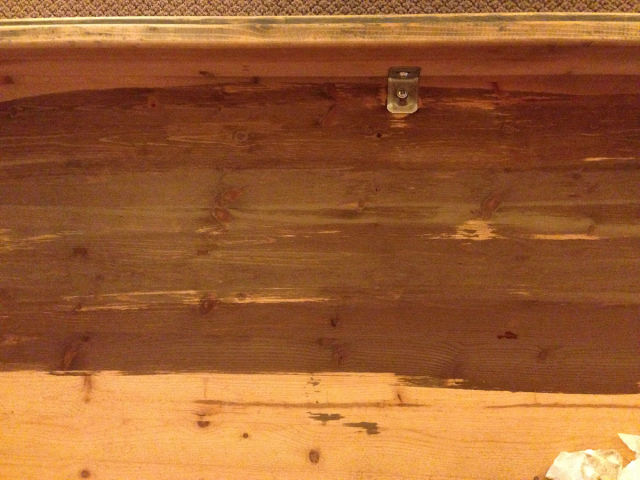 Here's the table after a coat of the homemade stain. The color darkened a bit further over time as it dried.
5 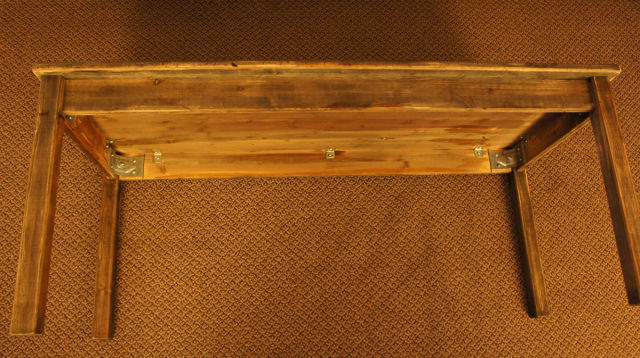 For the shelf we cut up an old wodden pallet.
6 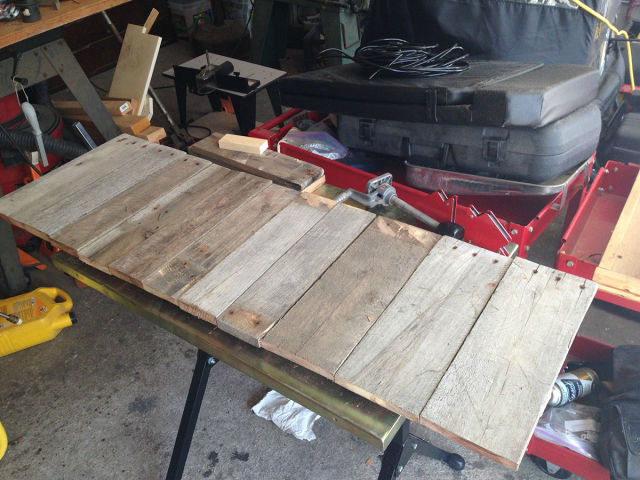 Because the tone of this wood was different from the table, I used some regular stain and diulted it with paint thinner until I got a similar color I used on the table.
7 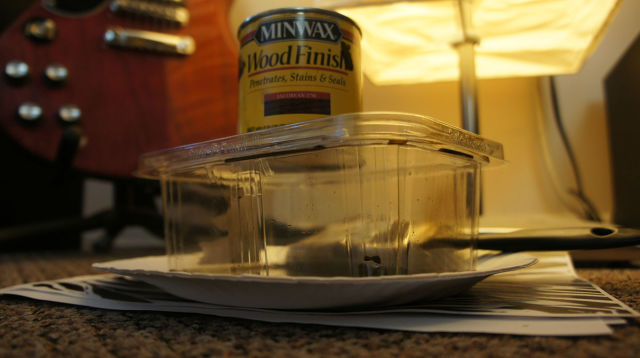 Shelf pieces after sanding and staining.
8 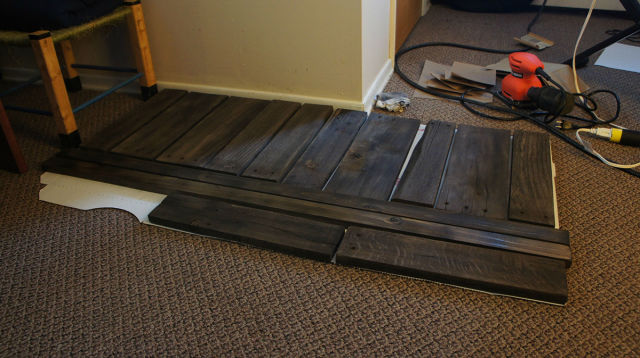 I used some DVD/PS3 cases to set the height of the shelf.
9 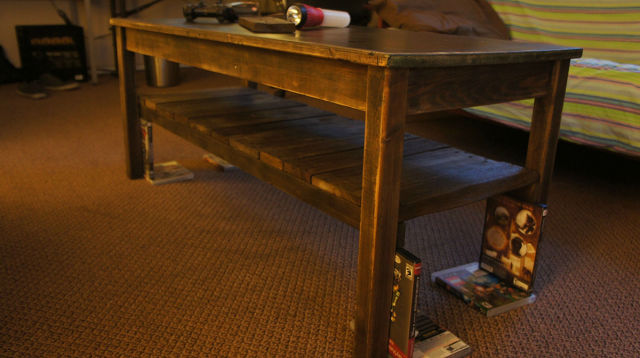 Used the highest resolution map image I could find online. Photoshopped it a bit to bring out the texture in the background/water and make the land a bit bolder in color. Got it printed at Kinkos and burned the edges to give it a rustic feel/effect.
10 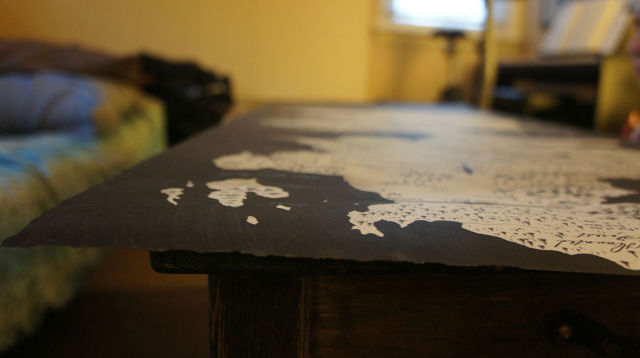 At the behest of my girlfriend, we used Modge Podge to secure the map to the table and make sure there were no air pockets. Never having worked with this substance before, I was still a bit worried at the time hah.
11 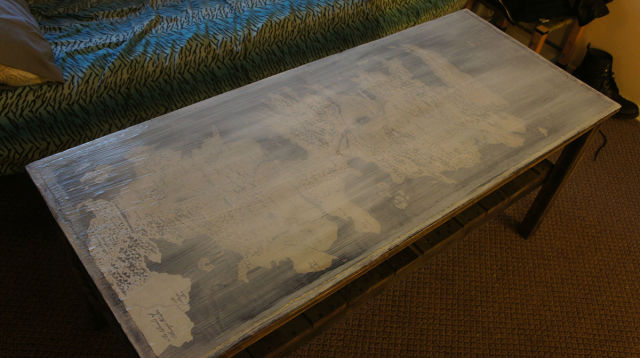 After the Modge Podge dried, I attached some rustic nail heads on top and two handles on the sides.
12 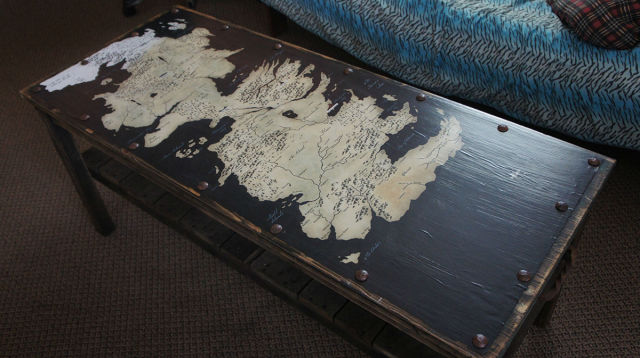 Then came the epoxy resin. Here it is after the first coat. We used a gallon in total, which gave us four coats. Total thickness is about 3/8".
13 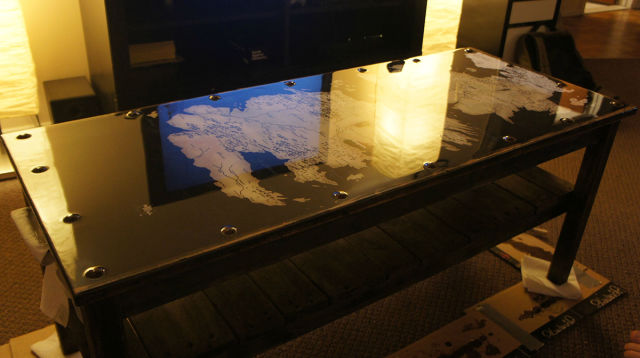 Needless to say there were drips, which I used my pliers and some fine grit sandpaper to clean up.
14 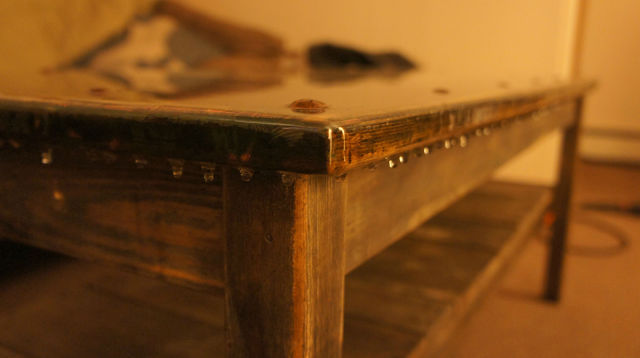 The table top after the epoxy dried. Didn't have enough to cover the nail heads but it added a nice esthetic.
15 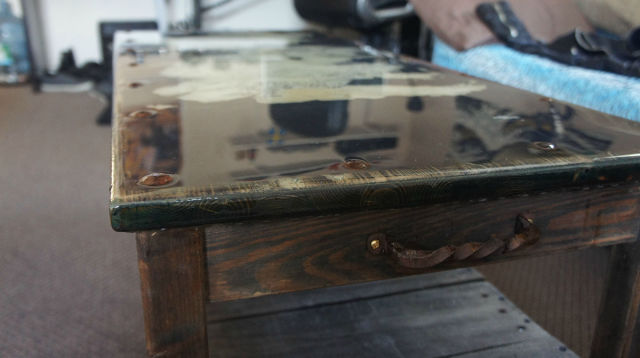 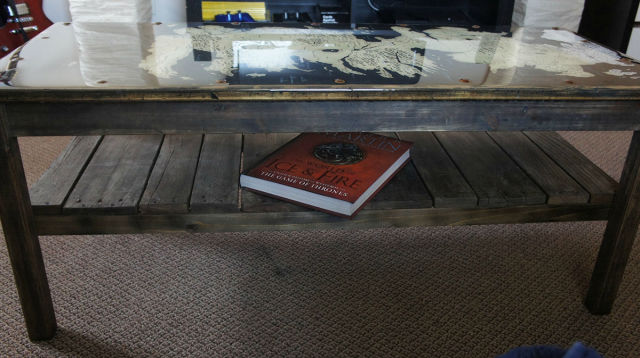 For fun we used some dry erase markers to try and figure out our own GoT version of risk.
17 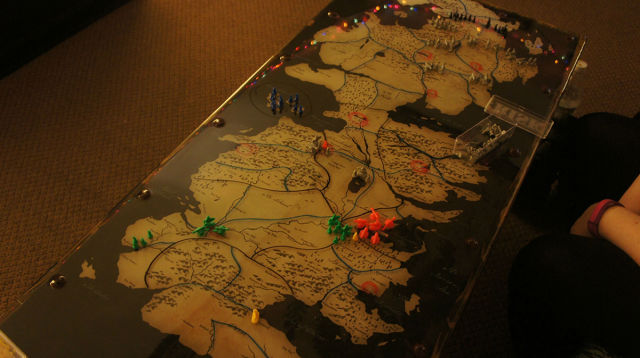 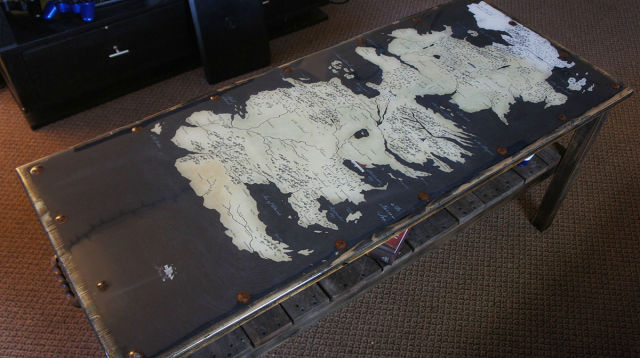