You Can Make a House out of Almost Anything (13 pics)

These unusual houses are built from things people have recycled and the end result is a creative and really cool hideaway.

This house was made out of 25,000 recycled bottles cemented together. It is situated in Cap-Egmont, Prince Edward Island, Canada.

You’d be surprised what they’re making houses out of these days. Basically nothing is off the table as you’ll see… 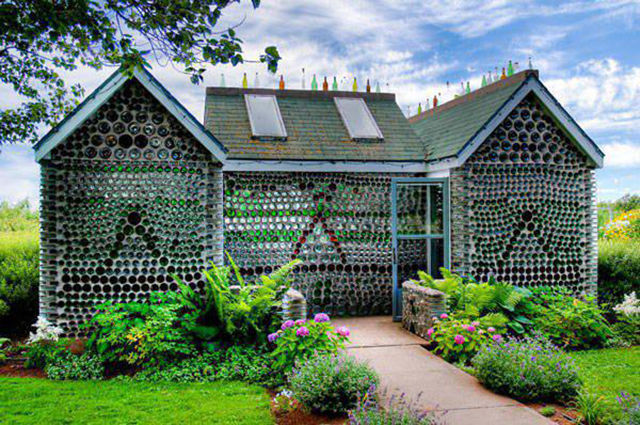 This Australian home was constructed using recycled egg cartons. I can’t imagine she’s the most stable house that’s ever been built, but hey it’s a roof over your head, right? 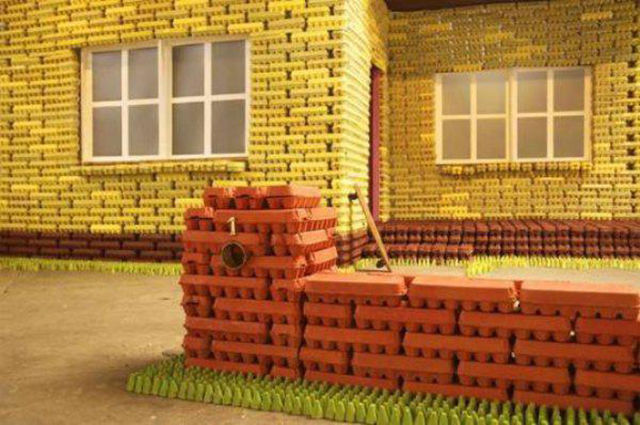 This home, designed by French architectural firm St. André-Lang, costs about $8,705 and is is located in the protected parklands of Muttersholtz, France.

Designed by Urban Office Architecture for a retired pilot this villa was constructed to give its inhabitant the feeling of living in open air. One of the better looking houses on this list for sure. 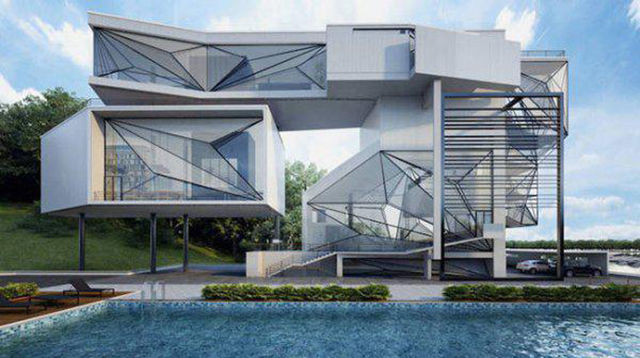 Victor Moore built The “Junk Castle” completely out of scraps and salvaged materials he found from a nearby junkyard. The artist and high school teacher started building the place in 1970 it only cost him a mere $500. 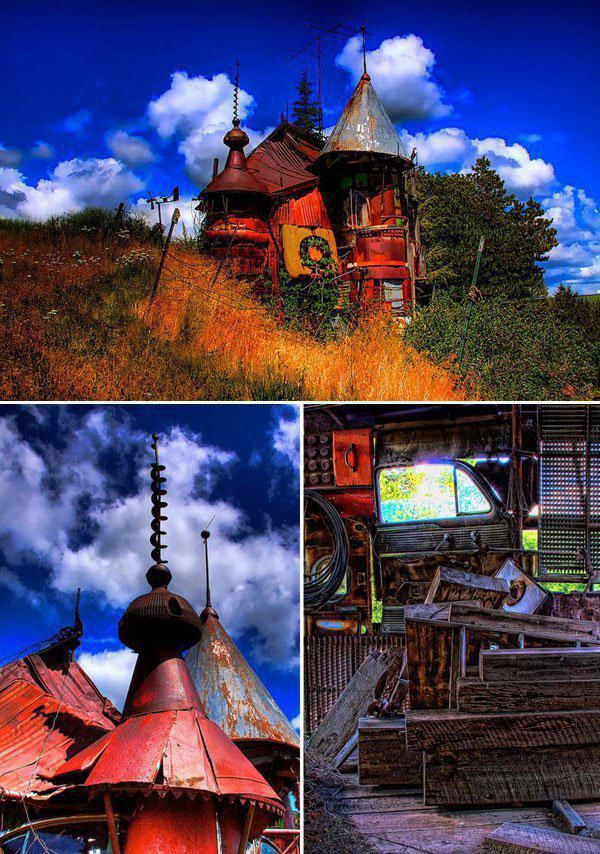 In Lindisfarne, England a house was built out of an upside down boat someone discovered on the shore. 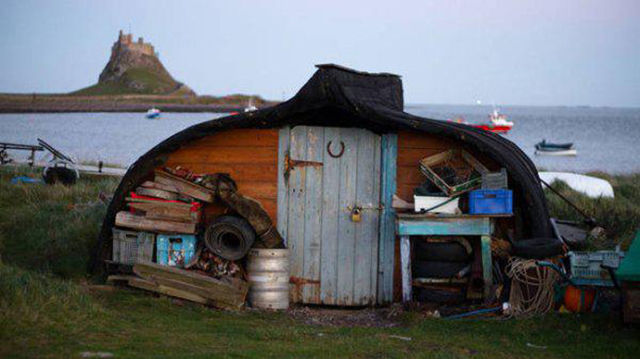 The Alfredo Santa Cruz family in Puerto Iguazu, Argentina saved up plastic bottles for years so they could build their very own home for cheap. 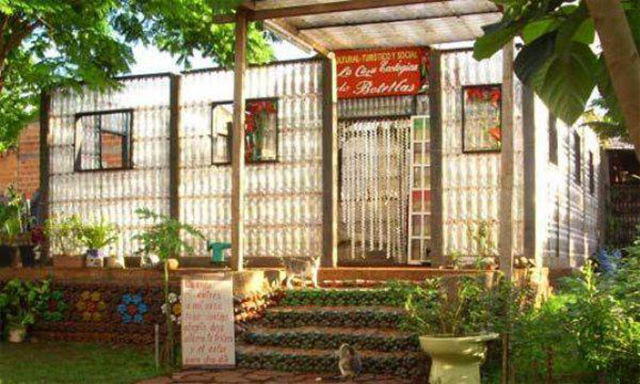 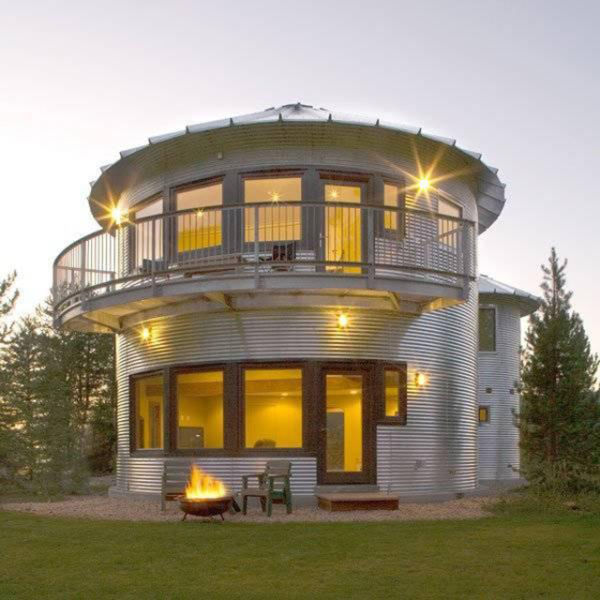 Spiral Island a bizarre floating artificial island built in Mexico by British artist Richart “Rishi” Sowa. It’s made entirely out of plastic bottles inserted in bags. The island consists of two layers of these bags with soil in between and on top of it, thus enabling vegetation to grow which creates a root system that helps keep the island more tightly packed together.

In 2005 hurricane Emily completely destroyed Spiral island version 1 but Sowa didn’t give up and picked up his project naming the second version Joyxee Island.

$500 dollars worth of wooden pallets later and here you go. The Beer Can House came to be when owner John figured it would be easier than any other alternative. “I guess I just thought it was a good idea. And it’s easier than painting.”

Admittedly, the owner admits the house does in fact smell like beer all the time, so hopefully that’s not going to be an issue. 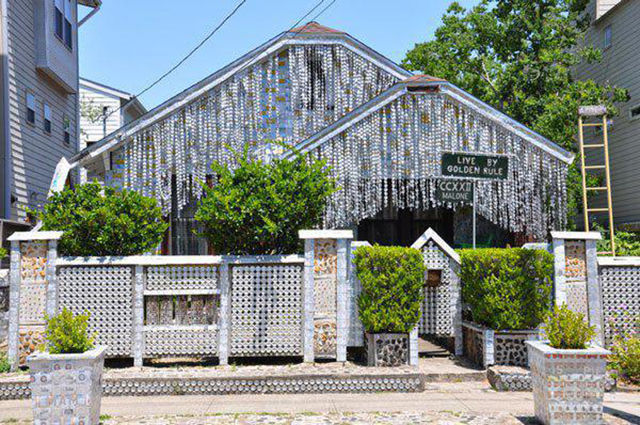 Built from two reclaimed shipping containers and some additional material that merges the two partially opened up containers to one stunning home. 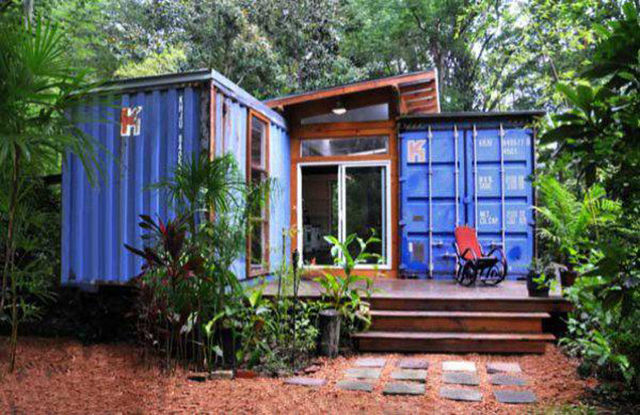 Dan Phillips builds gorgeous low-income houses almost completely out of salvaged materials, from picture frames to disused wood to license plates. “You can’t defy the laws of physics or building codes,” he told the New York Times, “but beyond that, the possibilities are endless.” 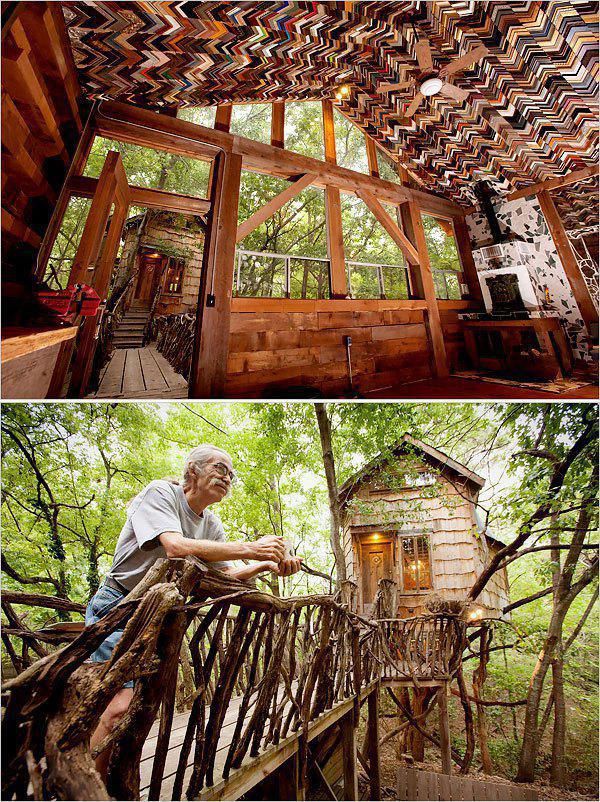