This wood grain metal is moulded into a one-of-a-kind ring that is really beautiful.

"It all starts with cutting and cleaning plates of brass and copper. In this case the critical dimensions were 50x50x0.7mm (That's 2"x 2" of gauge 22 sheets) First they are sanded with four different coarseness of sanding paper and then cleaned with scouring pads. Then they are left to soak in industrial grade alcohol. After this the sheets aren't touched with bare hands, just soldering tweezers."
1 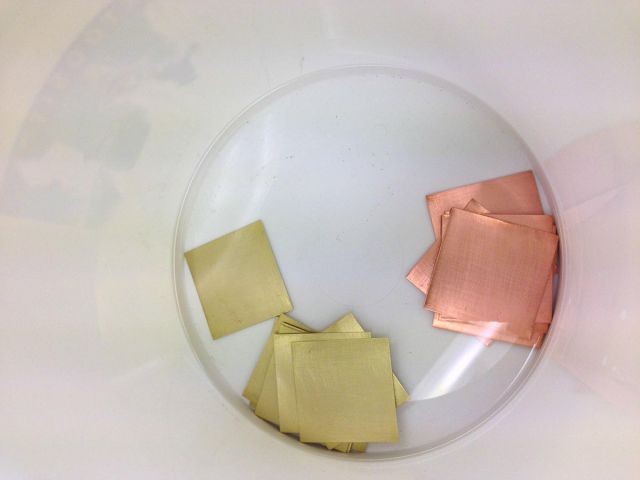 "I dried the sheets after the alcohol and rinsed them in borax-solution and assembled them as a stack to a clamp with alternating sheets of different metals. Now, the time flies. Every second adds to the layer of oxidation on the sheets, I need to get the stack into a fire as fast as possible. I fastened the stack with the help of a hydraulic press and heavy duty bolts. Also, the mumbling of ritual phrases of hope and despair was somewhat necessary at this point."
2 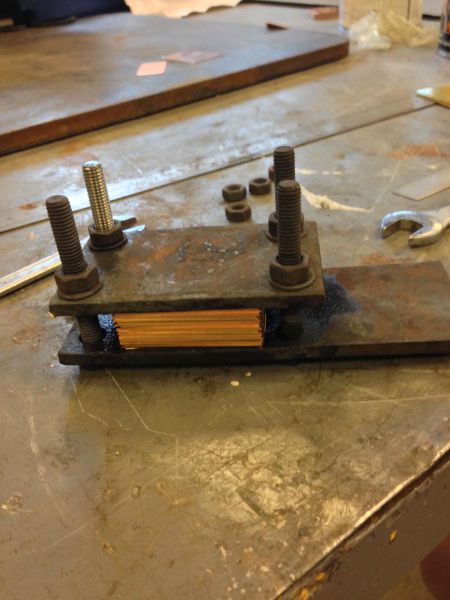 "This part is the biggest mystery. What happens is called solid state diffusion bonding by the sciencedudes, but for me, it's soaking the stack with the blaze of the furnace, coaxing the metals to join in an unholy union of metals. There are other ways of firing the billet, but this one is mine. You must know it in your soul when the metals are reaching for their melting points but because of the pressure they reach for each other instead. They will to be one solid block of metal. Then the assembly is taken out of the firing kiln."
3 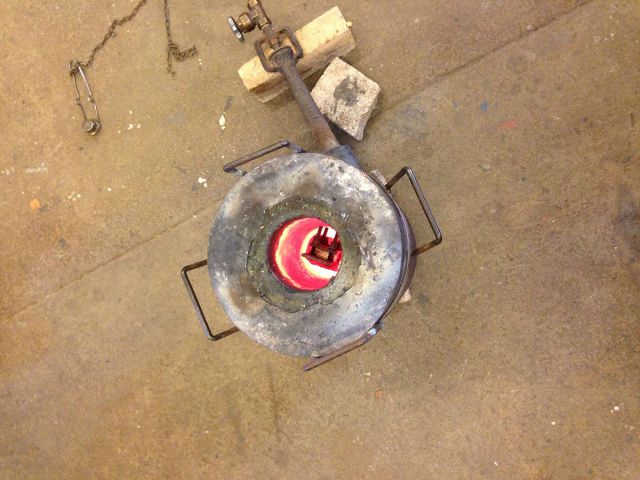 "Pressure and heat are catalysts. in 19th century, one dutch guy managed to diffusion bond gold with lead (without being burned at the stake) in room temperature. It just took two years. Heat and pressure speed things up a bit. Here's almost 10 tonnes of hydraulic pressure."
4 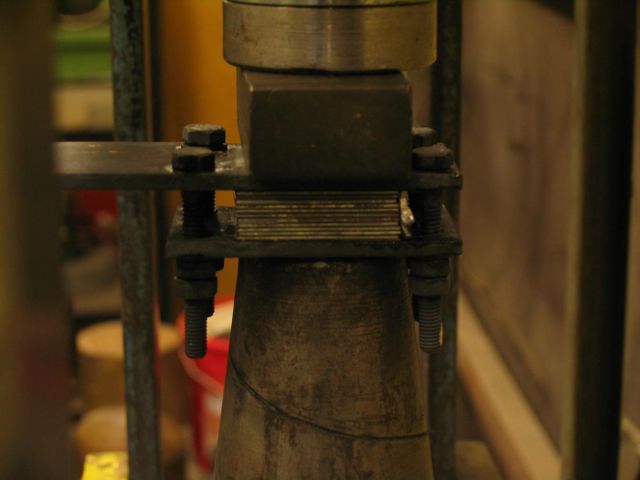 "After cleaning the edges with a angle grinder, I saw the diffusion bondage is true and complete. I now have a billet of mokume gané. After this I saw out a 10mm x 10mm slice and start the forging. I now invoke the Ukonvasara the mythical hammer of Ukko and the bonds are strengthened to withstand the transformation of this mythical metal."
5 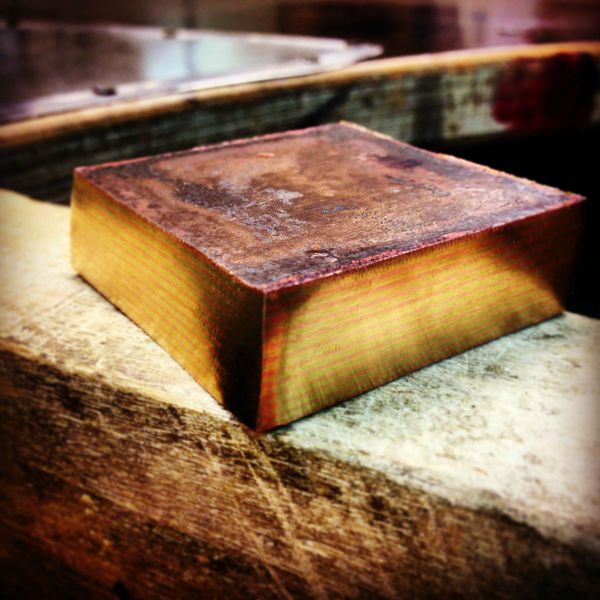 "The forged slice of mokume is forged and twisted cold. This is no job of a blacksmith. They heat the metal before forging the iron. Mokumesmiths heat the billet to anneal it, and then quench it. This kind of torture of metal is the only way for it not to break when it's twisted for four whole turns."
6 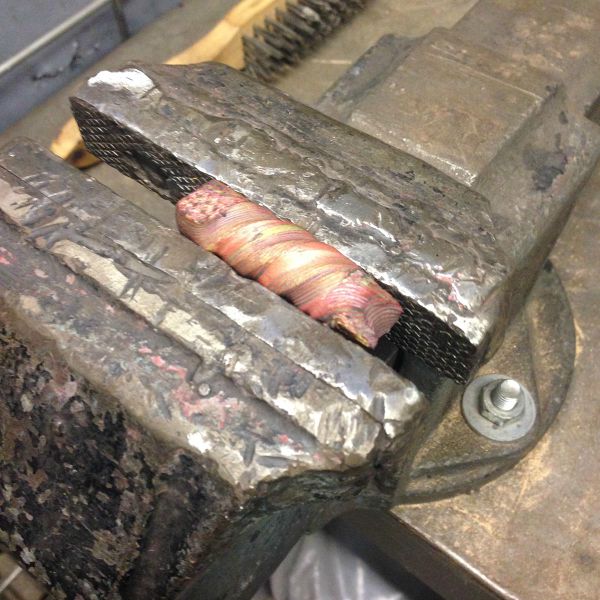 "Constant heating while twisting is the key. The slice of mokume is annealed to red heat and quenched for every 90 degrees of twist. Yes there still is a lot of heat inserted to the ring. After the turns are done the material is forged to and oblong shape and the wood grain starts to emerge." 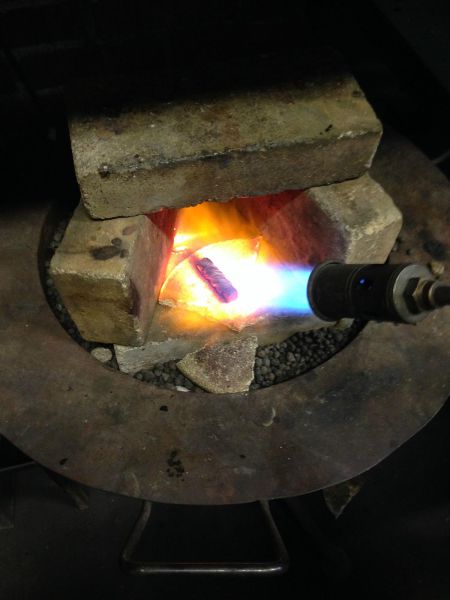 "Here's the seamless part. The ring is made from one oblong by opening it from the middle."
8 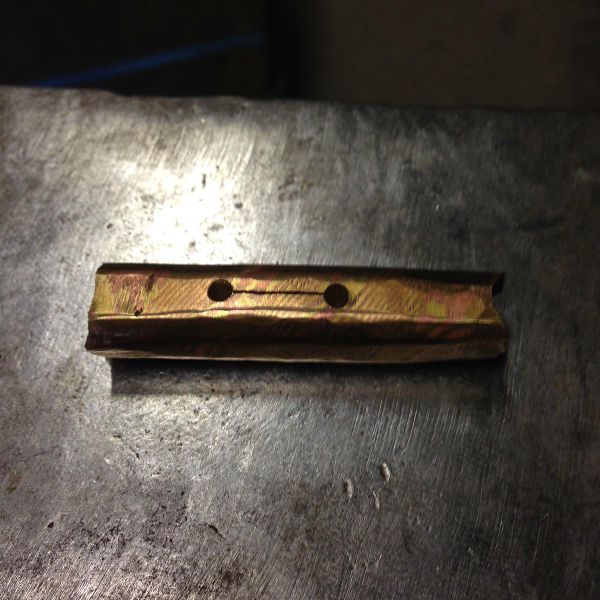 "Even if it resists as only cold metal of mythical properties can, my assertion of my will over it bears fruit. It's starting to resemble a ring."
9 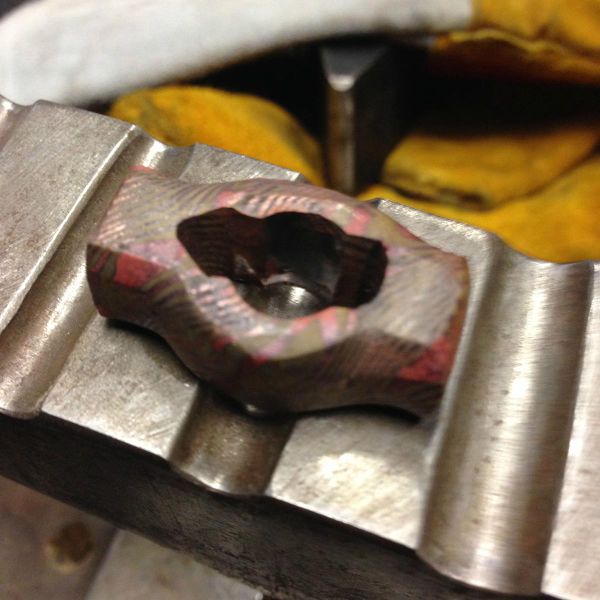 "Numerous hammerstrokes later I've conquered the metal. I've cut of the excess and forged it to a raw form. Now to find the hidden beauty inside it."
10 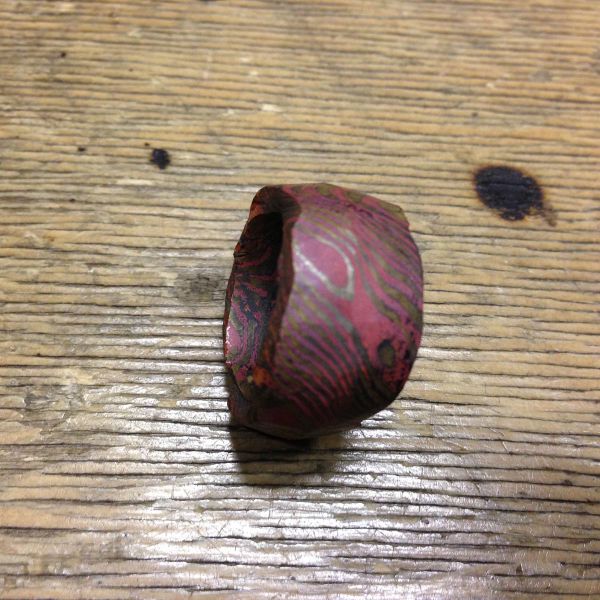 "A Silver-Copper patina called Blitz is applied to make the grain more defined so I got to decide on the final form, how the grain lines go and where to find the perfect shape."
11 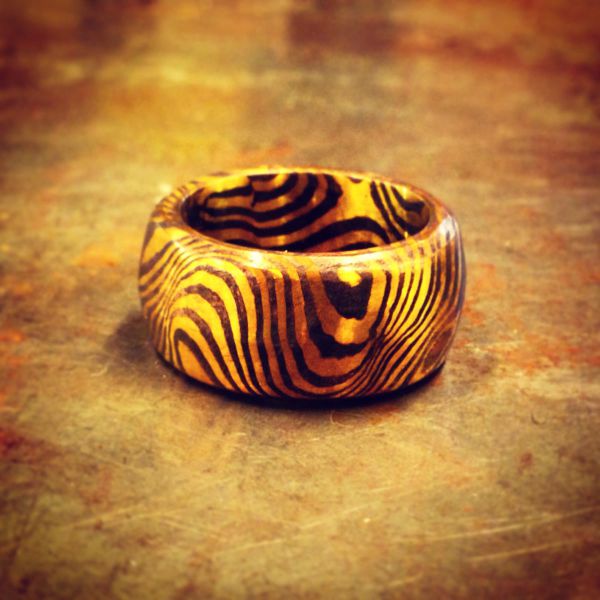 "I have it. It's a seamless ring of two metals made one. Now to refine the form with further filing and grinding. Once the form is ready, it's time to soak the ring in nitric acid so it'll eat away the patina (It doesn't endure stress) and some of the brass, so the grain is even more pronounced."
12 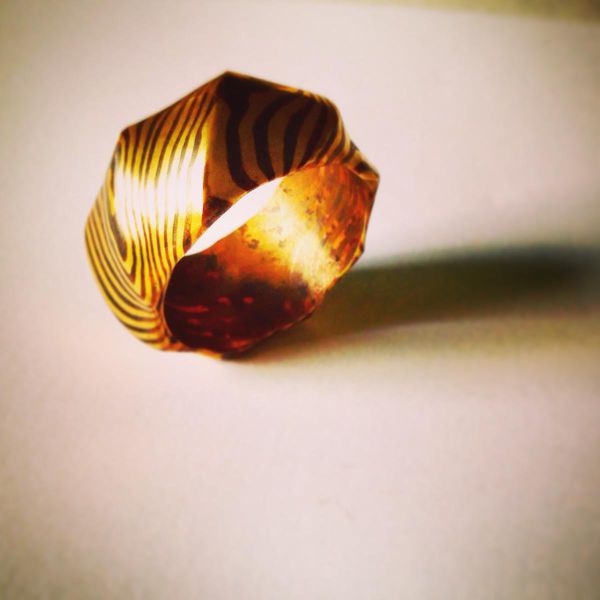 "To stop the ring corroding inside out because the wearers sweat and to prevent the ring coloring the finger of the wearer, a silver inner ring is fitted and soldered to place. then the excess silver is filed away and the seam is sanded to a nice finish."
13 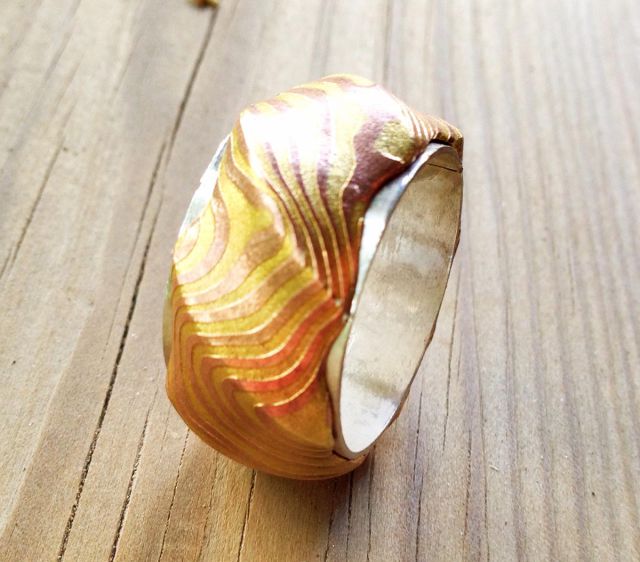 "The ring is ready, but I must flee. He is after it, and my life is forfeit for telling the secrets of the Gwaith-i-Mírdain. Fare thee well, my friends."
14 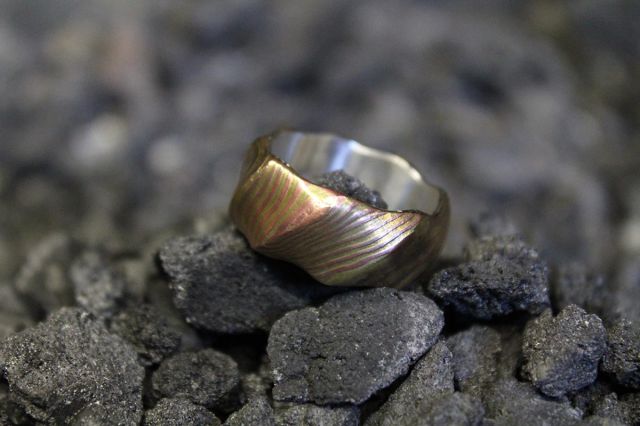 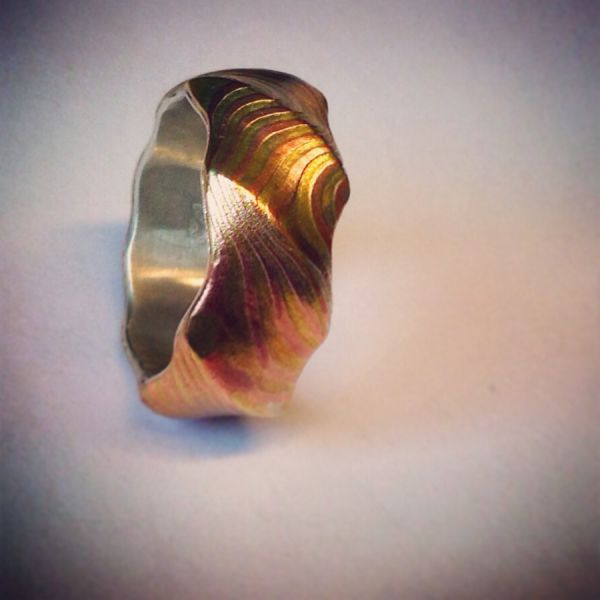