The chair that has a notch cut into it for your bag. 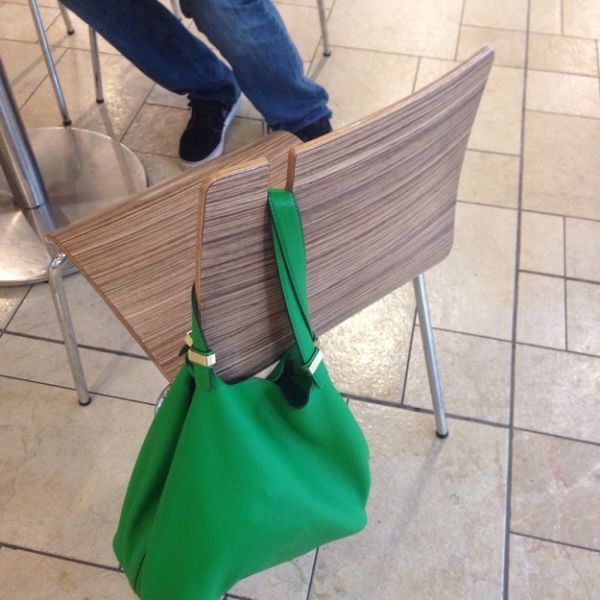 The radio that doesn’t play until your seatbelt is buckled. 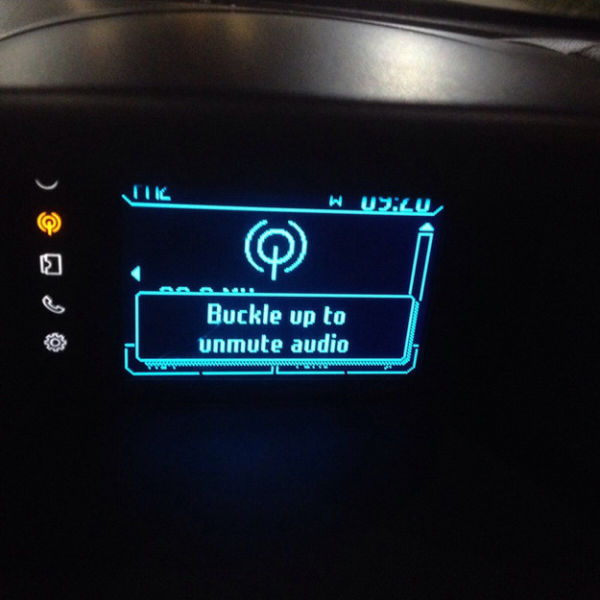 These Pringle-like crisps with a tab that lifts them up so you don’t have to put your hand in the tube. 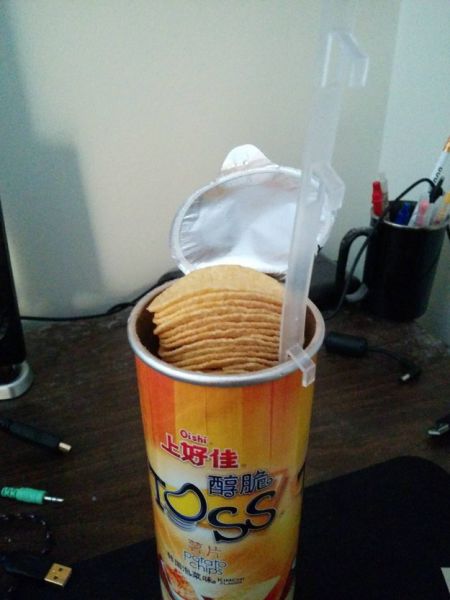 The mirror with a heated section in the middle so it doesn’t steam up when showering. 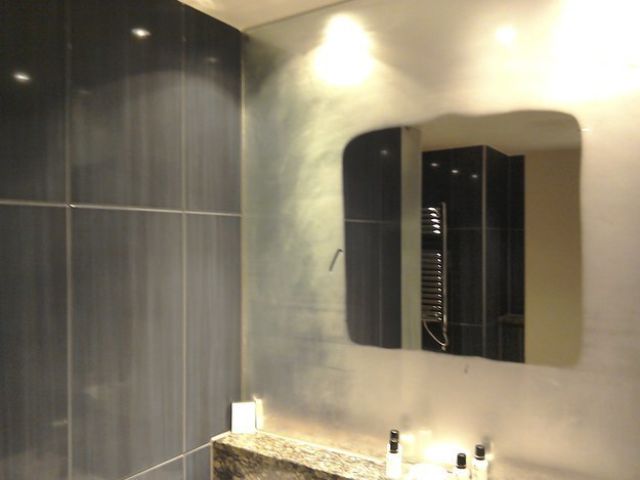 The sewing kit that comes pre-threaded. 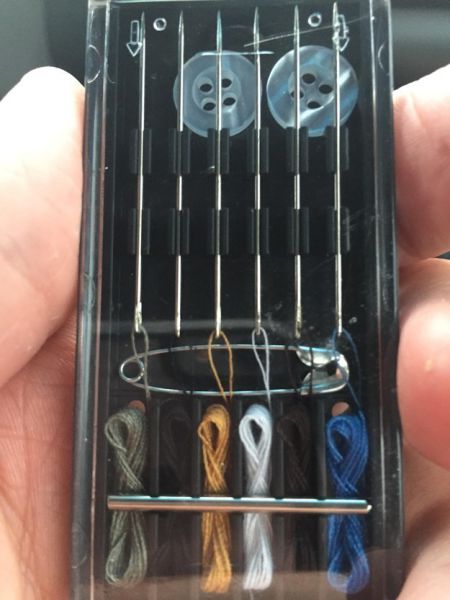 The gum that comes with a tiny set of Post-its for throwing it away when you’re done. 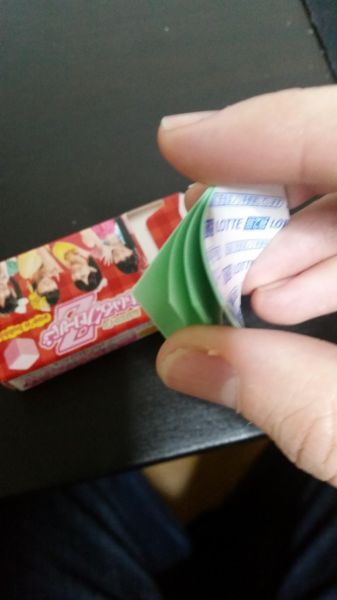 The vending machine for dogs. 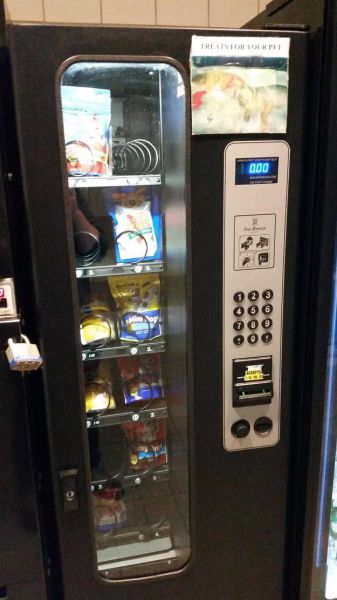 And this one that just sells mustard. 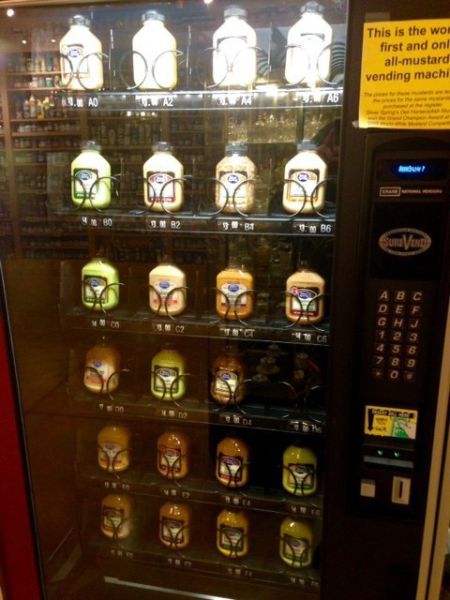 The Canadian store that gives a bigger discount the colder it gets outside.

The Korean petrol station where the pumps hang from the roof, so it doesn’t matter which side your petrol cap is on. 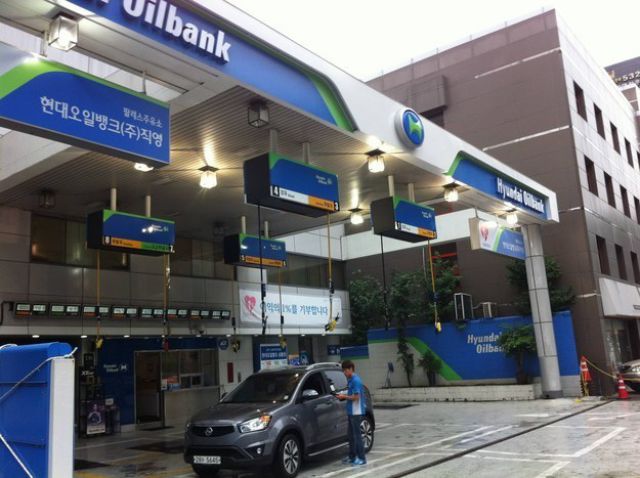 The school that has somewhere to lock up your skateboard. 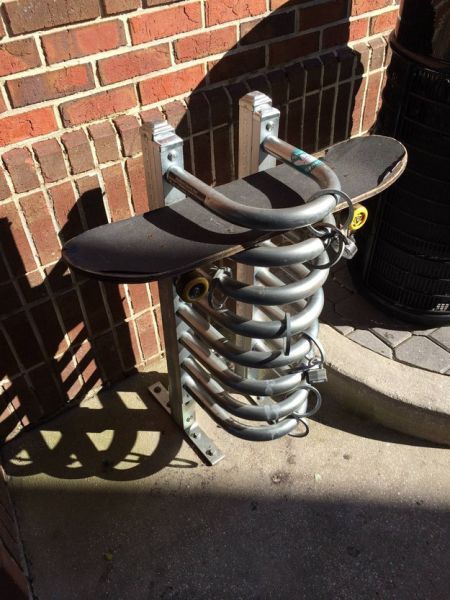 This mango that has a sticker that tells you the optimum colour for taste. 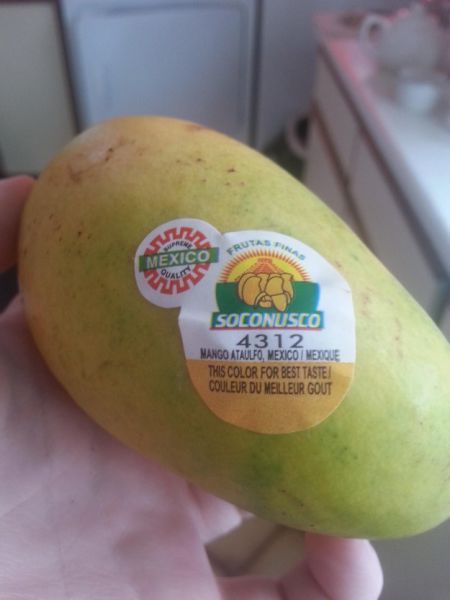 The USB sticks that show you how much space has been used. 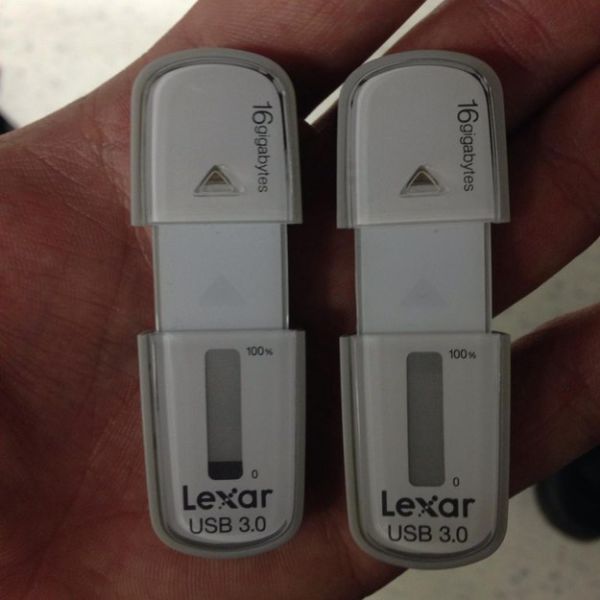 And this one that’s made out of paper! 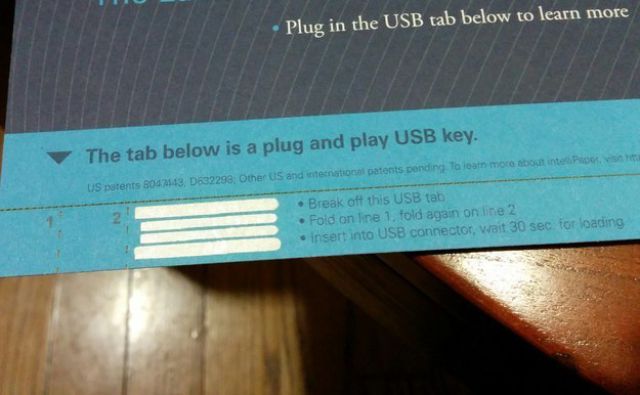 This biker’s jacket that has brake lights and indicators. 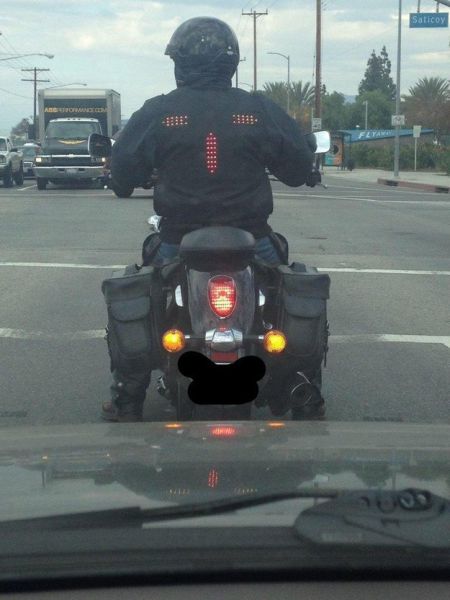 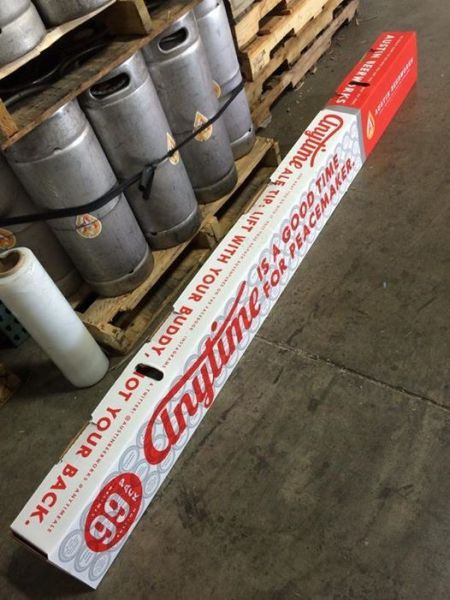 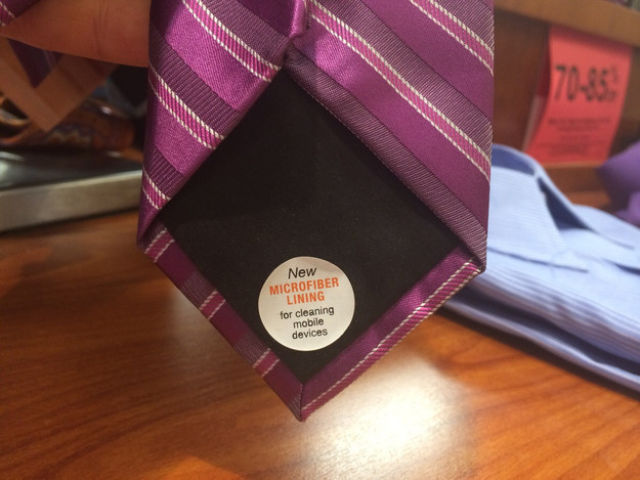 Messages that appear only when it rains, thanks to hydrophobic liquids. 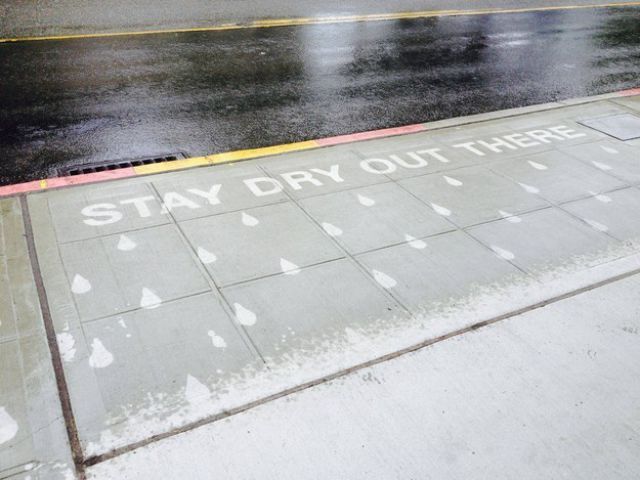 The Dutch supermarket that lets you test its different varieties of toilet paper before you buy. 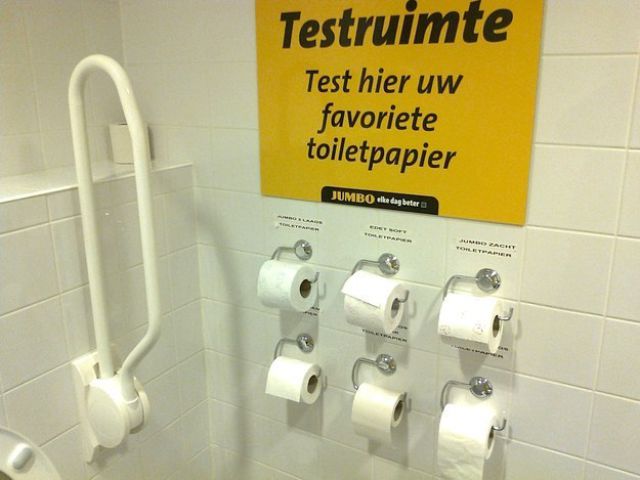 The desks in this school that have pedals to encourage the children to be active. 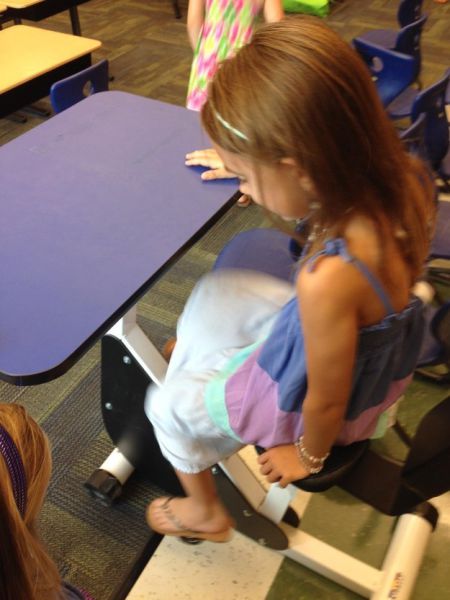 Mirrors with TVs in them. 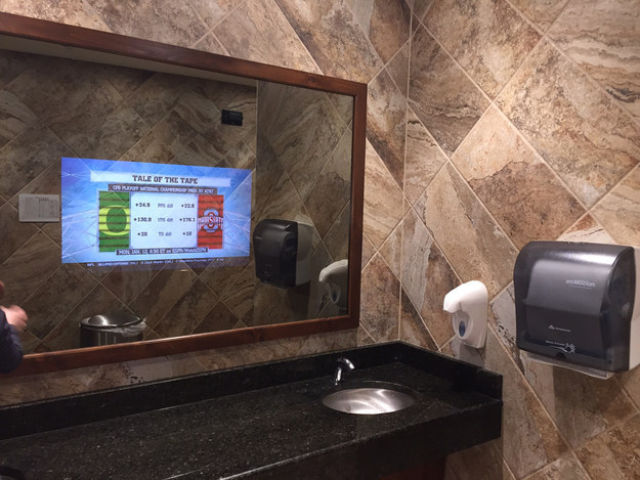 The classic phone box that has been repurposed as a defibrillator. 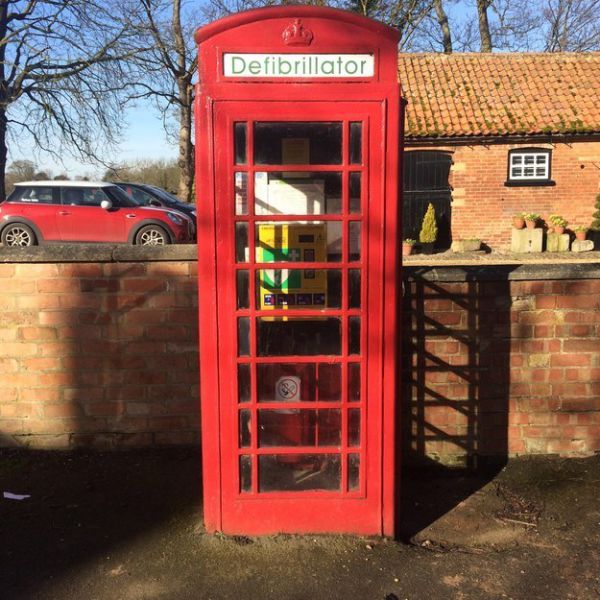 The restaurant that has a button you press when you want the bill. 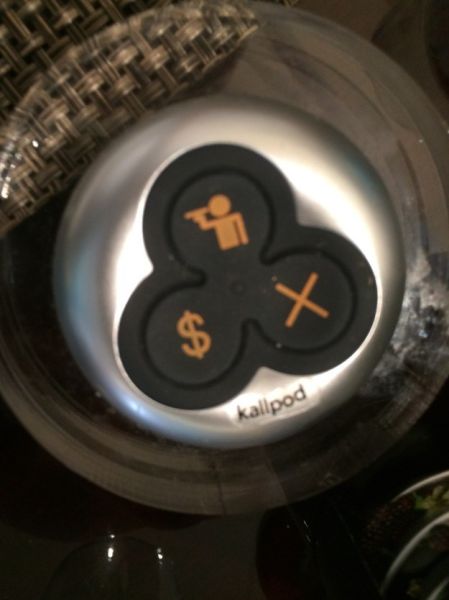