Steve Carrell and Stephen Colbert as the "Ambiguously Gay Duo." 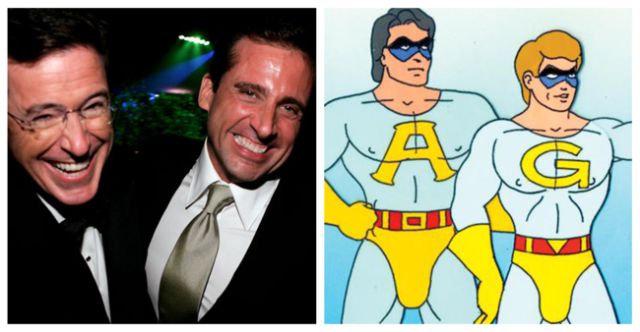 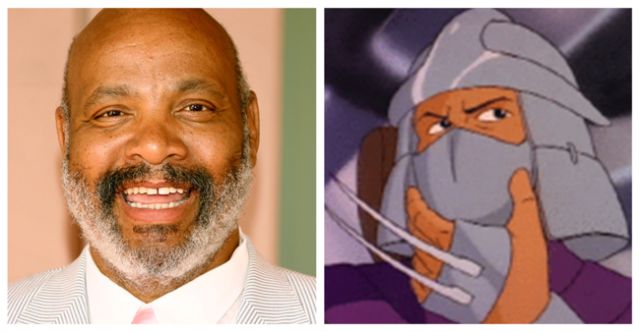 Jaleel White as Sonic the Hedgehog 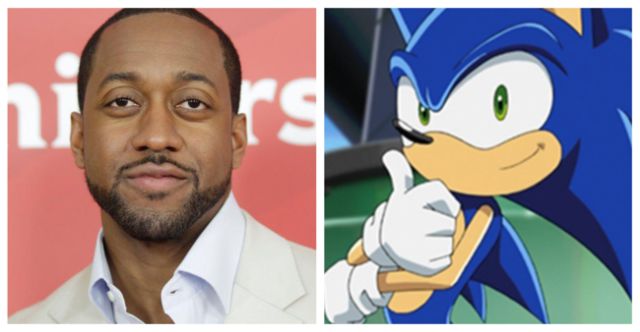 J.K. Simmons as the Yellow M&M! 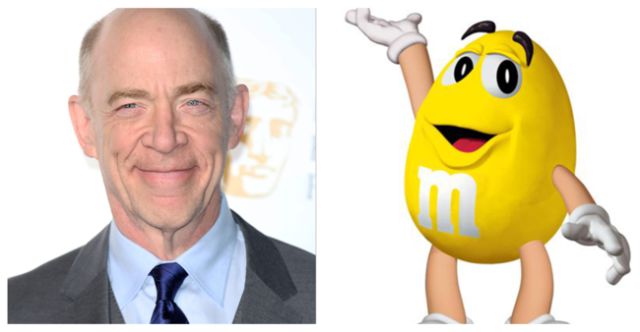 And Tenzin from The Legend of Korra 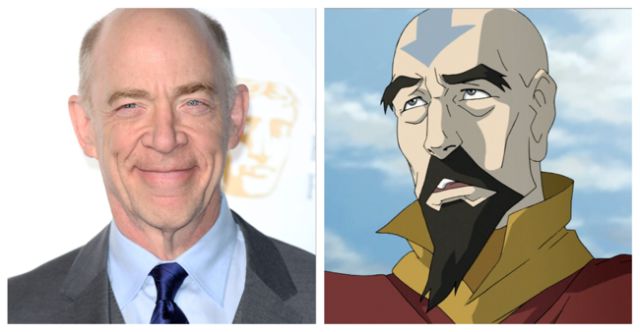 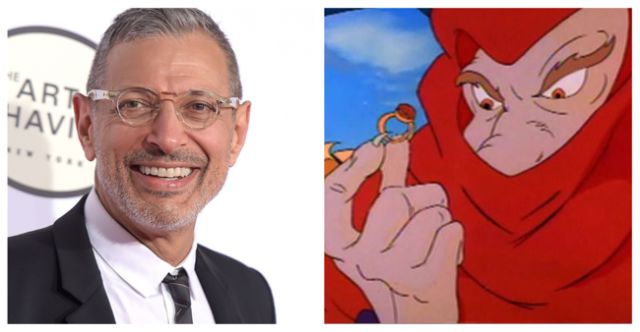 Oh and Levar Burton as Kwame. 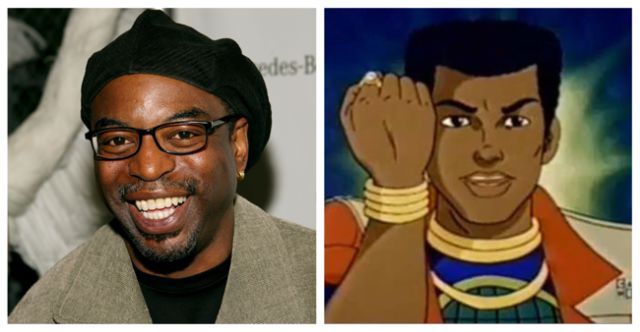 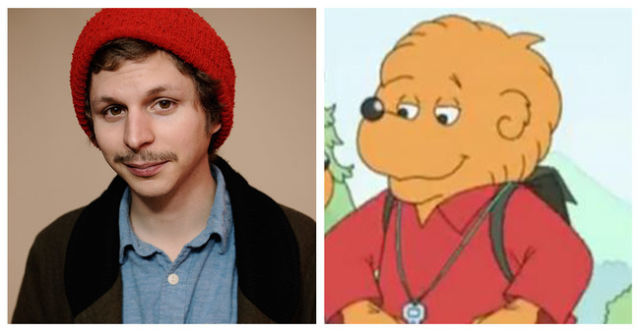 Burt Reynolds as Charlie B. Barkin in All Dogs Go To Heaven 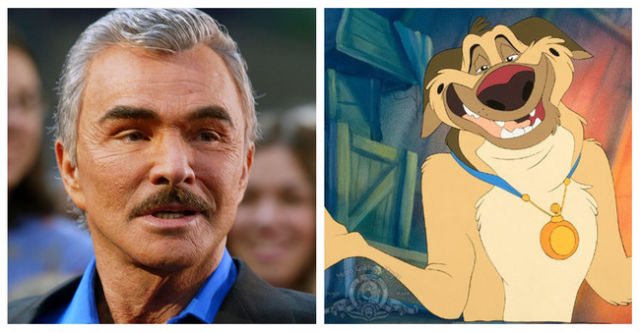 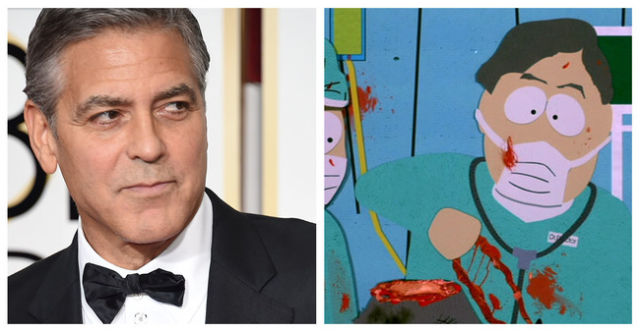 Brittany Murphy as Luanne from King of the Hill 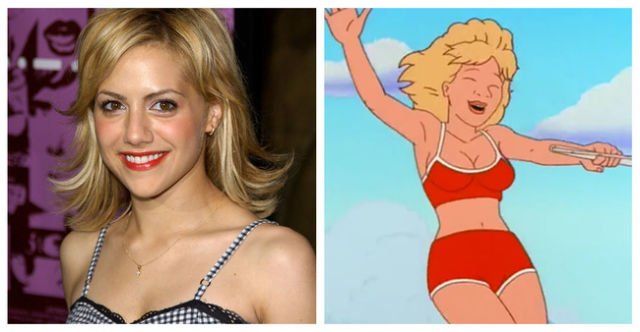 Vin Diesel as the Iron Giant 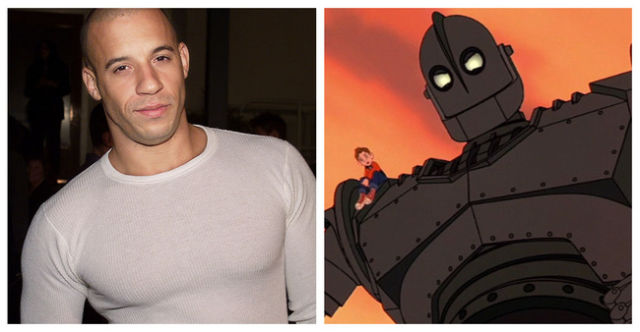 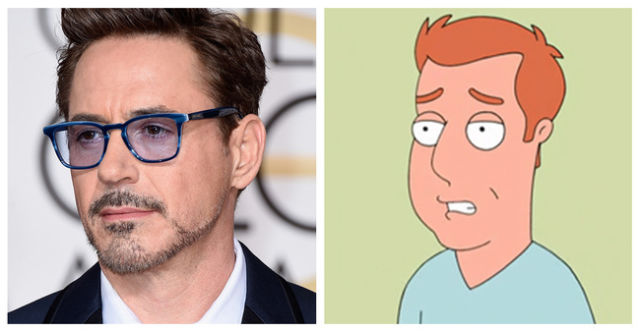 Tim Curry as Nigel Thornberry on 'The Wild Thornberrys.' 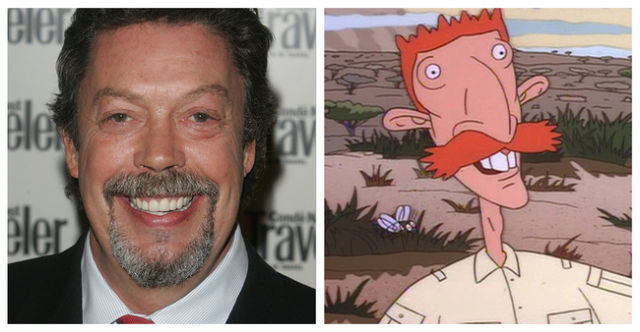 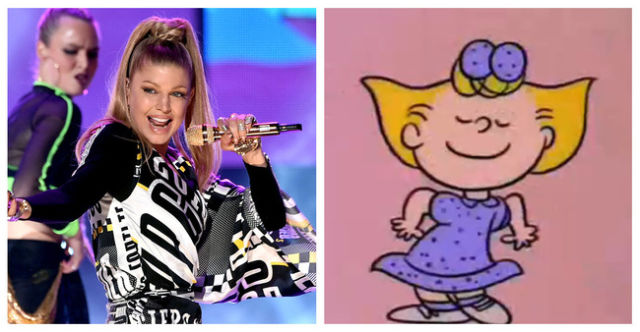 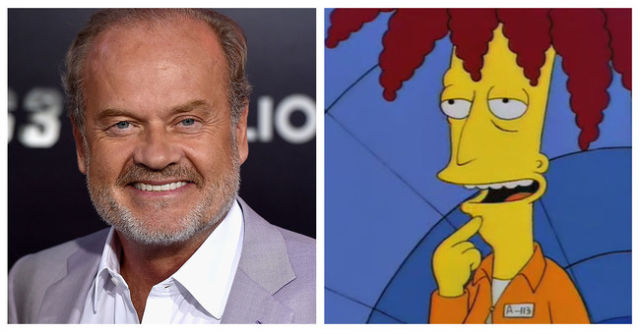 Earle Hyman as Panthro on ThunderCats 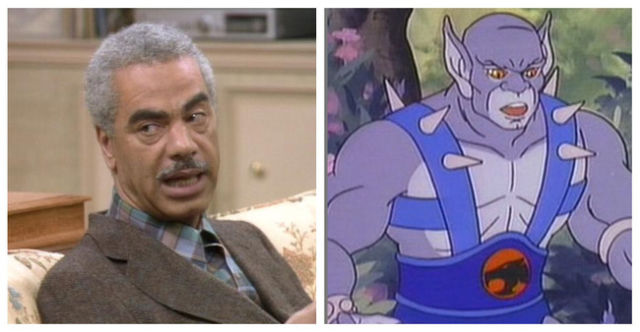 Constance Shulman from 'Orange Is The New Black' as Patti Mayonnaise on 'Doug.' 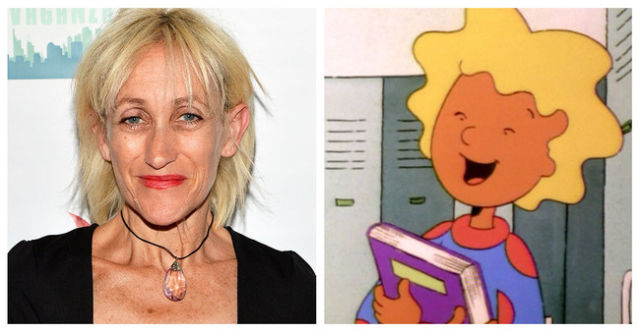 Phil Hartman as Mr. Wilson from 'Dennis the Meanace' 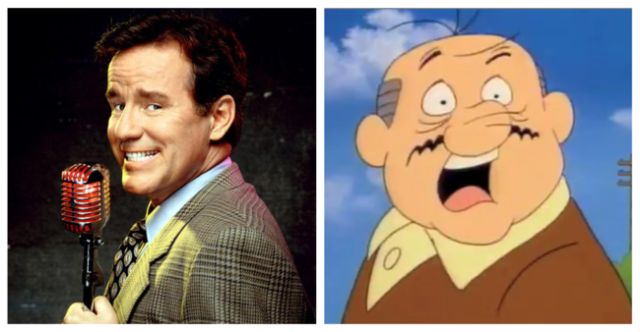 Jessica Walter from 'Arrested Development' as Fran from 'Dinosaurs' 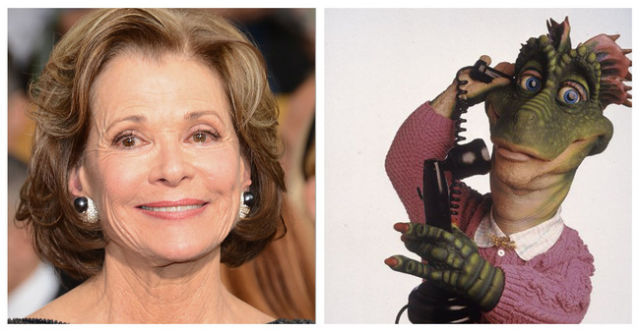 Scarlett Johannsson as Mindy in The SpongeBob SquarePants Movie 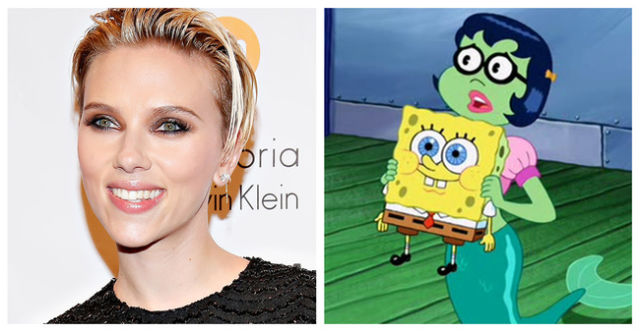 And... Mel Gibson as John Smith in Pocahontas. 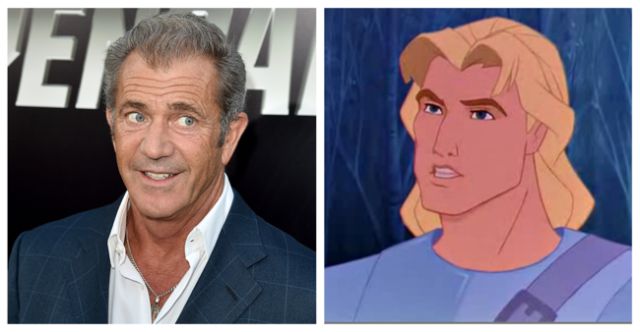 Meg Ryan as the evil Dr. Blight on Captain Planet and the Planeteers 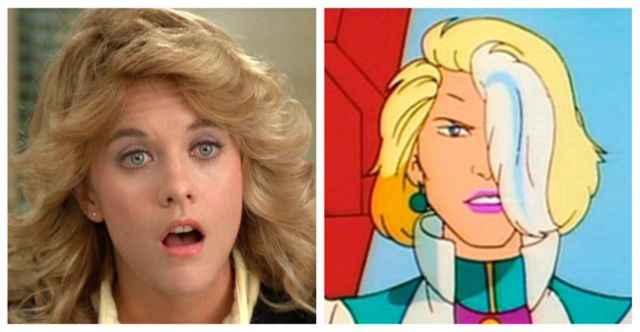