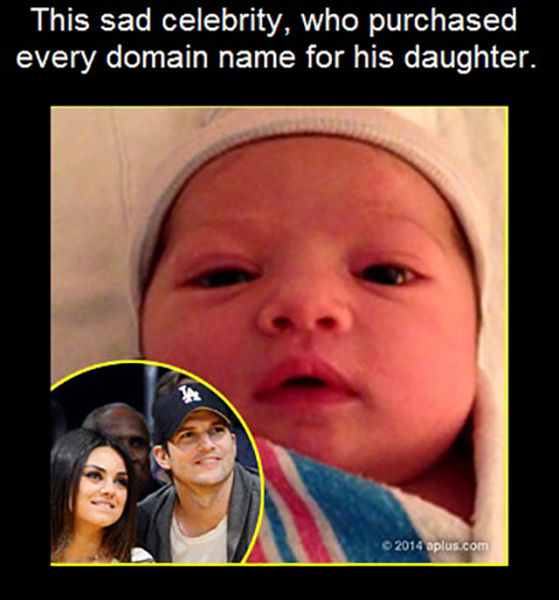 Like most dedicated gamers, the thought of joining a site like Steam to buy outdated classics for like $2 only to never finish them anyway, is a lame way to show your love. So Tom Enright made sure he purchased his games upon release, to the point where he's long since stopped playing and just kept cases unopened. Pretty soon, his walls were filled with originally-labeled titles from his favorite system in particular, never touched and probably worth a fortune.
2 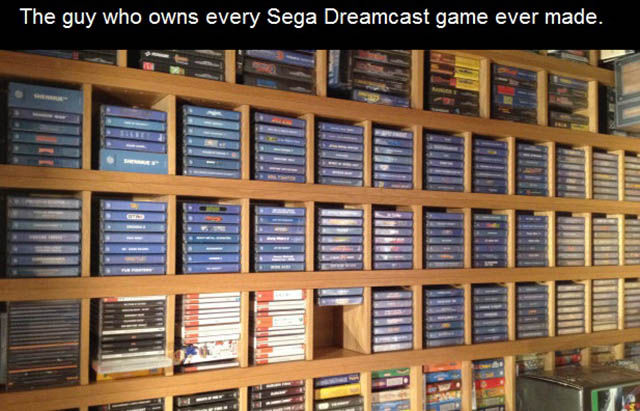 Chris McKinlay was so mad at not being able to find a girlfriend, he decided to spend months painstakingly deducing how OkCupid's matching algorithm worked. At the end, he created his own super-fake profile engineered to be matched up with the exact women he wanted to meet. Soon, hundreds of matches were sent to him per day, and he ended up with someone. The only question is: How will math help him once she finds out his whole deal is a lie?
3 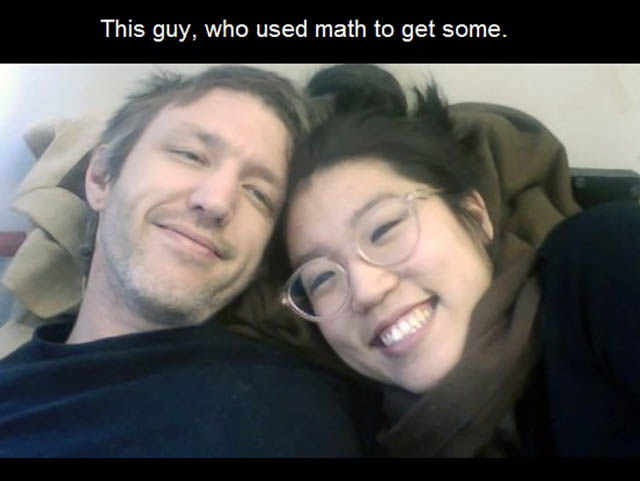 Dennis Hope wanted to be rich and famous, and realized that the 1967 Space Treaty claims that "no country may ever own the Moon." So back in 1980, the genius decided that since nothing is written about "individuals", he could go to the UN and declare himself the owner of the Moon. In his mind, it should totally stick because of the technicality no one else was smart enough to think of exploiting... or something. Except (of course) the treaty did include private interests, and Hope is out of luck. If this isn't funny enough for you, to this day he keeps selling off plots of land on deeds (which are worthless pieces of paper) while he pretends the embarrassment from the UN never happened.
4 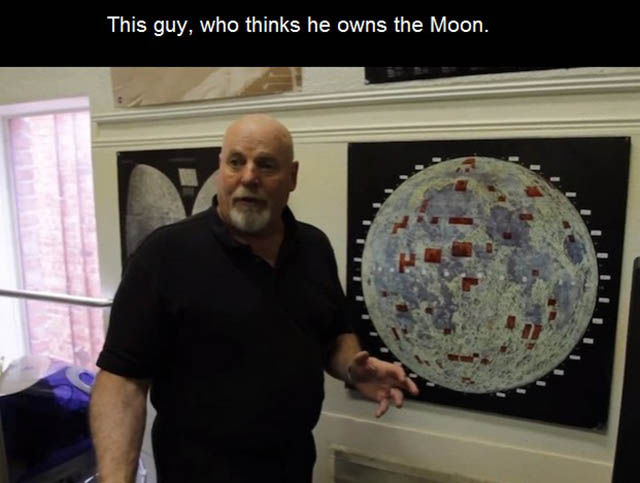 The sound of vinyl will always be superior in audio quality for one reason: the analogue rep of original recordings. So it isn't strange that many out there covet these outdated treasures. Zero Freitas is a millionaire with the goal of owning a vinyl copy of EVERY piece of music ever recorded, with millions of records already at his disposal. His wish is to keep the smooth sound from disappearing forever.
5 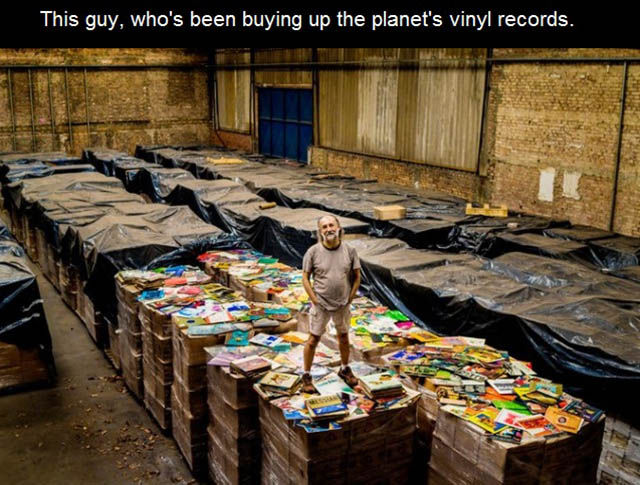 A guy going by the name "Dose" purchased 100 Rosalina Amiibos for the sole purpose of keeping the character's fans from getting one. He bragged on the tens of thousands of dollars he set aside simply so he can do it again, just because others like a character he doesn't. You should know, btw, that this guy has serious problems with all Amiibos characters that are female, and gave us good insight on how deep his problems with women must go in the real world.
6 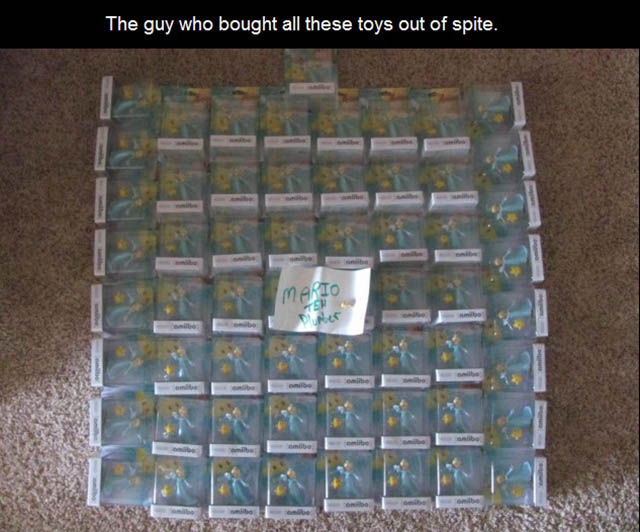 A man from China was so upset at the idea of other people enjoying time on Valentine's Day with their sweethearts that he and his other loser friends booked every other seat in a Shanghai theater. He ended up bragging on message boards about his brilliant plan and to this day, is still single.
7 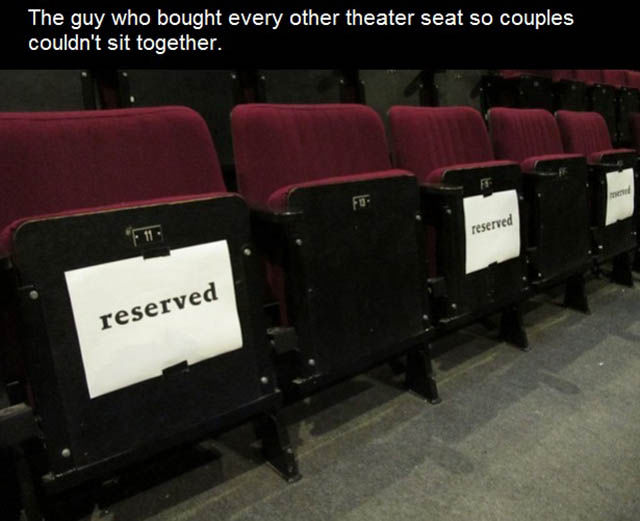 Ryan Beitz has a goal. To collect every copy of the film "Speed" ever printed on VHS. Beitz doesn't even know why he wants the tapes so badly, and fails to take care of them. Also, he's never counted how many he has so far, and claims nobody cares.
8 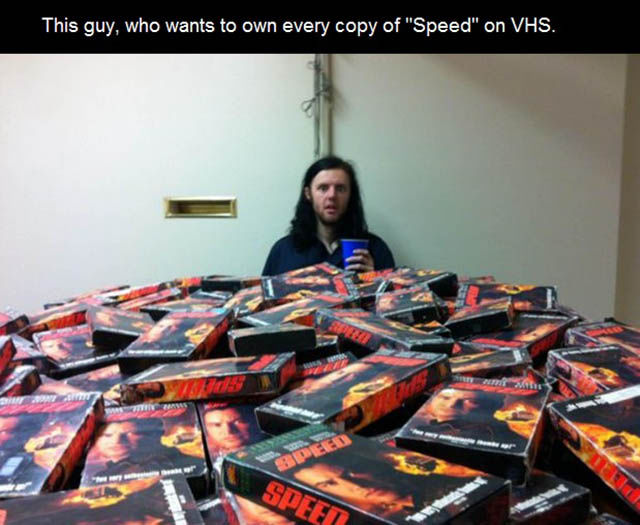 Instagram user "fakewatchbusta" spends all his spare time going through images of rappers and other celebrities, looking for and pointing out fake designer watches. While many think him pathetic, he ends up with some pretty hilarious reactions. Ice-T, Rick Ross, and Soulja Boy are among the famous already busted for sporting faux bling. His only threats are from the jewelers who sell the fakes, and he doesn't even have any formal training.
9 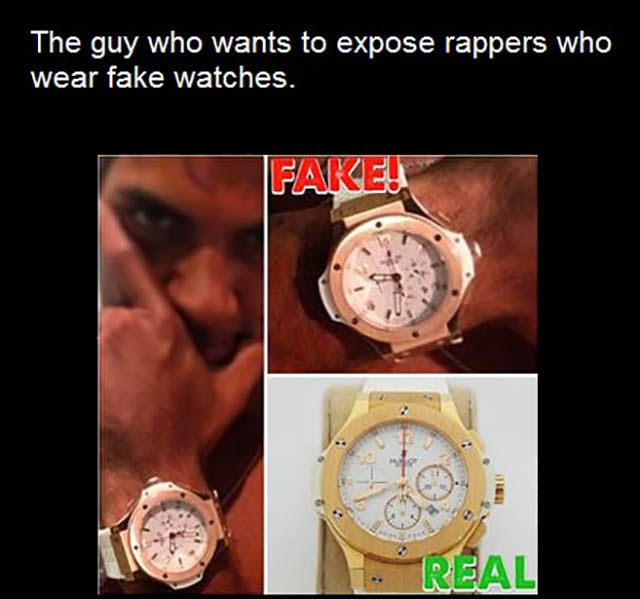 Bryan Henderson has an obsession with the phrase "comprised of" on Wikipedia, so he has made tens of thousands of edits to correct it by hand. Too bad for Bryan that thousands of new entries show up every day, and hundreds of uploaders immediately undo his work.
10 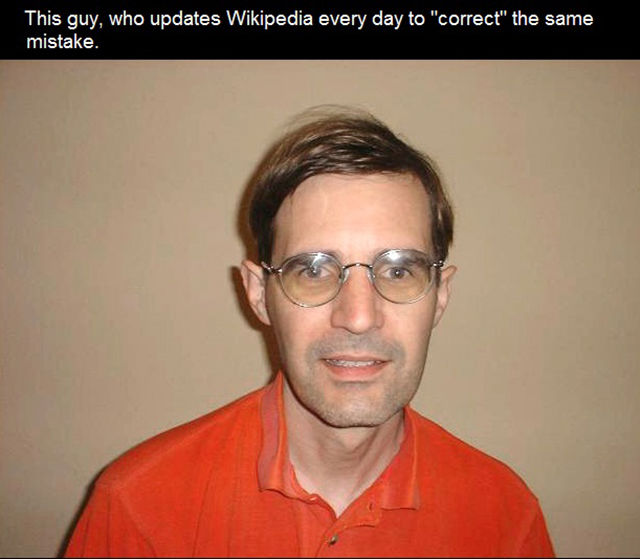