Robin Williams - Taken the night before his suicide, at an art gallery near his home in the San Francisco Bay Area. The 63-year-old actor was accompanied by his wife Susan Schneider, who said he had been diagnosed with Parkinson's Disease. He was declared deceased Monday, August 11, 2014.
1 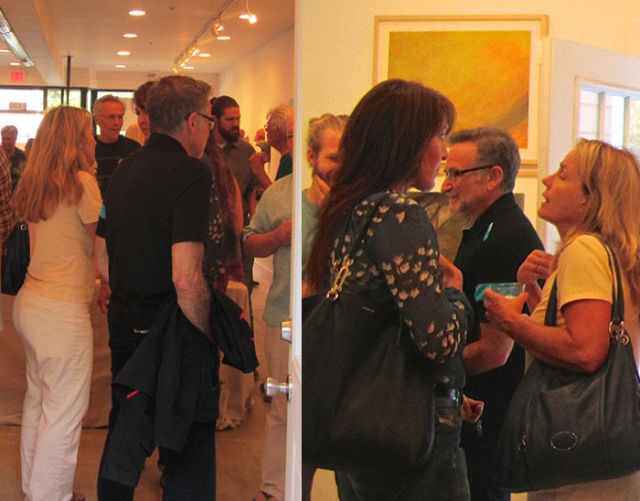 James Dean - Taken the day he died. Dean loved to race cars and died in an auto accident on September 30, 1955. While traveling on Route 466 in Cholame, California, Dean swerved his fast-driving Porsche to avoid an oncoming car.
2 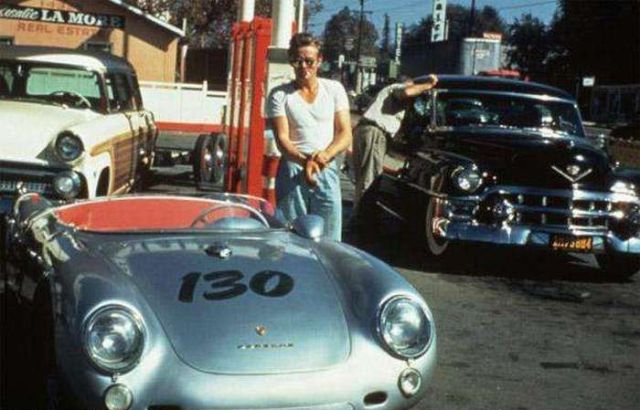 Jimi Hendrix - Taken on Sept. 17, 1970, by Monika Danneman in the garden behind her apartment. Hendrix died on Sept. 18, 1970, from a barbiturate-related asphyxia in London.
3 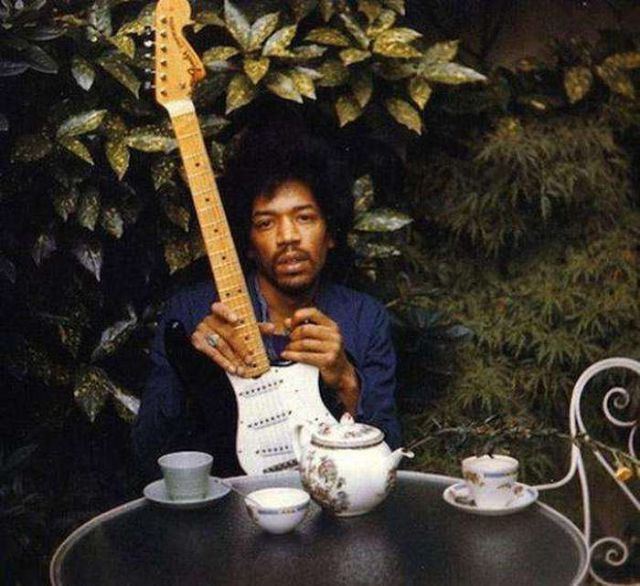 Robert Kennedy - Robert Kennedy was shot at the Ambassador Hotel in Los Angeles by Sirhan Sirhan on June 5, 1968. The photo was taken moment after the shooting, and Kennedy died early the next morning.
5 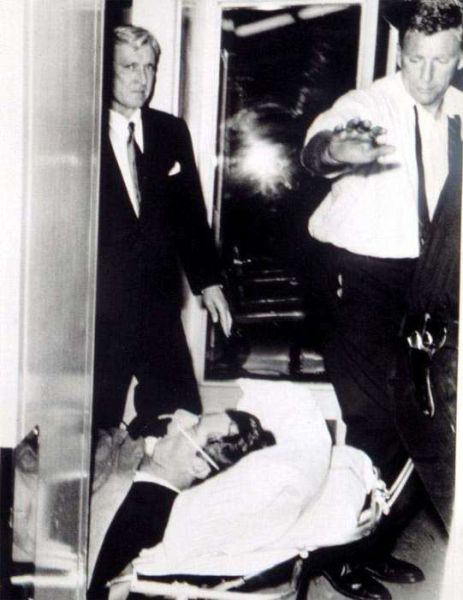 George Harrison - Photo taken for the booklet of Jools Holland's album Small World, Big Band, which was released in 2001. Harrison suffered from lung cancer and passed away on Nov. 29, 2001 in Los Angeles.
6 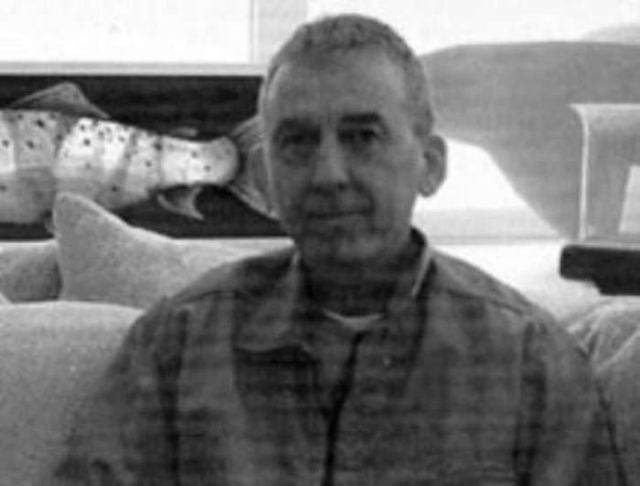 John F. Kennedy - Kennedy was assassinated in Dallas, TX, on November 22, 1963. This photo was taken from his caravan in Dallas just before his assassination.
7 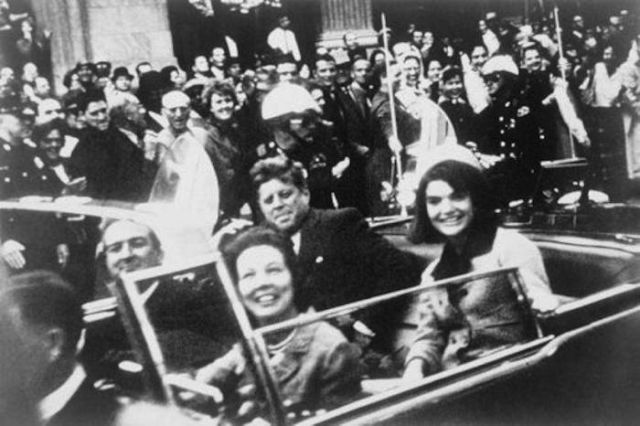 Keith Moon - Taken on Sept. 6, 1978, at a pre-party and premiere of The Buddy Holly Story. Moon died of an overdose of Heminevrin, a drug intended to curb alcohol abuse, on Sept. 7, 1978, in London. Alcohol and cocaine were also found in his system at the time of his death.
8 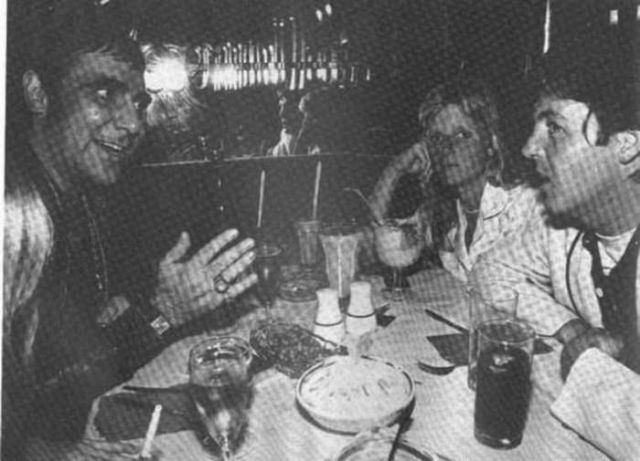 Abraham Lincoln - Taken in March of 1865. Lincoln was assassinated by John Wilkes Booth at Ford's Theater on April 15, 1865, in Washington DC.
9 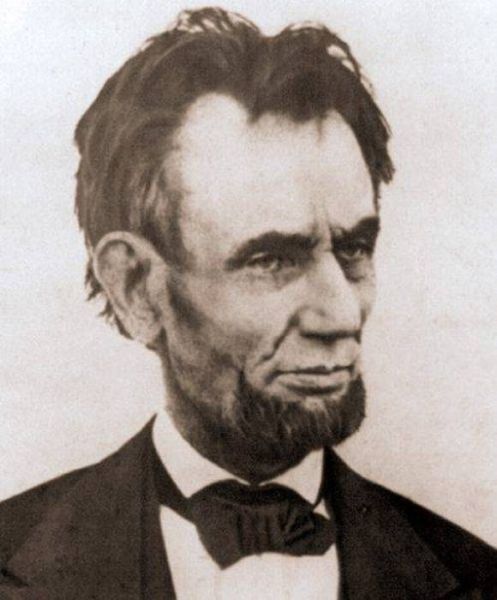 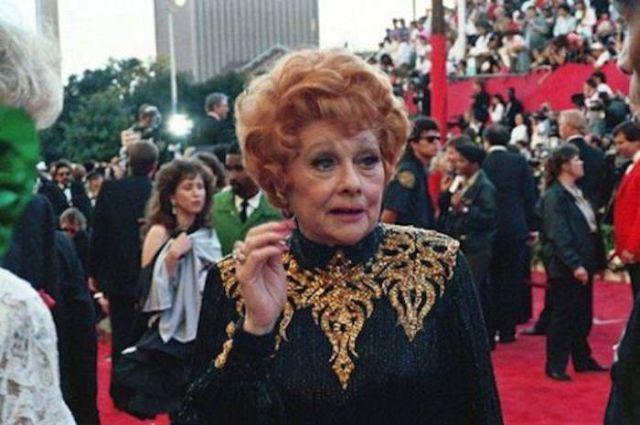 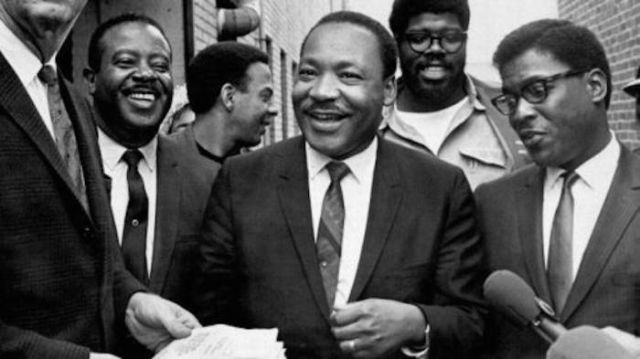 Babe Ruth - Photo taken at his last appearance at Yankee Stadium in 1948. Ruth was diagnosed with cancer and died on August 16, 1948 in New York.
12 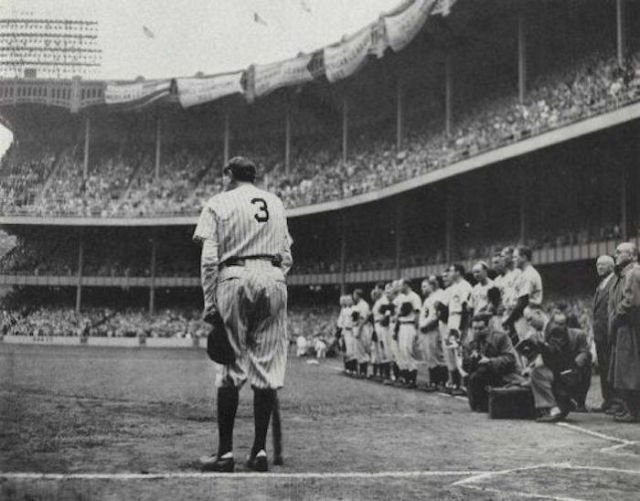 Paramahansa Yogananda - Taken at a dinner on the day of his death. Yogananda died of heart failure on March 7, 1952 in Los Angeles.
13 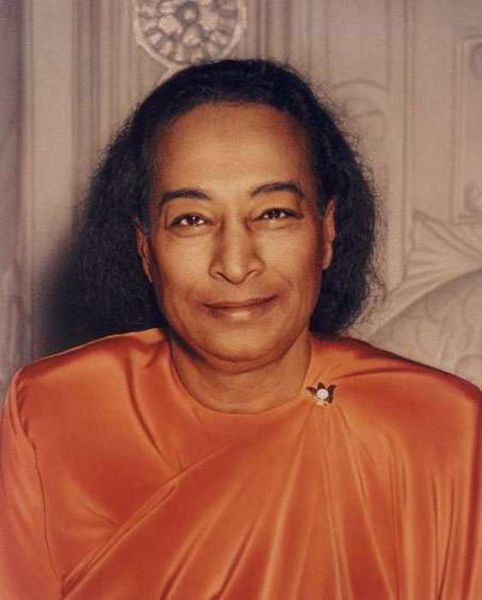 Christa McAuliffe - Taken as the crew prepares to board the Challenger for its fatal launch. McAuliffe died on a mission when the Challenger space shuttle exploded on takeoff on January 28, 1986.
14 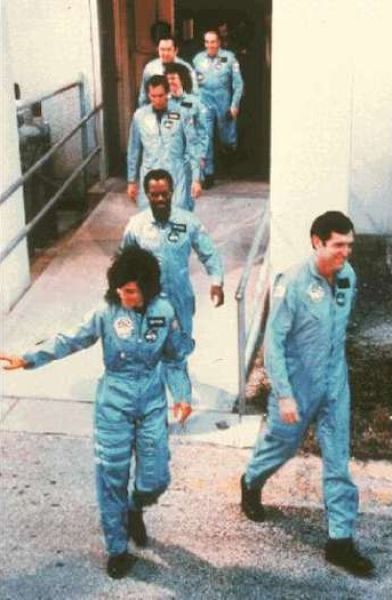 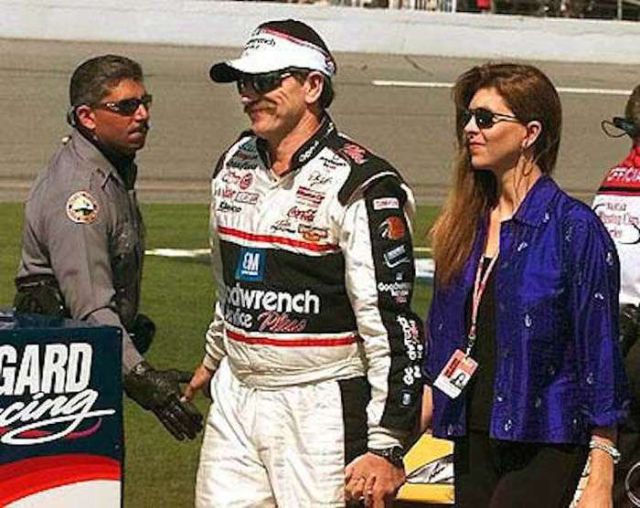 Dean Martin - Photo taken from a paparazzi video as Martin leaves a restaurant weeks before his death. Martin was diagnosed with lung cancer and suffered respiratory failure on December 25, 1995, in Los Angeles.
16 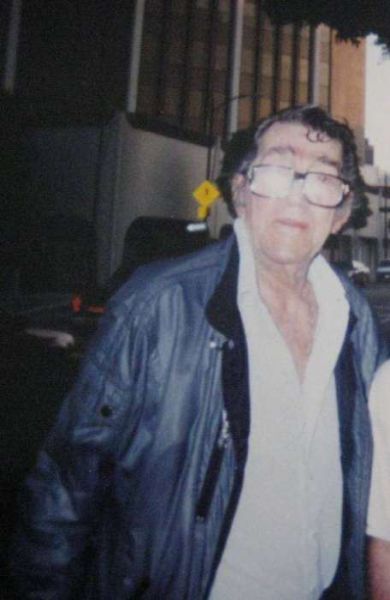 Frank Zappa - Still taken from the last video interview that he ever conducted. Zappa was diagnosed with prostate cancer and passed away on December 4, 1993.
17 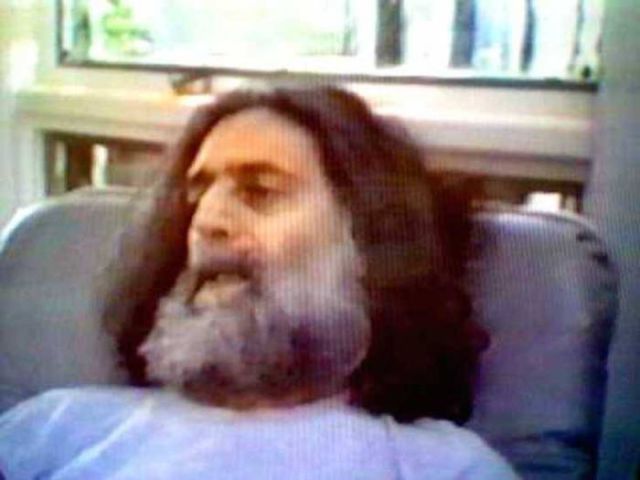 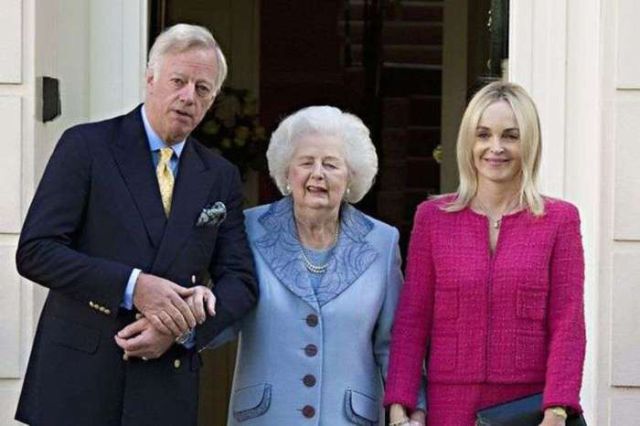 Michael Jackson - Taken during a rehearsal two days before his death. Jackson went into cardiac arrest on June 25, 2009, at his home in Los Angeles.
19 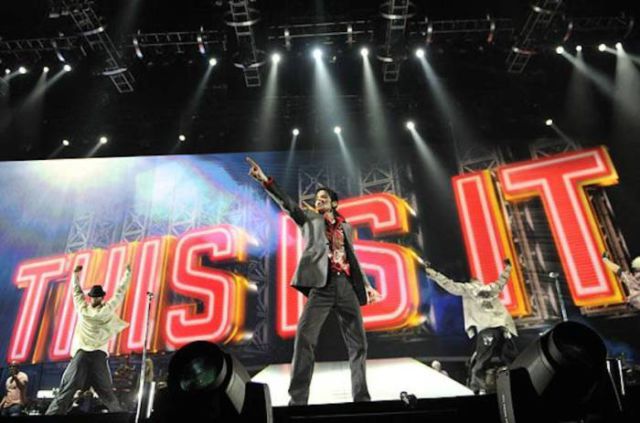 Tammy Faye - Still shot from an interview Faye conducted with Larry King two days before her death. Faye died of cancer on July 20, 2007, in Missouri.
20 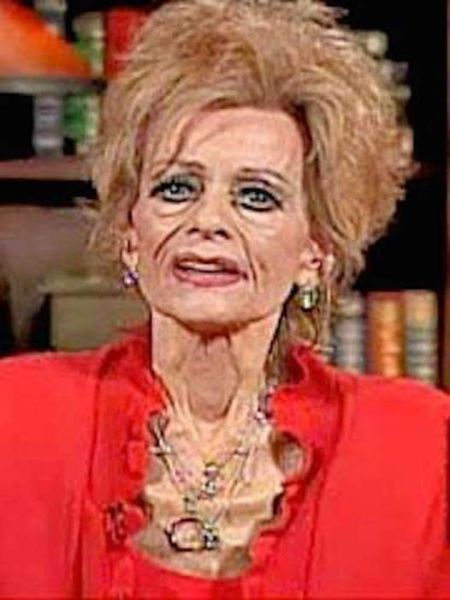 Will Rogers - Rogers died in a plane crash in Alaska on August 15, 1935. Rogers and aviator Wiley Post were making test flights across Alaska before their deaths. This photo was taken from their adventures.
21 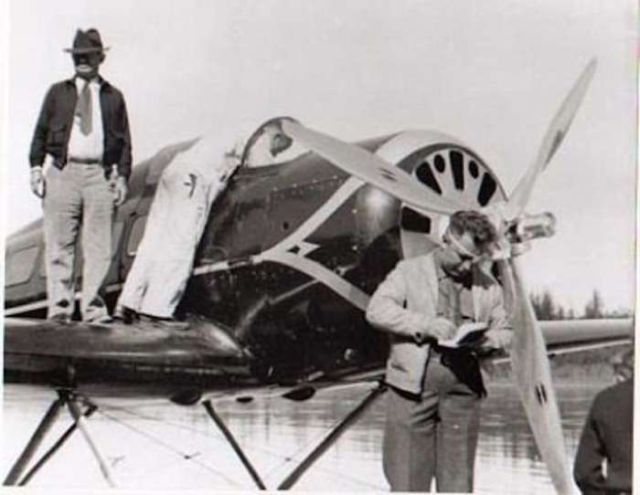 Benazir Bhutto - Photo taken moments before her death. Bhutto was assassinated in a bombing in Pakistan on December 27, 2007.
22 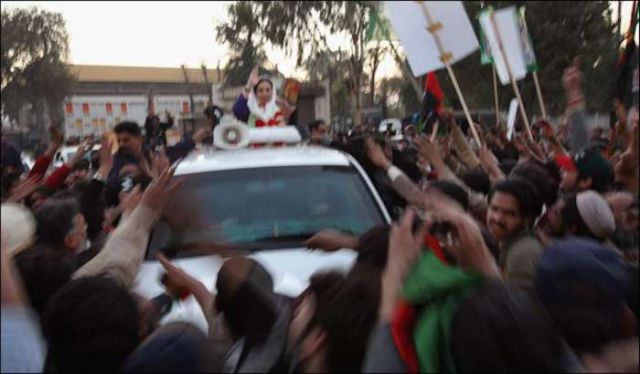 Jenni Rivera - Taken on the plane, moments before takeoff. Rivera died in a plane crash near Nueva Leon, Mexico, on December 9, 2012.
23 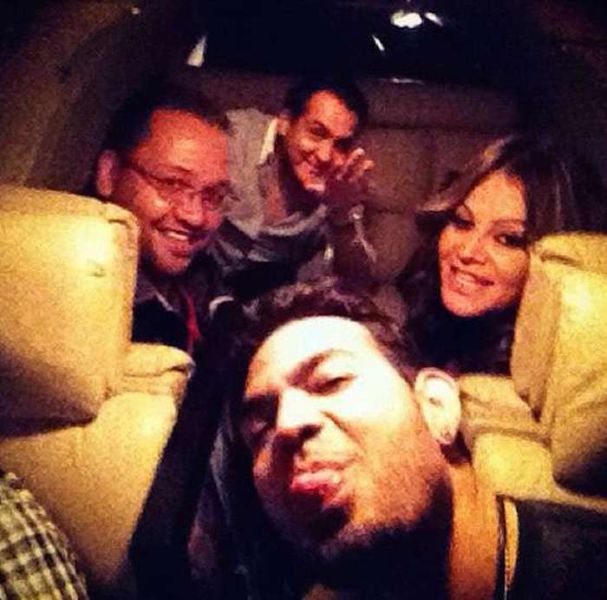 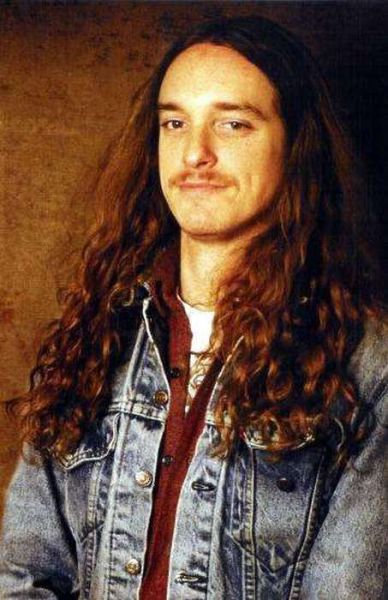 Amelia Earhart - Taken as Earhart packed for her fatal flight. Attempting to make a circumnavigational flight of the world, Earhart disappeared over the Pacific Ocean on July 2, 1937.
25 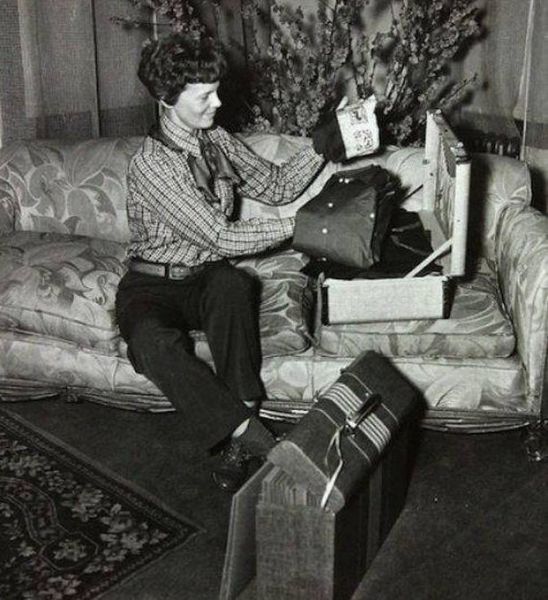