Ten matte painting artists work on the “Game of Thrones” production team to bring castles and medieval scenery to life. This is how it is done behind-the-scenes.

The backdrop of the castle Harrenhall has been built on a parking lot in the solitude of Ireland. Only a small yard was built as basis. The huge castle has later been expanded digitally.
1 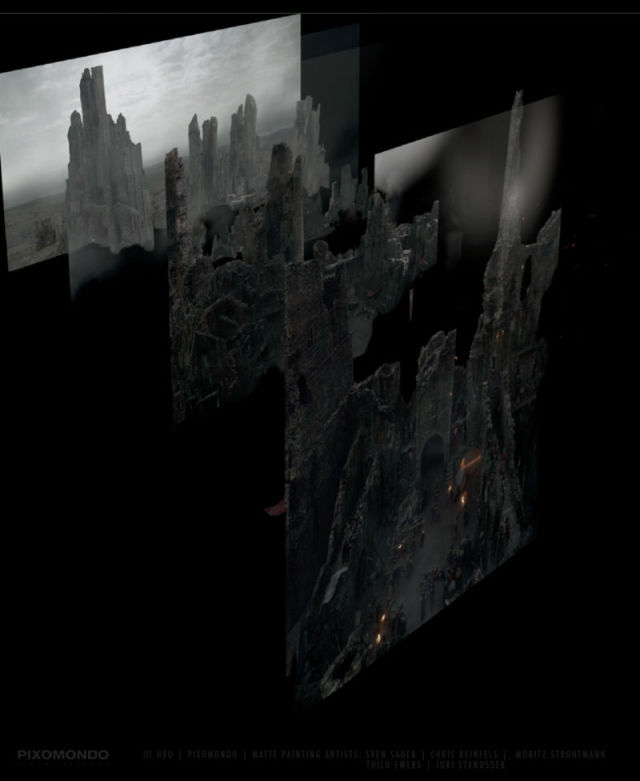 The original book gives the reader just enough insight into the past of its world, that the viewer begins to spin it further autonomously. Shadows of a much more tremendous history reveal their existence by small hints and details. For the construction of the world of Game of Thrones, there are always hints of past times, kingdoms and lost homes in the novel. The Visual Effects Team tried to include all these sub-stories in the paintings. The artists exactly analyzed the descriptions of the castles and landscapes in the books. How did the castle towers of Pyke look like before the weather had stricken them? The walls of the castle of Harrenhall once melted under the fire of dragons. In the book, this was just mentioned in a few lines – but anyway, it had to be considered carefully how a fortress would look like after having been overwhelmed by a huge fireball. 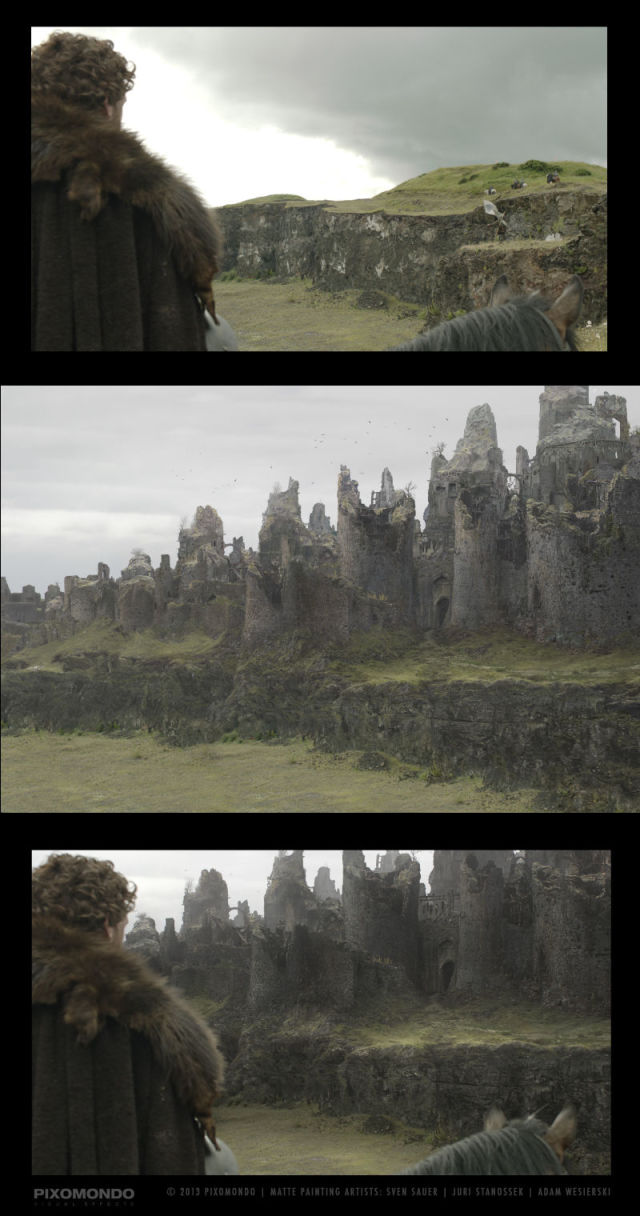 Hints in the "real world" could help the digital painters to design those fantasy landscapes: even in the past of Europe there had once been some castles which had possibly suffered a similar fate as the castles in Westeros. So those castles have provided inspiration in order to lend credibility to the buildings and environments of Westeros.
4

The processing of the matte paintings had already started before the beginning of the film shooting. Sven Sauer and Juri Stanossek has been on the road of Ireland in order to take hundreds of photos in the most diverse locations, which later made up the raw material for the design of the Matte Paintings.
6 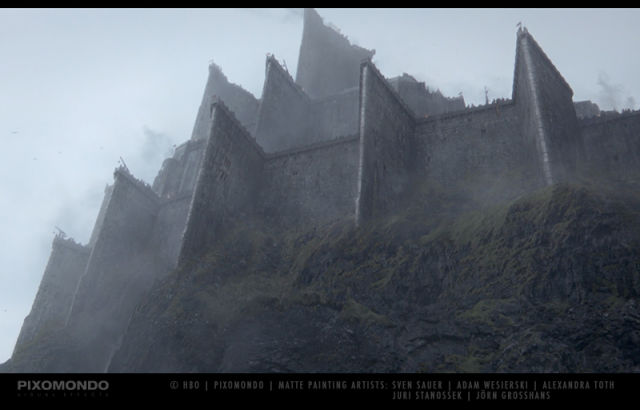 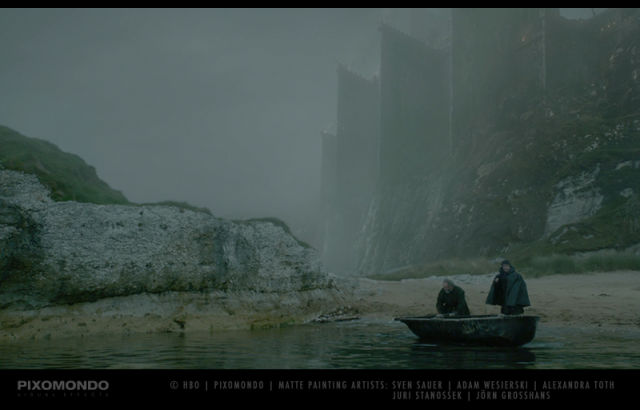 There was an impressive resemblance to the city of Valletta in Malta for the descriptions of the town King’s Landing, so it became another shooting location. Other parallels were evident in the steep slopes of Scotland, in the green hills of Ireland and in the castles of Wales.
8 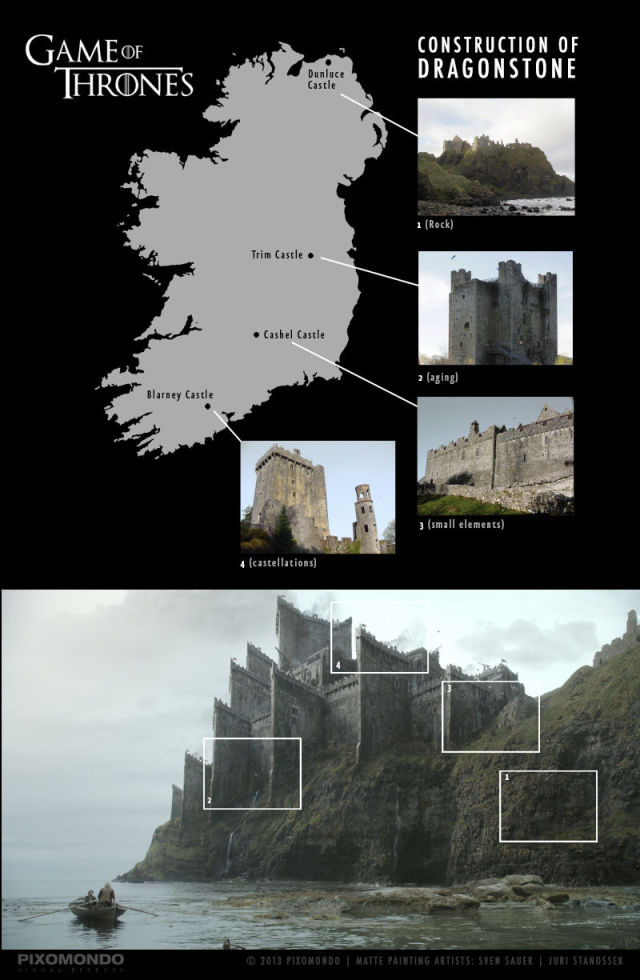 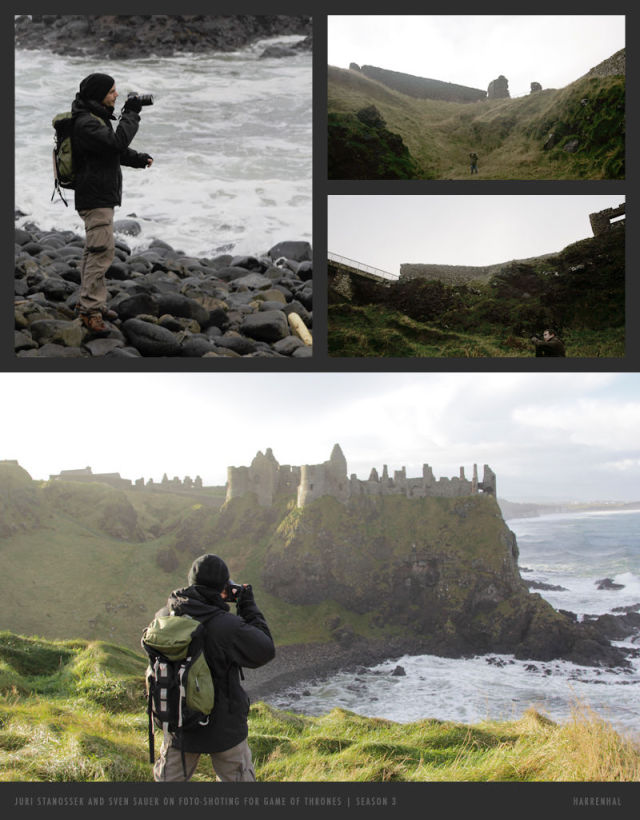 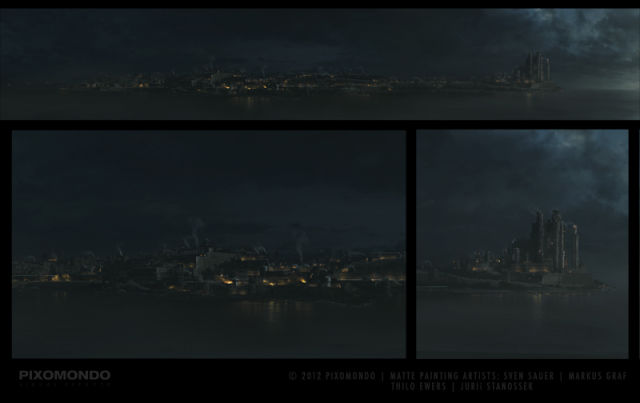 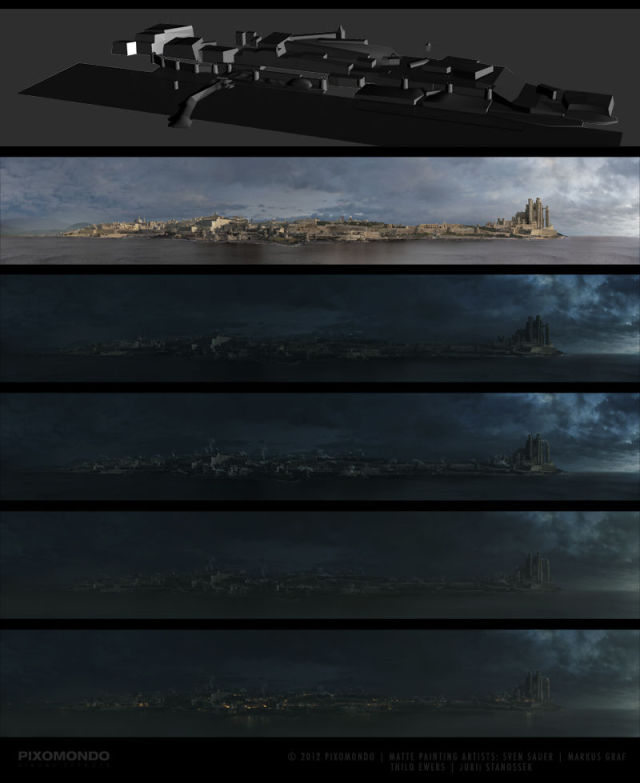 The North: There hasn’t been any shooting location for this scene. The view from the Wall northwards shows the last area of the forest before the bleak landscape begins. The complete shot has been created digitally.
12 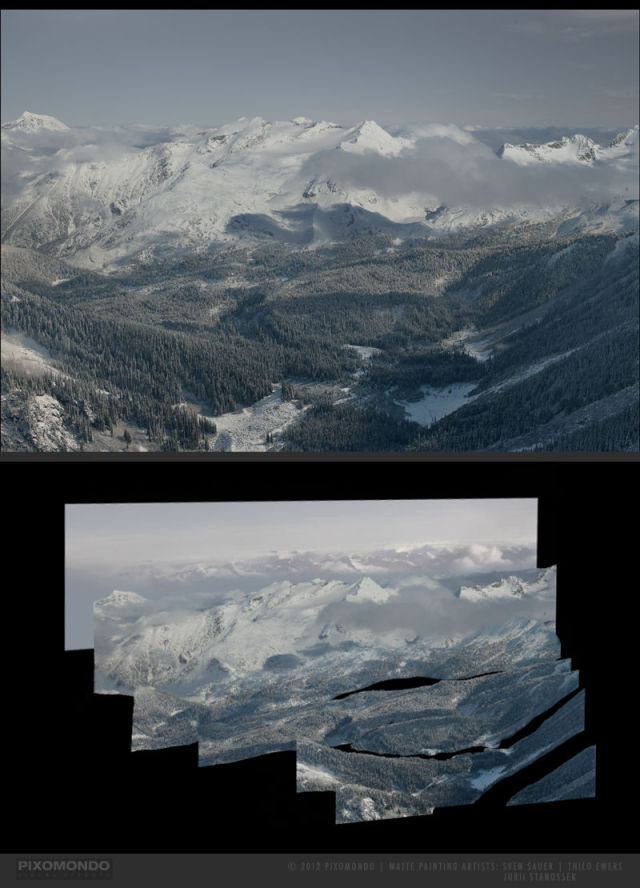 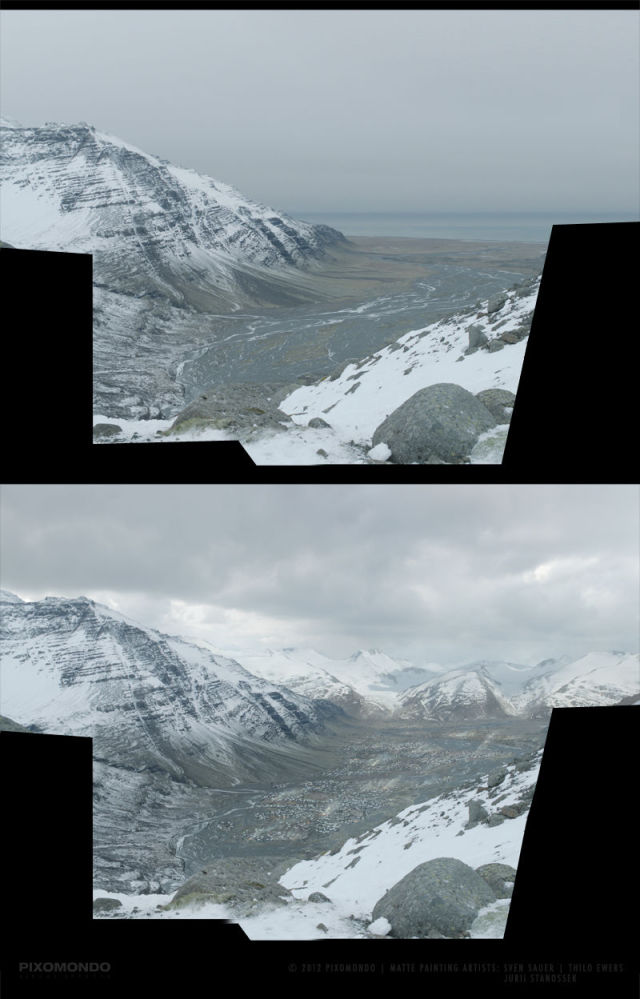