Grab sweets and vodka, they need to be the very best. 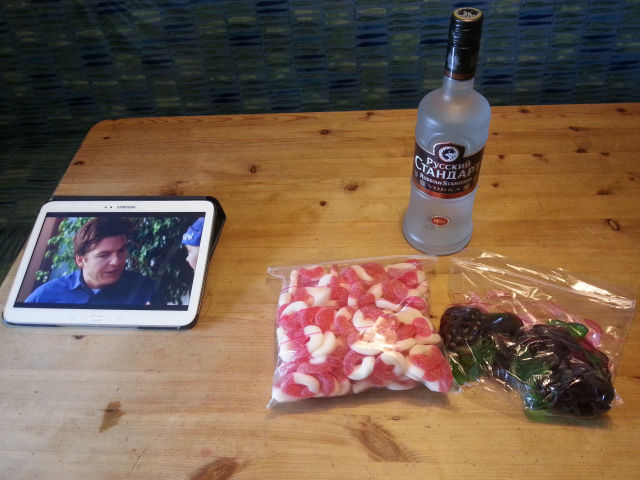 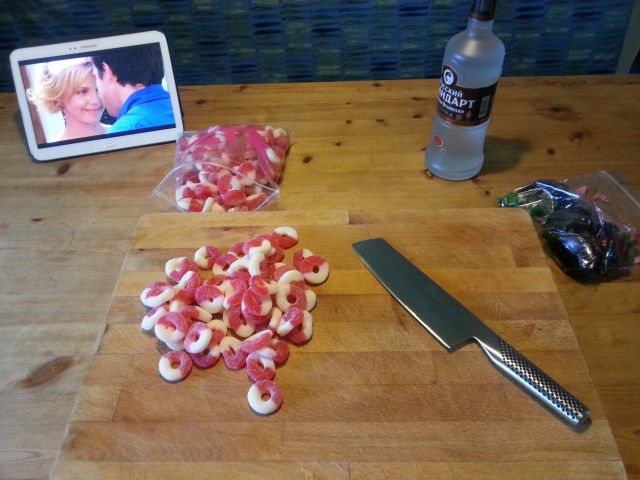 You'll end up with off-cuts of mixed colour which will be eaten by any people passing through the kitchen. 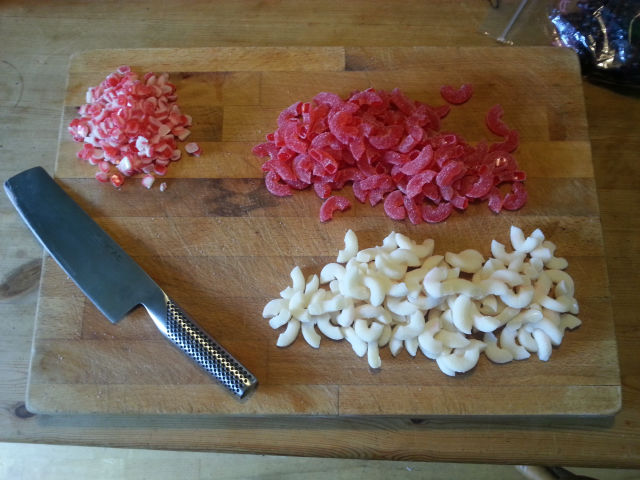 Having already bought 1kg+ of sweets I decided now was a good time to test whether white gummy sweets melt. Fortunately they do. 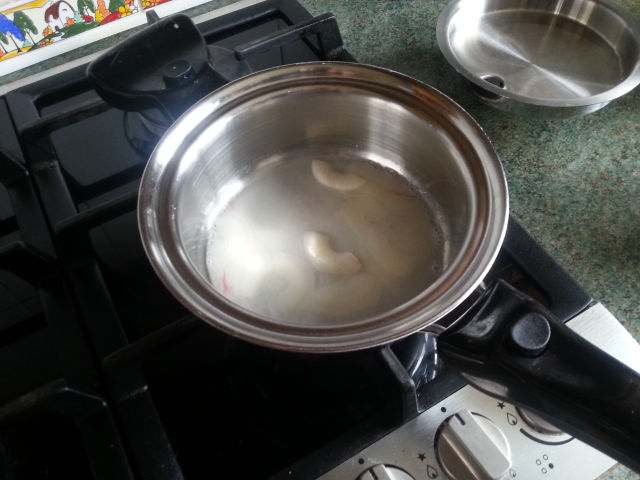 These are the moulds I'm using (they were advertised as cake pop trays on amazon, but I bought them specifically for this.) I lightly greased the trays to make it easier to remove the gummies later. 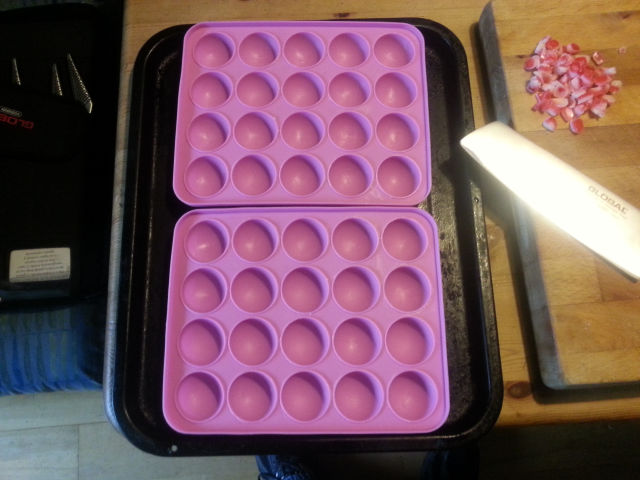 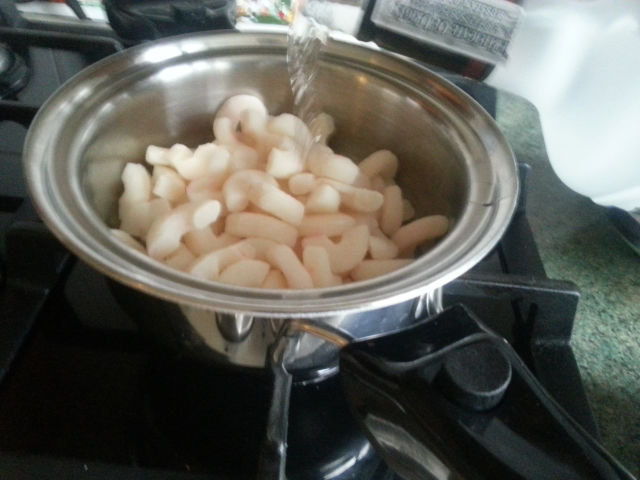 Melt it but don't let it boil. As soon as it's melted; pour into the moulds. 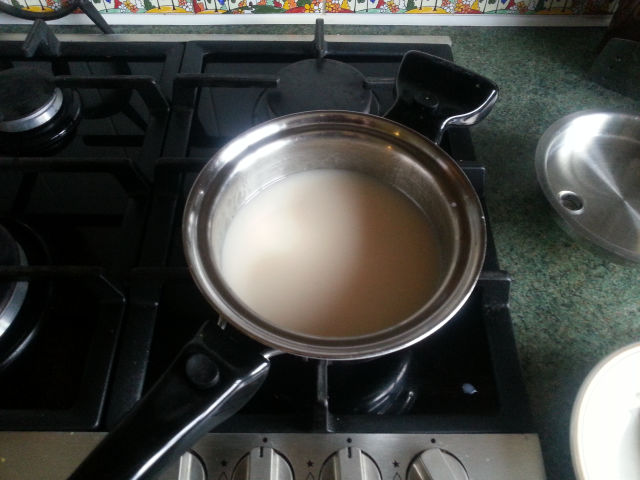 But so long as you leave 1-2 mm at the top everything should turn out fine. 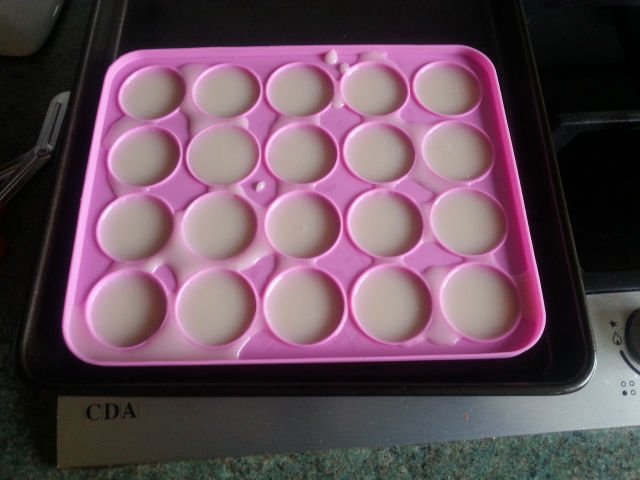 Save some for later

pop it in the fridge 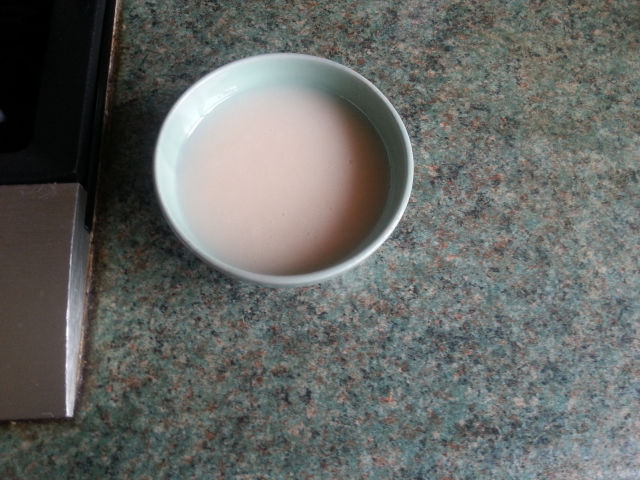 I couldn't find any black gummy sweets without buying whole bags to pick out 1/6th so I settled for dark purple. 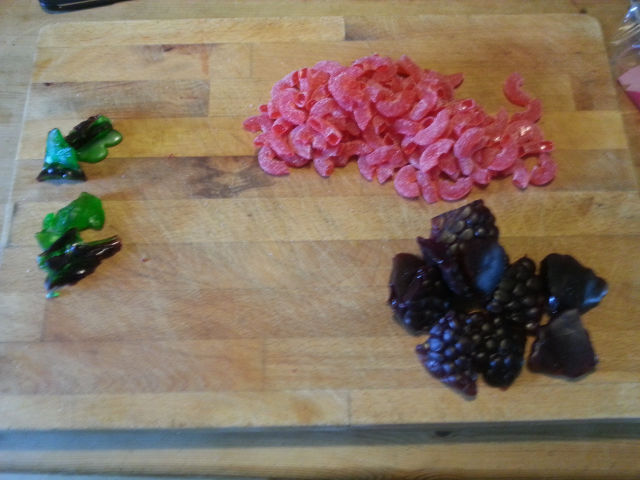 Stick these in the freezer for 1 hour

Okay I forgot to take a picture of the red gummies melting, but I'm sure you can imagine how it looked(same again with the vodka 15cl - ish and only 100 sweets this time). 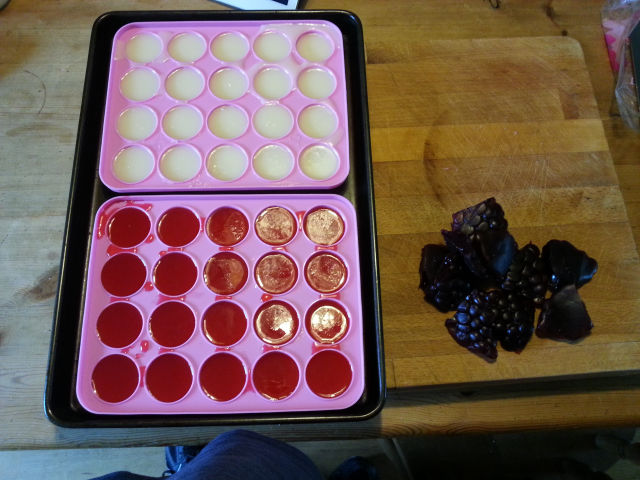 There's a lot less of the purple gummy so maybe 5cl of vodka this time. 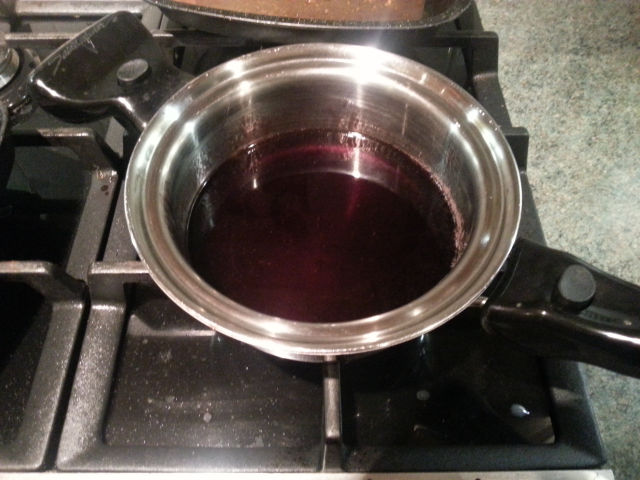 Add the purple (or if you could find it, black) gummy mix over the top of the white and red halves. 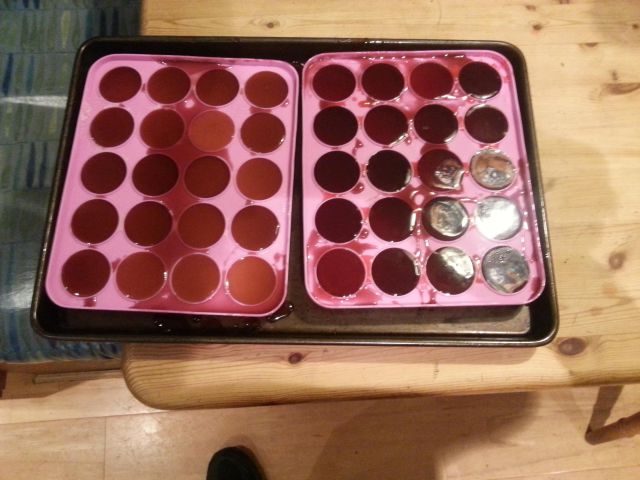 Back in the freezer for an hour. 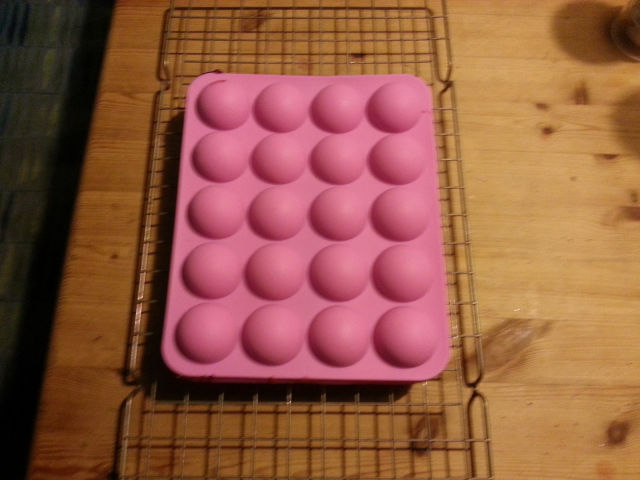 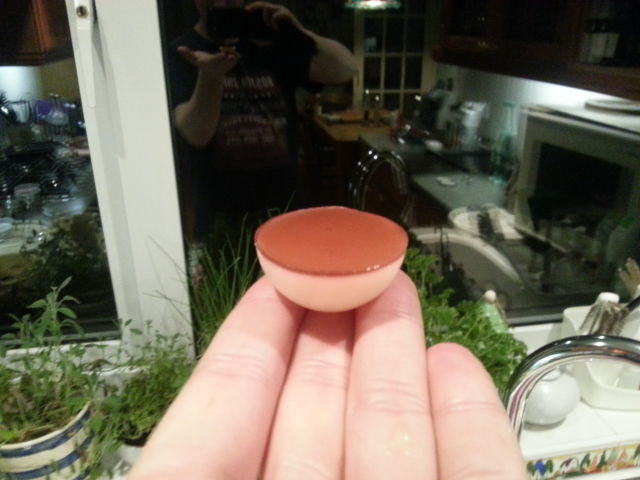 Pop the two halves together and you get this 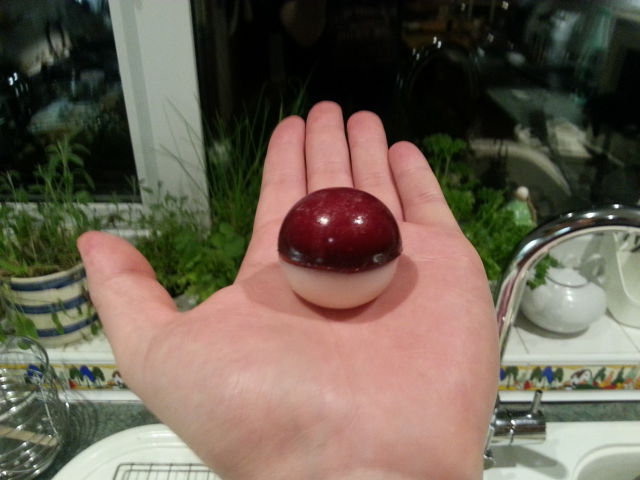 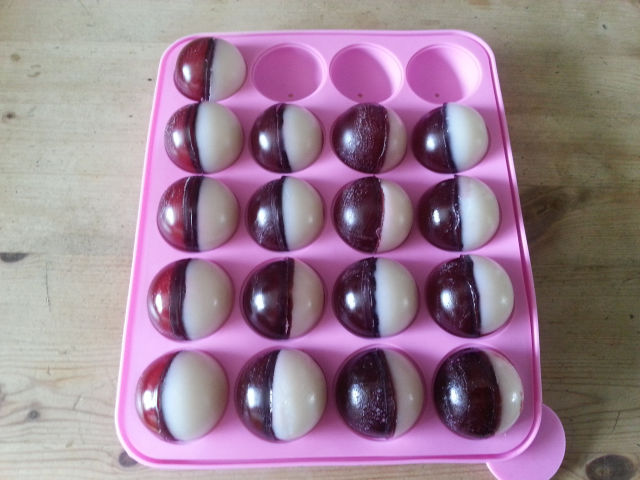 Remember that remaining white gummy I saved? Well you're gonna wanna melt that back down. If it's stuck in the container you used place that container in a shallow pan of cold water and gradually heat until the edges melt slightly then remove. 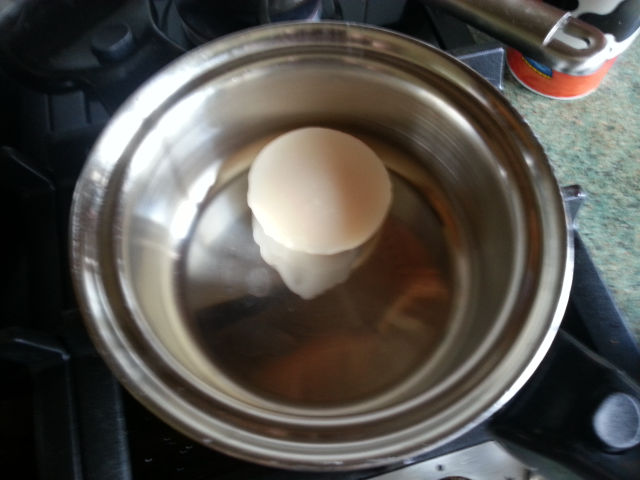 Using a Melon baller spoon some white gummy onto the balls. 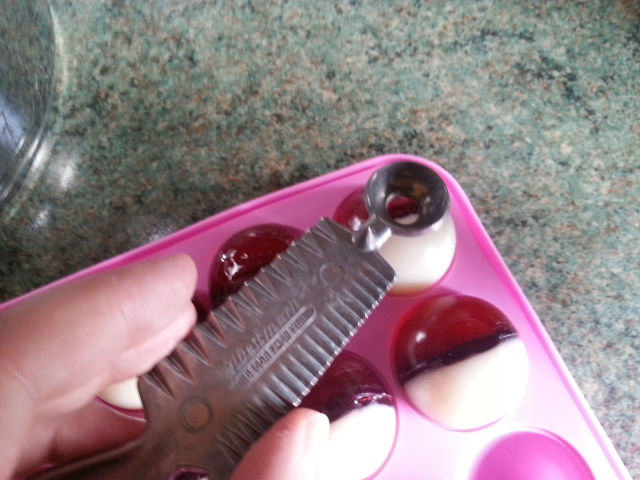 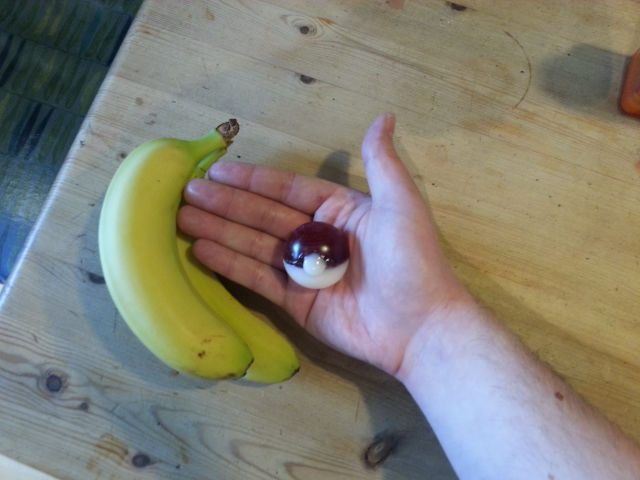 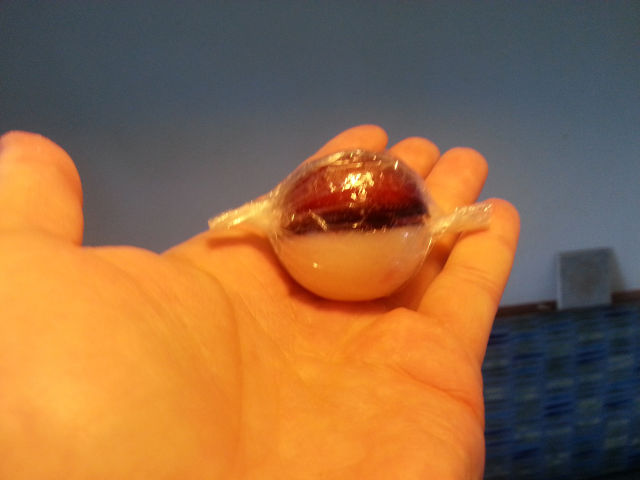