Gabrielle Garcar is in the fourth grade and she opened a lemonade stand to raise money to buy an iPad to use for school work and games. Lake County Sheriff’s Deputy, Zak Ropos decided to drop past the stand to support her. 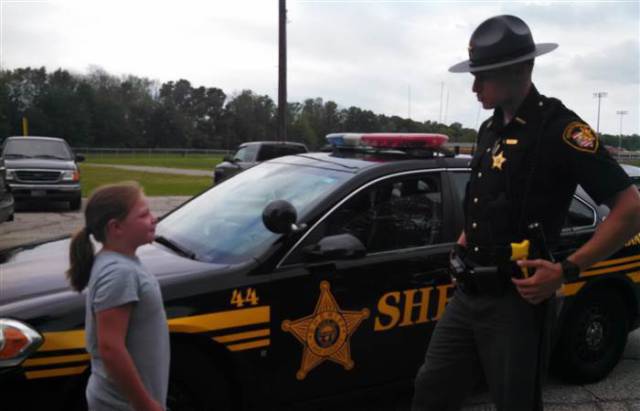 The cop from Lake County, Ohio, struck up a conversation with fourth-grader, Gabrielle Garcar, and found out that she was collecting coins for a tablet. But at 50 cents a cup, Ropos realized that this was a tall order. So he spoke with Garcar's mother and offered to bring his old iPad, but it turned out it was broken.

So he decided to go and be the coolest cop ever. 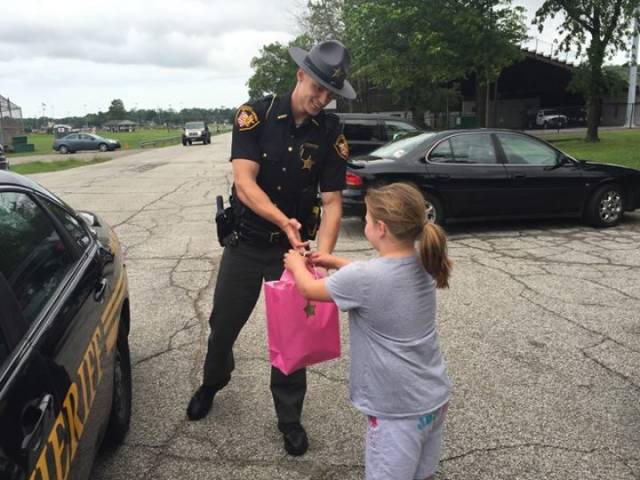 Officer Ropos went and bought Gabrielle a brand new tablet. When asked what prompted the generous gesture, he said "I knew her lemonade stand wasn't probably going to bring in enough money for a tablet, but seeing that she was willing to work for what she wanted, I was willing to help her. People have helped me out in my life, so it was kind of like a pay-it-forward type thing." Whatta guy.

But he's downplaying the whole thing. 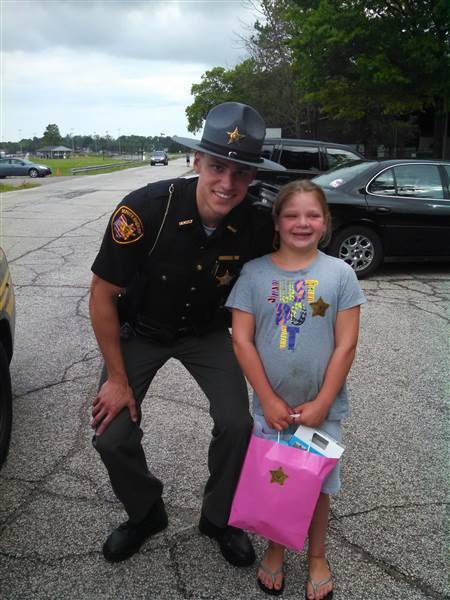 "That's how it is at Lake County. Everyone is caring here. We all give our shirt off our back for people." Gabrielle's got the giving bug too. She handed all of the dough she saved selling lemonade to her mother for gas money.