Angela Canzani lost her father to a drunk driving accident two years ago and on the anniversary of his death she stood outside a bar offering drunk people a safe ride home. 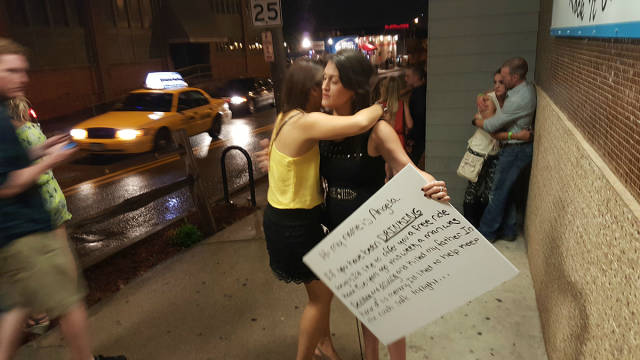 Her sign read, “Hi my name is Angela. If you have been DRINKING tonight, I’d like to offer you a free ride home. Two years ago this week, a man was drinking and driving and killed my fater. In honor of his memory, I’d like to hel keep the roads safe tonight.”
2 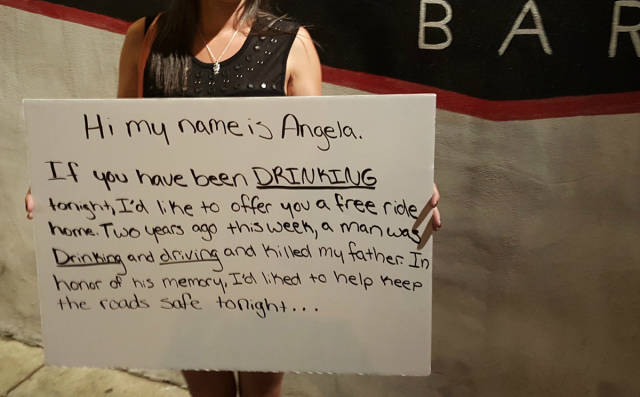 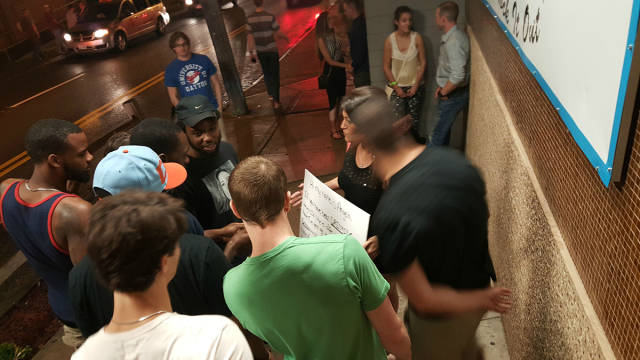 Some people were so touched by the story that they were left speechless, thinking twice about their actions while under the influence of alcohol.
4 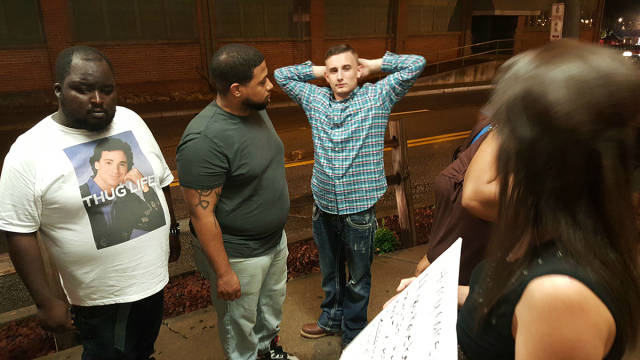 The police were just outside of the bar as well and gave Angela a polite nod of approval for the good deed that she was doing.
5 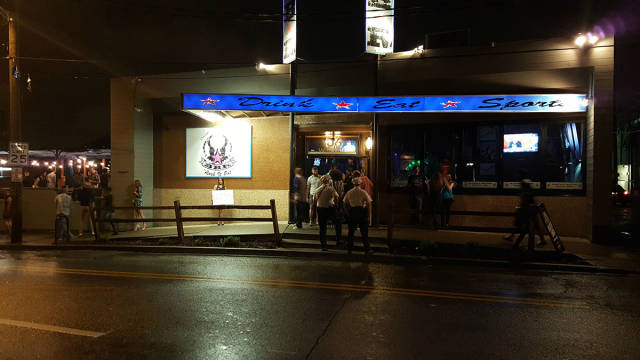 The first ride of the night was two brothers, one of which who was underage. That’s why they didn’t show their faces for the pictures. Regardless, the two made it home safe and sound.
6 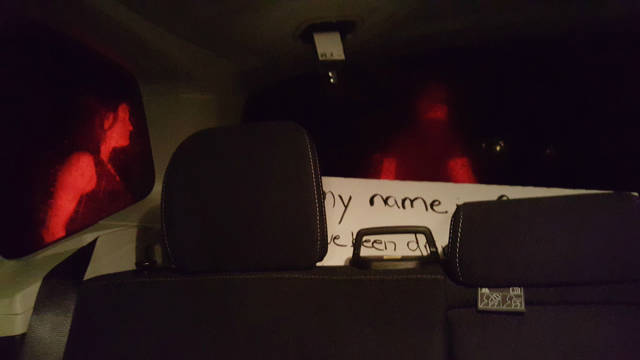 Next up was this guy, who despite his questionable haircut, made the right decision to get a ride home.
7 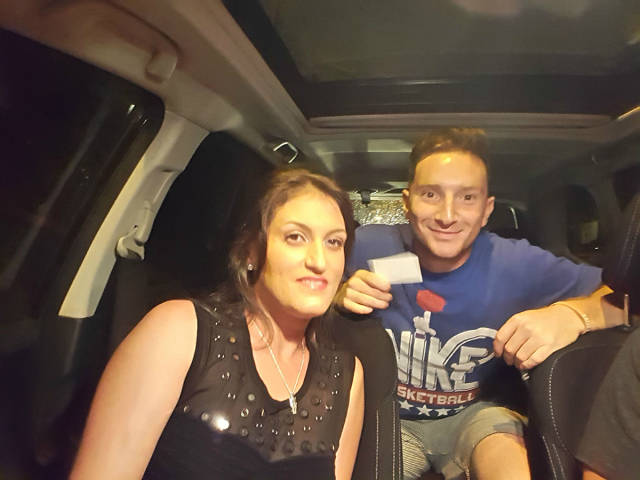 The final ride of the night was with these two, who actually had relatable stories of their own to share with Angela.
8 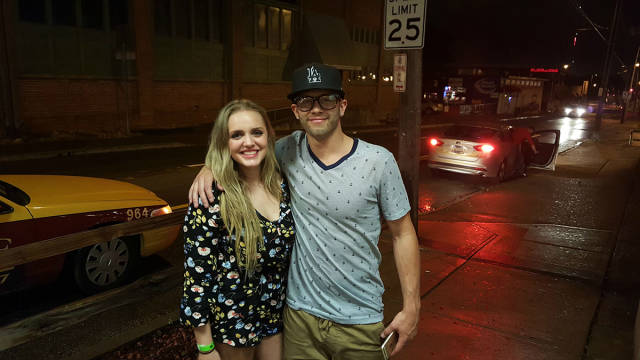 They even stopped for late night gyros, because, well, gyros.
9 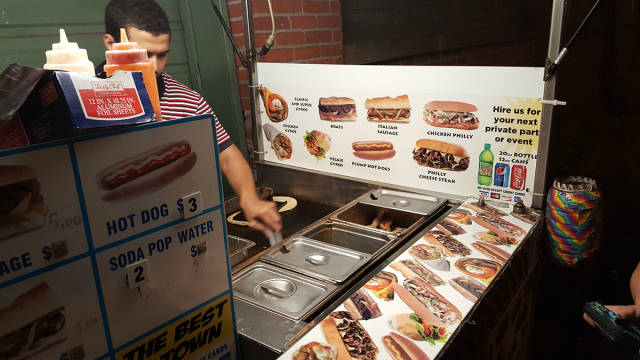 The driver for the night was actually Alex Sheen who created a social movement called: “Because I said I would.” This movement focuses its efforts simply on the betterment of the world.
10 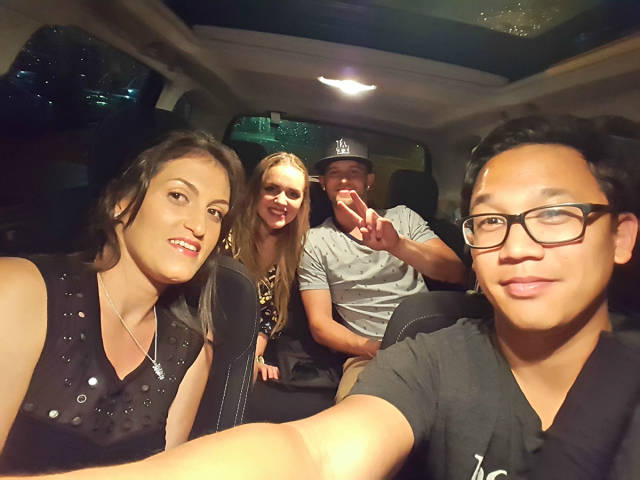 Angela and Alex handed out these promise cards to everyone they saw that night so that people could make a commitment to something and hold themselves accountable. Hopefully everyone who received a card that night made a commitment to themselves to stay off the roads if they had been drinking, simply because they said they would.
11 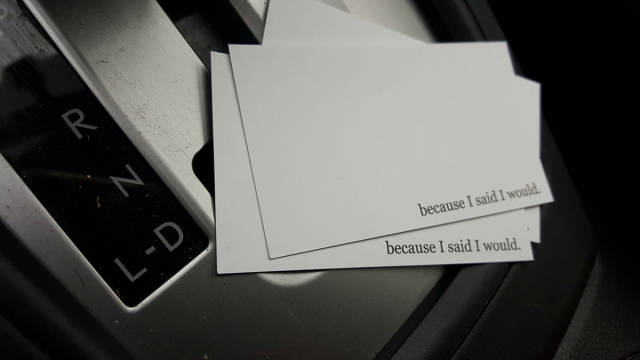