Dumb and Dumber raked in almost a quarter of a billion dollars worldwide. It was the number 1 box office movie in 1994.
1 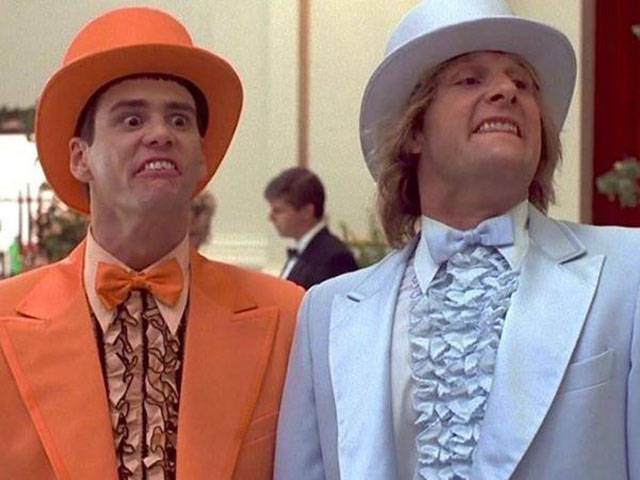 Jim Carrey was initially offered $700,000 to appear in the film. However, the offer went in the same week that Ace Ventura: Pet Detective opened number one at the U.S. box office. With that new leverage, Carrey’s agents renegotiated and got their client $7 million, almost half the film’s budget.
2 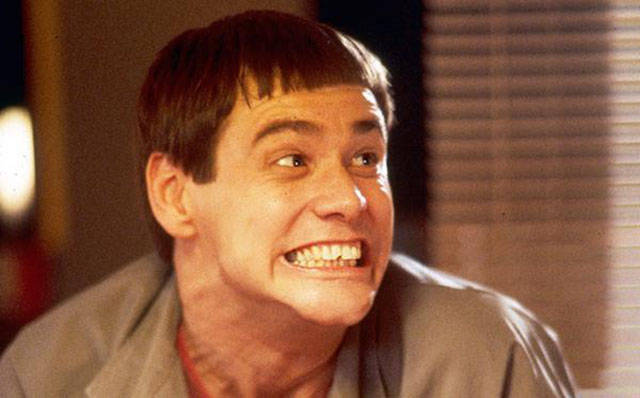 Jeff Daniels reportedly earned the role of Harry after the Farrelly brothers remembered him from a Pepto Bismol commercial.
3 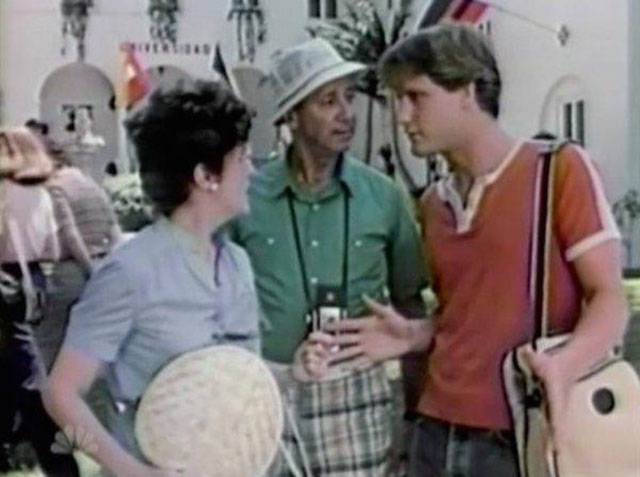 Lloyd’s chipped tooth is real. Carrey damaged it years earlier and had his cap removed so he would look more deranged.
4

Harry and Lloyd are named after Harold Lloyd, a star during the silent era.
5 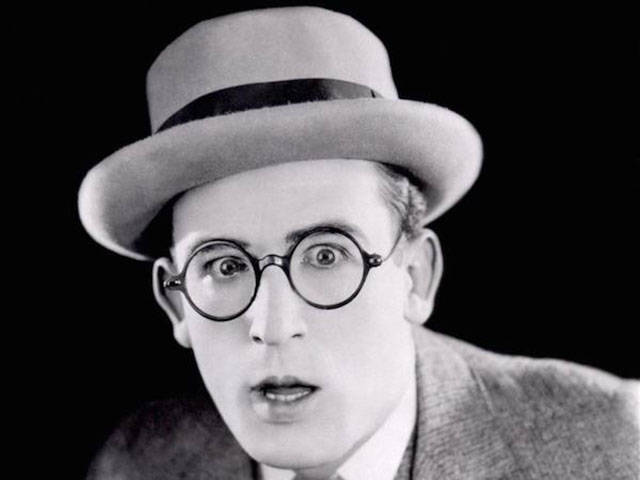 Nicolas Cage and Gary Oldman were the original choices for the lead roles.
6 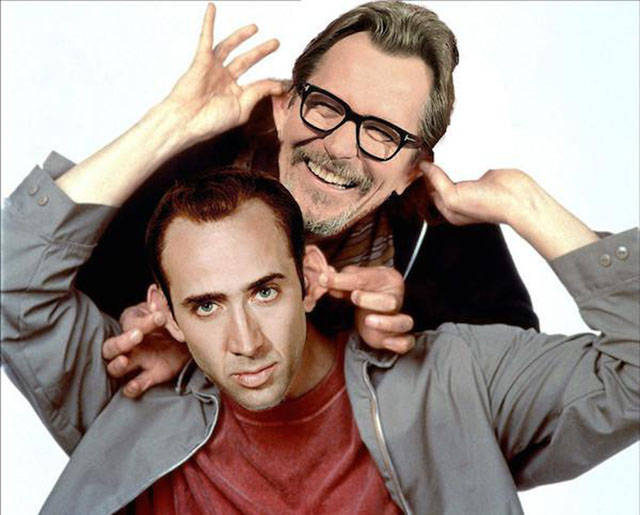 In order to maintain Harry’s frizzy hair the length of the shoot, Daniels was instructed to only wash his hair. He couldn’t use conditioner, blow dry it, or brush it.
7 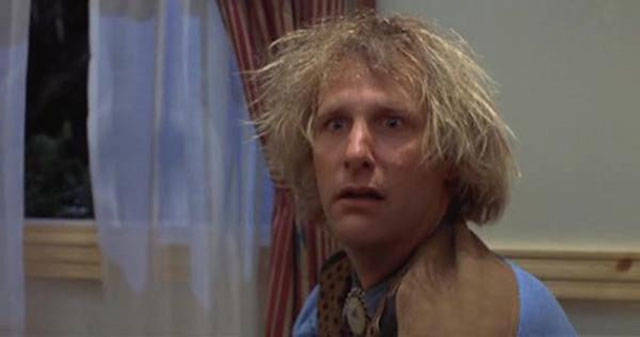 Although the ultimate travel goal was to reach Aspen, Colorado, the actual town wanted too much money for the rights so many scenes were shot in nearby Breckenridge.
8

If Mary Swanson would have chosen Lloyd Christmas over her fiance, and then married him, she would have been Mary Christmas.
9 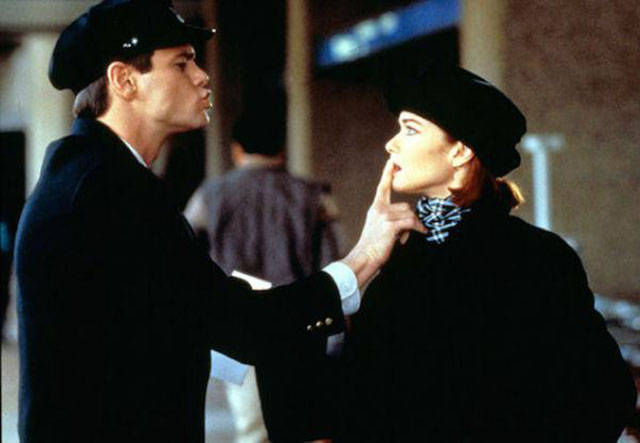 The last name of Harry’s (and Lloyd’s) ex-girlfriend, Freda Felcher, is also the name of a lurid sexual act.
10

Lloyd’s watch is a “Casino Alarm Chronograph” suggesting it’s a fake of the already inexpensive brand, Casio. It also lacks any of the dials found on a real chronographic watch, along with the numerals 5, 6, and 7.
11 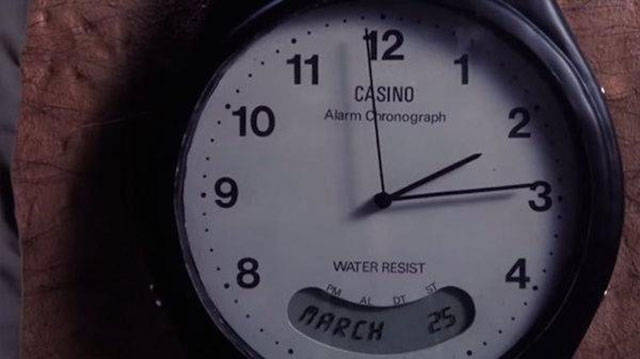 Jim Carrey had gallstone surgery while filming “Dumb and Dumber.” His operation caused filming to shut down for one week.
12

Clint Eastwood took Jeff Daniel’s toilet scene very personally. After the movie premiered and was a big hit, Daniels was approached by Hollywood legend Clint Eastwood at a celebrity golf tournament, who told the actor that the embarrassing toilet scene actually happened to him in real life, and that it wasn’t as funny as the movie portrayed it to be.
13

Before they filmed Dumb and Dumber To, Jim Carrey and Jeff Daniels hadn’t worked together in 20 years.
14 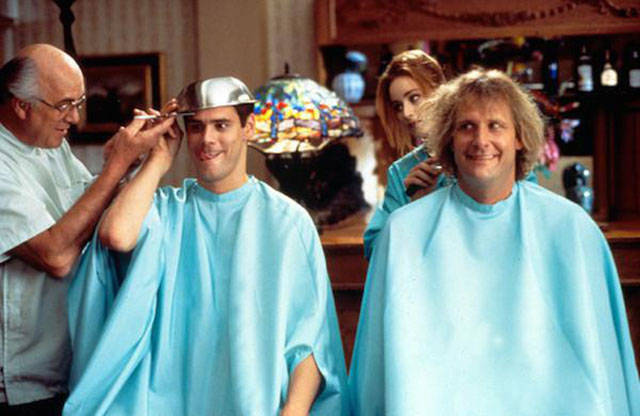 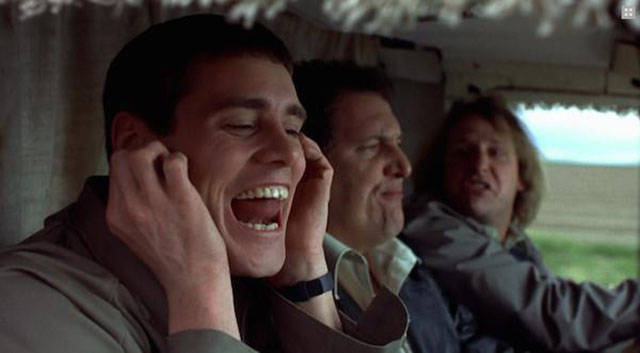 Brady Bluhm, who plays Billy (aka “Pretty Bird”), was only 10-years-old during filming but was already a veteran TV actor. He appeared on Roseanne, Empty Nest, The Ben Stiller Show, and Baywatch all before Dumb and Dumber.
16 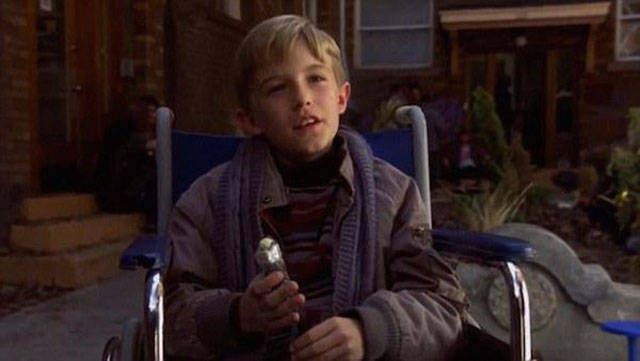 Co-writer Bennett Yellin’s first draft of the script was reportedly so scattered it gained a negative reputation amongst film investors. After it was rewritten, it was pitched to producers under the fake title A Power Tool Is Not a Toy, so people would actually read it.
17

After scamming Seabass to pay for their bill, Lloyd says he saw it on a movie. The movie he is speaking of is Something Wild (1986) and the guy who pulls the scam is played by none other than Jeff Daniels
18 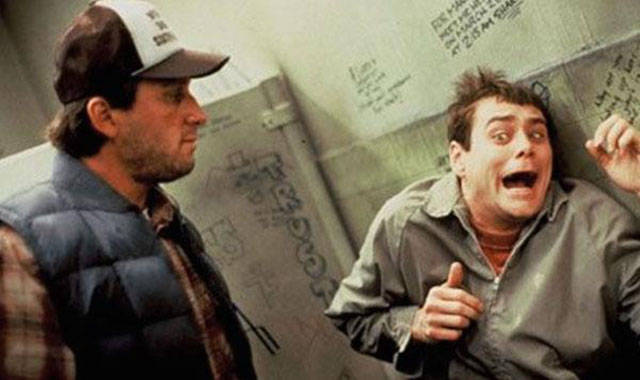 The movie had several alternate endings. One of the alternate endings had the Danbury Hotel concierge offering Harry and Lloyd a job working one day a week at the hotel, which the pair laugh off and leave on their moped. Another similar ending has the concierge asking the two to stay and possibly look after his grandson who ends up being Billy in 4C, the blind child that Lloyd tricked into buying Harry’s dead bird.
19 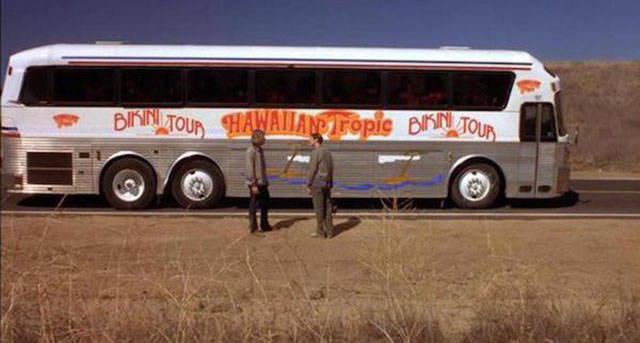