Daniel Day-Lewis was the first actor to take home an Oscar for one of the many movies made by Steven Spielberg. He won the golden statue in 2013 for Lincoln. 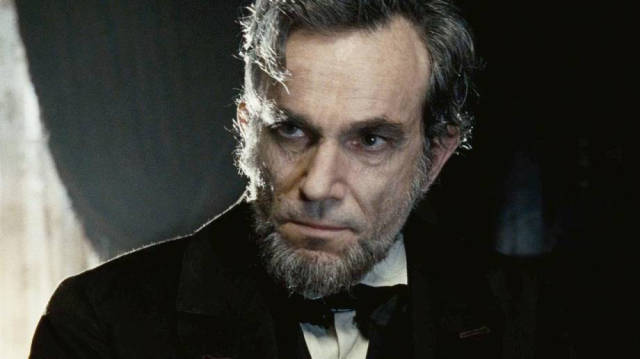 The infamous fake shark in Jaws doesn’t fully appear in the movie until an hour and 21 minutes into the 2-hour film. This is because the mechanical shark hardly worked during filming, so Spielberg has to get creative to avoid shots of the POS machine. 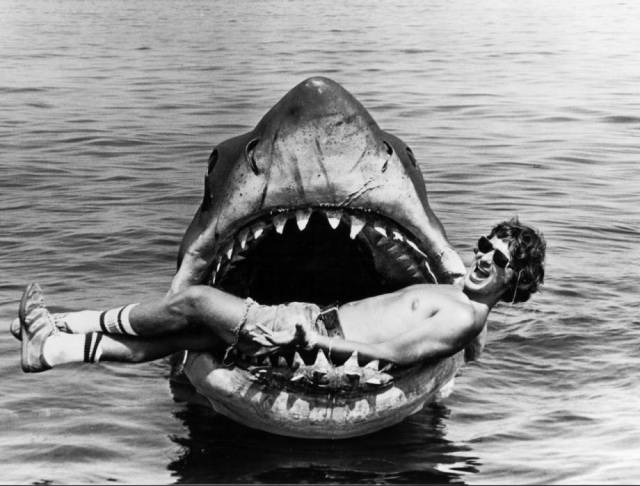 Close Encounters of the Third Kind was almost a very different movie. The initial story was going to be about a police or military officer working on the Air Force’s official UFO study in the 1950s and 1960s who would bust the cover-up of aliens wide open. Previous titles included “Watch the Skies” and “Kingdom Come.” 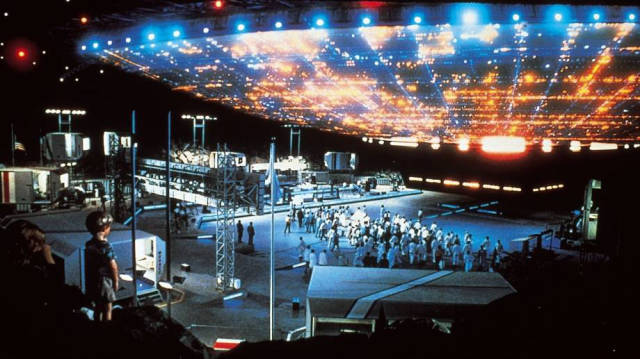 Spielberg’s war comedy 1941 pretty much bombed, but he thinks he knows what went wrong. “What happened on the screen was pretty out of control, but the production was pretty much in control. I don’t dislike the movie at all. I’m not embarrassed by it- I just didn’t think that it was funny enough.” 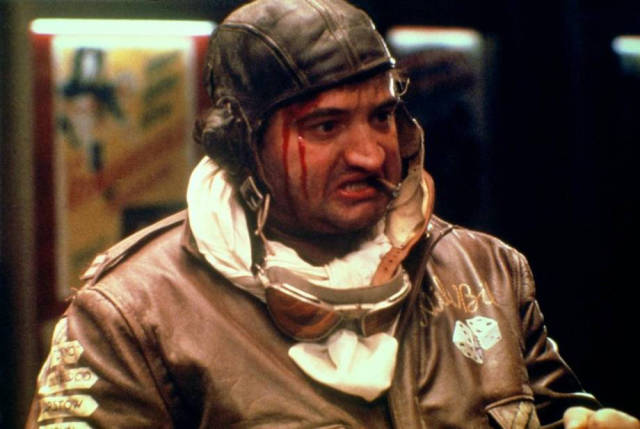 Visual effects supervisor Dennis Muren and his team were asked to create organic special effects for ET to surround the potentially not-so-organic looking alien puppet. The famous scene of the boy and ET fying across the giant moon was mostly “real.” It took Muren and his team weeks to find the best spot to film a low moon among trees, and they used maps and charts to coordinate everything once they found the money shot. The only things not real are the characters, which were puppets added in post-production. 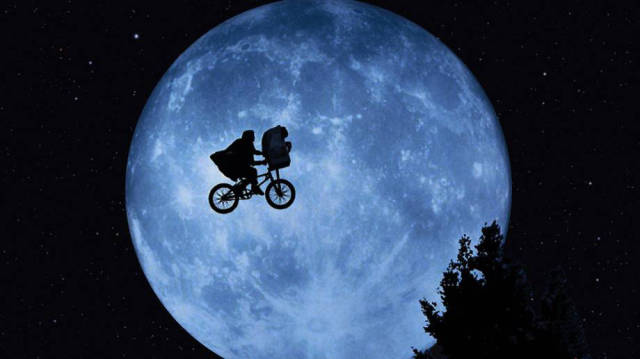 Jurassic Park broke new CGI ground. Spielberg wasn’t thrilled about the test shots of the dinosaurs- they just weren’t real enough. So Muren and his team showed Spielberg an early CGI dino test of a group of Gallimimus skeletons running through a field. He loved the ease of movement and realism of the effects, but he didn’t think it was good enough still. He pushed Muren to go further, and when they came back with a fully rendered T-rex walking across a field in the daytime, the director decided to go full CGI for certain shots. 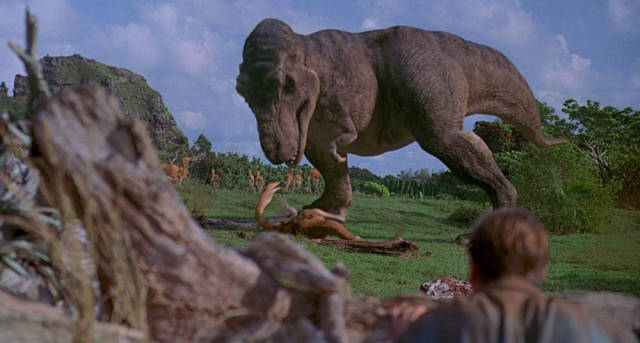 The D-Day sequence in Saving Private Ryan was really expensive. How expensive you ask? the one scene cost $12 million due to logistical problems and the need for complete realism. the entire budget for the movie was $70 million. Also, none of the sequence was storyboarded. 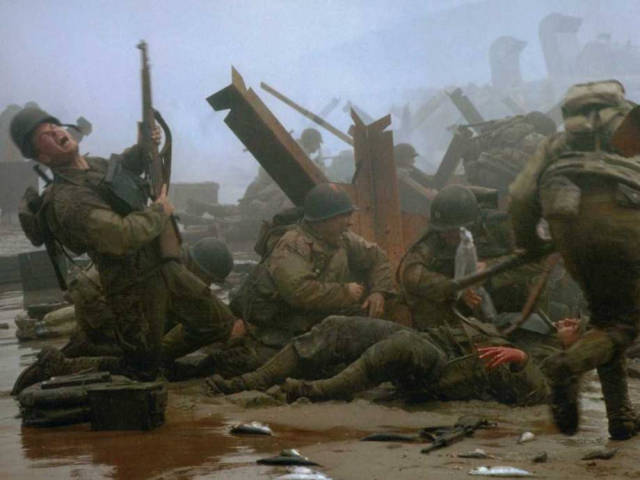 The main reason he directed Indiana Jones and the Temple of Doom was because he would have gotten too jealous if anyone else took his job. “I got separation pangs. I knew that if I didn’t direct Temple, someone else would. I got a little bit jealous, and I got a little bit frustrated.” 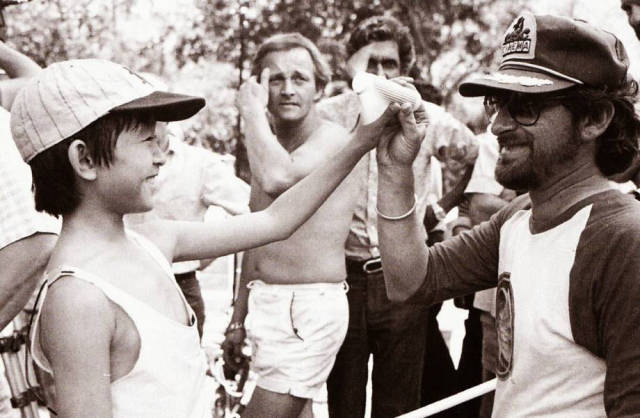 Then, Indiana Jones and the Last Crusade was made as an apology for Temple of Doom. Spielberg said he had to make up for the movie because “it was too horrific.” 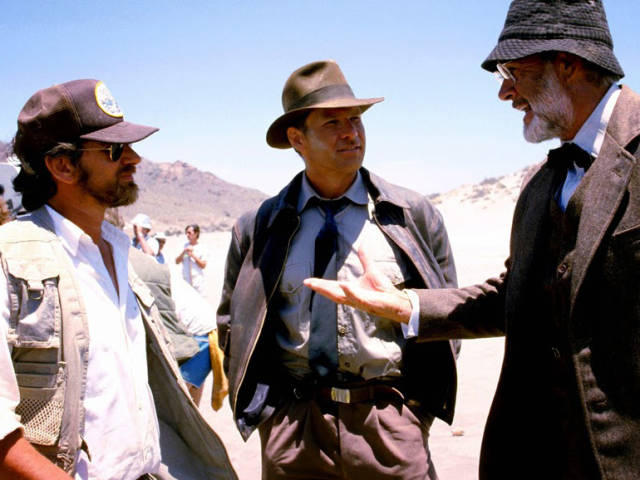 Spielberg thought any personal gain made from making Schindler’s List would be like “blood money,” so he took the film’s profits and founded the “Shoah Foundation,” which honors and remembers Holocaust survivors by collecting personal stories and interviews. 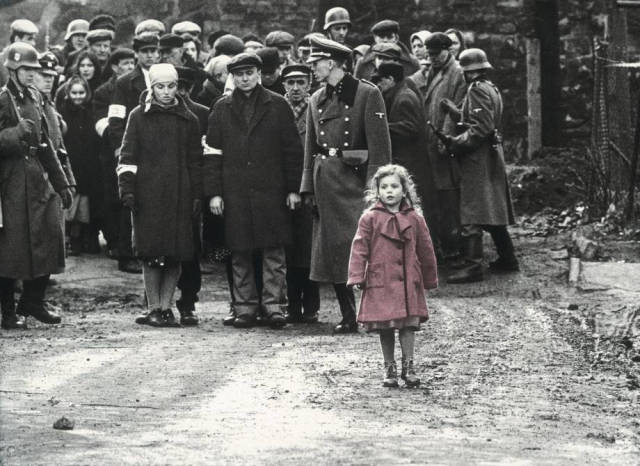 Originally, Jaws ended just like Moby Dick. The script had the shark die of harpoon injuries inflicted by Quint and Brody. Spielberg tossed the idea after he decided the movie needed a big crowd-pleaser, hence the exploding tank. 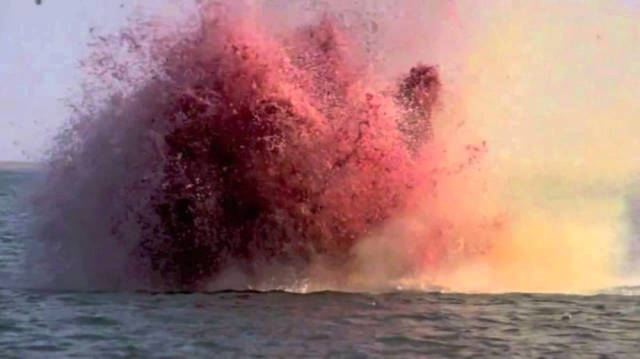 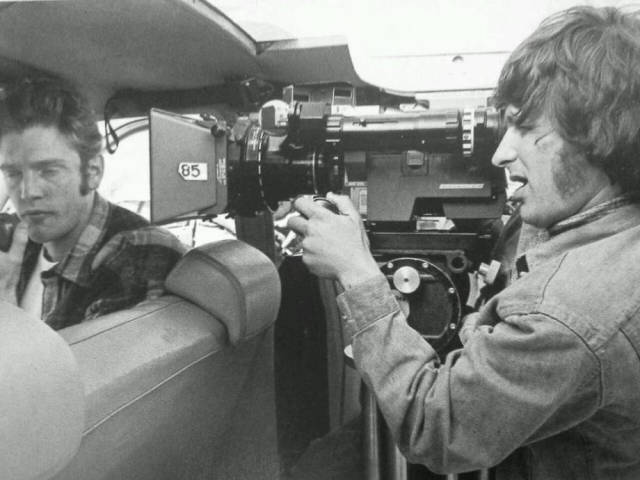 Minority Report was originally supposed to be a sequel to Total Recall. Both of the movie adaptations were from stories by Philip K. Dick, but Minority Report rights were held by Jan de Bont, director of Speed and Twister. Tom Cruise came to Spielberg about an earlier version of the script, and after Spielberg hired someone to rewrite it, they got to work. 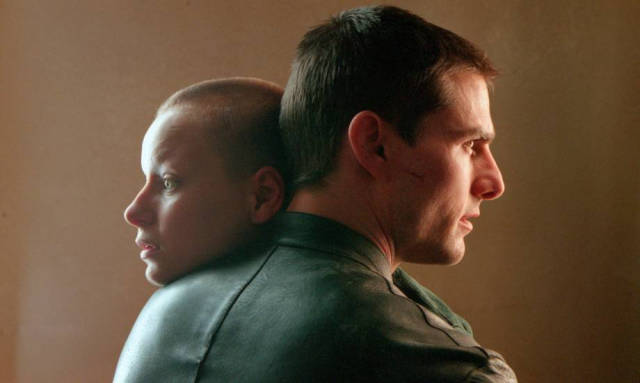 At the time of Minority Report Spielberg claimed he had not taken a salary on a movie in 18 years. He convinced Tom Cruise to do the same thing. Instead, they reportedly agreed on no upfront money in exchange for 15 percent of the box office a piece. The film made $358 million globally, giving each of them almost $54 million. 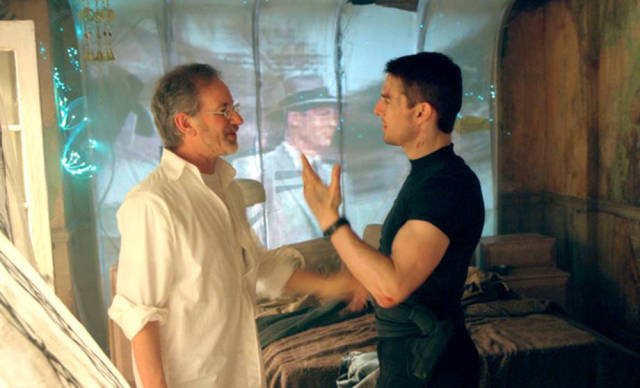 Despite what you might think, Saving Private Ryan is not based on the Sullivan brothers, a group of 5 brothers who died in action in the US Navy during WWII on the USS Juneau. Instead, it’s based on the Niland brothers, 4 siblings who were all in the US Army during that time. Brothers Robert, Edward and Preston were supposedly all killed in battle, so Fritz (whom Private Ryan is based on) was shipped back to the US so the family wouldn’t lose all of their sons. Then, Edward was actually found alive after escaping a Japanese prison camp in Burma. 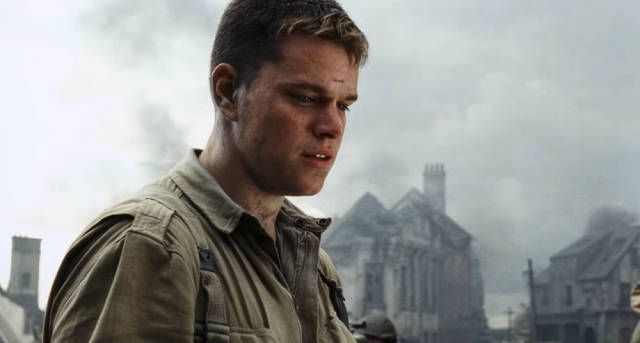 Garth Brooks was almost in Saving Private Ryan. When Frank Darabont invented the Bible-quoting sniper Private Jackson, he recruited the country singer to play him. Brooks dropped out of the movie after Spielberg came on board and brought Tom Hanks with him. Apparently he didn’t want to play second fiddle to Hanks, and when Spielberg offered him the chance to play any other character he wanted, he said he wanted to be “the bad guy.” Well, there aren’t really any bad guys in the movie other than the Nazis, so he was dropped from the movie. 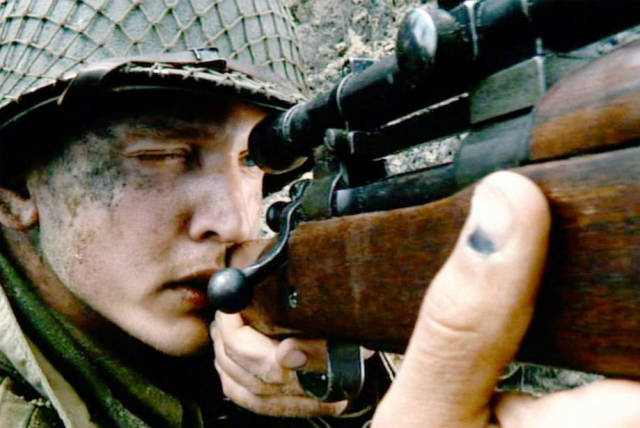 Schindler’s List is basically a student project. 33 years after dropping out of school, Spielberg finally got his BA in Film and Video Production from Cal State Long Beach in 2002. He enrolled in secret and wrote essays and submitted projects under a pseudonym. In order to pass a film course, he turned in Schindler’s List as his final project. 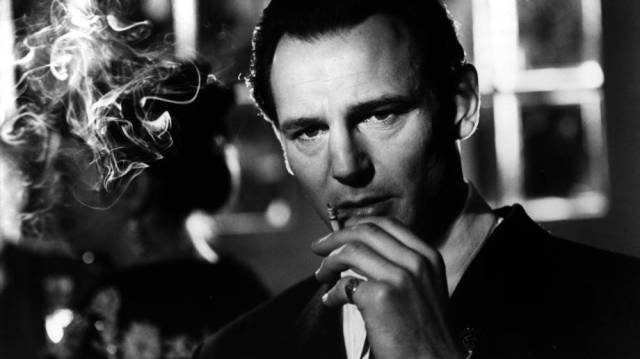 After the huge success of Jaws and Close Encounters of the Third Kind, Spielberg wanted to do something more low-key and heartwarming. He proposed a movie called Growing Up, which was inspired by his teen years. The movie was shelved, but the idea stuck with him. Columbia pictures demanded a sequel to Close Encounters, and Spielberg wanted nothing to do with it. He was however fascinated by what would happen if an alien didn’t go back to the mothership at the end of that film. He commissioned writer/director John Sayles to write Night Skies, the story of a family terrorized by aliens while one befriend’s the son.

The project turned out to be too dark for Spielberg’s taste, so he just had Columbia re-release Close Encounters with extra scenes included. He then combined Night Skies with Growing Up and created the masterpiece we know and love today, ET: the Extra Terrestrial. 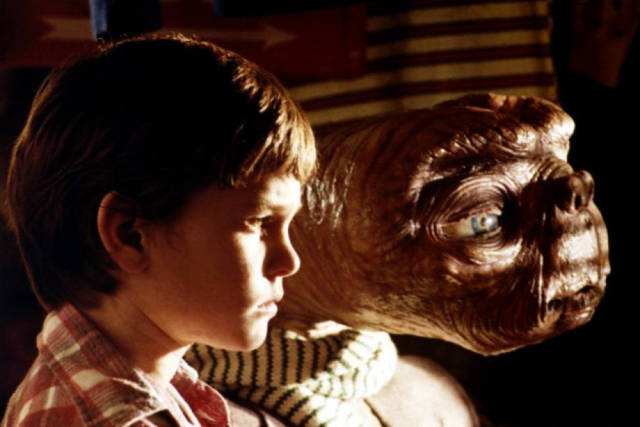 The idea of the terrorized family was repurposed for another film of his: Poltergeist. 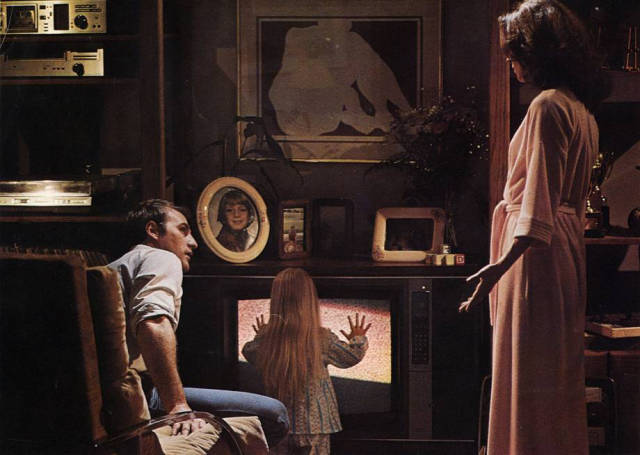 War of the Worlds was not intended to be a family movie. Spielberg says he meant for it to be very dark, and said it “was a very intense post-9/11 apocalyptic movie about the end of everything.” 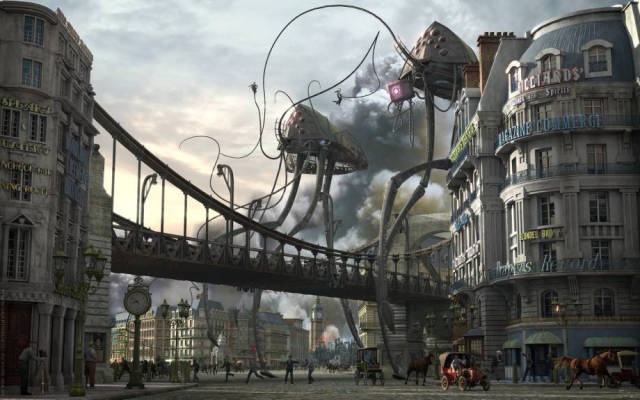 The 5-note tones in Close Encounters took a long time to get down. Composer John Williams partnered with Spielberg to come up with the distinct musical method of communication between the humans and aliens a year before filming. Williams wanted a 7-note sequence, but it was too drawn out for Spielberg who wanted a simple greeting. So the composer hired a mathemetician to calculate how many 5-note combos they could make from a 12-note scale. The answer was larger than 134,000. Williams whittled it down to 100 different combinations, and they worked it down from there. 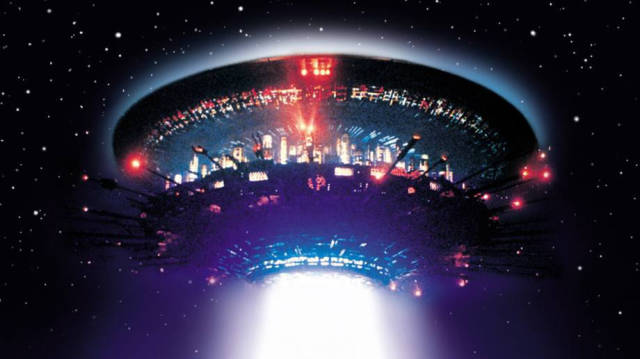 25% of the budget for Minority Report was financed by product placements. Toyota shelled out $5 million for a Lexus called the Mag-Lev to be in the movie, and Nokia coughed up $2 million to get their headsets on the actors. The Gap, Pepsi, American Express and Rebook all jumped on the sci-fi wagon too.

The real Frank Abagnale, Jr. said he was pleased with the outcome of Catch Me If You Can. He told WIRED “I wasn’t very involved with the making of the film, but I thought Spielberg did a great job and only changed very minor things.” He goes on and says changes Spielberg made included him being an only child (Abagnale had two brothers and a sister), and the back and forth relationship with his father. He says “In real life once I ran away from home I never saw my parents again and my father passed away while I Was in prison.” Other than minor details, the story is very accurate. 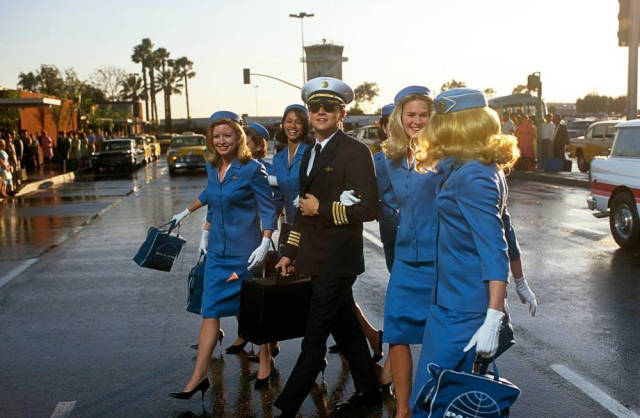 The 1987 WWII drama Empire of the Sun, which was Christian Bale’s debut, is considered by Spielberg to be his the darkest film. He says, “I made a movie to satisfy me, not the audience. It’s as dark as I’ve allowed myself to get.” 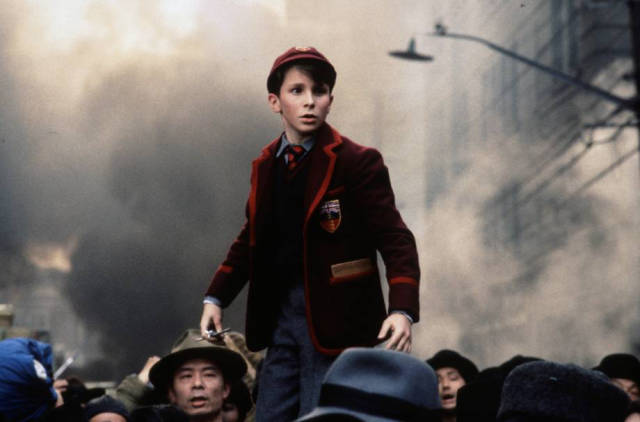