The Shining (1980) - Director Stanley Kubrick was intentionally rude and unhelpful to Shelley Duvall on set and also directed the cast and crew to do the same. The feeling of frustration and loneliness of Duvall’s character really shows throughout the film and results in an amazing performance.
1 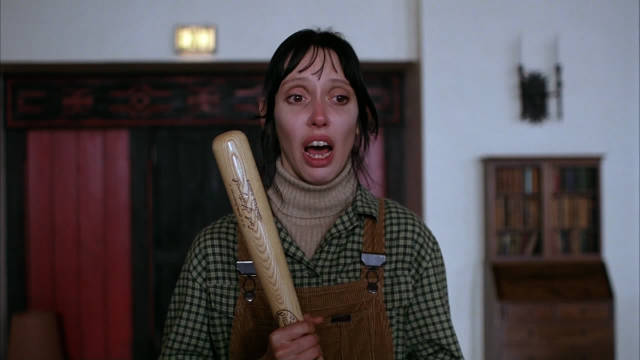 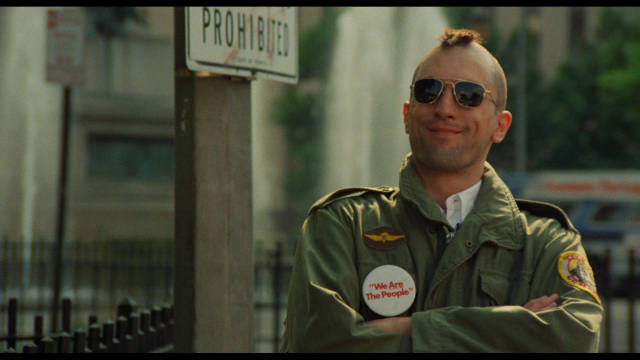 The Shawshank Redemption (1994) - Clint Eastwood, Harrison Ford, Paul Newman and Rober Redford were all in the running to play Red in the film. Red in the novella is a big burly Irishman, however director Frank Darabont wanted Morgan Freeman for his deep voice and a strong presence of screen.
3 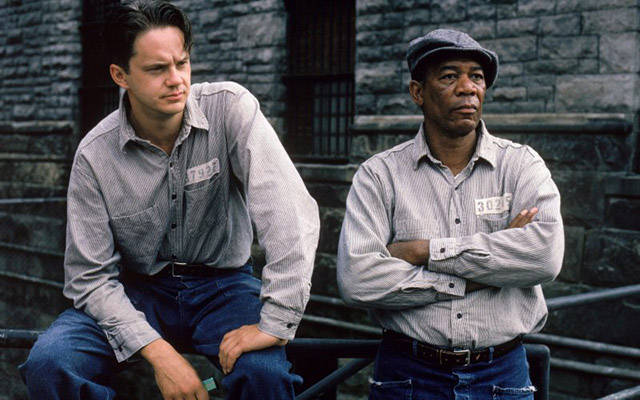 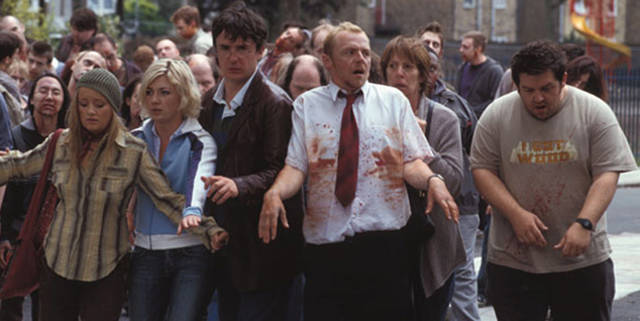 Raiders of the Lost Ark (1981) - Steven Speilberg and Melissa Mathison wrote a script while on the set of Raiders. While Mathison was there to visit her husband, Harrison Ford, Speilberg went over an idea he had for a new script, dictating it to Mathison. The script was E.T. the Extra Terrestrial (1982).
5

Pulp Fiction (1994) - The famous heart stabbing with a syringe scene looks so intense because it was filmed with John Travolta pulling the needle out of Uma Thurman’s chest, then the film was run backwards.
6 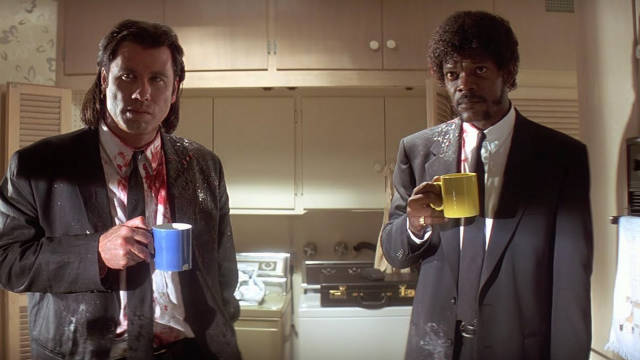 Lawrence of Arabia (1962) - Almost all of the movement in the film is shot from left to right, including walking and horse riding scenes. Director David Lean said he shot it this way so the film would look like a journey.
7

Jaws (1975) - The film was shot at about 25% from water level, so the audience would have the eerie feeling of treading water.
8 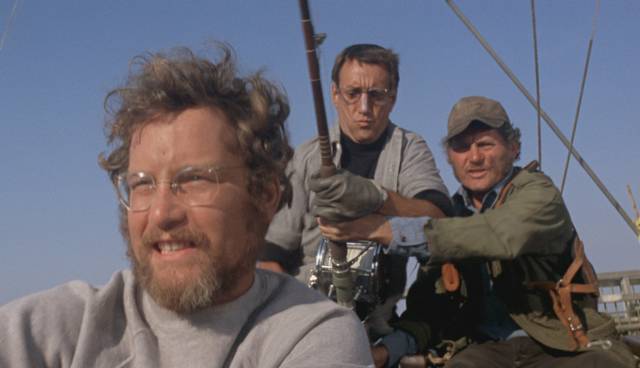 Goodfellas (1990) - The “you think I”m funny, how am I funny?” scene was based on a story Joe Pesci told director Martin Scorsese. As a young man Pesci was working as a waiter and told a mobster at one of his tables that he was “funny”, and the mobster became furious. Scorsese let Pesci and Liotta improv the scene and didn’t tell the other actors, hence the geniune reactions.
9 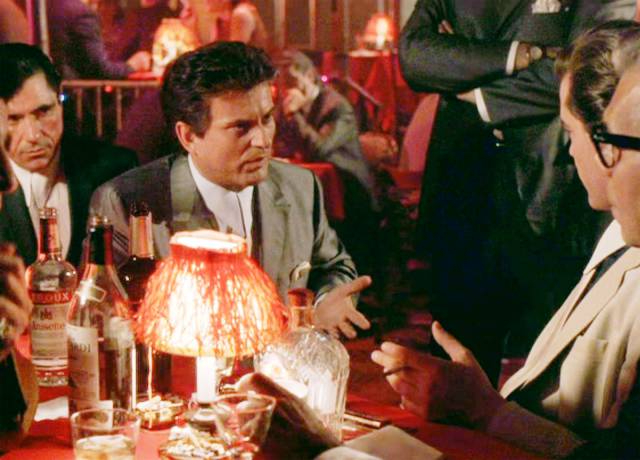 The Godfather (1972) - In 1974, The Godfather premiered on NBC, running from 9p.m. - 11p.m. At 11p.m. the New York Municipal Water Authorities received an urgent overflow report from all toilets flushing at the same time. Talk about being sucked into a movie.
10 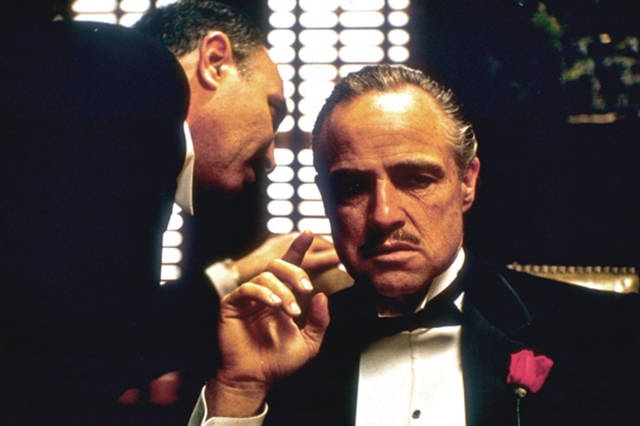 Fight Club (1999) - In the scene in Fight Club where Edward Norton punches Brad Pitt behind the gas station, Norton actually punches Pitt. It was supposed to have been faked however right before the swing scene director David Fincher pulled Norton aside and told him to go for it. You can see Norton smile after the hit.
11 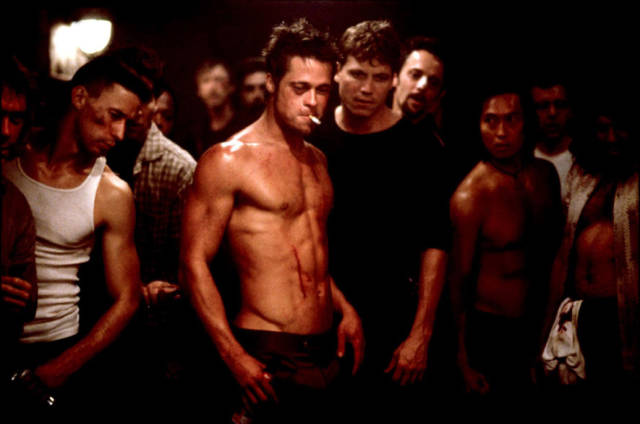 Ferris Bueller’s Day Off (1986) - In order to appear completely drugged out for the film, actor Charline Sheen stayed up for over 48 hours before shooting.
12

The Exorcist (1973) - Linda Blair who played the possessed teen received so many death threats from extreme religious groups that Warner Bros. Films hired bodyguards to follow her for 6 months after the films release.
13 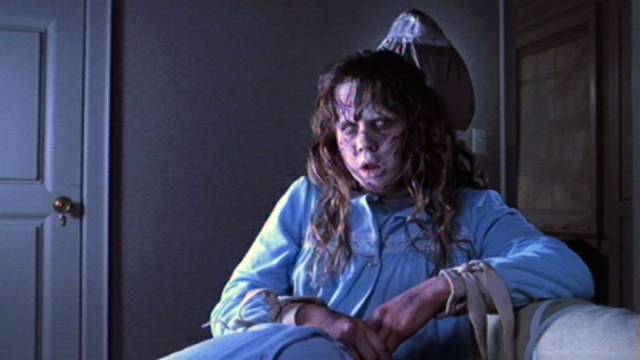 The Life Aquatic with Stever Zissou (2004) - The song that plays when Steve is giving the tour of the boat is actually the theme from The Royal Tenenbaums (2001) being played in reverse.
14 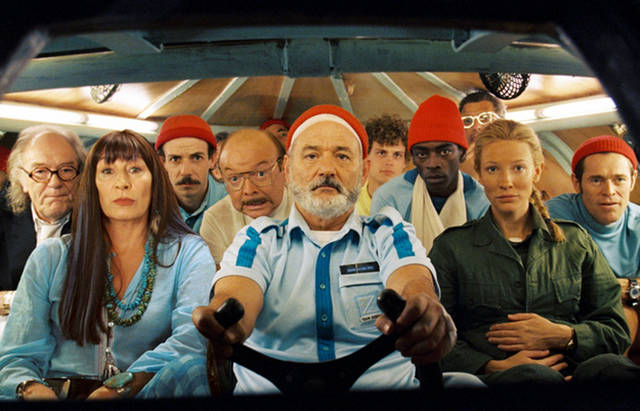 A Clockwork Orange (1971) - When Malcolm McDowell met Gene Kelly at a party years after the film was released, Gene Kelly walked away from McDowell in disgust. He was not happy with the way the song ‘Singing in the Rain’ was used during the rape scene in A Clockwork Orange. The song was ad-libbed by McDowell.
15 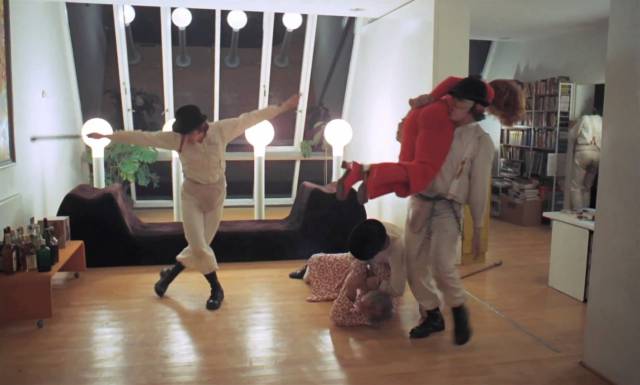 Citizen Kane (1941) - In the film Orson Welle’s character states, “Don’t believe everything you hear on the radio!” The statement is a tip of the hat to his radio broadcast of “War of the Worlds” which scared the entire nation and ended up in multiple law-suits.
16 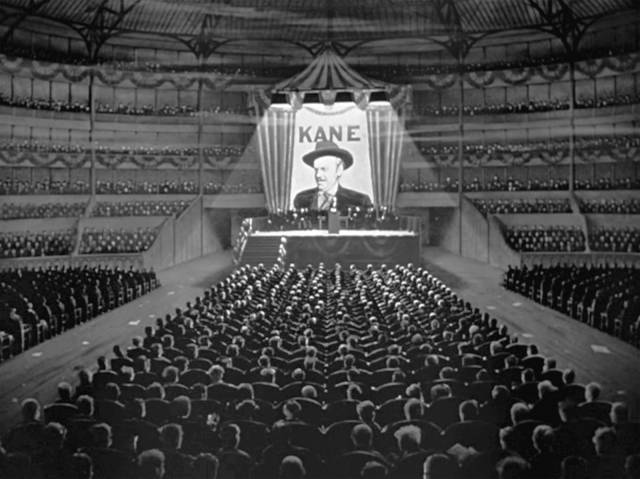 Blazing Saddles (1974) - Mel Brooks and his writer’s were sitting across the table from John Wayne one day at lunch on the production lot. The Duke said he had heard about their new western, the one where they say things like, “blow it out your ass”. Mel Brooks replied, “Yes and we’d like you to be in it.” John Wayne replied, “Naw, I can’t do a picture like that, but I’ll be first in line to see it!”
17 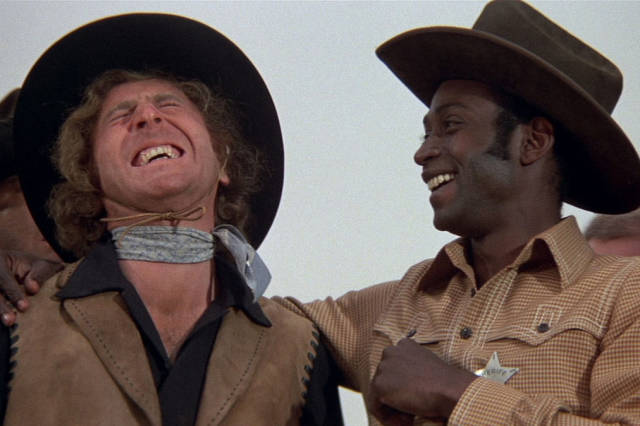 Blade Runner (1982) - The snake-scale scene under the electron microscope was actually a bud of marijuana.
18 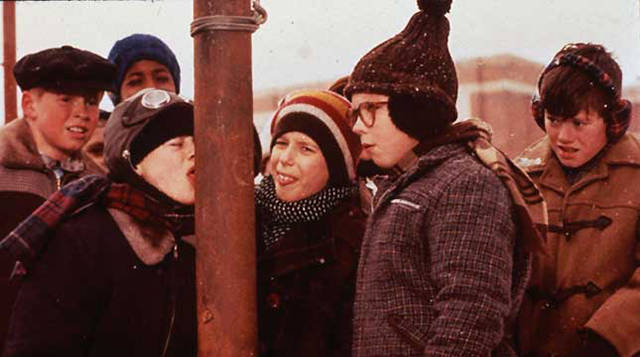 Edward Scissorhands (1990) - The cookie-cutter houses and neighbors in the film are all based on Burbank, California, hometown of director Tim Burton.
20 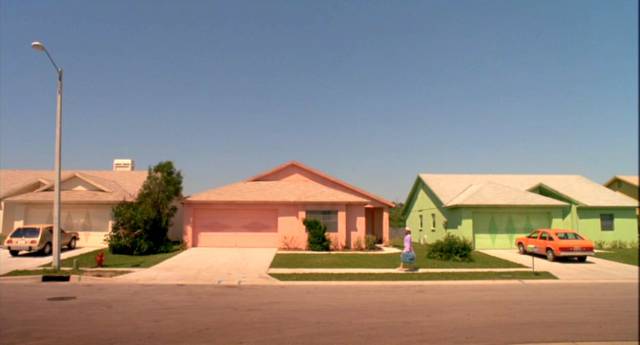