In Ottawa, Joshua Barbour works with this guy named Darren. Better known to the Internet world as, “Pizza Dad.” Joshua got a part-time job delivering pizzas for some extra Christmas cash. This is where he met Pizza Dad. 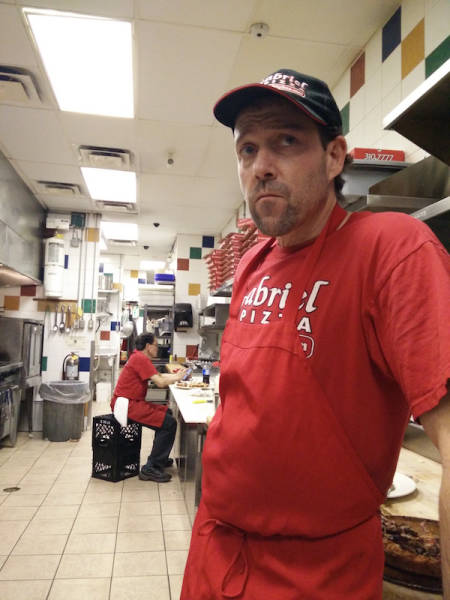 Joshua asked Pizza Dad to make him an “up vote” pizza in hopes of it going viral on IMGUR. “What the hell is imgur?” was Pizza Dad’s response. 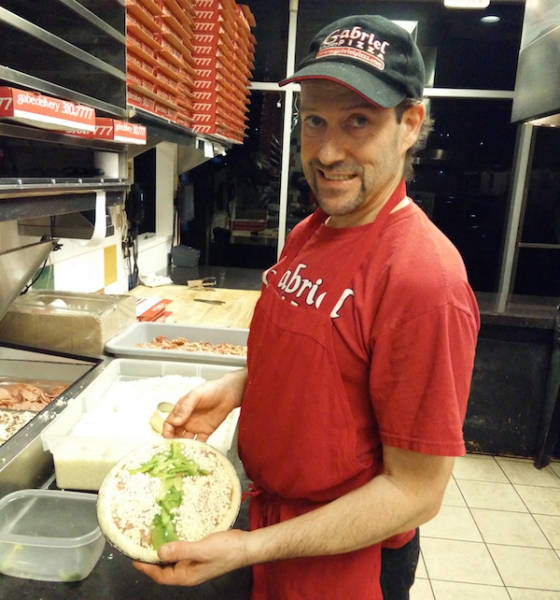 Still, it turned out pretty well. 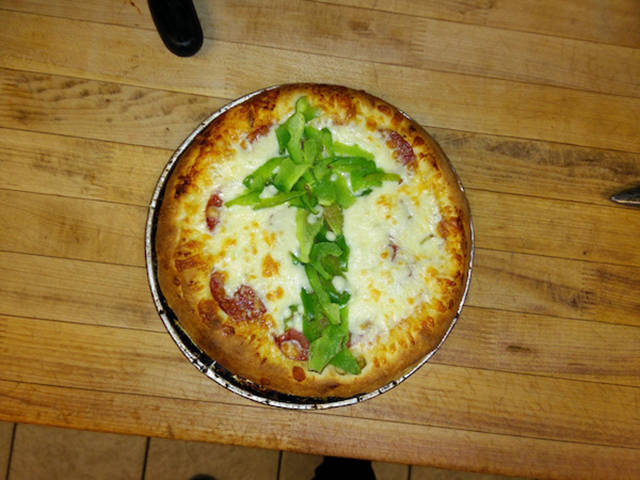 This is where things get a little sad. In Joshua’s words,

“Every night, Pizza Dad’s girlfriend calls him long distance. He gets super sad after these calls. I asked him to tell me his story.”

“So he’s a single dad at this point with 3 kids. 11 month old boy a 2.5 year old girl and a 3.5 year old girl. He takes care of them by himself with a little help from his parents when he’s working late shift. EVERYTHING he makes goes back to his kids to provide for them. Being a pizza cook is not lucrative as you can imagine. But he works hard, and provides for his family.” 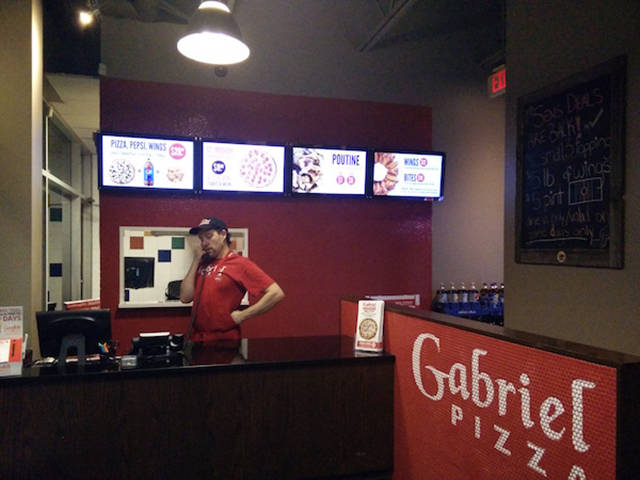 After hearing his story, Joshua created a GoFundMe campaign in hopes of raising $2,000 to surprise Pizza Dad. The people of the Internet blew up the campaign to over $5K! 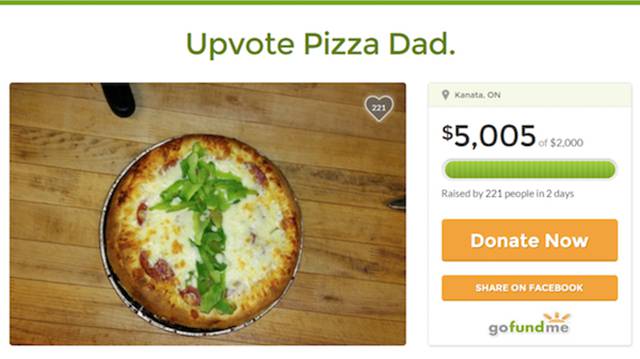 Joshua gifted Pizza Dad all of the money, snow suits for his kids, and a gift basket full of treats from Pizza Dad’s home land, the United Kingdom. 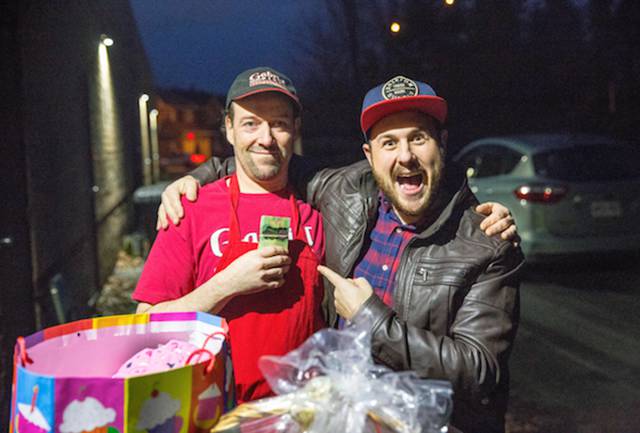 Pizza Dad teared up as he went through the gift basket full of goodies from home. 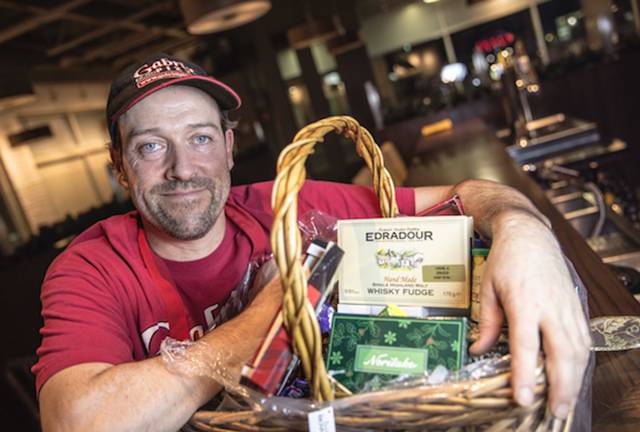 What would Pizza Dad do with all of this money? 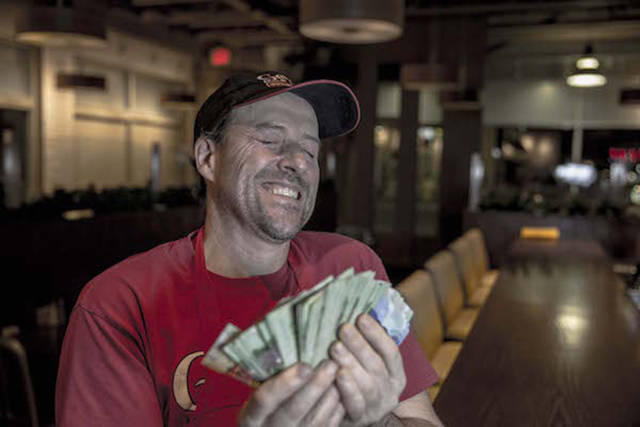 He bought presents for his kids to give them the best Christmas ever and paid off some debt. 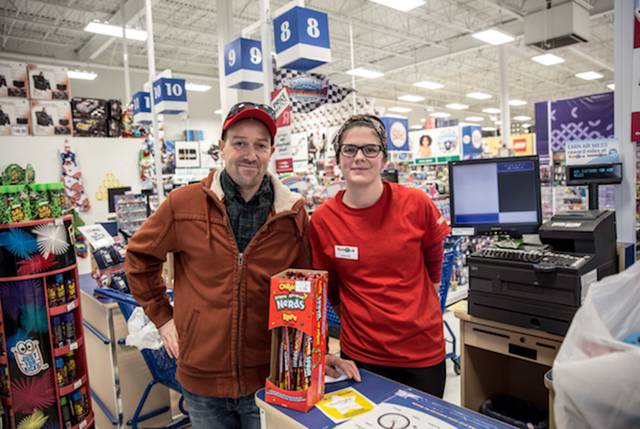 To everyone who helped out, Pizza Dad says, “Thank you from the bottom of my heart.” You can see by the look on his face and the twinkle in his eye that he means it. 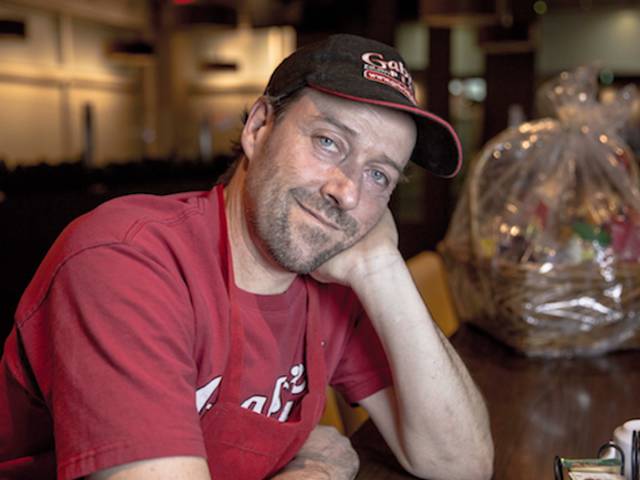