X Men Origins: Wolverine: When Wolverine is on the island and he gets to the caged mutants, the scene shows one tied up and moving very fast. In case you noticed or wondered, that mutant was Quicksilver. 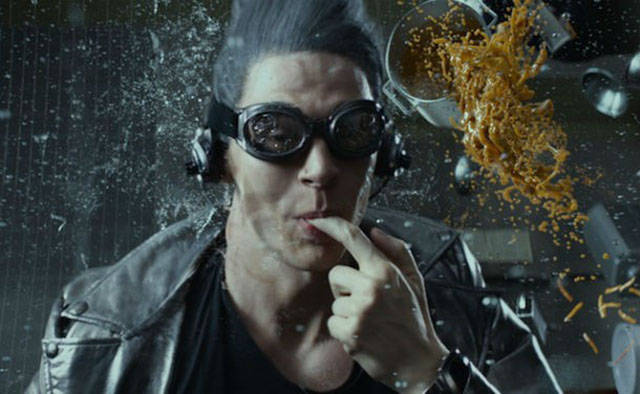 The Usual Suspects: In the opening sequence, which is repeated later in the film, Keyser Soze shoots Dean Keaton before dropping his cigarette butt into a pool of oil, igniting an explosion aboard the Tanager. At the end of the film we are shocked to discover Keyser Soze is the poor, innocent-looking Verbal (Kevin Spacey), but the hand seen dropping the cigarette butt wasn’t his but that of the film’s director, Bryan Singer, as the scene was shot in his backyard. 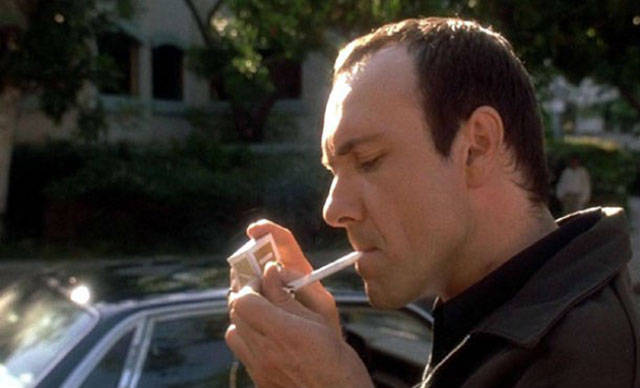 Tron: Legacy: Do you remember the two DJs in this movie? Well, in case you’ve speculated about it, you were right: these DJs are actually Daft Punk, who composed the top-selling soundtrack to the film. 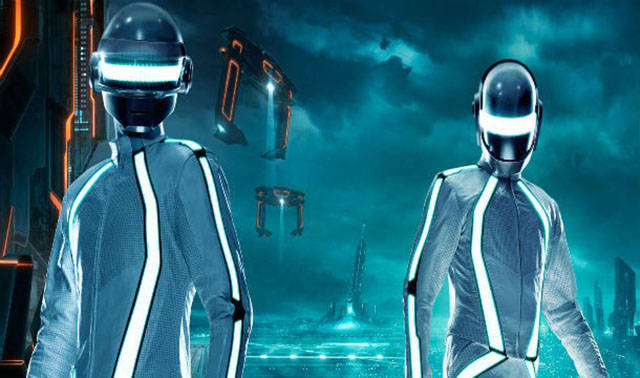 Transformers: In the final battle of the movie, after Bumblebee loses his legs, look at the tow truck Mikaela Banes starts to hot-wire. The truck is actually Longarm from the video game. 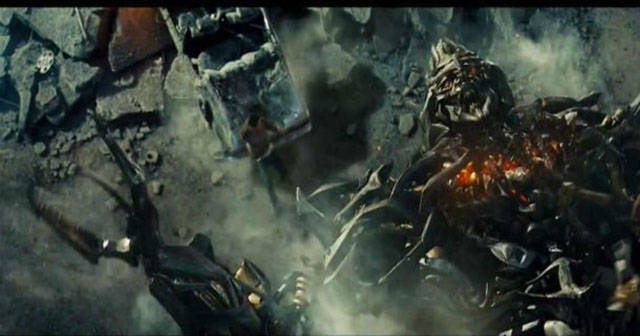 The Doors: During one of the opening scenes a young Jim Morrison is hitchhiking. Just after a car stops and he picks up his bag to get in, the camera pans across the ground to a lizard that whispers “Morrison.” You can hear the whisper again in the cave after the peyote scene in the desert. 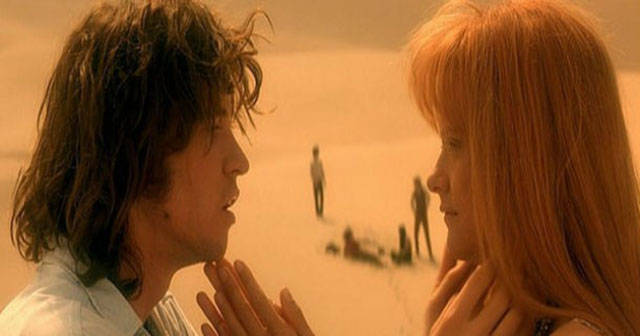 Taxi Driver: At the end of the movie, Travis has pasted newspaper clippings of articles about him and Iris, the prostitute he saves, on his walls. One of the articles has a picture of Iris’s parents. The picture is actually a picture of Scorsese’s parents. 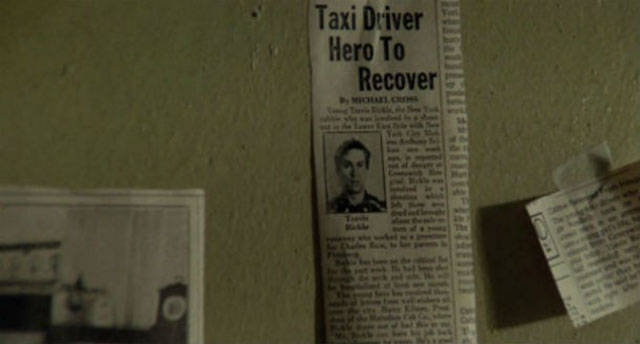 The Goonies: At the end of this beautiful ’80s film, all the Goonies reunite with their families. This scene was an awesome way to see the actors’ true family members. Each actor reunites with his real parents and sometimes even siblings, well except for Josh Brolin and Sean Austin, who had actors portraying their mother and father. 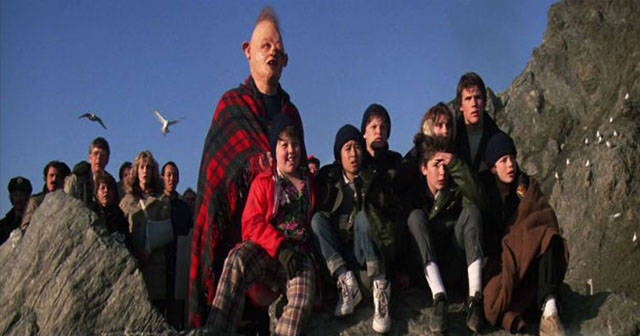 The Exorcist: William Friedkin, the film’s director, purposefully put many moments of “subliminal direction” in the movie. All of which can be seen if you pay attention. They flash by very fast but not too fast to pick up. Keep in mind, however, that according to Friedkin the “subliminal” effects were not really subliminal, just quick disturbing images to add more horror to this already disturbing film. 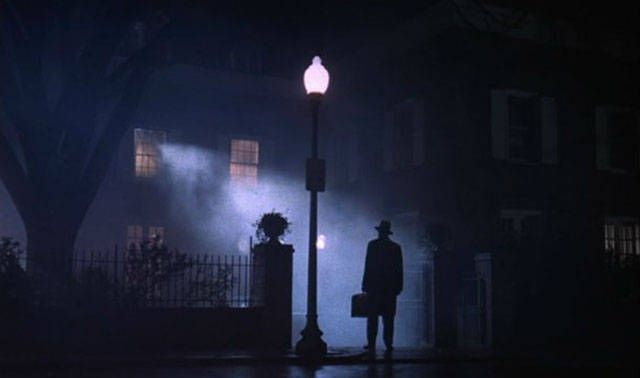 The Big Lebowski: In the beginning of the movie when the dude is buying milk at Ralph’s he makes out the check for September 11, 1991, then glances up and sees George Bush Sr. on the TV talking about invading Iraq, saying “This aggression will not stand.” Astonishing coincidence? Probably so. 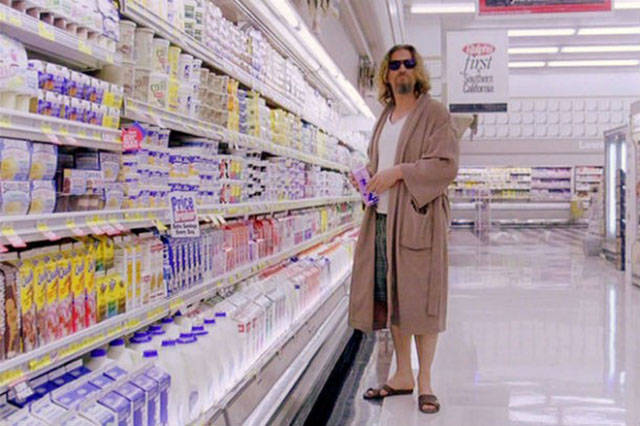 Back To The Future: When Marty crashes into the 1950s, he ploughs into a family farmhouse. The irate farmer refers to his son as Sherman, before the mailbox he shoots reveals his name to be Peabody. Sherman and Peabody are a cartoon double-act with access to a time machine. It’s a knowing salute to a pair of fellow time travellers 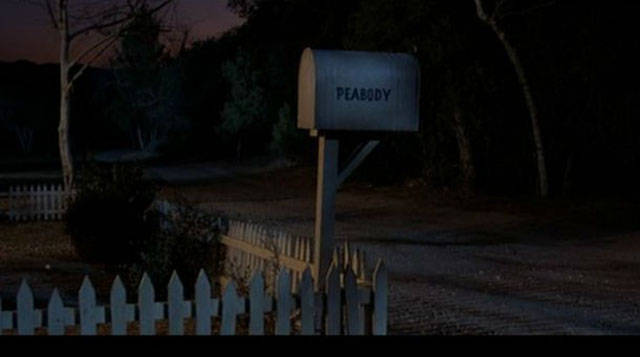 Superman Returns: In a scene fairly early on, Superman saves a woman in a car after the brakes have been cut. Only a few moments later, Perry White shows two pictures of the event to Jimmy and Lois. The picture of Superman holding up the car is based on the cover of Action Comics #1, in which Superman first appeared. This might be painfully obvious to fans of the Superman comics, but this doesn’t necessarily apply to many fans of the Superman movies. 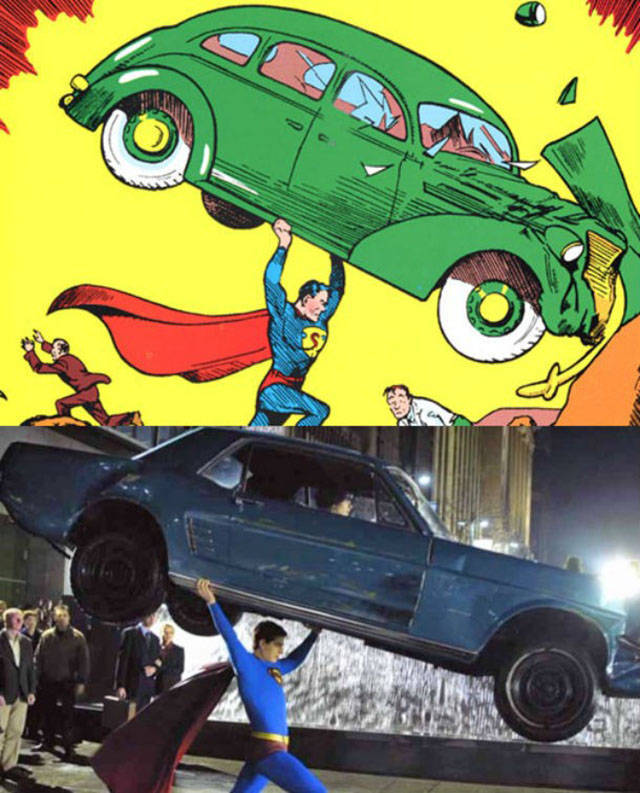 Super 8: In this J. J. Abrams sci-fi flick the air force’s plan to catch the alien is called Operation: Walking Distance. “Walking Distance” was the name of a popular episode of The Twilight Zone and dealt with a man who returns to his hometown to find that literally nothing has changed. 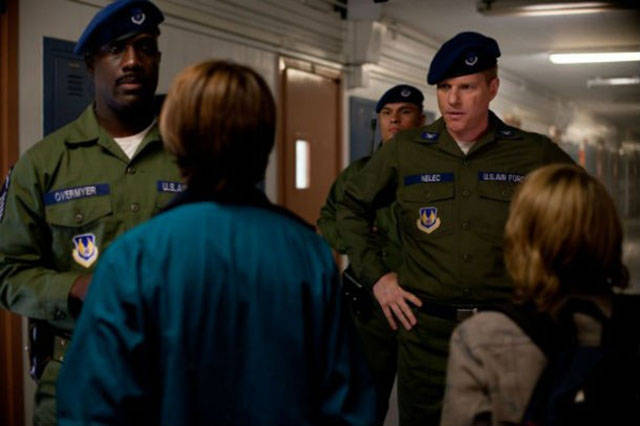 Star Wars Episode I: The Phantom Menace: If you pay attention, you can spot a Jedi by the name of Quinlan Vos eating near where Sebulba was eating before Jar Jar’s antics got him in trouble. Just before Anakin comes into the frame for the first time in the scene, you can see Quinlan’s face. You might want to play it in slow motion, though, as he’s quickly covered by Anakin. Quinlan Vos is the man with the yellow stripe going horizontally across his nose. You can even visit the movie set where this was shot if you’re really interested in reliving the magic of Star Wars. 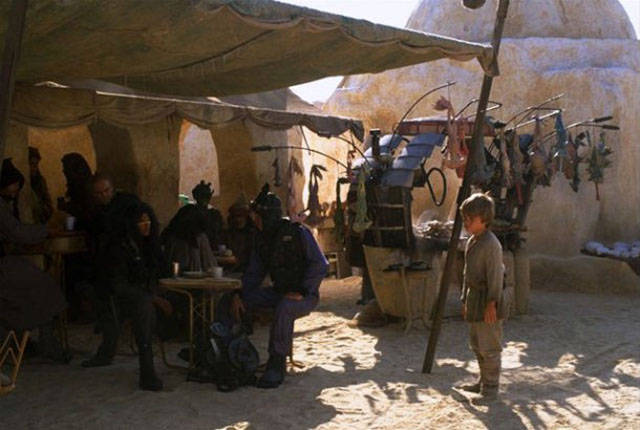 Star Wars Episode V: The Empire Strikes Back: During the scene where Luke enters Cloud City and runs into the guards escorting his friends away and Leia yells, “Luke don’t, it’s a trap,” the guard who uses her as a human shield is Jeremy Bulloch (Boba Fett). The actor who was originally cast to play the guard didn’t show up for filming that day, so they had Bulloch fill in for him. So if any of you have ever wondered who the man behind Fett’s mask is, now you know. 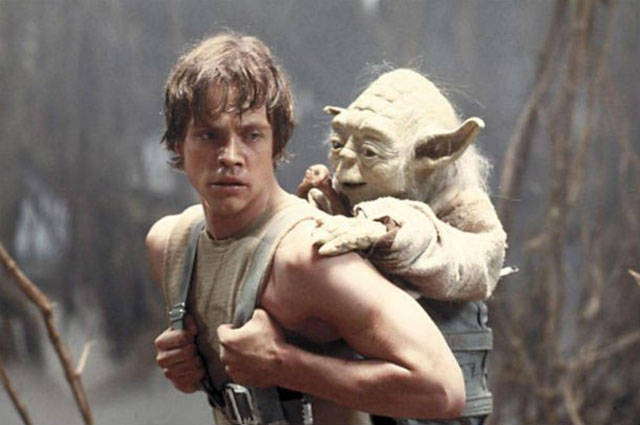 Star Wars Episode III: Revenge of the Sith: On the first disc—the one with the movie—at the main menu, you can press Shuffle on your remote (but pay attention here because not all remotes have this feature), and a video of some Star Wars characters will appear, mainly Yoda, and they will start to dance. Now that’s a proper Easter egg! 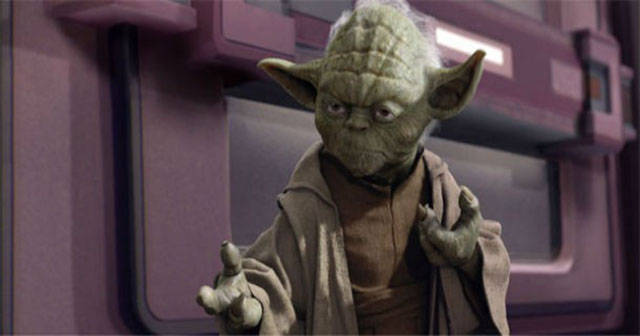 Spiderman 2: In the scene where Dr. Octavius is first putting on his mechanical tentacles, there is a slightly altered version of the music from Hellbound: Hellraiser II. Sam Raimi used this music because of the power and beauty of the notes, and because he was friends with the composer. Not only is the music there, but in some scenes, Doc Ock is in a very similar pose, held by his tentacles, to that of Dr. Channard (held by his fleshy, disturbingly shaped claw), the crazed doctor from Hellbound: Hellraiser II. This can best be seen when Doc Ock screams “NOOOOO!” in the warehouse where he later builds the new sun. 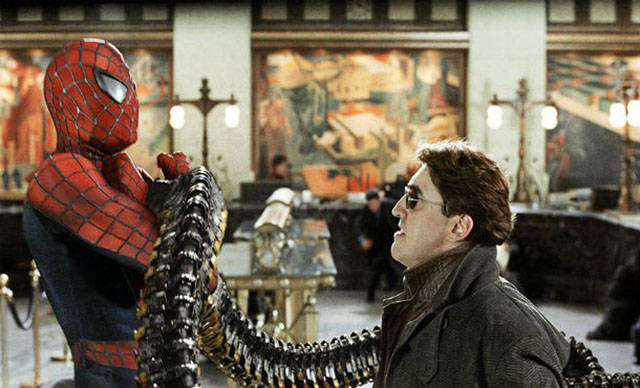 RoboCop: When Robocop is first booted up and turned on in the film a series of hexadecimal numbers appear at the bottom of the screen. If you convert the numbers into ASCII it spells “Ed Solomon”—one of the film’s producers. 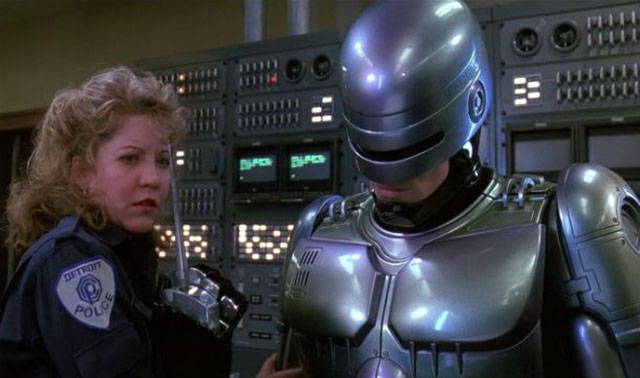 Reservoir Dogs: Next time you see this movie try to focus on the scene where Mr. Pink is describing how he got away from the cops near the beginning. As he’s running from them, the famous Wilhelm scream sound effect can be heard by someone as Mr. Pink shoves him out of the way. The Wilhelm scream is used in a lot of other films. It’s often put in as a joke by the sound people. 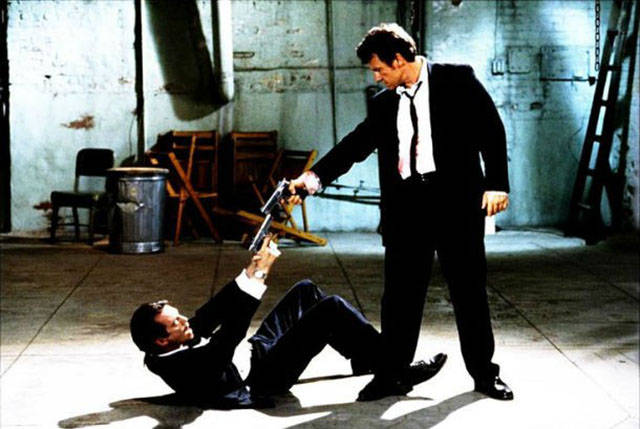 Gremlins: Shortly before the eggs hatch the protagonist’s dad calls from the convention while his mom’s making Christmas treats. Take a good look behind the dad: there’s a large machine in the background with several gadgets moving on it, right? When the scene cuts back to the mom and then back to the dad, the machine is gone. What happened to the machine we don’t know, but what we do know is that the machine was from the movie The Time Machine. 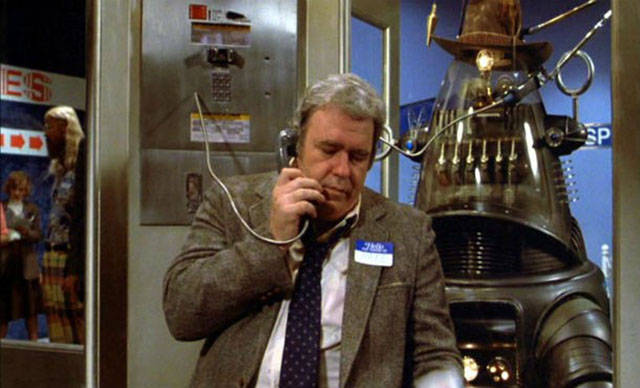 E.T. the Extra-Terrestrial: During the scene where everyone’s out for Halloween, while looking through the eyes of E.T. you can see a lady whom his eyes seem to follow. It’s a woman in a monster mask carrying a poodle. In case you ever wondered what the big deal is about this scene and a woman you never see again, keep in mind this woman is Debra Winger, the voice of E.T. 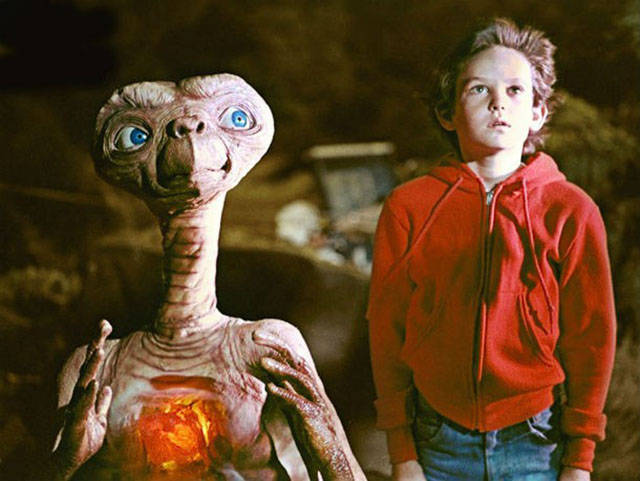 Blade: Trinity: During the scene where Blade is being told about how Dracula is being revived by the vampires, Hannibal King (Ryan Reynolds) shows Blade a copy of the comic book The Tomb of Dracula. This is the comic where the character Blade was originally introduced. 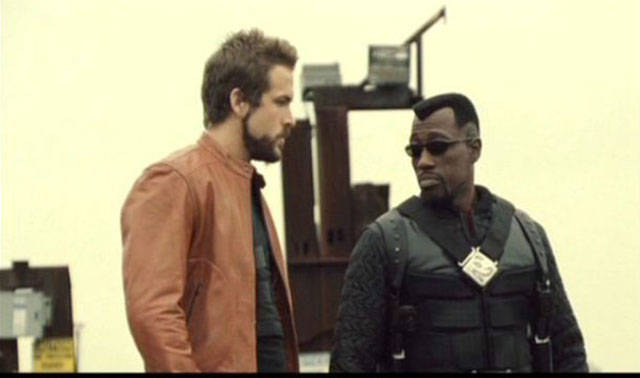 Bedazzled: During the scene of this hilarious comedy where Brendan Frazer has changed into a super-sensitive guy and tries to kiss his dream girl Alison, he gets interrupted by Elizabeth Hurley with her two Dobermans that she calls back by their names—Peter and Dudley. In case you didn’t know, this was a reference to the stars and screenwriters of the original Bedazzled, Dudley Moore and Peter Cook. 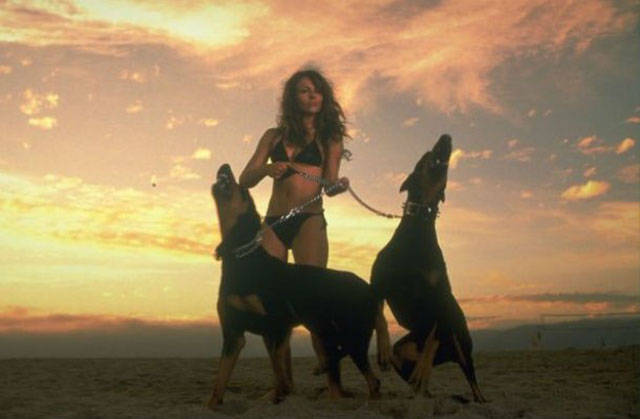 Apollo 13: Jim Lovell, the astronaut portrayed by Tom Hanks, makes a cameo at the end of the film when the astronauts are retrieved from their capsule and brought safely aboard the ship. He was asked by Ron Howard to wear the uniform of a US Navy admiral for his appearance but Lovell said that he would prefer to play the role in his old captain’s uniform because that was the rank he held when he retired from the navy. Hence the “admiral” listed in the film’s credits is only wearing the four bars of a captain on his shoulder boards. 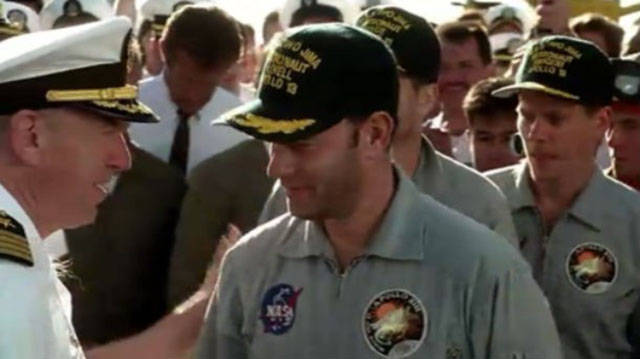 Alien: When entering the alien vessel, looking for the source of the SOS signal, the Nostromo’s crew comes face-to-face with the remains of the vessel’s alien navigator still sitting in its chair. In one take, the crew is dwarfed by its size. The actors used in this scene are actually children (Ridley Scott’s), dressed up as astronauts. By doing so Scott could make the set look larger than life. 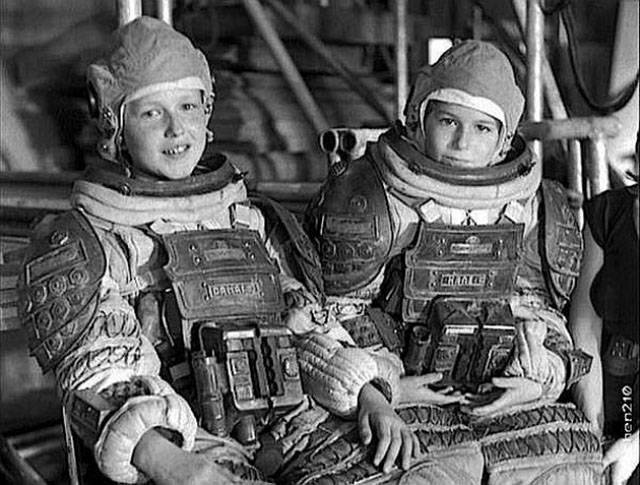 Terminator 2: Judgment Day: By the end of the movie, in the factory, two Sarah Connors can be seen in the same take: the “real” Sarah and the T-1000 disguised as Sarah (confusing her son as to who is his real mother). The fake Sarah is actually Linda Hamilton’s real-life twin in her first and only film role. In this case, no special effects or stand-in were necessary. 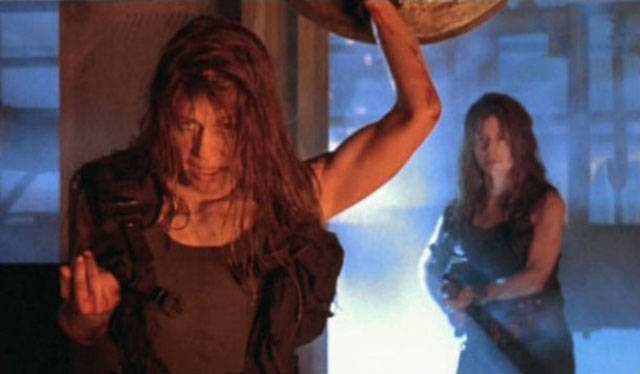