Some Of The Freakiest Places In The World (17 pics)

There are many beautiful, incredible, fantastic places on Earth, but these ones aren't.

UFOlogists (which is totally a legitimate profession by the way) claim that more UFOs are seen over Scotland than any other country in the world. A large portion of these sightings are made within the Falkirk Triangle, an area near Edinburgh.

What’s creepy and just a tad terrifying is that there are sightings reported nearly every single day. Adding to the mystery, close to the middle of the Falkirk Triangle is the village known as Rosslyn, which is home to the Rosslyn Chapel, a highly mysterious church that has been connected to the Knights Templar. 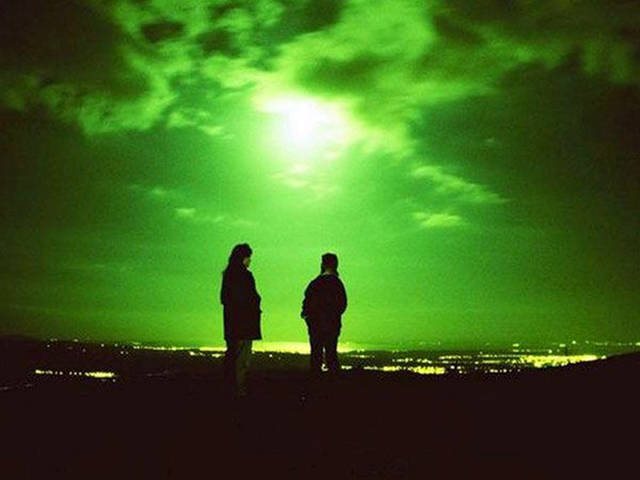 We’ve all heard of ghost towns, but leave it China to take that shit to the next level. You see, Fengdu is believed to be an area where there’s a link between life and death, and an area where demons live. In other words, it was built to be a real, living hell. Thanks, China.

If you happen to have an old priest and a young priest on hand and feel like exploring Fengdu, be aware that you’ll come across souls being tortured and massive stone demons. But before you’re chased off exorcist style by little girls walking upside-down and backwards, make sure you visit Nothing-To-Be-Done Bridge, Ghost Torturing Pass and Last Glance Home Tower, a place were spirits to hell could take one last look at their families. 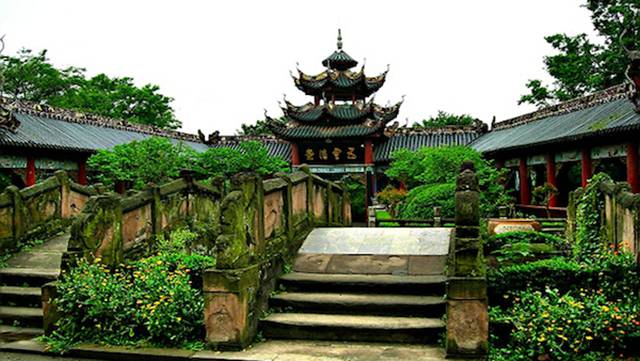 This abandoned amusement park found in Japan stands not only devoid of people, but also joy, hope and the foolish belief that life ends in anything but a lightless hollow death. Opening in 1973, Takakonuma Greenland Park only remained operational for only two years before closing its creepy doors.

Some argue it was because the poor ticket sales, but we’re going to assume it was of the string of accidental deaths. Sadly, there’s no way to tell because there’s virtually no information available on the park, which totally shouldn’t arouse any suspicions at all. Nope. Nothing to see here. Just a park that sits in the middle of nowhere and has a nasty habit of occasionally getting shrouded in fog, providing excellent cover for anyone with a monster mask to Scooby-Doo the living shit out of hapless wanderers. 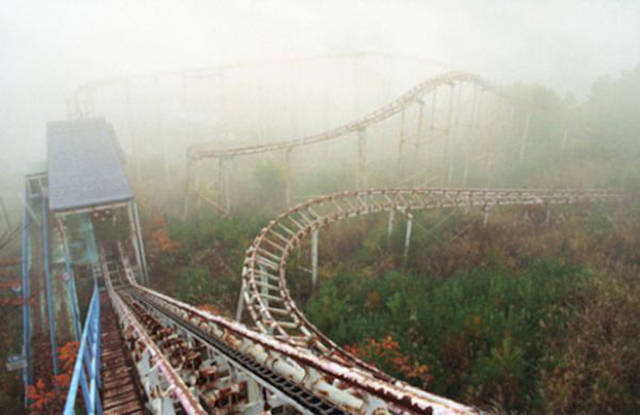 If we’ve learned anything from the movie Poltergeist, it’s that building on top of a cemetery earns you an instant, level-7, pants-shittingly-terrifying haunting. You know who didn’t learn anything from that movie? Fucking Prague. Prague was apparently in need of a standing-room only cemetery and decided to build one… on TOP OF A 15TH CENTURY ONE. But did they stop there?

Shit no. Prague’s playing chicken with the potential zombie apocalypse and they don’t care who knows it. As of this day, there are about 12,000 visible headstones around the Old Jewish Cemetery, with an estimated 100,000 bodies buried beneath the ground, presumably plotting their revenge on the world. 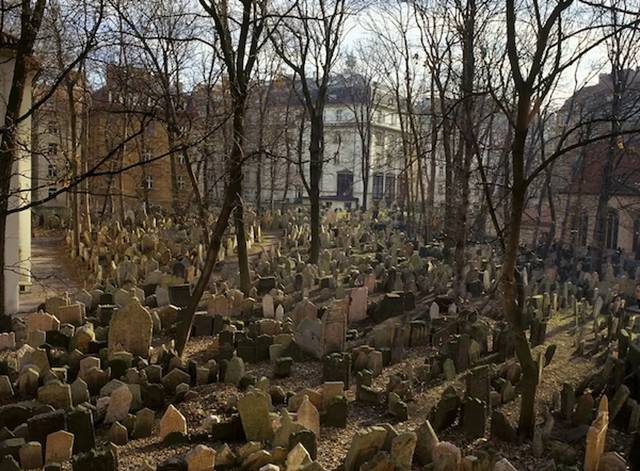 Located in northern Japan, this was once the largest sulfur mine in the Far East. After closing in the 70′s however, it was abandoned and the only thing left standing was the large residential complexes that used to house all of the workers. You’d think the large, creepy abandoned buildings would be the WTF factor here, but you’d be wrong. So, so wrong.

What makes this place a level straight out of Resident Evil 4 is the ghostly mist that completely hides the city like some sort of ethereal death shroud. The fog is so thick that people have spent hours wandering through the mist just to locate the ruins, which is disconcerting as an entire f*cking city located on an empty mountaintop shouldn’t be hard to locate. 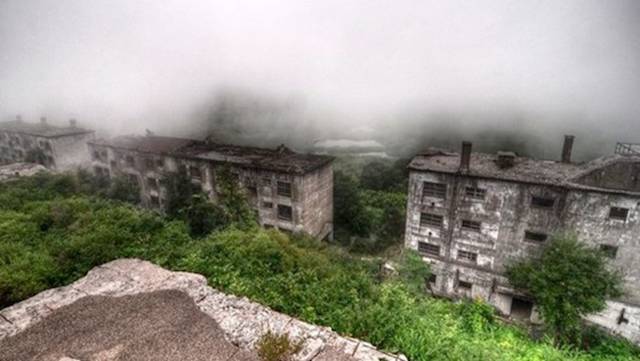 The small village of Jatinga in Northern India seems like any other quiet, isolated village in the world except for one small, tiny, little thing: Every year around the months of September and October, hundreds of birds plummet to their deaths. What’s even more strange is that this only happens within city limits, during certain months, between the hours of 7 p.m. and 10 p.m. on a specific mile-long strip of land. Oh, and did I mention that this process has been going on like clockwork for roughly the past 100 years? 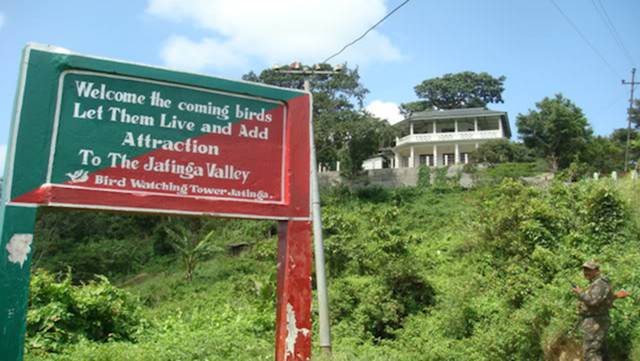 If you can get past the dense shrubbery, the foreboding mist, the nooses hung from trees and the eerie signs, Aokigahara Forest is just another walk in the park. But if you have a small aversion to let’s say, “dead bodies,” this specific area of woodland might not be for you. You see, since the 1950’s people have been flocking here for a very specific and horrifying reason – to commit suicide. Around 500 people have walked into Aokigahara Forest and not walked out. The problem is so bad, that the Japanese government has to do annual sweeps to clear the forest out. 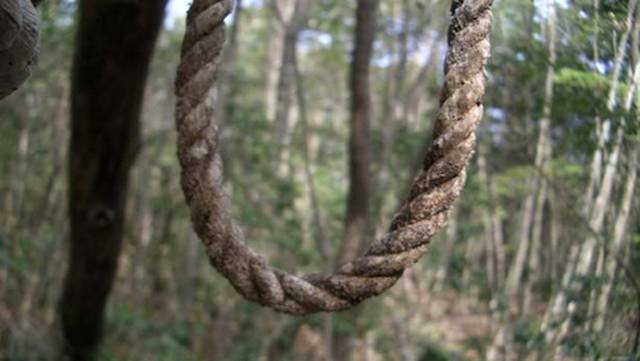 This town in Southern Brazil holds an interesting distinction from the rest of the planet – it is considered to be the twin capital of the world. In fact, its twin birth rate is 18 times higher than the world average. And if you can get past the fact that there’s probably a moment strait out of ‘The Shining’ every other 2 minutes, that many twins isn’t even the creepy part. It’s why there’s so many twins. There is a distinct possibility that all those twins are a direct result of the experimentation of famous Nazi doctor Josef Mengele.

That is the theory proposed by Jorge Camarasa, an Argentinean historian and an expert on Nazi war criminal and Auschwitz chief physician Mengele, aka the Angel of Death. Mengele — a bona fide mad scientist who was fascinated with twins and fled to South America after WWII — was identified by Camarasa and a few Candido Godoi elders as the mysterious German doctor who appeared in the area around 1963. The Devil’s Sea (or Dragon’s Triangle, whichever happens to sound the most dark and ominous for you) is an area of the Pacific Ocean as riddled with strange happenings as its Atlantic counterpart near Bermuda. Located off the coast of Japan, it has been the site of countless claims of unexplained phenomena including magnetic anomalies, inexplicable lights and objects, and of course, mysterious disappearances.

The area is even considered a danger by Japanese fishing authorities. There are plenty of horrifying stories about the area, but we’ll leave it at one. Apparently back in 1952, the Japanese government sent out a research vessel, the Kaio Maru No. 5, to investigate the mysteries of the Devil’s Sea. Naturally, of course, the Kaio Maru No. 5 and its crew of 31 people were never seen again. Now, who wants to go for a swim? 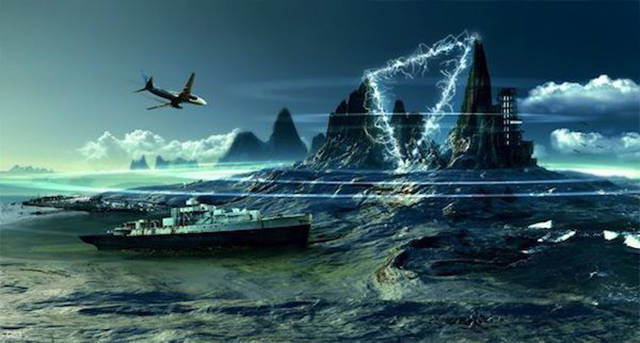 With ‘Hell’ right in the title, this place shouldn’t need a ton of explaining. Hellingly Hospital was a 63-acre state-of-the-art insane asylum, but took a sharp turn to Creepytown when the place was abandoned back in 1994. The deterioration of the huge facility has been helped along by arsonists and vandals, though some of them have helpfully brightened up the place with satanic graffiti and threats to eat unlucky explorers. 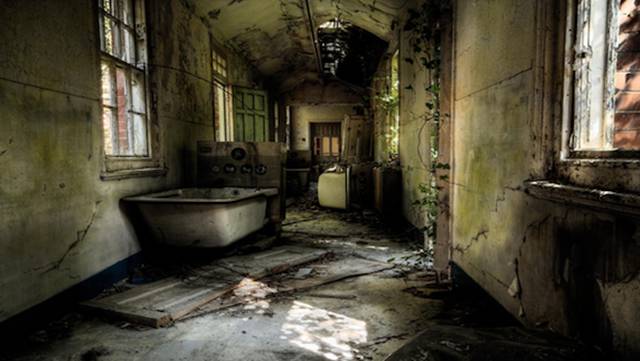 Oh, did I mention they’re still there. The Chuuk is the biggest ship graveyard in the world, but obviously, it’s not just ships: tanks, artillery, human remains — there are all sorts of corpses down there. So clearly it’s a total hit with divers and a must-see destination behind Sandles Resort. 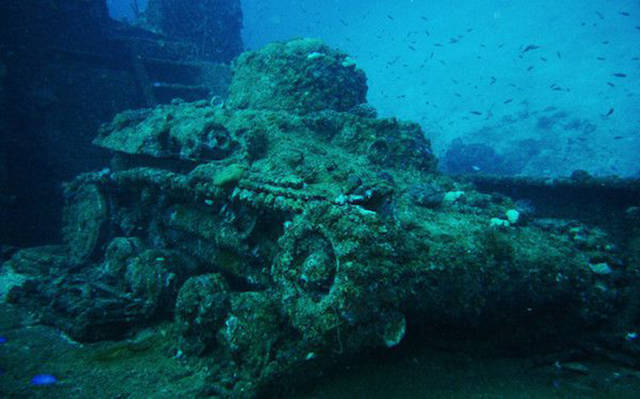 Located just outside Taipei and inside your worst night-terrors, you’ll find San Zhi Resort. It’s essentially what you get when you cross a series of abandoned, rusting, futuristic UFO-shaped buildings with a series of mysterious deaths covered up by the government. Construction of Pod City started around the 80s but was quickly shut down after a series of mysterious on-site fatal ‘accidents.’ Since there’s so little information on San Zhi, there’s actually no way to determine how many deaths occurred. 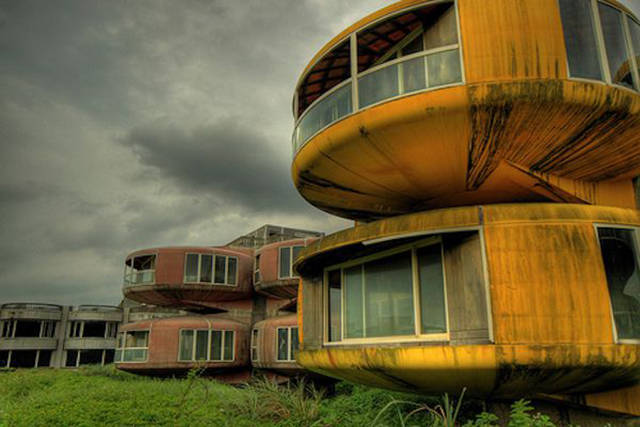 At this point, I’m going to recommend you just stay away from triangles. Obtuse. Isosceles. Whatever.

Located in Southeastern Massachusettes, Bridgewater Triangle is like an all-you-can-eat buffet of creepy. The area has been subject to numerous cryptozoological sightings. Since the 1970’s there have been several reports of tall, hairy, ape-like creatures roaming the swamp. There have also been numerous sightings of Thunderbirds, giant Pterodactyl-like creatures that have been seen fighting in midair.

In 1976, there was a report of a man who saw a giant, ghostly, red-eyed dog rip the throats out of two of his ponies. All hell-beasts aside, there have also numerous reports of mutilated animals (mainly cows and calves) in the region. Some credit these mutilations to satanic cults. Oh yeah, did I mention the area is home to a few satanic cults? 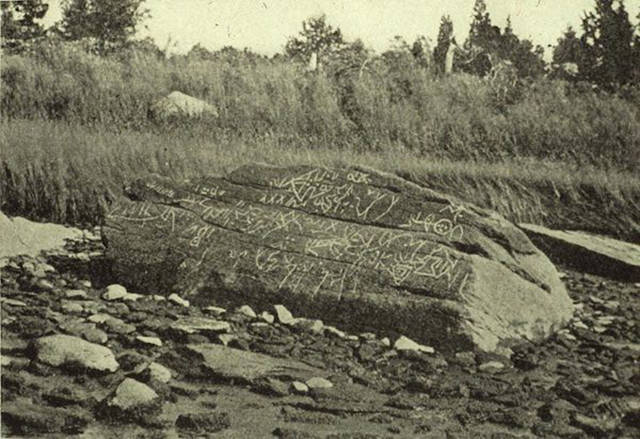 Located in the southwest corner of Colorado, the San Luis Valley is a mysterious place with numerous reported incidents, involving everything from UFOs to paranormal activity. There have been multiple reports of ghosts, “shadow people,” unexplained lights, strange animals, and even flying humans. Coincidentally, the valley is located close to a number of highly classified military installations, which I’m sure has absolutely nothing to do with any of this. 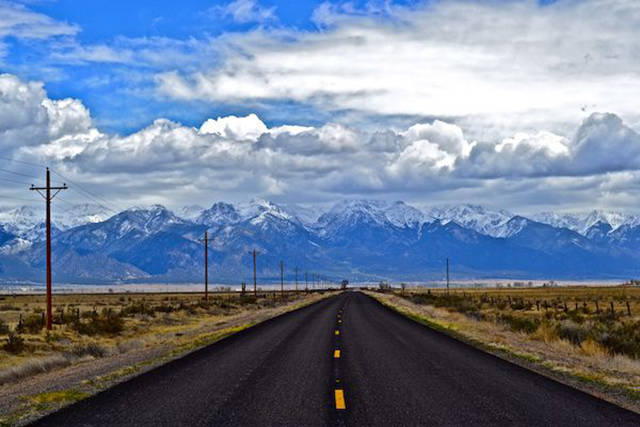 Located near Scotland’s charming little village of Milton in the peaceful burgh of Dumbarton, the Overtoun Bridge is a local arch construction where no human beings have ever died in any suspicious circumstances whatsoever over the last few decades. So why does it make the list? Because, for about the past 60 years, dogs have been hell-bent on jumping off the bridge to end their lives.

There have been around 600 total that have passed, at the rate of 1 pup per month. What’s uber creepy is that the people who have witnessed it say the dogs completely lose it when near the bridge. There have been multiple repots of dogs who’ve jumped off and lived, only to CRAWL BACK UP AND JUMP OFF AGAIN. Put a goddamn safety net down or something, Dumbarton. Yeesh. 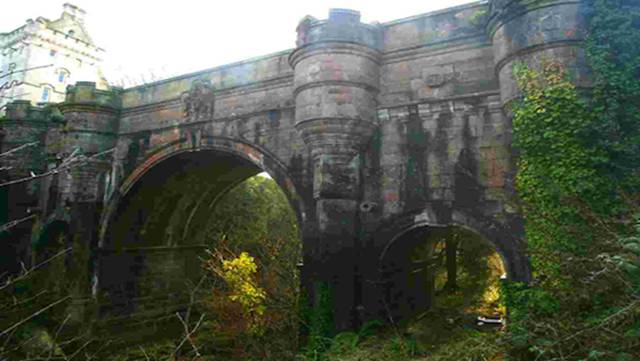 Oh look, another creepy triangle. Bennington Triangle, found in south-western Vermont, is the home to a bundle of mysterious disappearances. Now people going missing is obviously creepy in itself, but what takes it over the top here is that no one has ever been found who went missing – except for one person name Frieda Langer.

Langer went missing while hiking with her cousin on Glastenbury Mountain, and was found 6 months later in an area that had been thoroughly searched by rescue members. Even more strange, her body was so mangled that there was no determined cause of death. Residents who live near this area describe oodles of strange occurrences. There’s near daily reports that include everything from mysterious lights, unidentified flying machines, encounters with translucent beings, to weird symbols and letters written across the sky. There are even reports that people who visit the M-Triangle leave feeling more improved both physically and mentally than before. But given on the history or creepy triangle places, that just sounds like death bait. 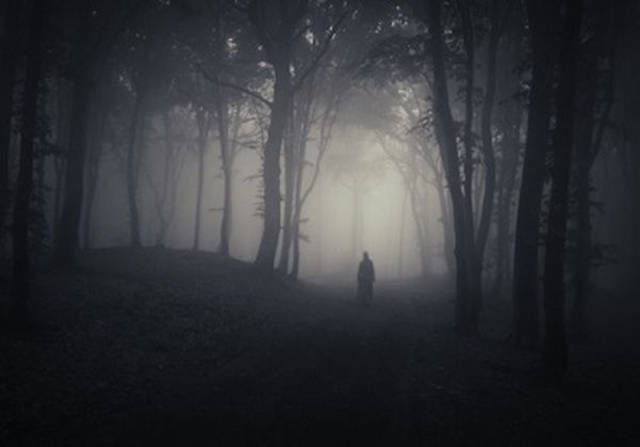