These jokes will always be funny no matter what.

When he was honest about his skill set. 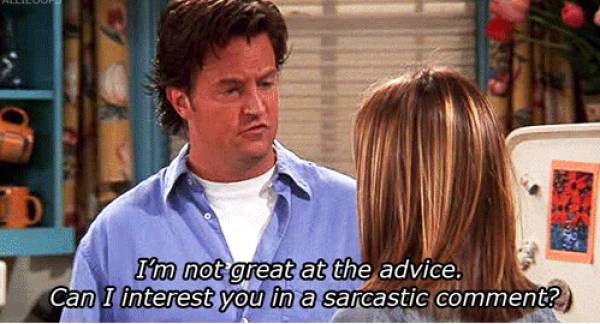 When Ross got the worst fake tan ever, and he couldn’t ~NOT~ comment. 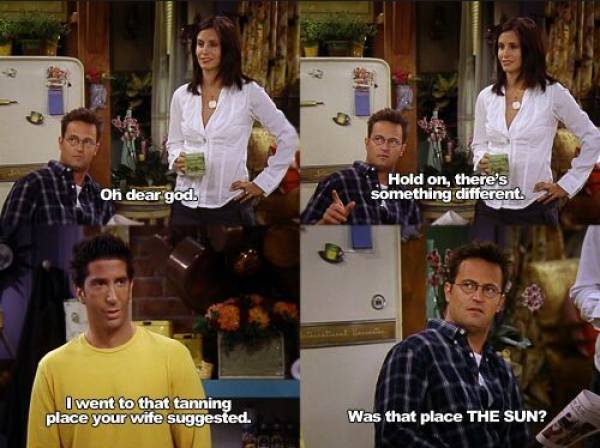 When he completely blew it with supermodel Jill Goodacre.

When he gave babies and video games equal importance. 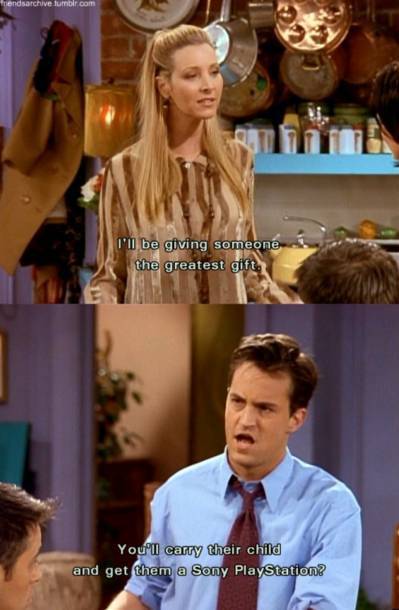 When he found out that Janice might be the new next door neighbor. 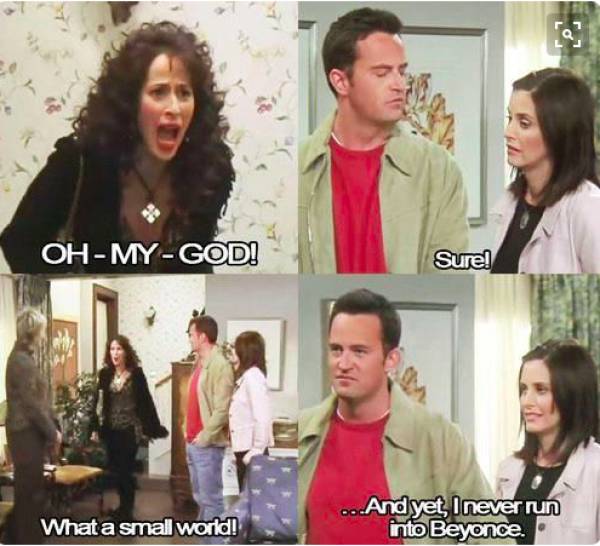 When Joey said something that was peak Joey. 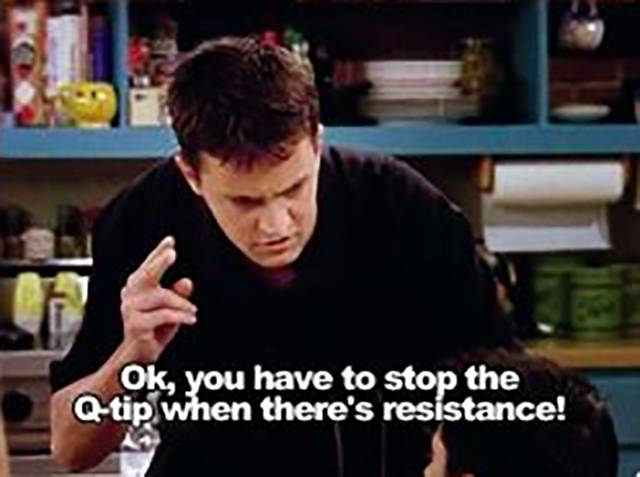 When Ross got a little too close with his pet monkey. 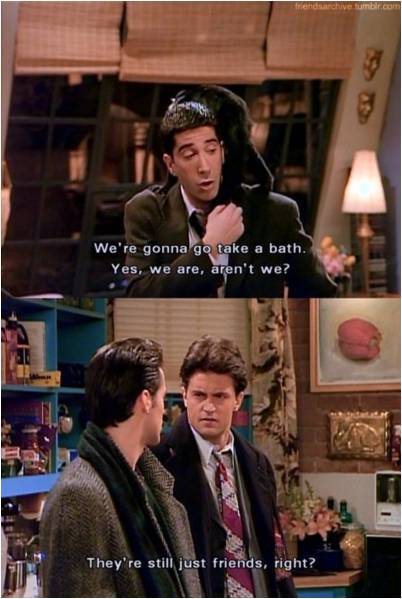 When he always had a response to “Guess what?” 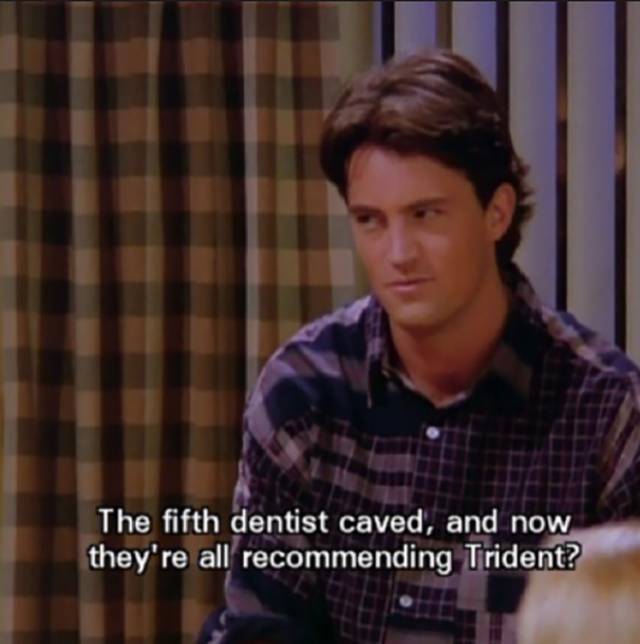 When he couldn’t argue with Joey’s insane logic. 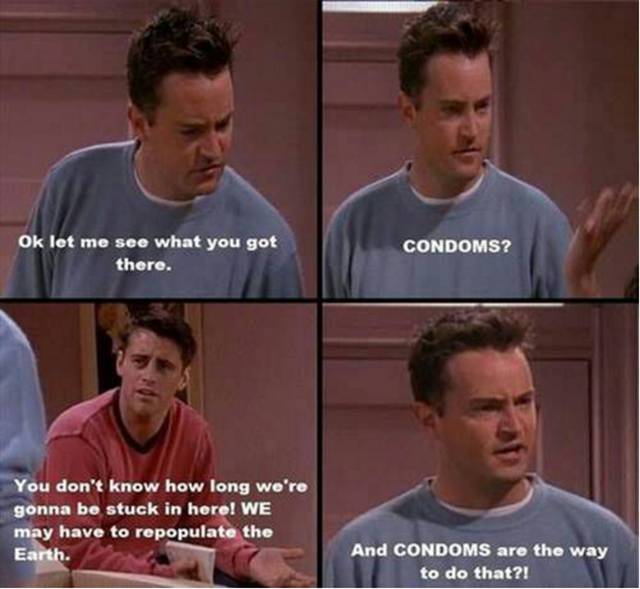 When he made us all re-examine our childhoods. 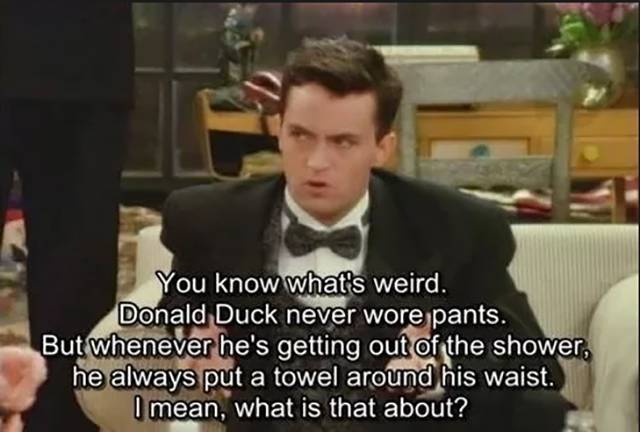 When he was the king of sarcasm.

Especially when it came to sensitive subjects, like his nubbin. 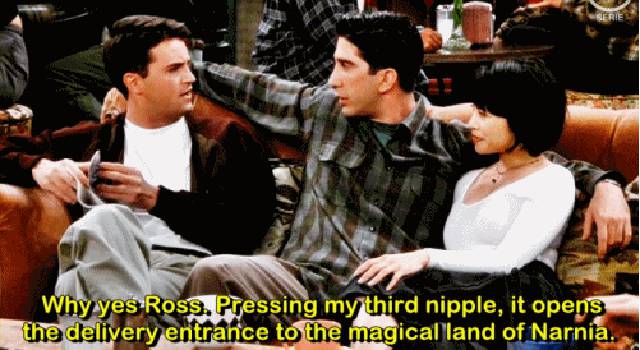 When Joey just made it way too easy.

When Monica called someone else the “funniest guy she’s ever met.” 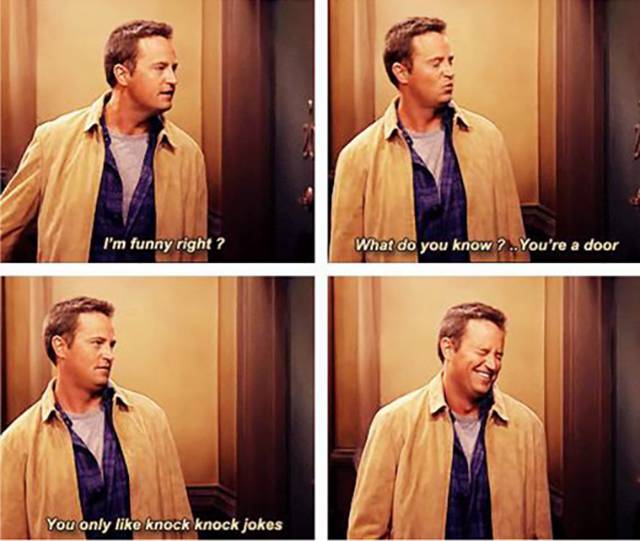 When Phoebe was trying to describe a chin dimple. 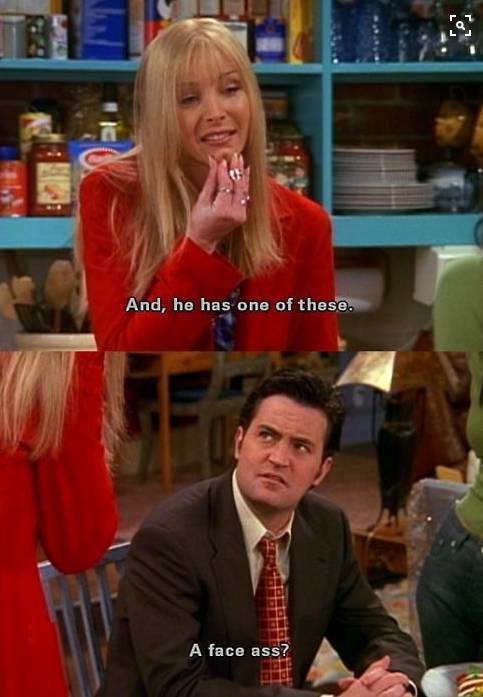 When he had a heart of stone. 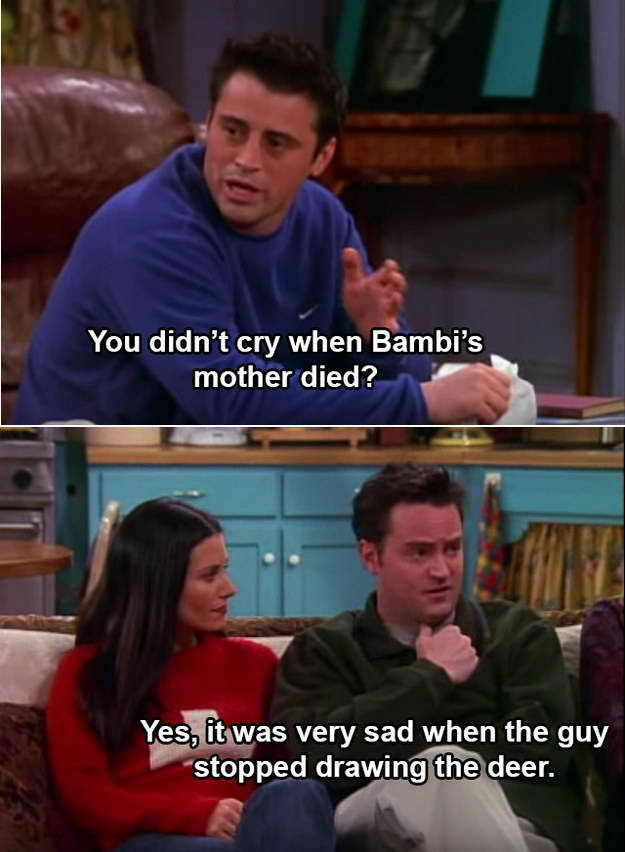 When his sarcasm over Ross’ jealousy couldn’t be contained.

When he didn’t bother to point out the obvious. 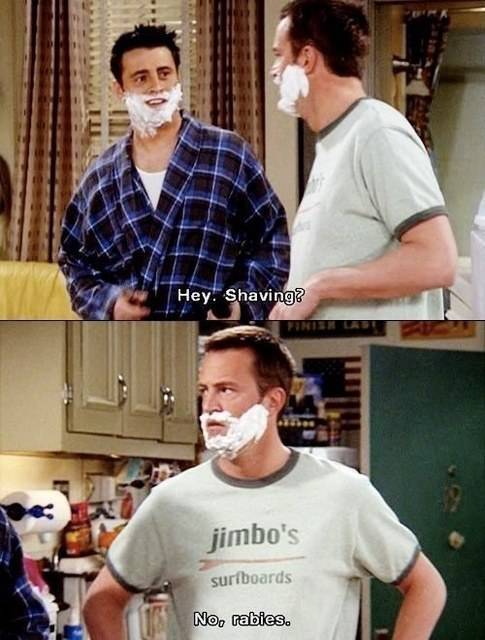 When he dropped a little paleontology humor. 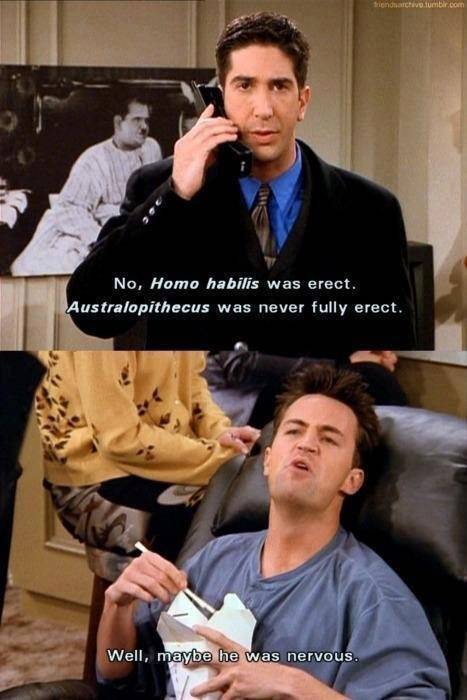 When he played along with Phoebe. 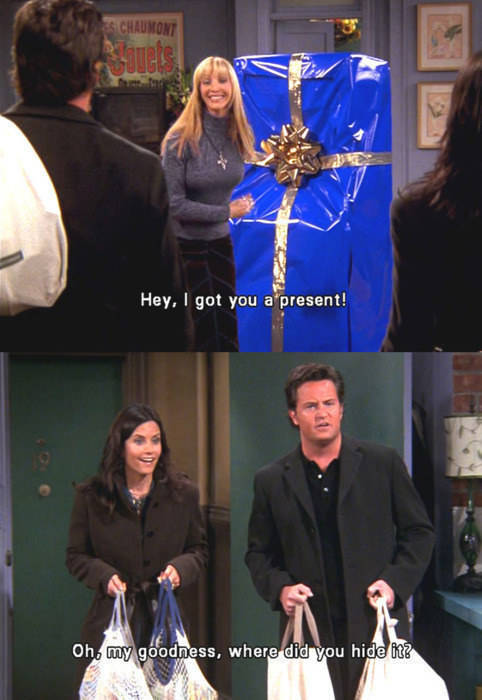 When he called tradition into question. 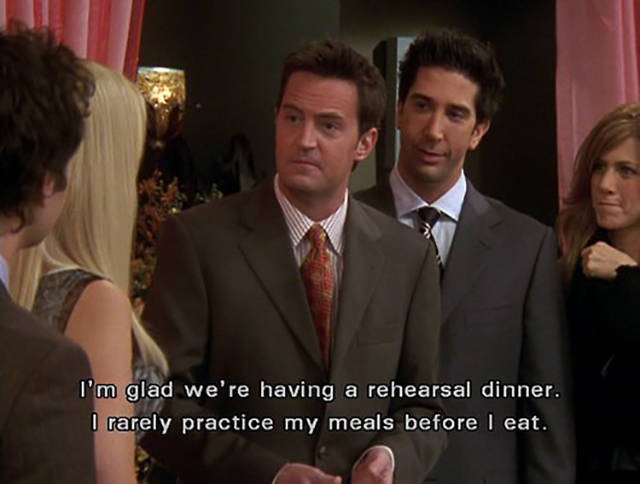 When he had thoughts about Rachel’s outfit. 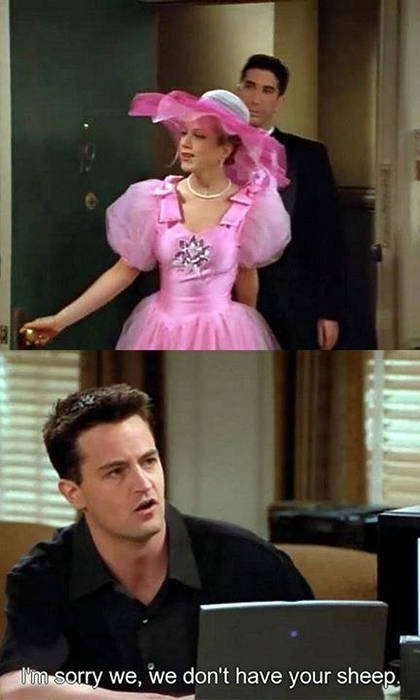 When he revealed one of his strangest habits. 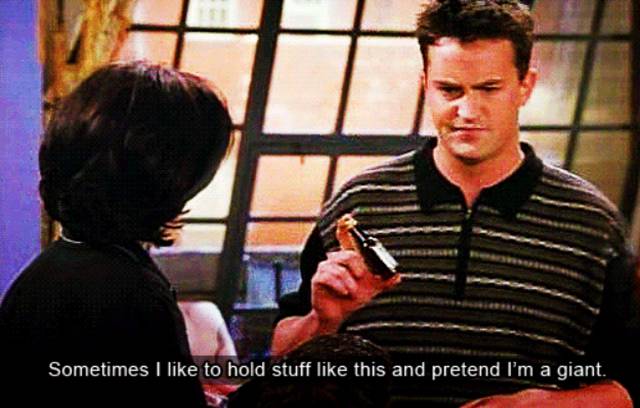 When he said what we were all thinking. 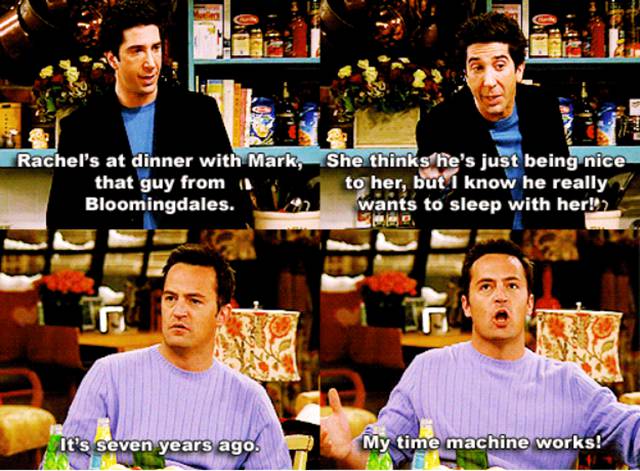 When he brought self-deprecating to new levels. 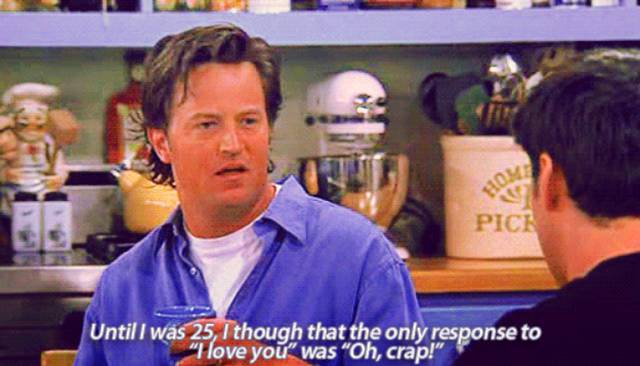 When Joey just didn’t get it. 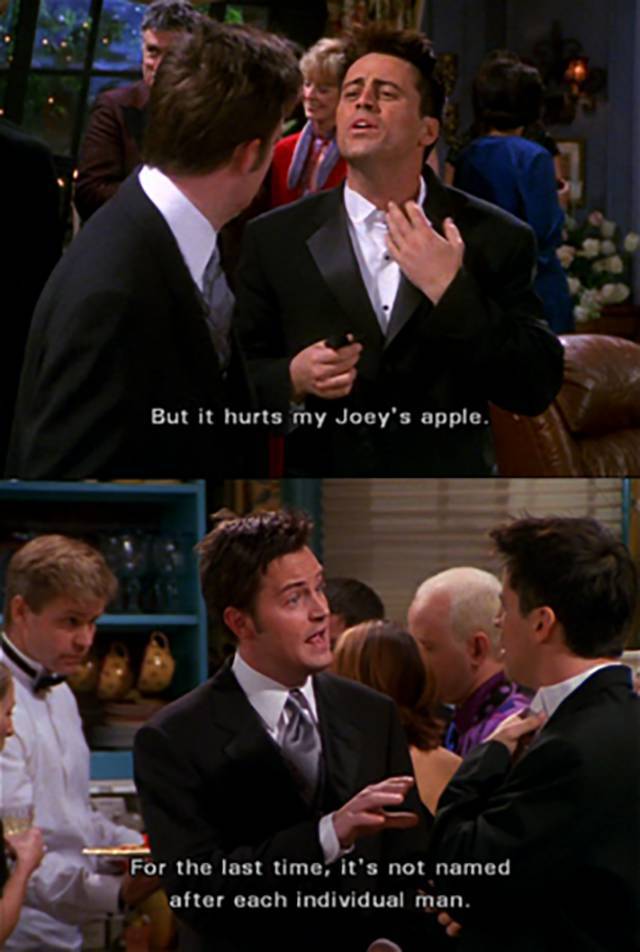 When he really wanted that chair back. 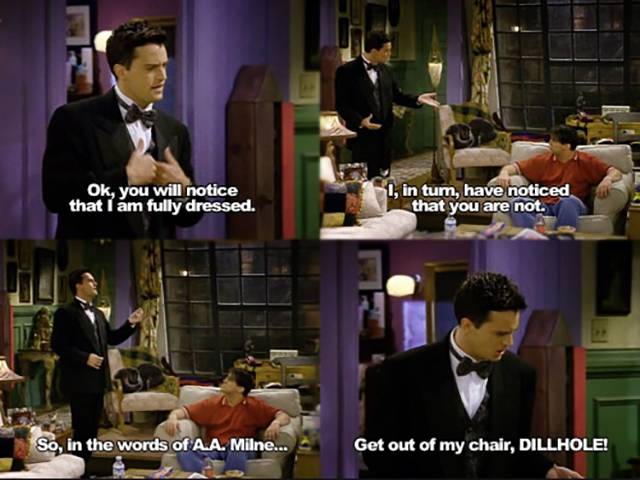 When Joey got a little overzealous with his power tools. 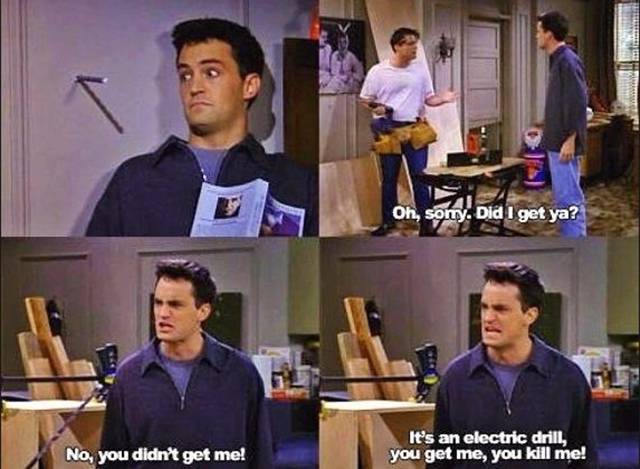 When he spoke to an invisible person. 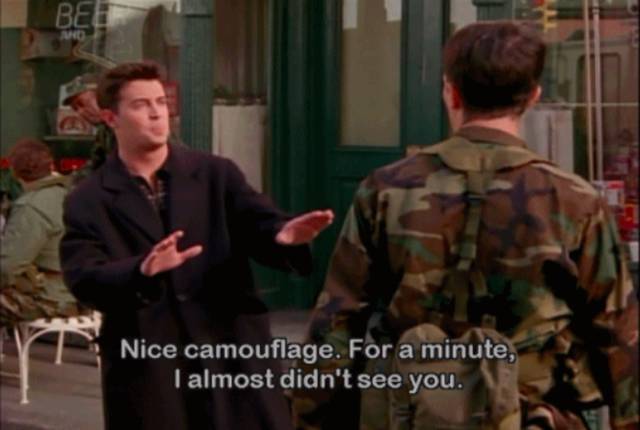 When Ross was obviously in love with Rachel, but wouldn’t admit it. 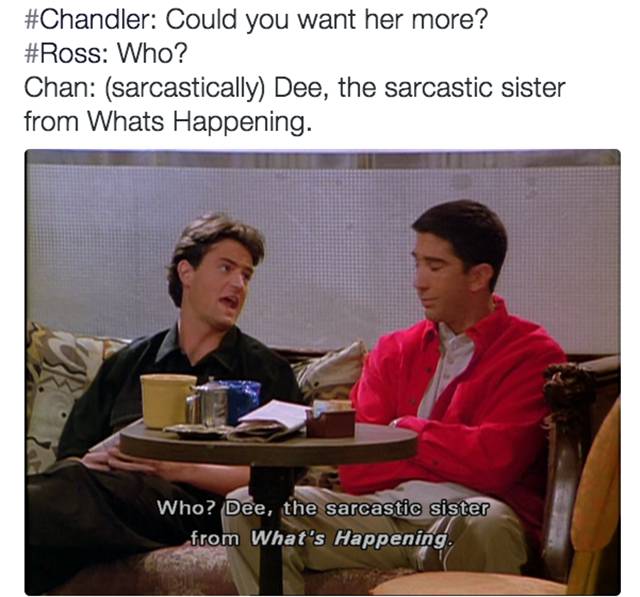 Finally, when he talked like a meme, before there were even memes. 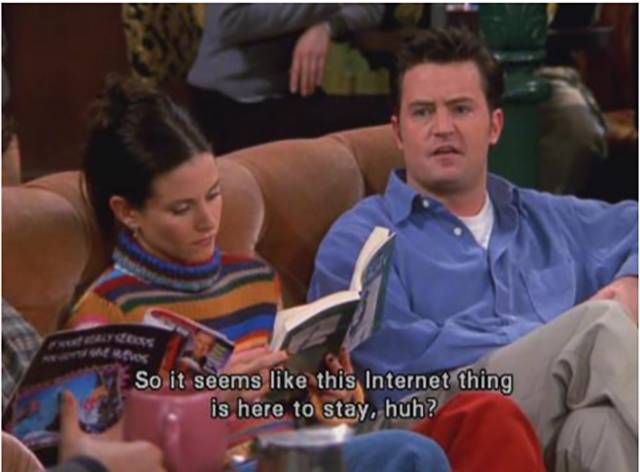