When your petty levels are reaching their peak. 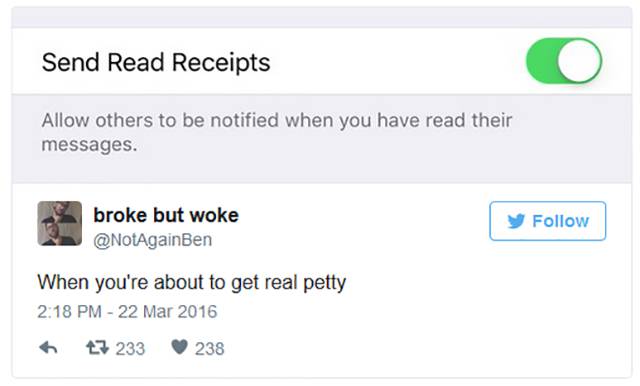 When you think of that last point after the argument’s already over. 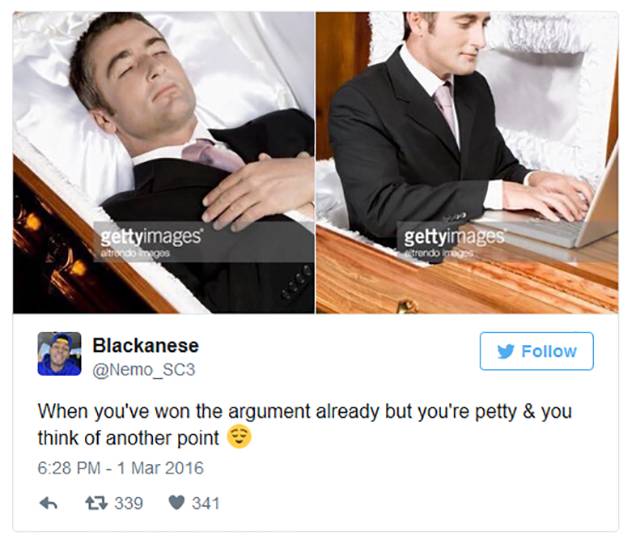 When you’re not around here to be playing. 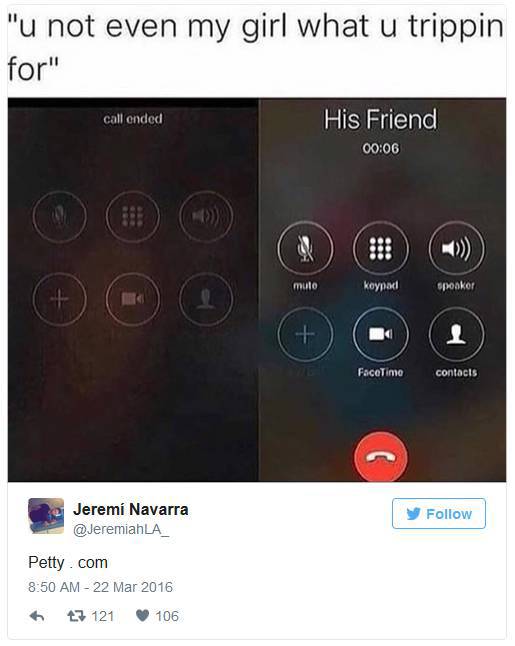 When you literally don’t give AF. 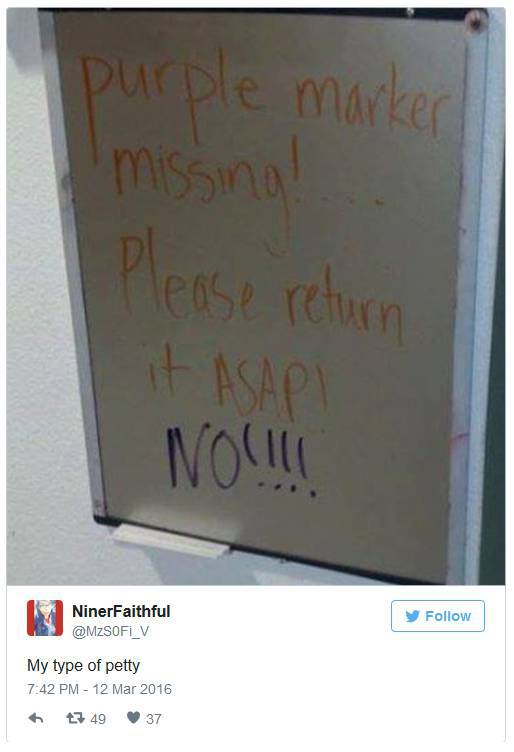 When you’re about to count those 14 minutes down to the last second. 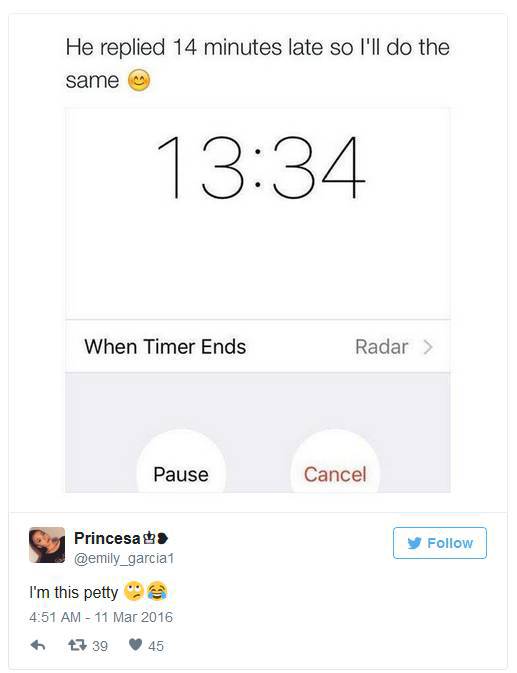 But the time stamps give you away. 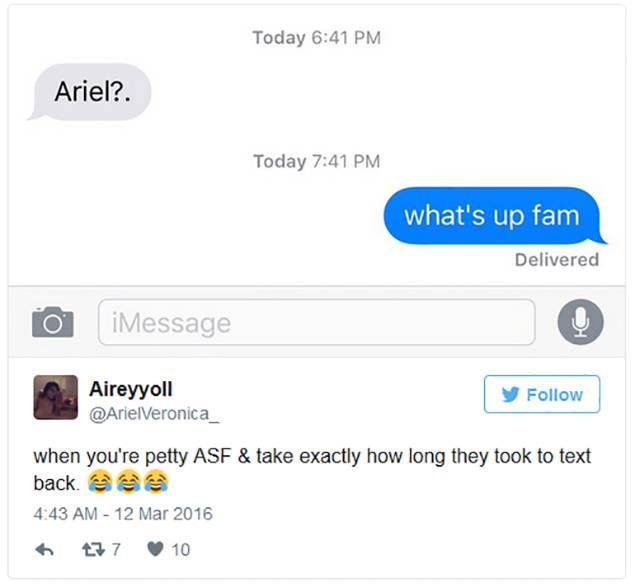 When they wonder why you’re ignoring them. 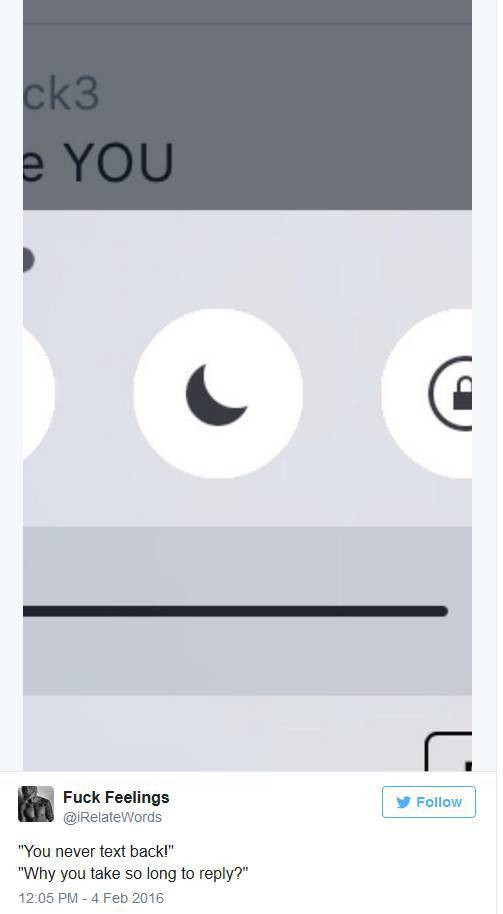 When not even bae knew you could be that petty. 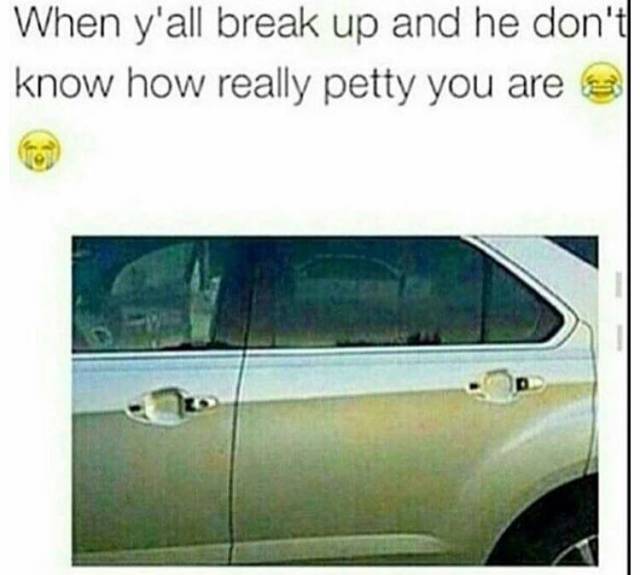 When you’ve got an entire back catalogue of receipts to pull out. 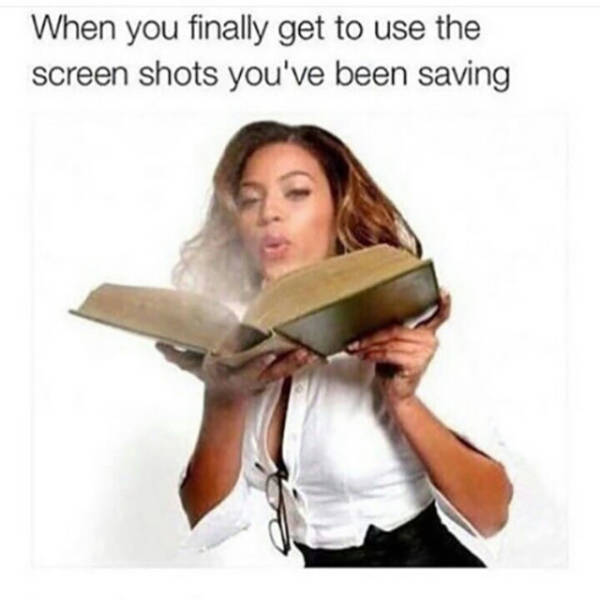 When you lose the battle for the remote but the war isn’t over. 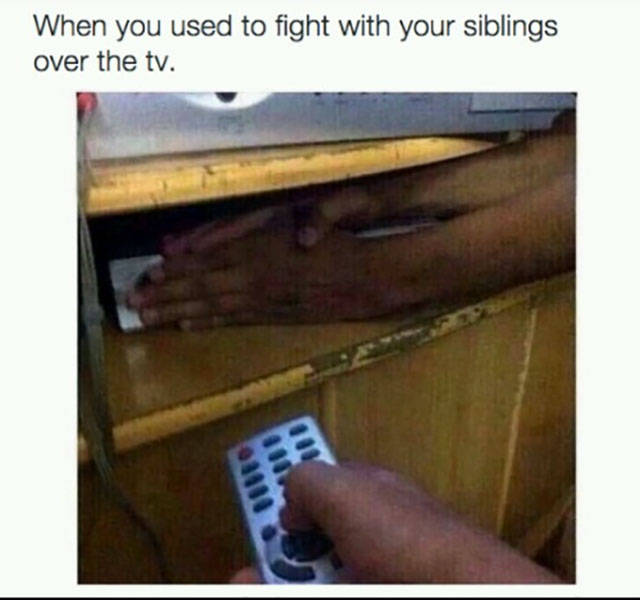 When you’re a petty texter. 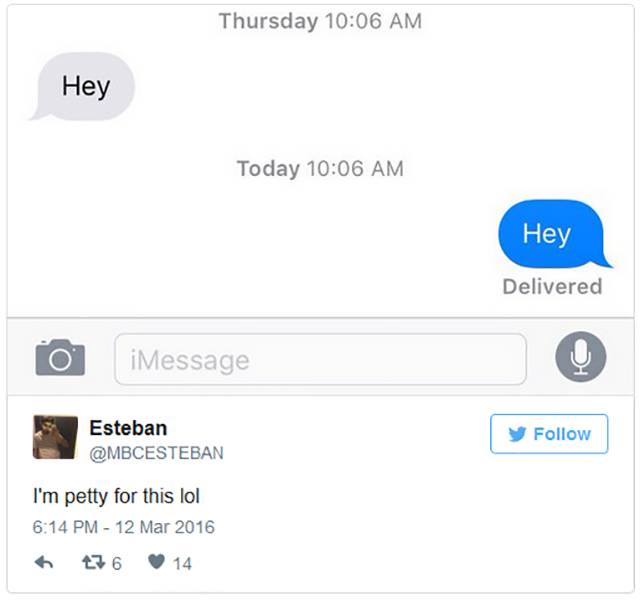 When he thought he could dodge his duties. 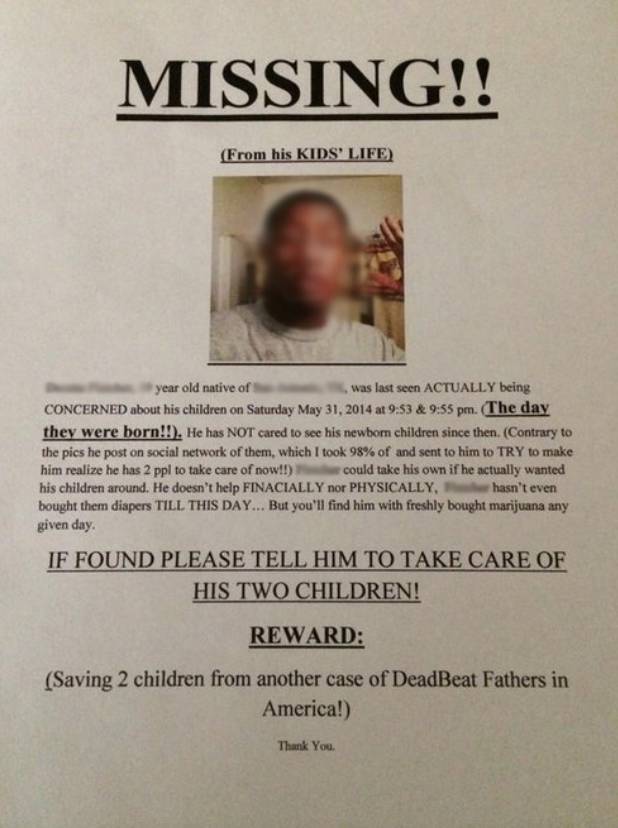 When you’re not about to let no freeloaders use what you’re paying for. 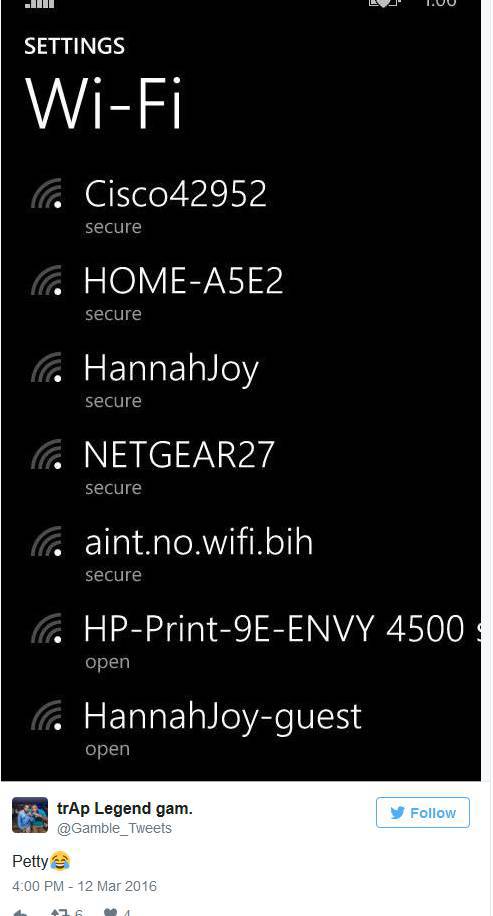 When they’ve been acting up and you’re not slow about changing their label real quick. 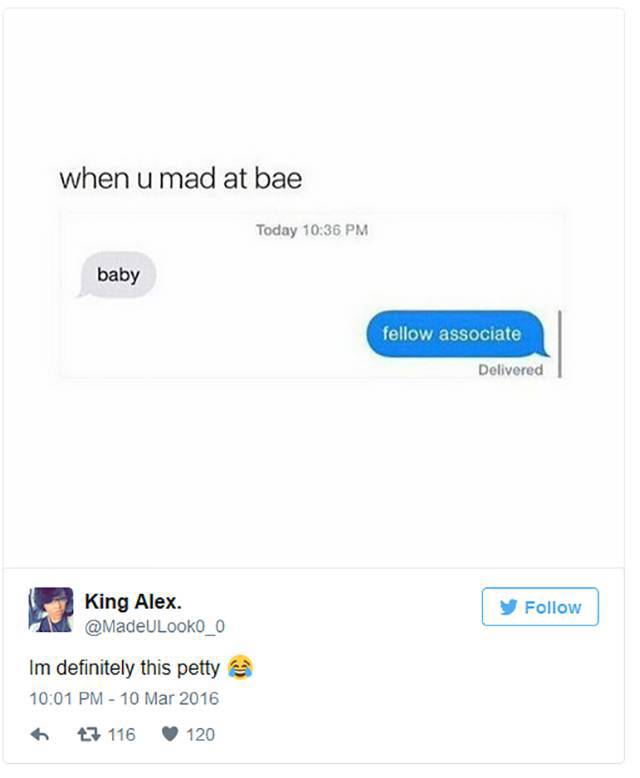 When you’ve got yourself covered. 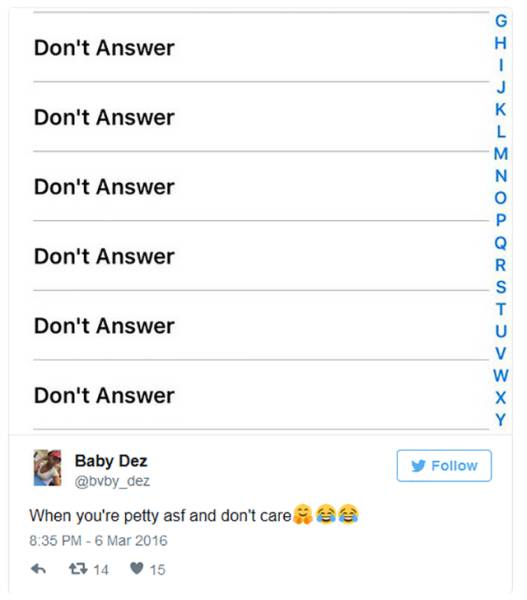 When you forgot the full stop to show you’re really mad. 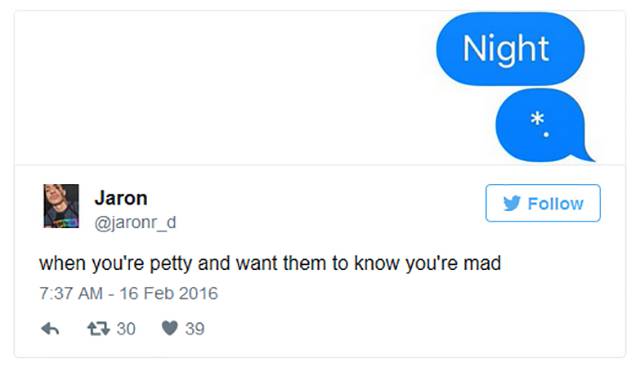 When you’ve been petty on numerous occasions. 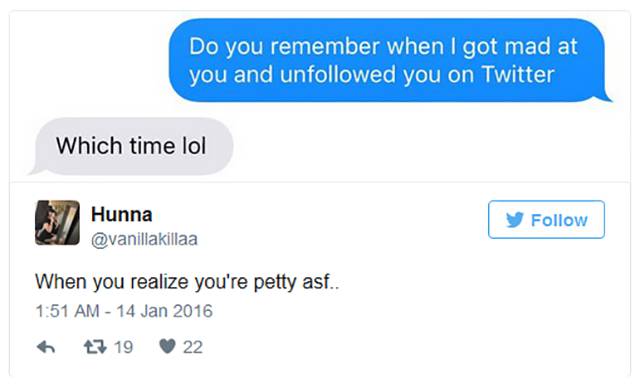 When you’ve got that internal battle that only ends one way. 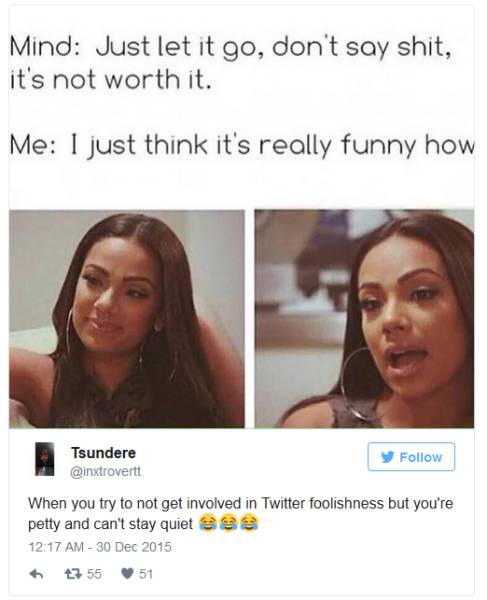 When you just pretend it didn’t even happen. 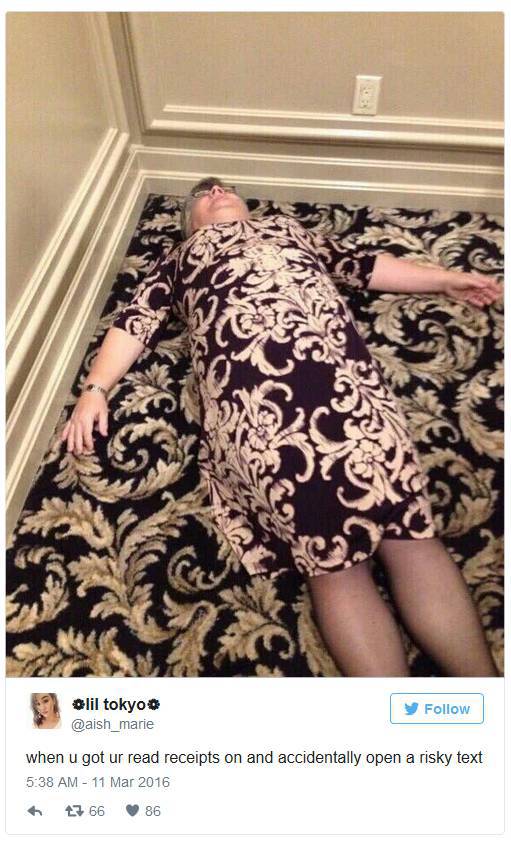 When you’re not fucking with them anymore. 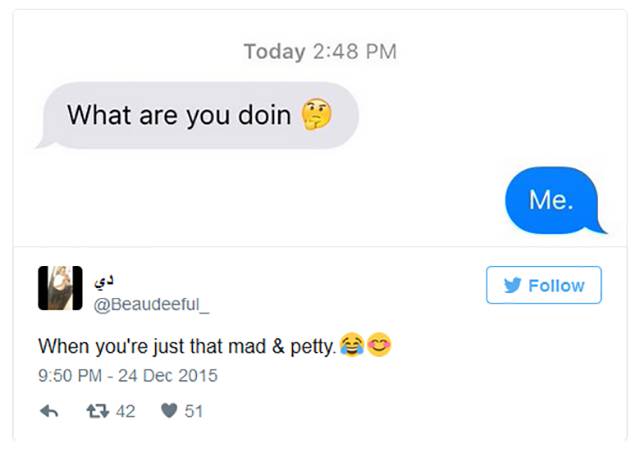 When you try to lie but it’s pretty unconvincing. 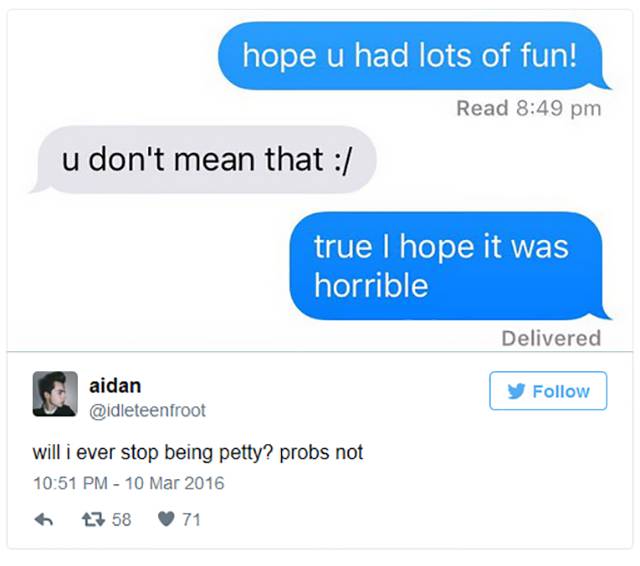