He may be the Iron Man, but he’s got a heart of gold. RDJ regularly crops up on “Most Charitable AND Stylish” lists the world over, supporting at least 11 different charities for 12 different causes. In case you missed it, he also recently did this. 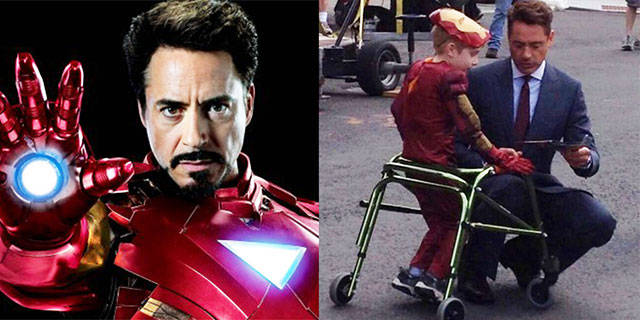 Just when you thought you couldn’t love Chris Pratt any more than you already do… you discover that he’s become a regular fixture at Children’s Hospitals around the country, appearing as Star Lord and brightening the day for sick kids everywhere. 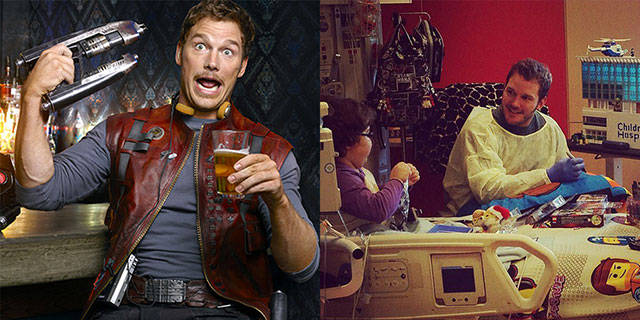 Class act and the other half of Hollywood’s most charitable bromance, Chris Evans is pretty outspoken about using his celebrity for good. A proud supporter of a number of charities (including ICAP), Captain America’s recent Superbowl bet with Chris Pratt resulted in the pair not only visiting kids at two Children’s Hospitals in-costume, but also managing to raise $27,000 for their causes. 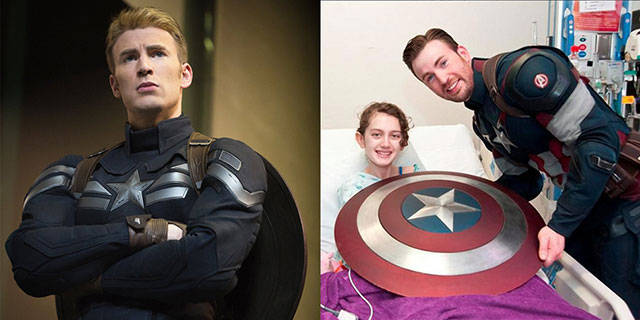 When the Aurora, Colorado shootings occurred at the premiere of the final Batman film, Batman himself rushed to aid of those that were injured. Bale spent the entire afternoon meeting with victims, doctors, and responding officers (while being very insistent the media not be notified about his appearance). Bale has also flown terminally ill children around the country to meet with him, and may even be partially responsible for one child’s rare form of leukemia going into remission. 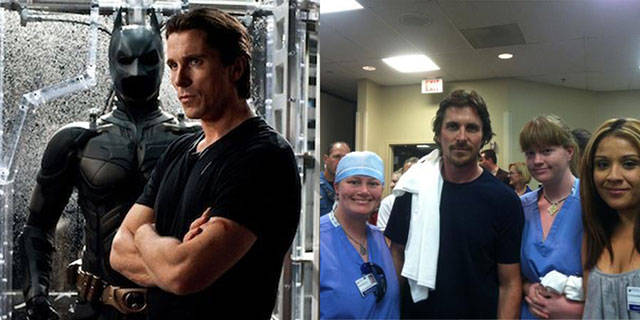 The original Superman, Christopher Reeve had a riding accident in 1995 that left him paralyzed from the neck-down, and inspired him to launch one of the most successful foundations for spinal injury research in the world. Though Christopher Reeve passed away nearly a decade ago…his legacy, and the Christopher and Diana Reeve Foundation For Paralysis, live on. 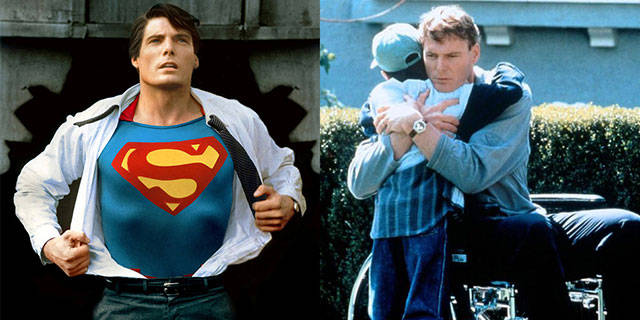 More than just the Wolverine, Hugh Jackman is an avid supporter of giving to charities, and recently took to Twitter with $100,000 AUD to crowdsource how best to donate the money. Thereafter, Jackman visited Ethiopa, where he was inspired to co-found Laughing Man Worldwide, a company that sells gourmet coffee and tea and uses the revenue to give back to the global community. 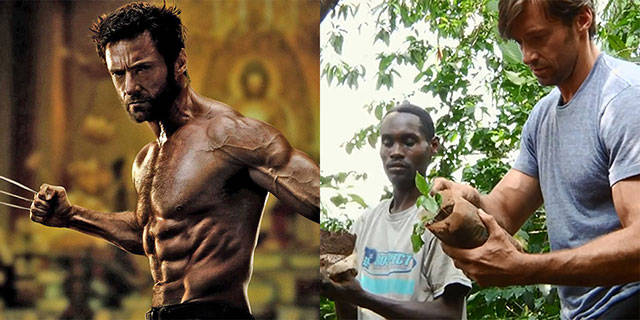 Though he may have recanted his time as Batman (and the whole Bat-Nipple fiasco), George Clooney is one of the most charitable and active supporters of humanitarian causes in Hollywood. He’s donated to over 35 charities, supporting over 25 causes, and is also the co-founder of Not On Our Watch (an organization aimed at ending all forms of mass atrocities worldwide). 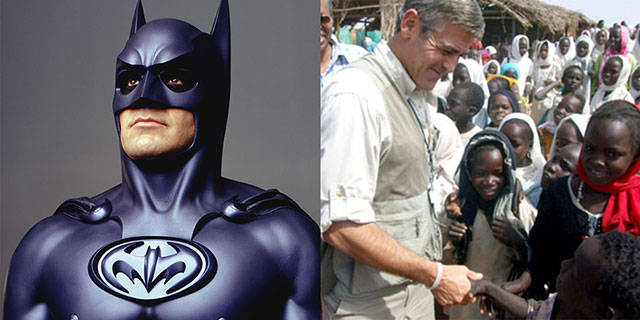 From “Amazing Spiderman” to just “amazing guy,” Andrew Garfield is wasting no time turning his 10 seconds of fame into an opportunity to do good IRL. He’s raised tens of thousands of dollars for children’s charities, visited non-profit after-school programs in costume, and even takes advantage of paparazzi (by covering his face with signs for his favorite charities and organizations). 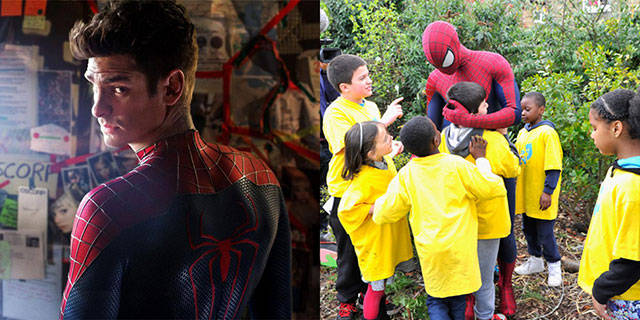 Thor and family-man Chris Hemsworth has recently become the celebrity spokesperson for the Australian Childhood Foundation (an organization that seeks to combat child abuse). 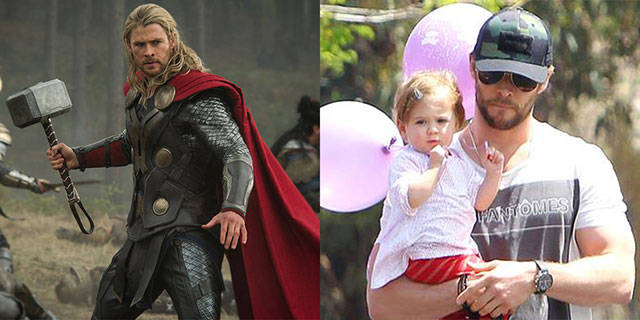 When she’s not kicking ass as Black Widow in the Avengers, ScarJo is working with any of the 28 charities she supports. Up until recently, she was an 8-year veteran ambassador for Oxfam, a charity combating global poverty. 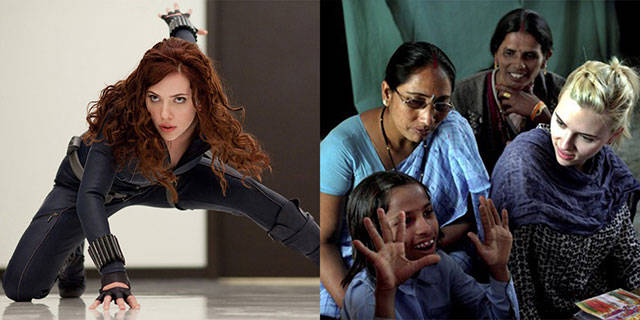 The new Man-of-Steel, Henry has recently become quite outspoken about his support of small charities such as the Royal Marines Charitable Trust Fund (which he’s recently helped raise nearly £20,000 for), and the Durrell Wildlife Charity. 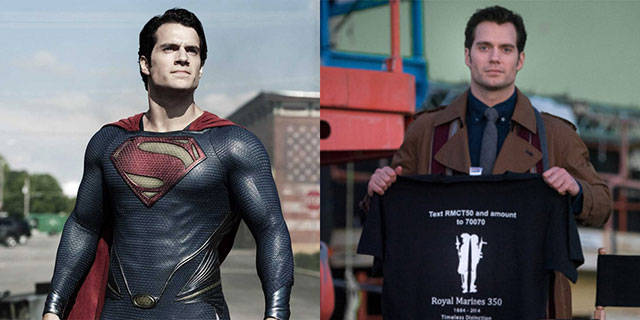 Green Lantern and Deadpool actor Ryan Reynolds has a big, charitable secret: he’s one of the Board of Directors for the Michael J. Fox Foundation against Parkinsons. And if that wasn’t enough, he and his wife Blake Lively occasionally visit pediatric wards to brighten the day for sick kids, newborns, and their parents. 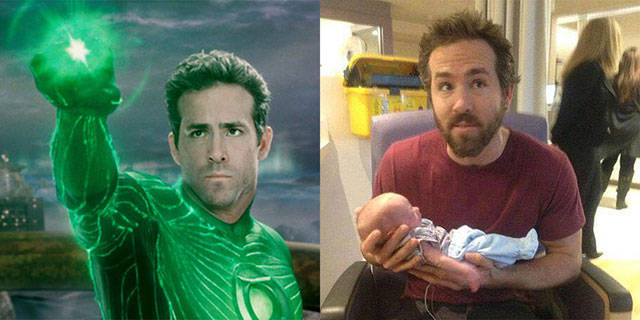 The star of The Spirit, Gabriel Macht recently partnered with Globe and Project Wonderful to raise awareness and garner support for rebuilding Ormoc, a city in the Philippines that was ravaged by Typhoon Yolanda. 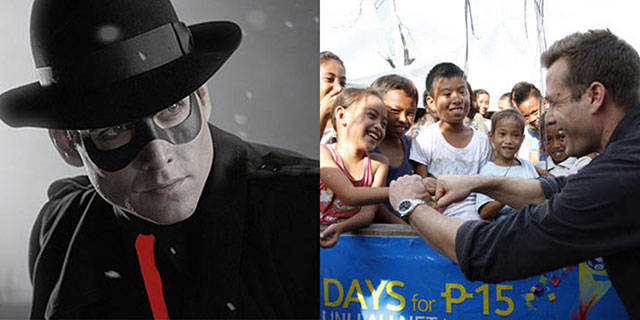 Though he may have been a regrettable Daredevil (and the world is holding its breath for Batman v Superman), Ben Affleck is certainly no regrettable humanitarian.  In fact, he has a whole Wikipedia subsection just on the charitable causes he supports (including, but not limited to, the work he did on his several tours to the Democratic Republic of the Congo as part of the Eastern Congo Initiative). 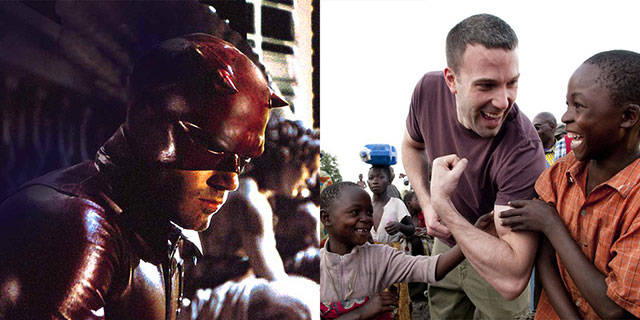 When he’s not writing the next stoner comedy or starring in a weird revival of a 1966 superhero television series (ie. The Green Hornet), Seth Rogen is working to promote Hilarity For Charity, an organization he co-founded to “inspire change and raise awareness of Alzheimer’s disease among the millennial generation.” 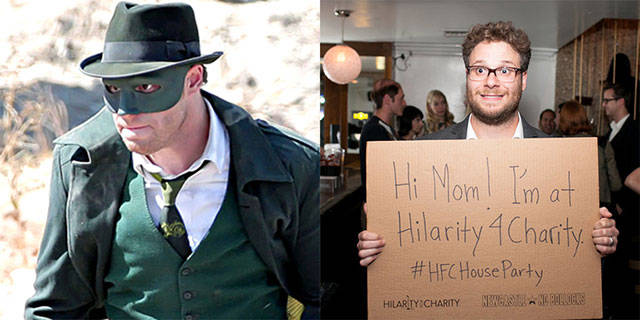 Most people forget that Alec Baldwin once played The Shadow in the 1994 film by the same name. No one forgets his many philanthropic acts, which include several massive donations to the New York Philharmonic, millions in donations to cultural charities, and his regular headlining of PETA events to speak out against animal cruelty. 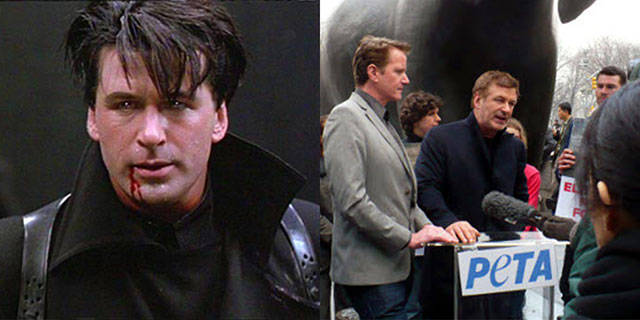