According to Glassdoor’s 2016 rankings, online travel company Expedia is the happiest place in London to work at.

Expedia employees get unbelievably generous benefits like travel allowance between $8,515 and $14,192. And they have Formula One simulators, a huge roof terrace that hosts regular BBQs and other staff parties, various free bars, and more "chill out zones" in the at the company's two huge offices in London.

From the outside, Expedia's office building looks a little dreary, like many others in London. 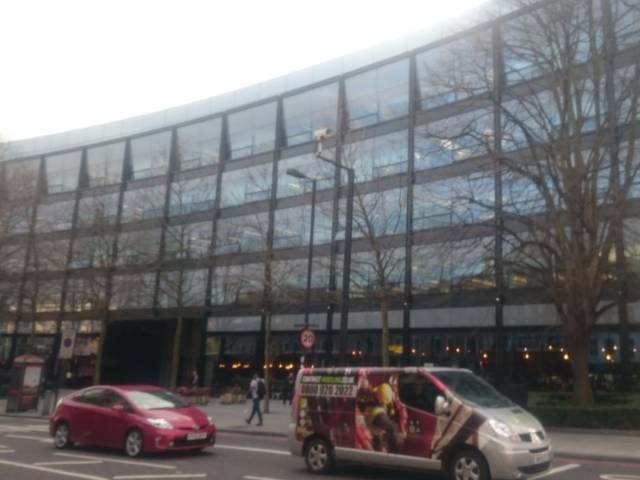 However, as you get inside, things start to appear brighter. 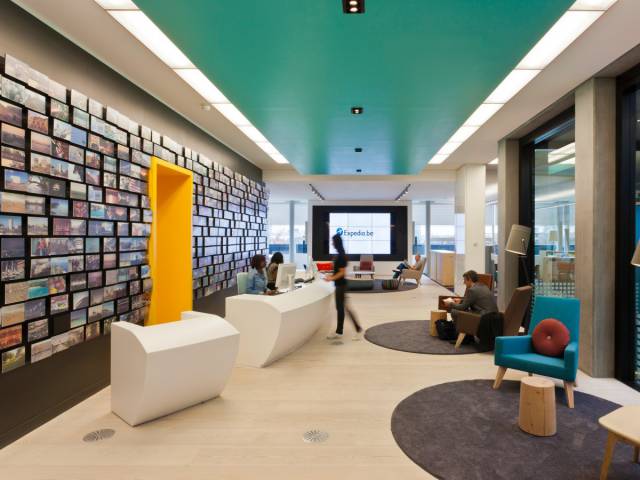 The wall behind the reception is covered in pictures from employees' holidays. Everyone is able to travel a lot thanks to the generous travel allowances, which range from between $8,000 and $14,000, depending on your grade. 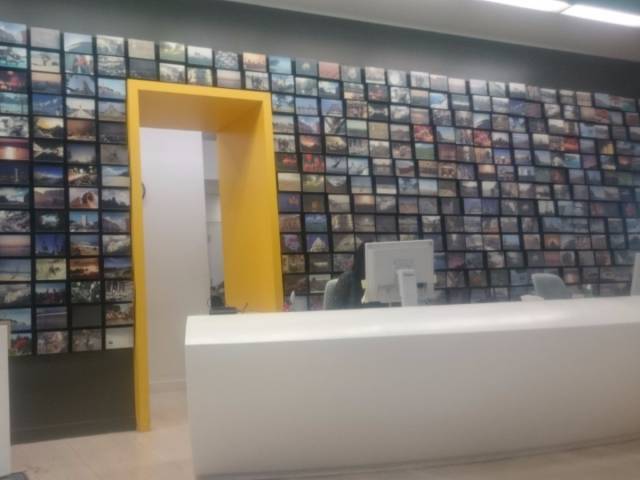 Inside, just like many other tech firms, you can play ping-pong and table foosball. 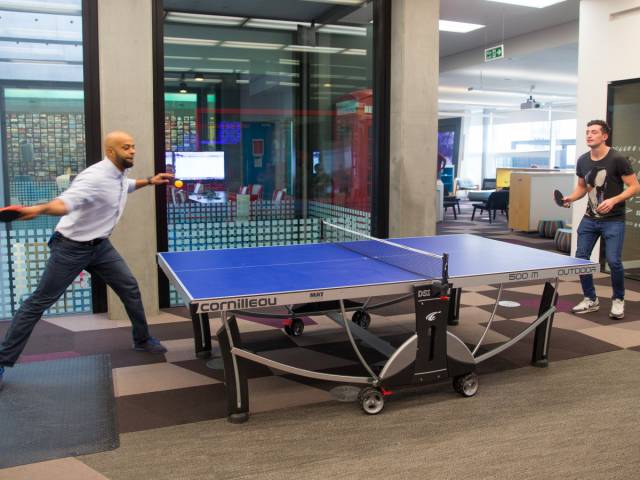 More rare is the opportunity to play on the Formula One simulators, which are hooked up to gaming platform Steam. 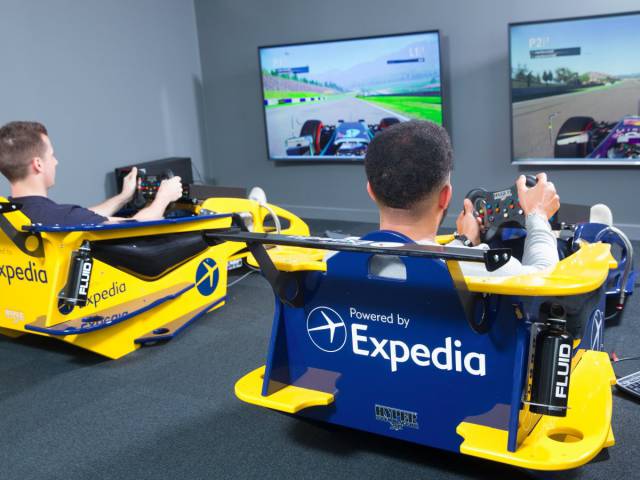 There are also more conventional games consoles like Xbox and Playstation. These two were casually playing FIFA in the middle of work hours. 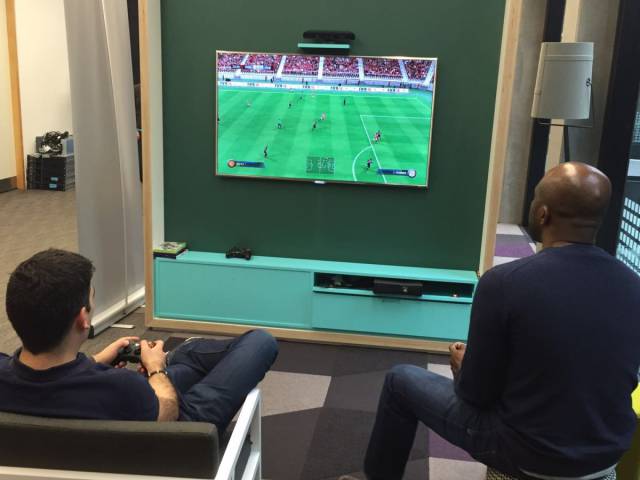 "What we try and encourage here at Expedia is to make it feel like we’re big kids in a big kids sandbox," director of tech Liz Estaugh said. 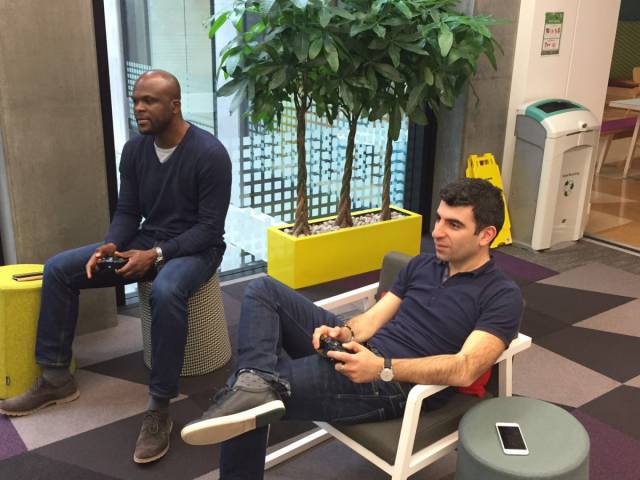 Staff even created a GPS tracked trolley to carry cake and booze around the office. "We can't be bothered to walk to the 'Mobile Much Trolley.' So we’re trying to do a little mini-hackathon internally, to see if we can figure out a way to add sensors to the trolley, so it can navigate around corners, it can sense walls and we can control it from our iPhones," Estaugh explained. 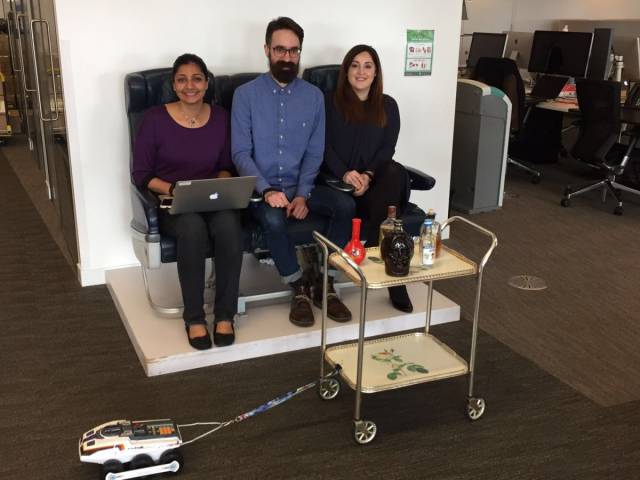 "We have cocktail hours and beer hours. There are quite a lot of folk who are interested in micro-breweries and will try to find the most obscure beer from around the world," Estaugh said. 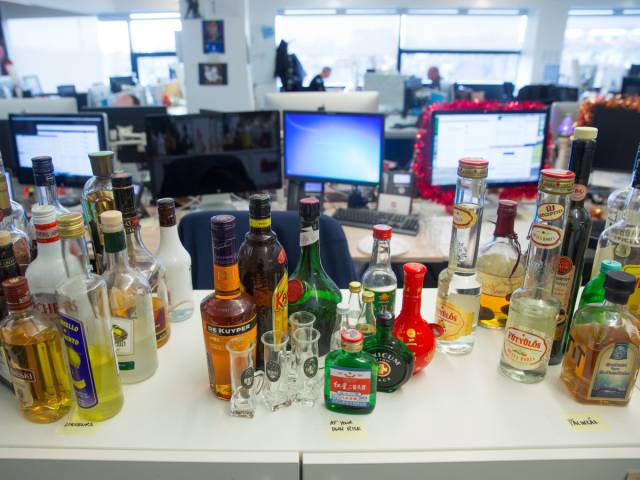 However, the best feature of the office is probably the huge rooftop terrace. 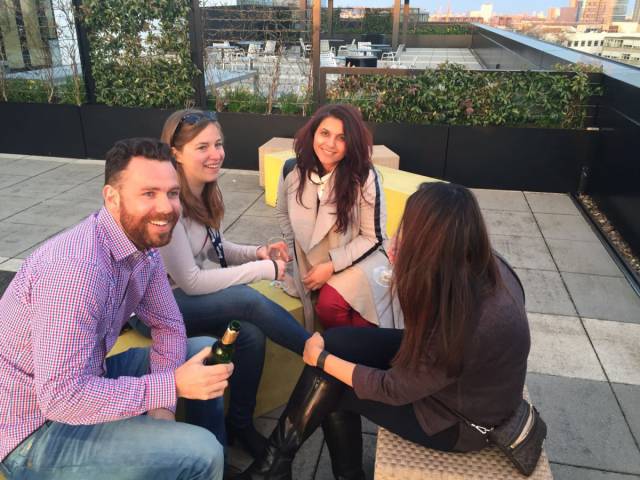 "The roof terrace in the summer is obviously pretty cool, although you can get pretty sunburnt," talent adviser Con Marney said. 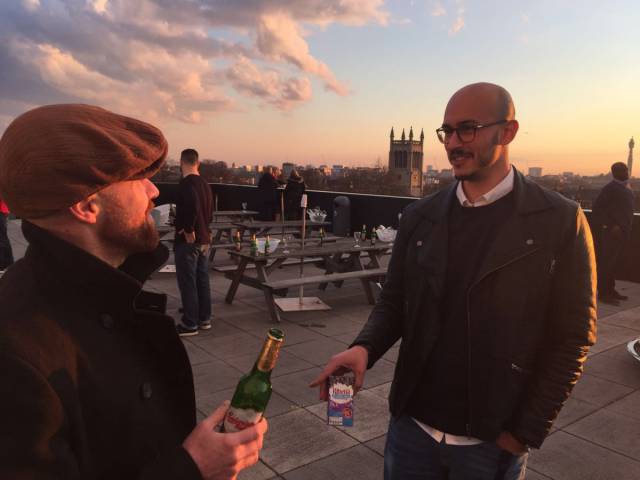 "Every single month we have Thursday-night drinks, where the whole company comes together from 5 p.m. to about 8:30 p.m. — or whenever the booze runs out, whatever’s quickest," Marney said. "That always acts as a really great platform for conversations." 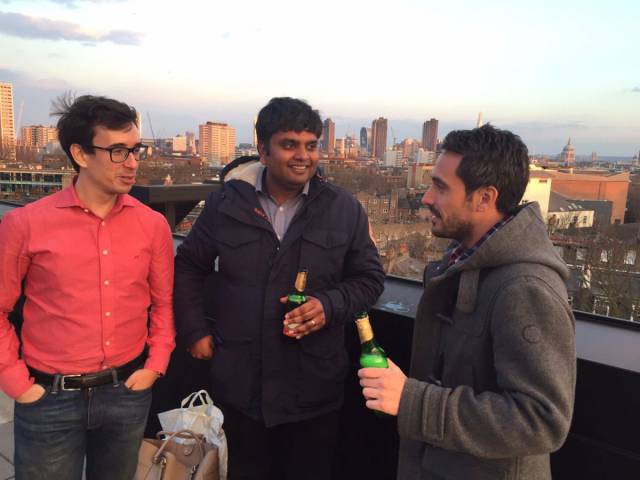 "You are allowed that downtime. You're not there chained to your desk for 10 hours a day. It's a lot more productive ... If you do need some time, you can go and play ping-pong. You can go and sit on the terrace and get your head together," according to Marney. 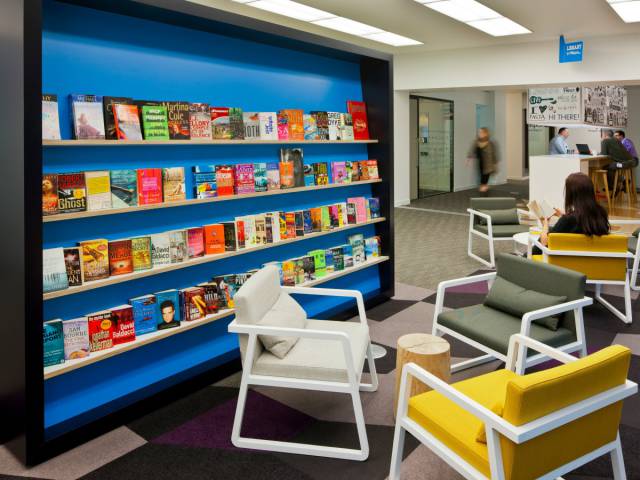 Estaugh talked about what it's like to work at Expedia as a woman in an industry traditionally dominated by men. She said: "I think it’s great, I've been with the company for eight years, so I think it's a really diverse and inclusive environment. I don't think anyone particularly cares if I am a woman, or a two-headed monster, or a guy. I think your voice is heard here and you're encouraged to contribute and that’s fantastic and amazing." 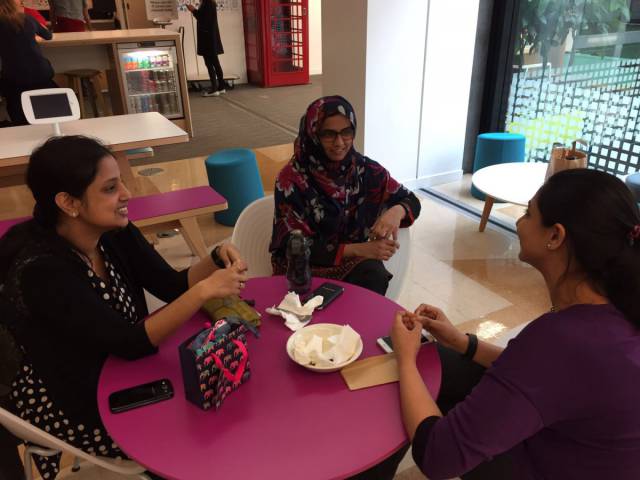 Back inside, there are iPads attached to the lunch tables. 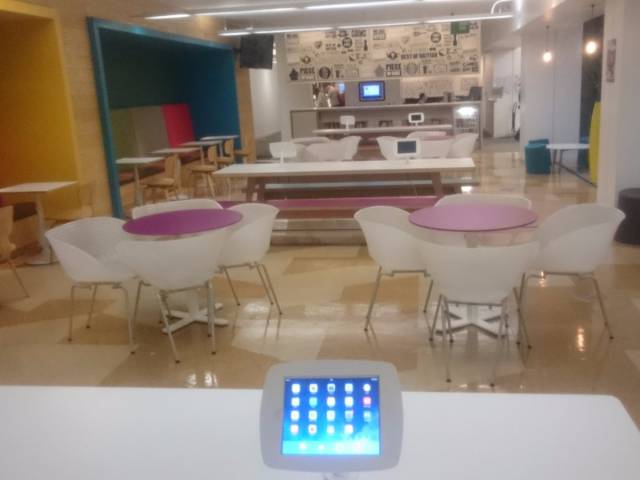 But it's not all play. "I think one of the challenges which we do have is — being a global company — there are going to be instances where you do have to jump on a late-night call," Marney said. 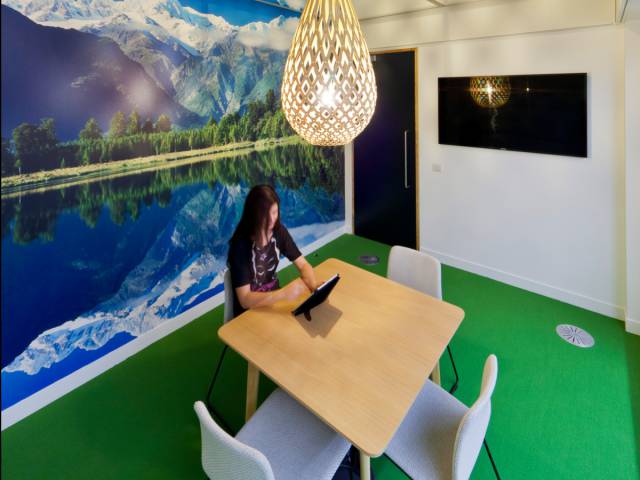 "I’ve been on calls at 5 a.m. in the morning and 11 at night, so I think that can sometimes be a challenge. On the flip-side of that ... the hours are flexible." he added. 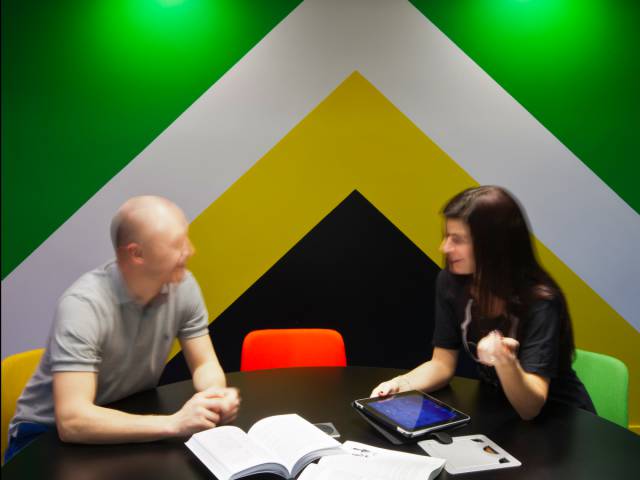 All of the conference rooms are decorated vibrantly, each with a different theme. 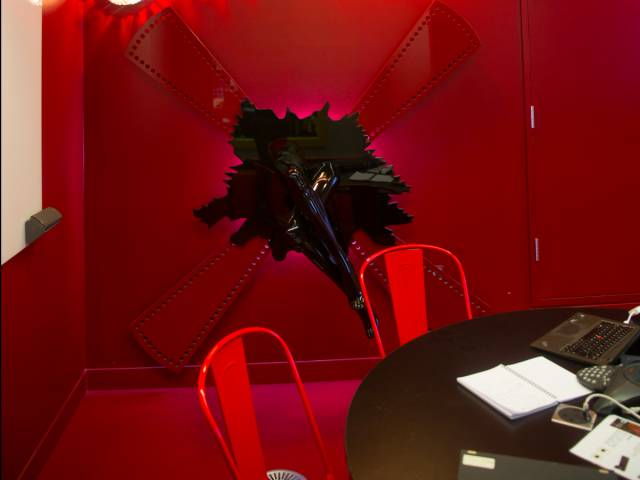 Tech director Estaugh agreed that the global nature of the company is a challenge as well as a strength. "The worst part of my job is probably the jet lag. Right now I'm adjusting. I'm not quite with it. I only managed to get to bed at 3 a.m.," she said, having just returned from a business trip to Seattle. 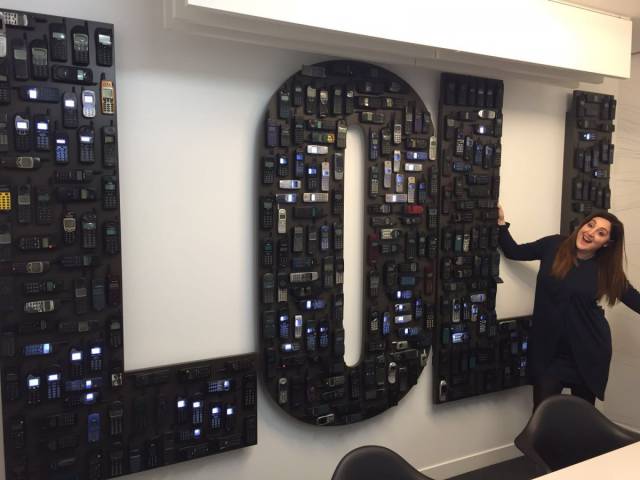