This skilful dad from Lethbridge, Canada, makes amazing custom play houses. Carpenter Tyler Leavitt was working as a landscaper at different people's houses and noticed that often their backyards were kinda boring. That's when he had an idea to start making play houses for kids and founded his company which he called Charmed Playhouses. Of course, his kids are the first testers! 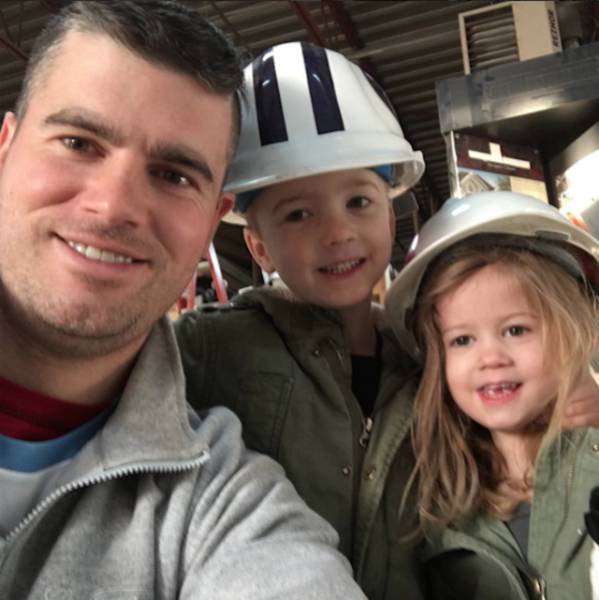 His company started with 3 people working there, now there are 15 and they have already built 20 custom play houses. So, it works. Moreover, it is not surprising as he's designing some kickass play houses. The price ranges from $7,000 to $100,000, not bad, huh?! 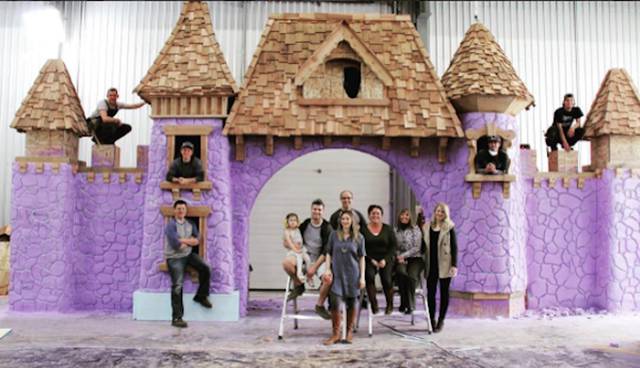 His secret is the customization. He doesn’t just build any old play shed, but sits with the families and the kids and makes custom, fantasy dream homes in miniature form.

And even though the kids may grow out of the tiny little turrets, he suspects that adults get a kick out them too. 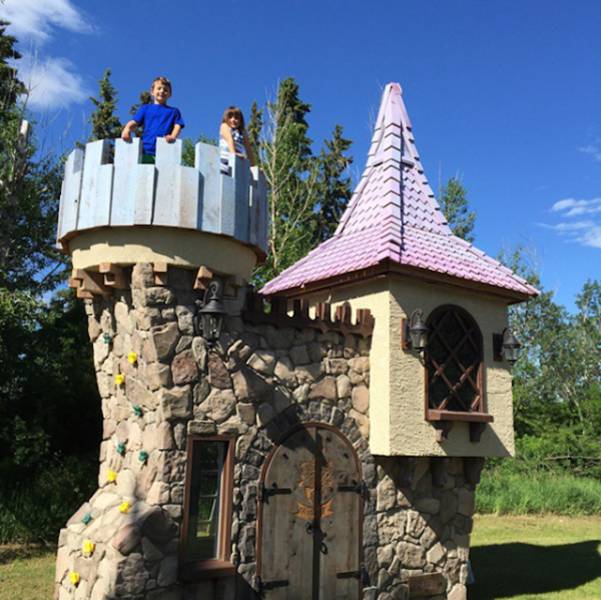 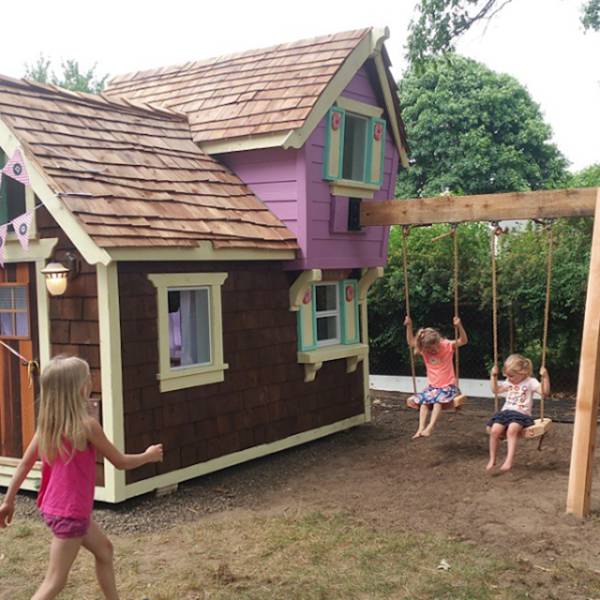 The detail is amazing! 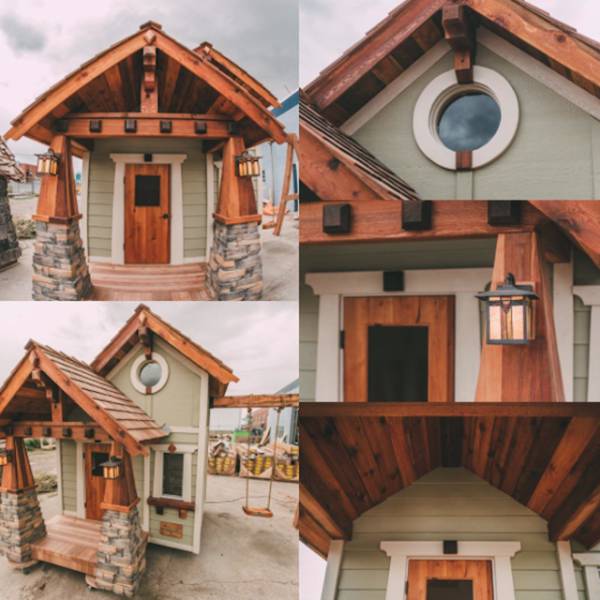 This one’s got a haunted house/Harry Potter Shrieking Shack vibe. 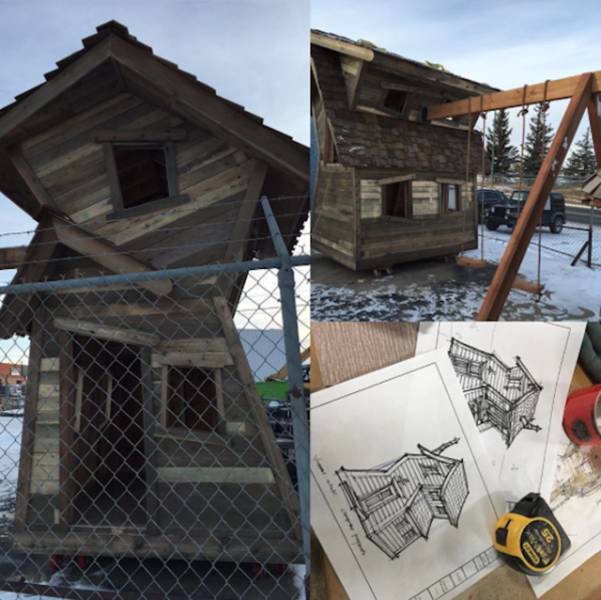 Or this modern take. 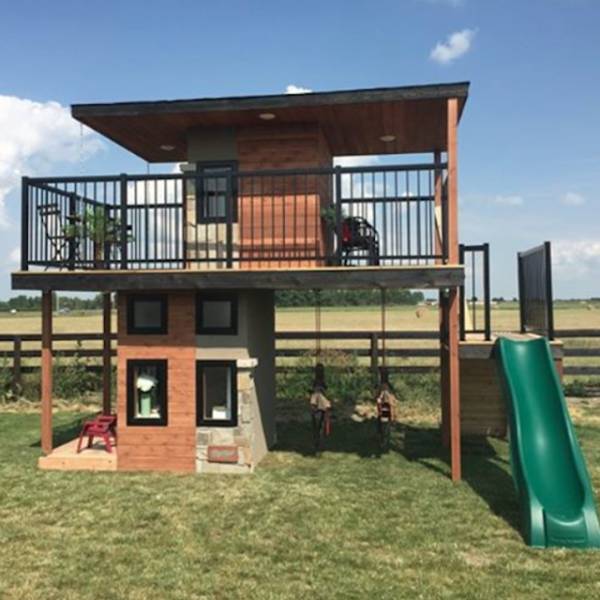 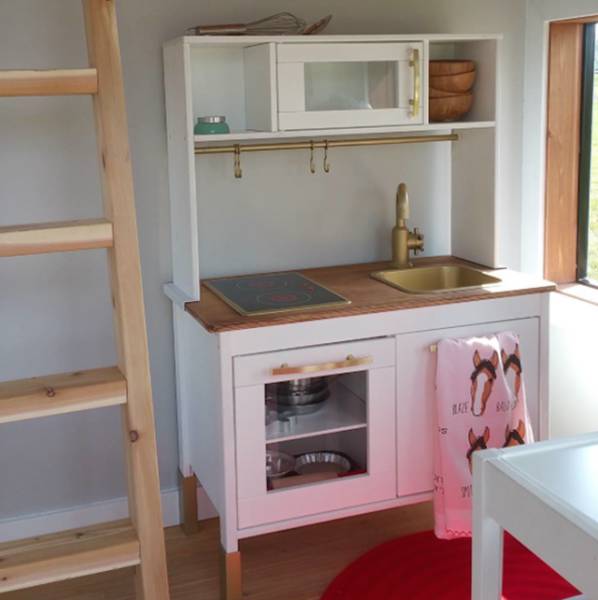 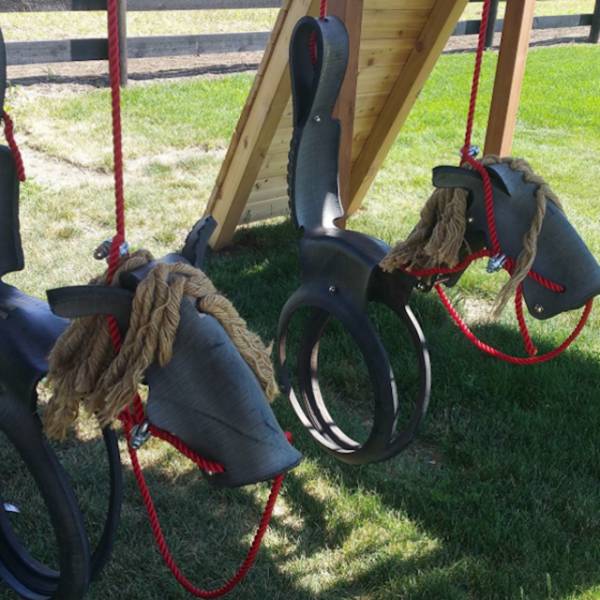 All the pieces are made at his workshop and then then shipped an assembled on site. 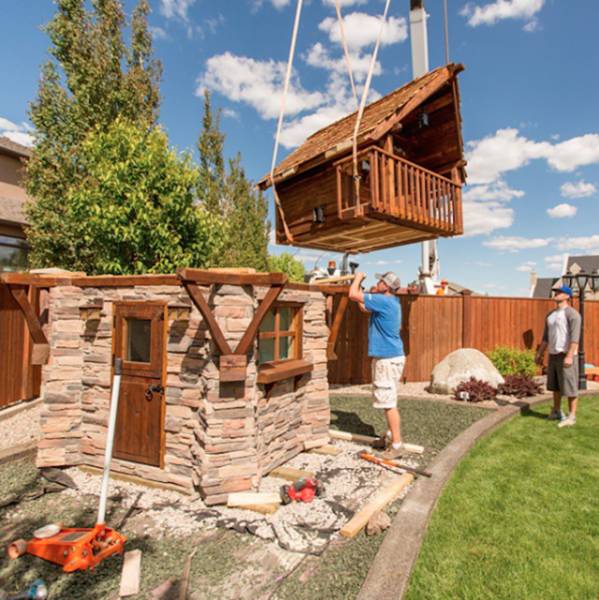 Or the builds can get a little more fantastical. 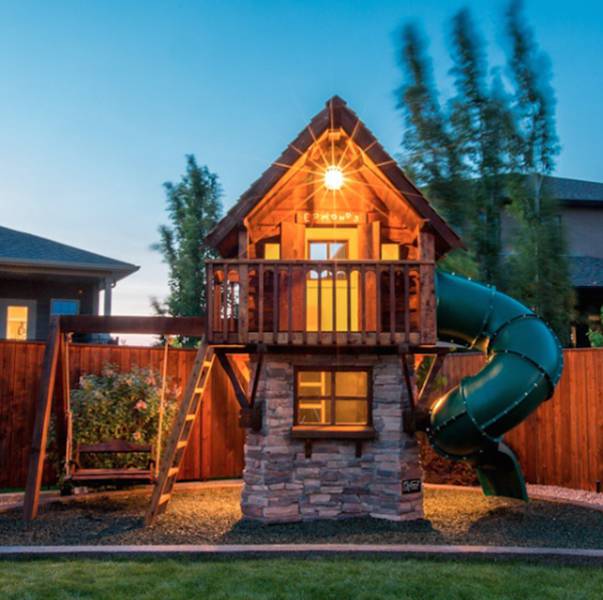 For example, these plans are for a special little girl, by the name Riley Curry 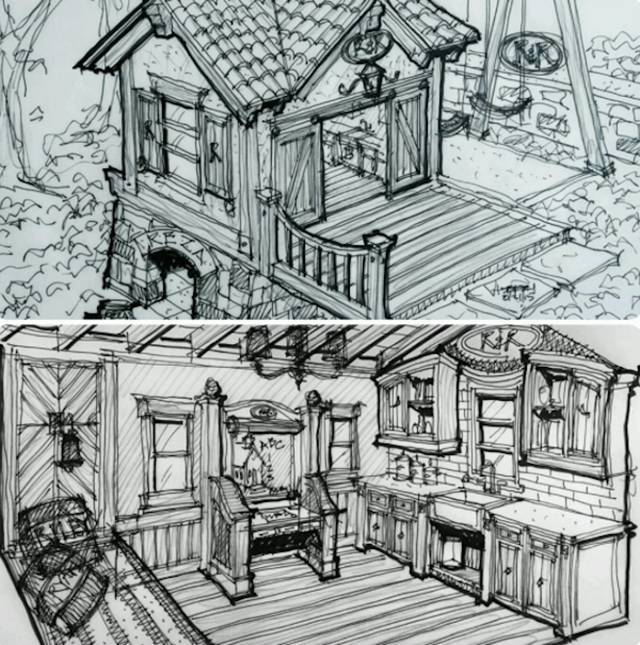 He also does tree houses. 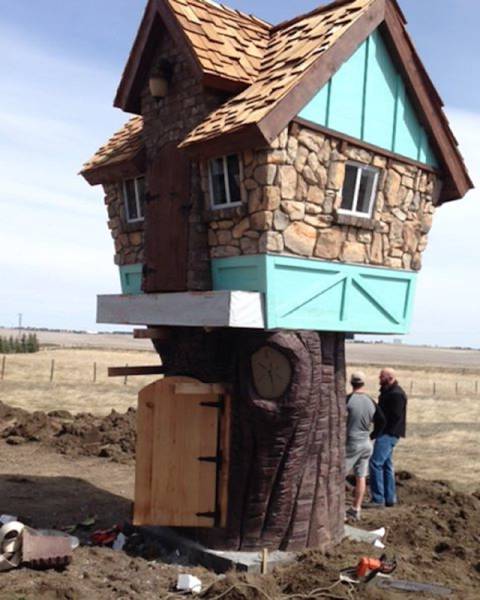 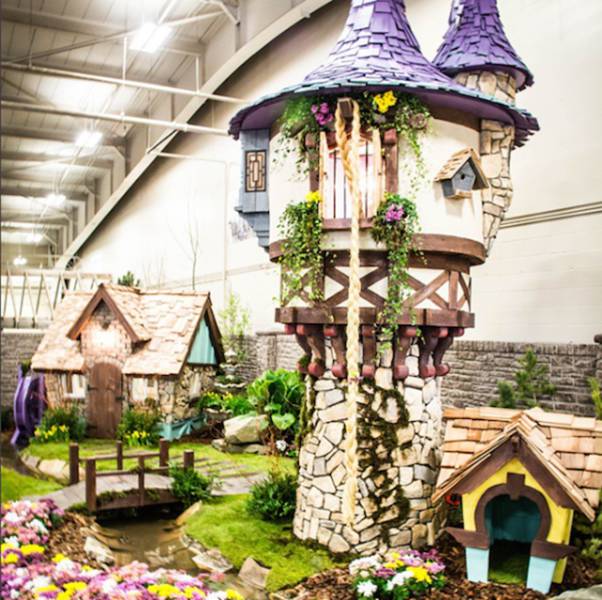 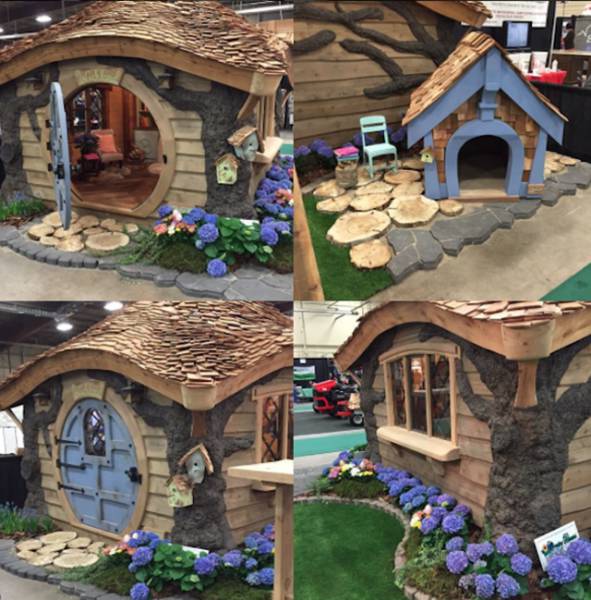 And of course, pirate ship!

I feel like I’m a kid again! Who wants to Truffle Shuffle up to that playhouse with me? On three! 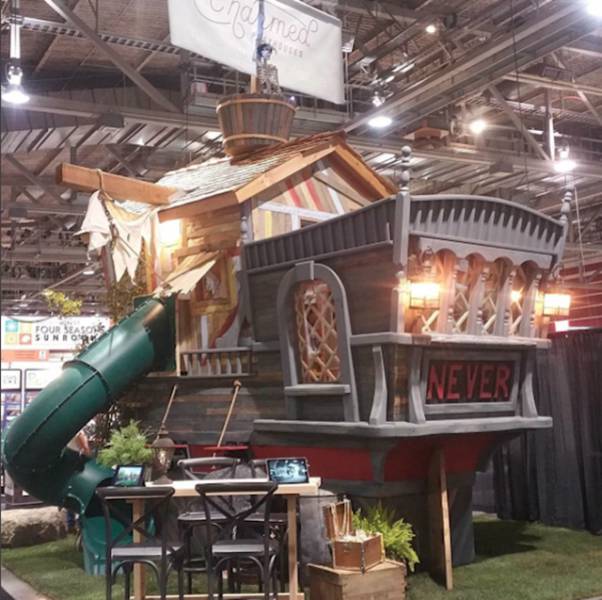 Oh to be a kid again! 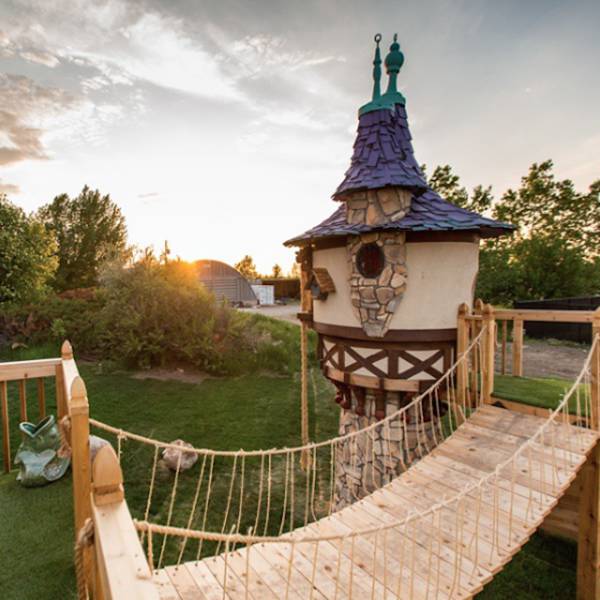 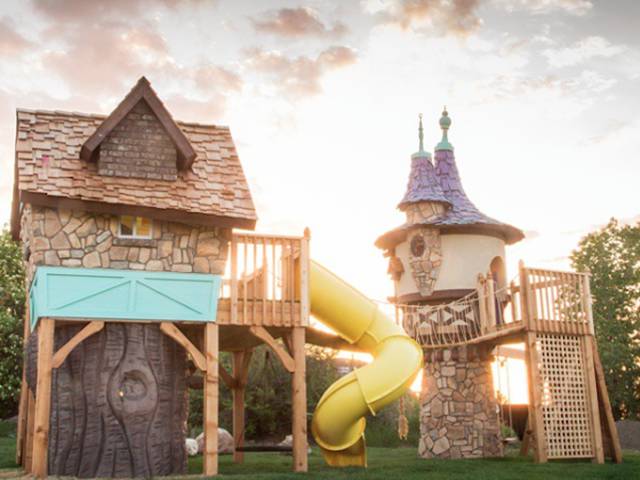