In 1941 the SS Politician wrecked off the Scottish island of Eriskay while carrying 28,000 bottles of malt whiskey. Locals rushed to salvage the cargo, making off with 24,000 bottles before customs officials sank the ship. 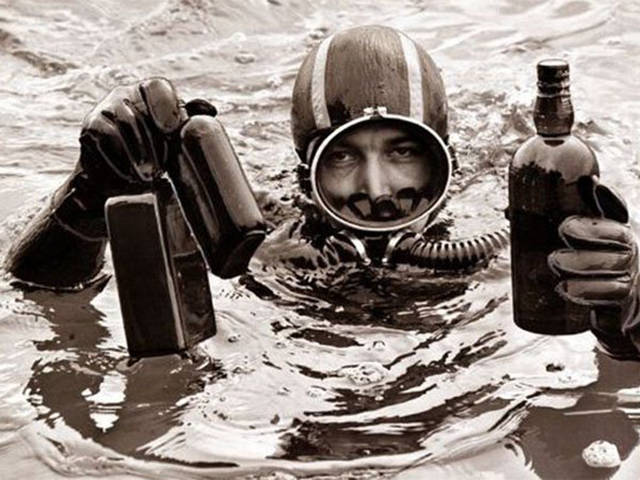 Miami Beach got quite the scare in 2011 when they saw a 5-foot-long mine that had come to the shore. The police showed up and the beach was evacuated, but the Navy quickly assured that it was merely an inactive training mine that had somehow broken free of an offshore training site. 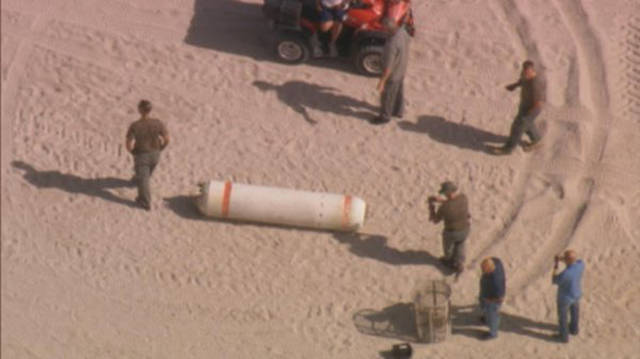 That same year 100 WWII-era bombs washed up in Hampshire, England, and they were definitely not inactive. Some people thought that the so-called Supermoon the week before was to blame, possibly because it caused very low tides, while others figured fishing nets pulled them up. British police detonated the bombs while they were submerged in high-tide. 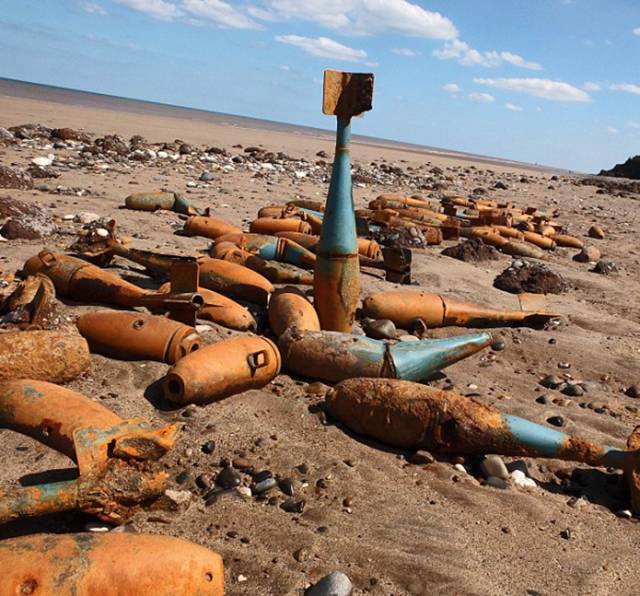 Ikuo Yokoyoma lost his home and 3 family members in the tragic tsunami in Japan in 2011, so he didn’t really give much thought to the motorcycle and everything else that was in the storage unit that he had lost as well. That is until it washed ashore a year later in British Columbia, more than 3,000 miles away. Peter Mark stumbled upon the storage unit while exploring a remote beach. After the story went public, a Harley-Davidson representative in Japan tracked Yokohama down and paid for it to be sent back to him and repaired to its former glory. 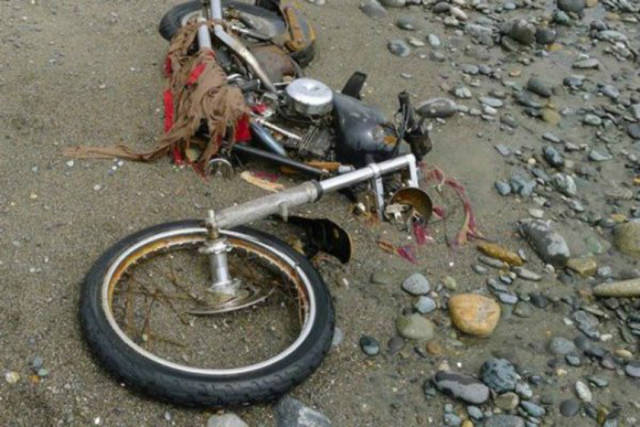 In 2007 a 100-pound-lego man was found on the shores in the Netherlands, and after this first sighting, others like him have shown up all over the world. The figures have been attributed to a Dutch Artist who uses that moniker, and claims to have set them afloat. He has been quoted as saying the purpose of the Lego men was to “See the beauty of [the real world], admire it, and adore it.” 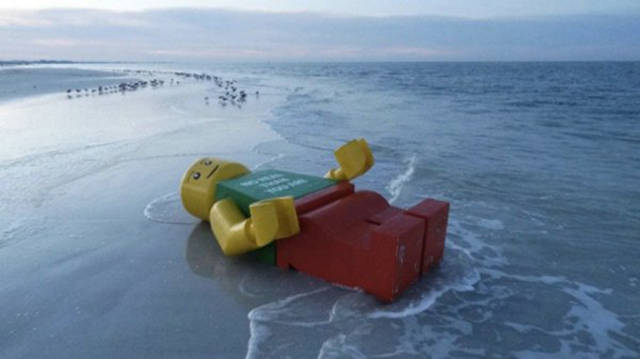 In 2012 a Florida man found an eyeball the size of a softball on Pompano Beach, Florida. In the old days this would have caused an uproar about sea monsters, but it was quickly handed over to wildlife officials who concluded it was the eye of a very, very large swordfish. 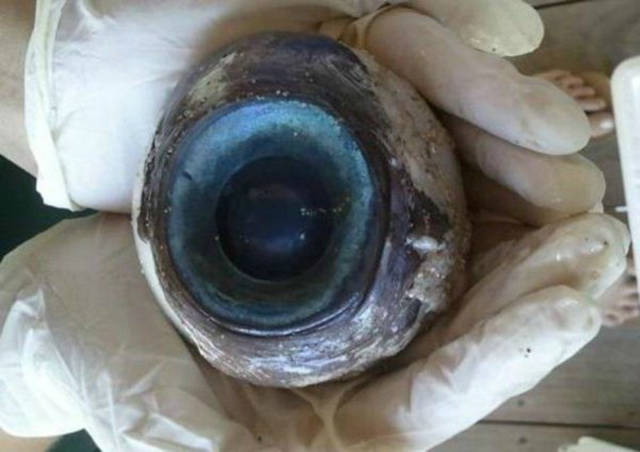 San Francisco’s Ocean Beach was the final resting place of two hundred-year-old tombstones that washed ashore in 2012. One was the tombstone of Delia Presby Oliver, who died at the age of 26 on April 9, 1890, and the other was of Emma Bosworth, who died in 1876. There is an explanation. For a time, the giant granite tombstones within the San Fran city limits were repurposed (after the bodies were moved) as construction material, including a sea wall at Ocean Beach in the 1940s to help with the erosion problem. Regardless. it’s still creepy. 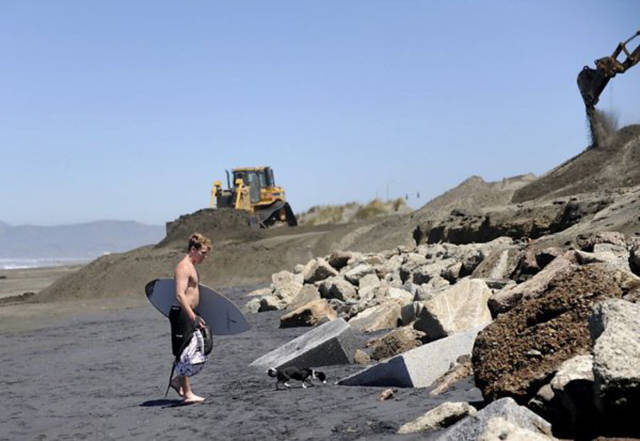 Margaret Wells lost her life-size E.T. replica when her England home was robbed in 2011. It was made by her daughter as part of a stage makeup class. Several months later, a beach-goer saw it floating in the surf and didn’t realize what it was. She thought it was a dead body so she called the police, and they quickly realized it was quite the unique alien model. Wells said, “There’s only one in the whole of England and that is mine. I always knew E.T. would come home.” 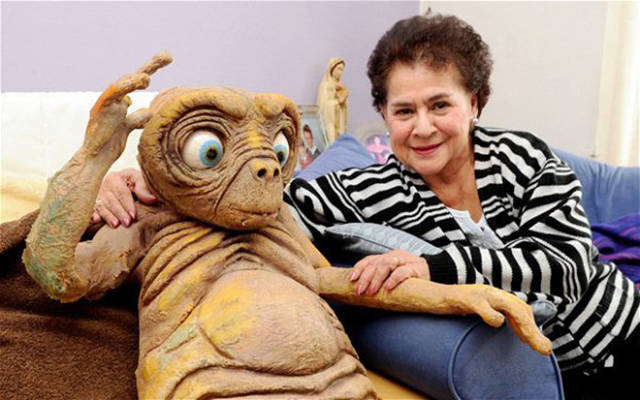 In 1992, a shipping container accident commenced the biggest rubber ducky bathtub party ever. The containers contained a LOT of rubber ducks. They’ve been drifting all over the world ever since, and have been given the name “Friendly Floatees.”They’ve been found on the shores of Hawaii, Alaska, South America, Australia, the Pacific Northwest, and even the Arctic. Around 200 duckies are still circulating in the currents of the North Pacific Gyre and actually provide scientists with new information about the Great Pacific Ocean Garbage Patch. 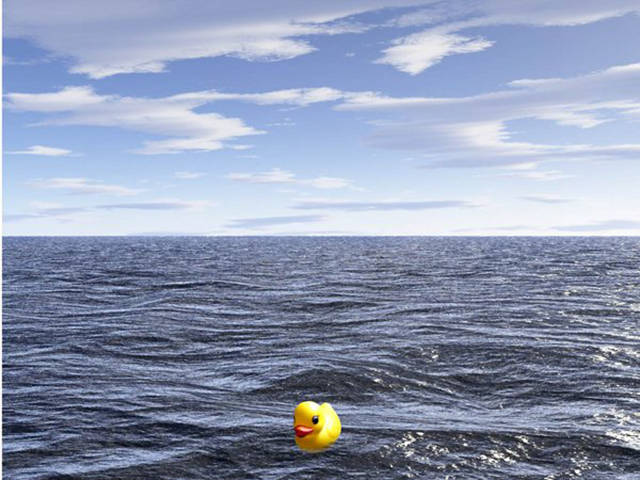 A package containing 57 letters (and wrapped in a pink ribbon) was found on a New Jersey beach one day after Hurricane Sandy in 2012. The finder opened them up, dried them by the fire and realized that she had found love letters written between Dorothy Fallon and Lynn Farnham while Lynn was in the military during WWII. It’s still a mystery where the letters came form, but Mullen was determined to return them to the couple, so she tracked down 91-year-old Dorothy at a nursing home in New Jersey. 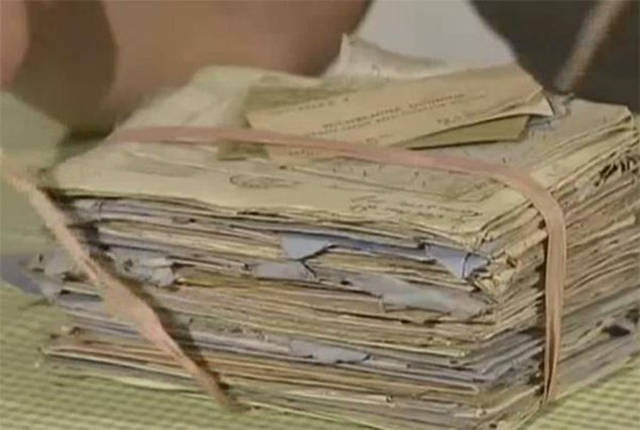 In 2006 a bunch of bags of Doritos washed ashore in North Carolina after they were lost in a storm. Hopefully everyone was hungry. 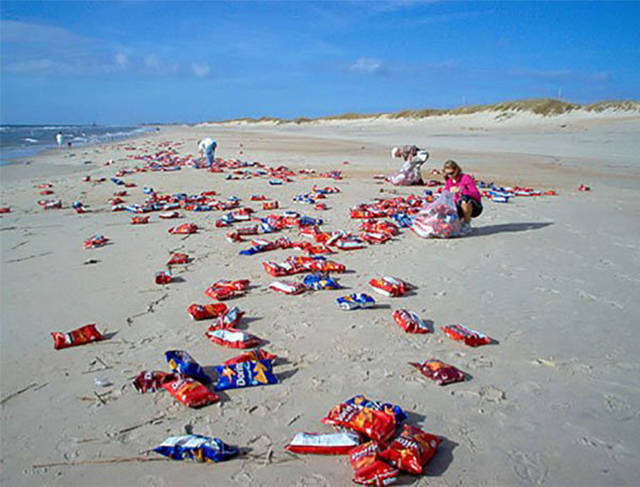 Ken Wilman’s dog Madge stumbled upon a smelly yellow lump of something on the beach in England, and it didn’t look like much. When Ken got back home he naturally looked it up online, and found that it was actually a 6-pound pile of “whale vomit”, or ambergris. He ran back to get it because it turns out that it was worth up to $180,000. Why? High-end European perfumeries use it as a “fixer” which allows the scents to stay on the skin for a long time. 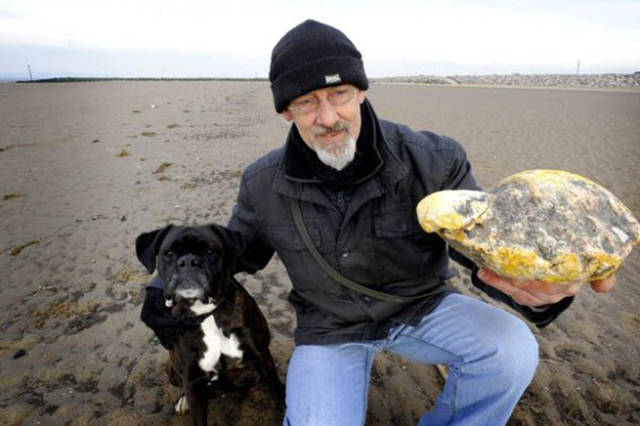