Lift a 75-lb. weight over your own face like it’s the most casual thing in the world. 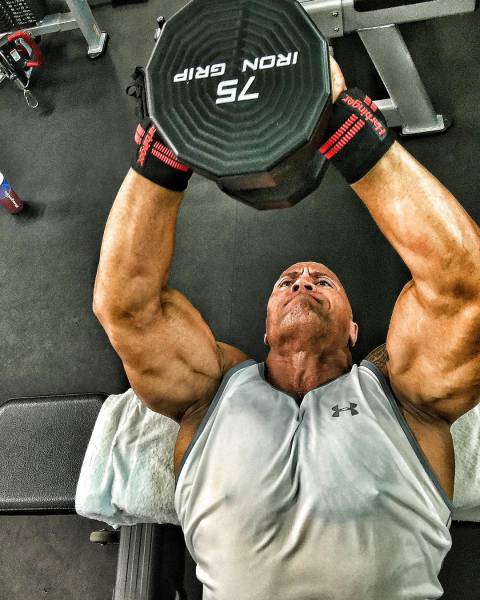 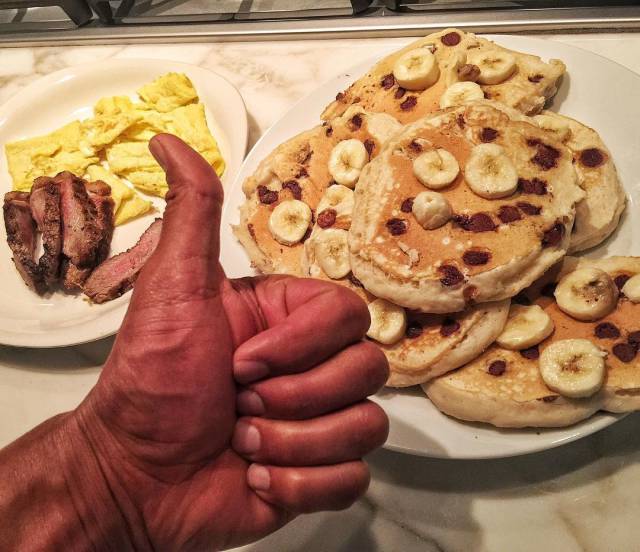 Buy your mum a brand-new car for Christmas, because that’s just how you roll. 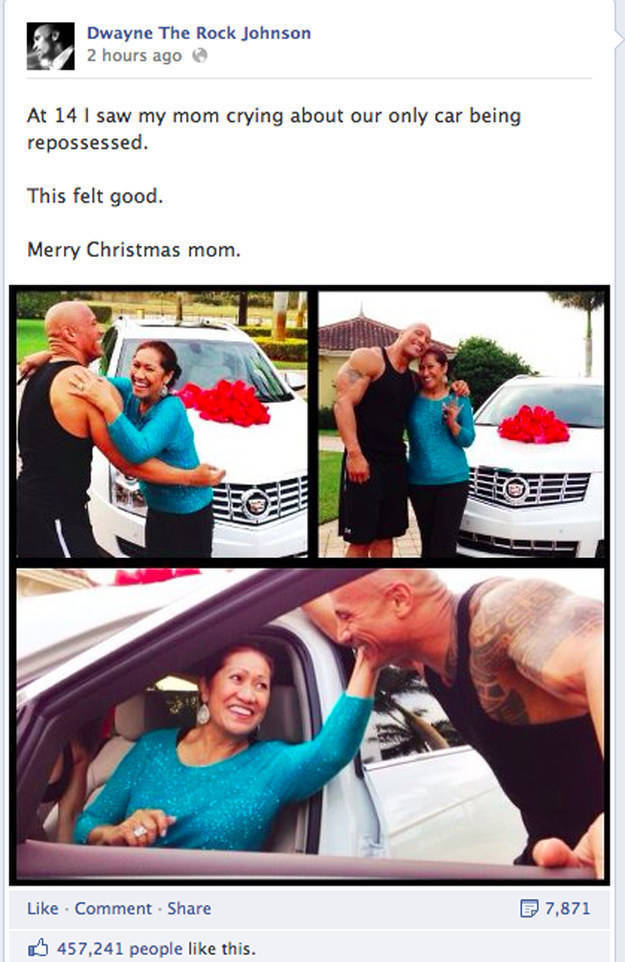 Pose next to newly ripped Zac Efron and still make him look like a shrimp. 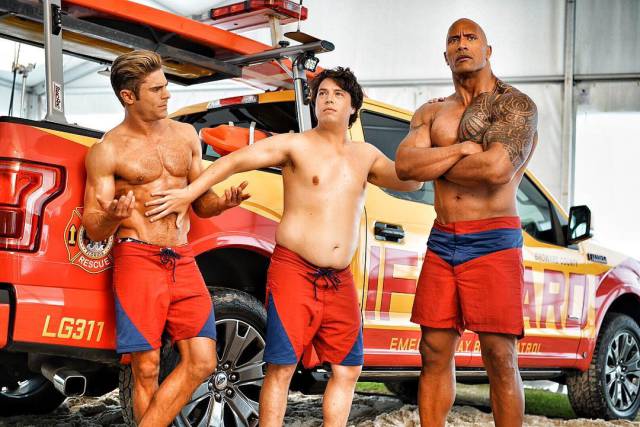 Get a badass nickname from losing your virginity. 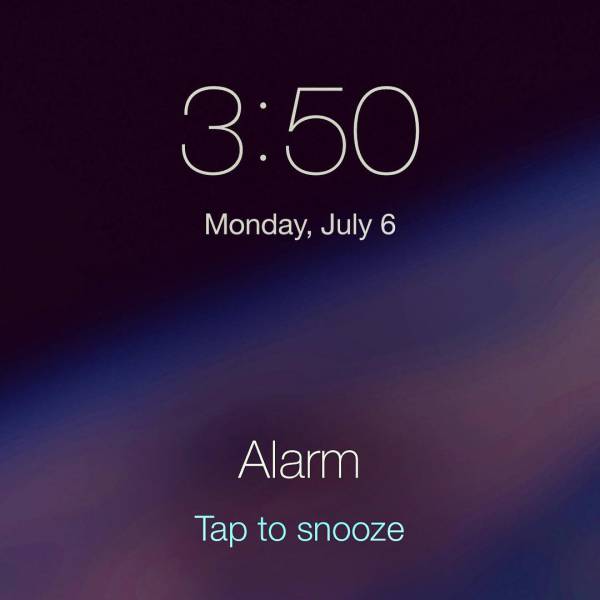 "Wakin' up at that "you gotta be sh*ttin' me" hour. AM cardio starts now, then breakfast, then strength/conditioning training, then head to set to shoot all day. The hustle is real.. so is this gorilla breath."

Make the Great Wall of China look like it’s made out of Legos. 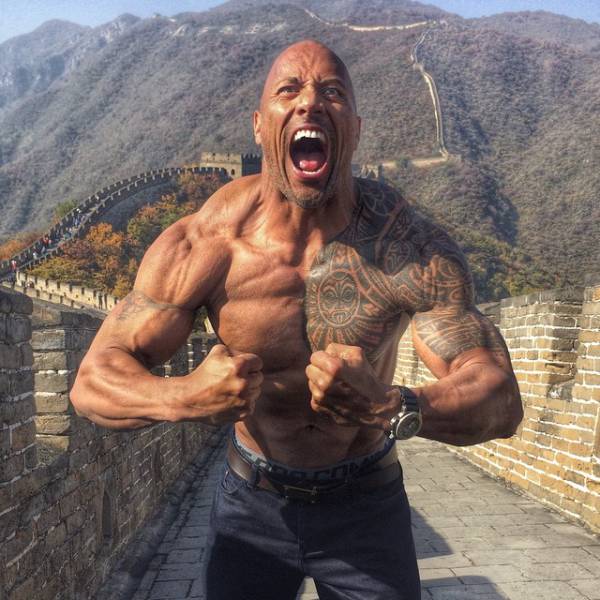 Save your brand-new puppy from drowning in the pool like a goddamn real-life action hero. 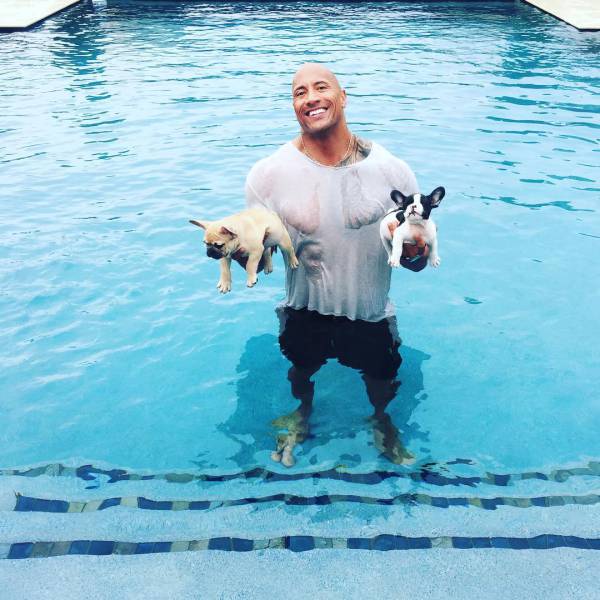 "Here's a fun Labor Day weekend story... We just decided to add two new members to our Johnson family. Baby French Bulldogs. In my right hand is BRUTUS and in my left hand is HOBBS. Bring them home and immediately take them outside so they can start learning how to "handle their business and potty like big boys". I set them both down and they both take off in a full sprint and fall right into the deep end of our pool. HOBBS immediately starts doggy paddling while BRUTUS (like a brick) sink heads first to the bottom of the pool. I take off into a full sprint, fully clothed, dive in the pool, swim to the bottom, rescue my brick, I mean BRUTUS and bring him back to the edge of the pool. He was a little delirious.. took a moment, threw up all the water he swallowed and looked up at me as if to say, "Thank God you didn't have to give me mouth to mouth!" and then ran off to play with his brother. A few lessons I've learned today.. A) Not all puppies have the instinct to doggie paddle. B) Some puppies (like BRUTUS) will be so in shock by experiencing water they will sink extremely fast so react quick. C) While spiriting to save your puppies life, before you dive in, try and throw your cel phone to safety. Don't keep it in your pocket... like I did."

Smash through FOUR whole double-dough pizzas without even breaking a sweat. 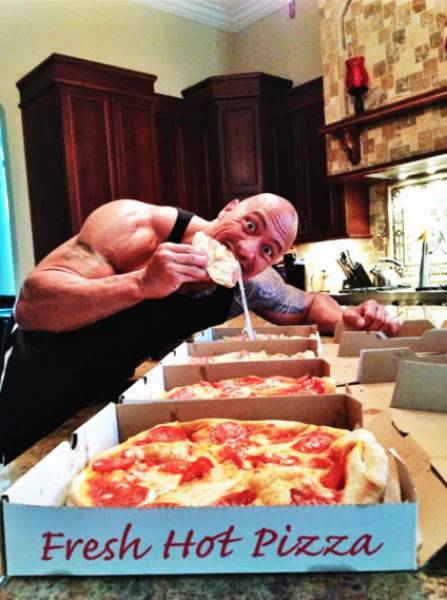 Or celebrate your new movie by having 12 entire pizzas to yourself. TWELVE PIZZAS. 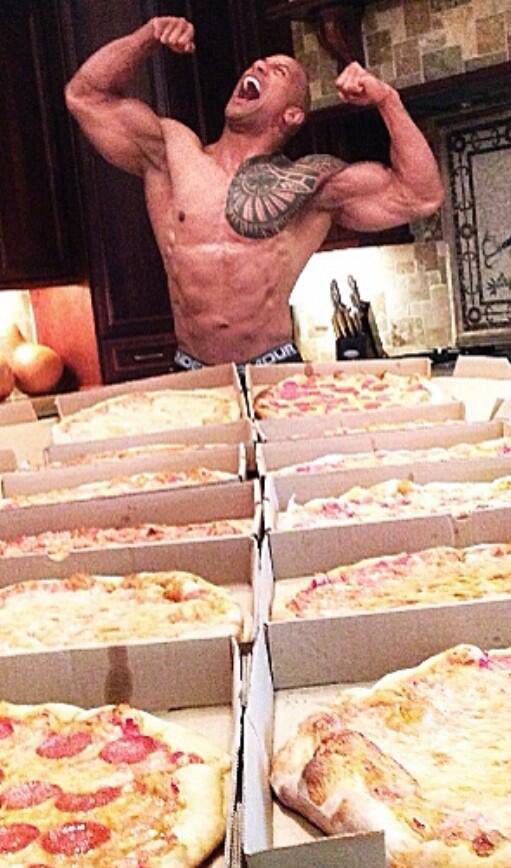 Just chill out next to your private jet with your dog and your self-branded sports bag like nbd. 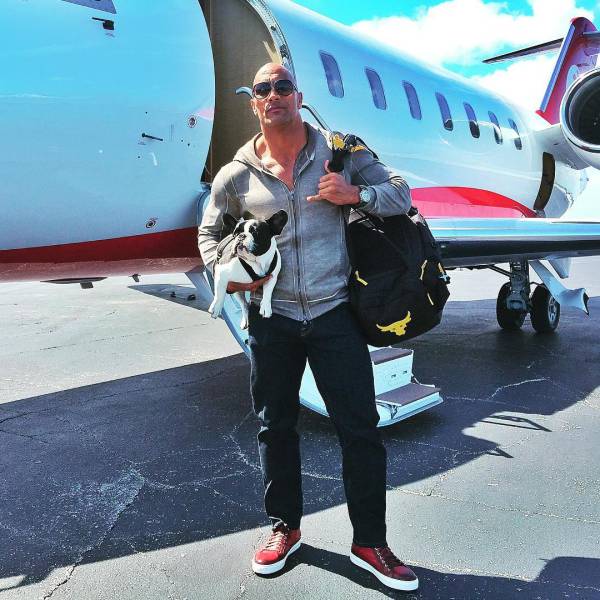 Or casually pump 35-lb. dumbbells in your private gym with your dog as your gym buddy. 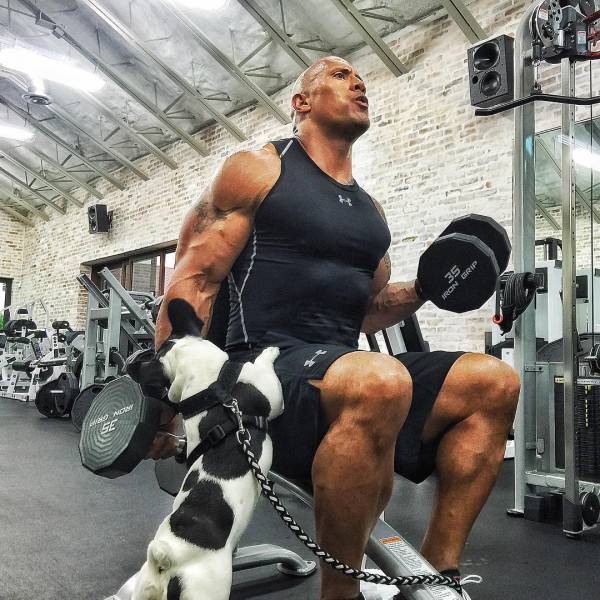 Somehow look cool as fuck in those theme park photos that make everyone else look like a dweeb. 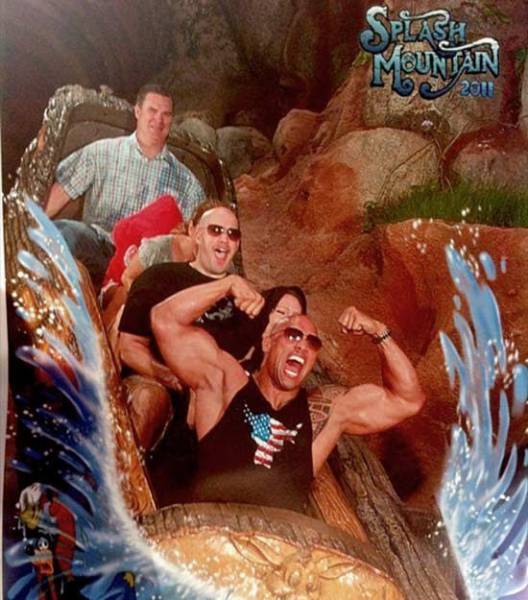 Create a Disney musical with Hamilton creator Lin-Manuel Miranda, because not only can you wrestle, act, and look like a god, you can sing too. 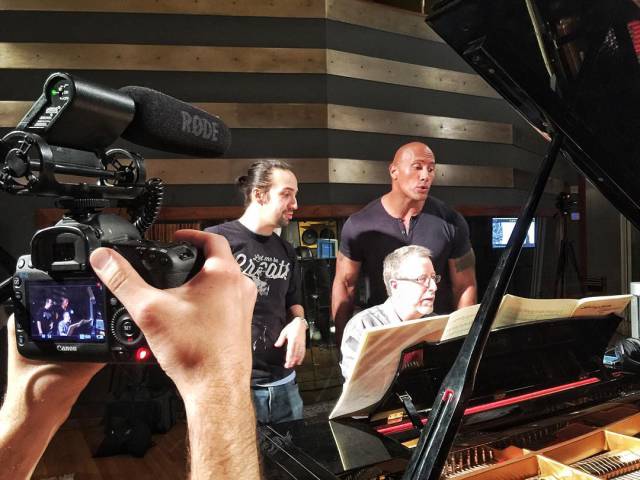 Look more suave at 16 than anyone else will ever look in their life. 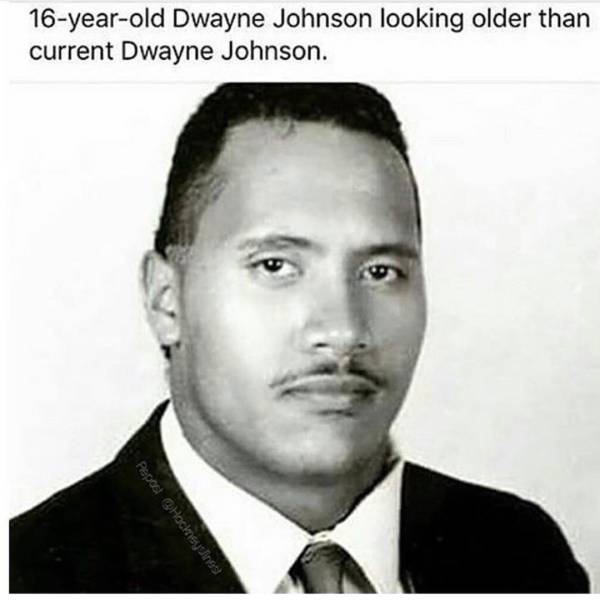 Somehow make a fanny pack look like a cool-as-shit accessory. 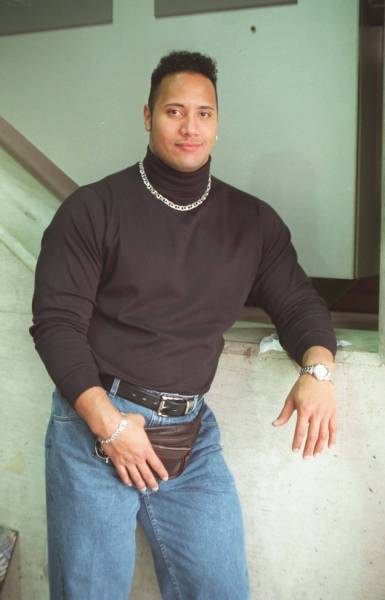 Chill out on a jet ski with three beautiful women in bikinis and be like, “Yeah, what of it?” 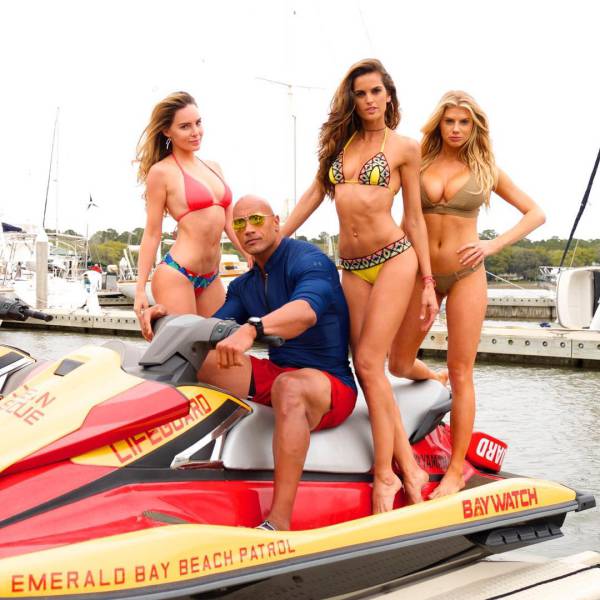 Celebrate National Pancake Day with a stack bigger than your own head. 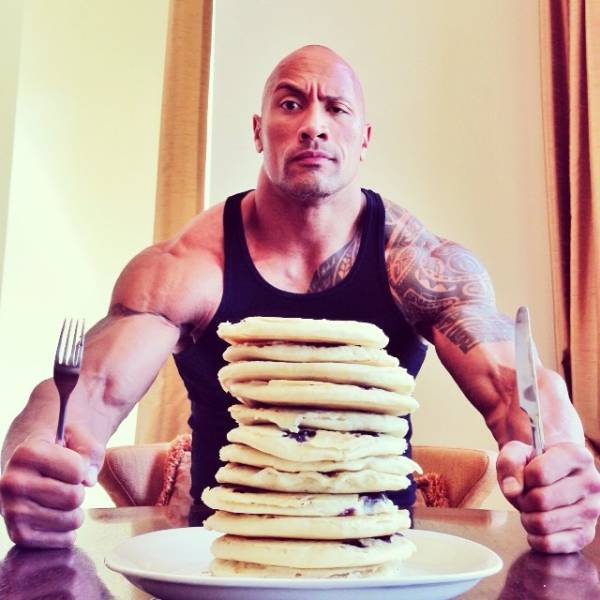 Hang out with President Obama like you’re just mates and it’s literally no big deal. 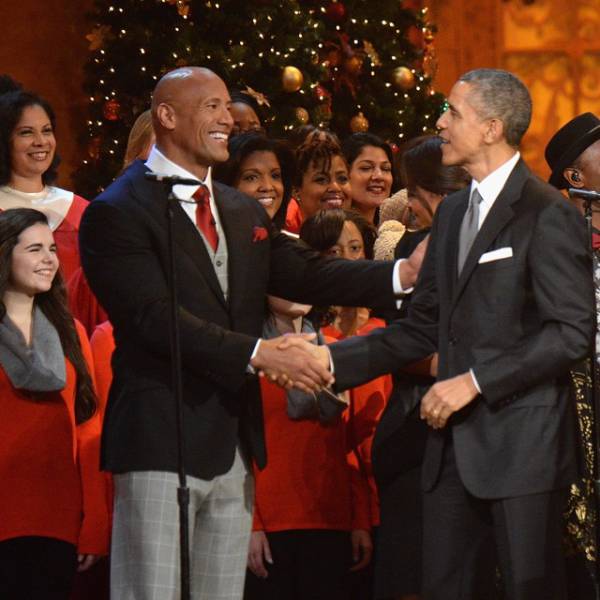 "We're both charismatic, intelligent, good lookin' boys from Hawaii with a bi-racial heritage who overcame enormous odds. One of us captured the imagination of millions of people around the world and became an American symbol of pride and hope... the other became the President of the United States.."

Sip on some Dom Pérignon in your private jet while flying home from the Oscars. 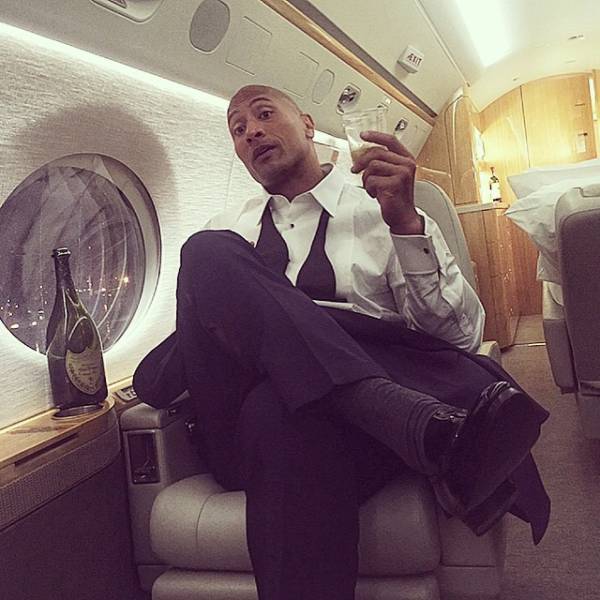 "The not $12 bottle of champagne post #Oscars flick of the wrist. Thank you Academy - phenomenal night. Seeing old buds and making some new ones. Landing in Miami in 3hrs then heading directly to #BALLERS set to be shooting by 7am."

Teach horses how to pose for a photo, because even animals can smell what The Rock’s cooking. 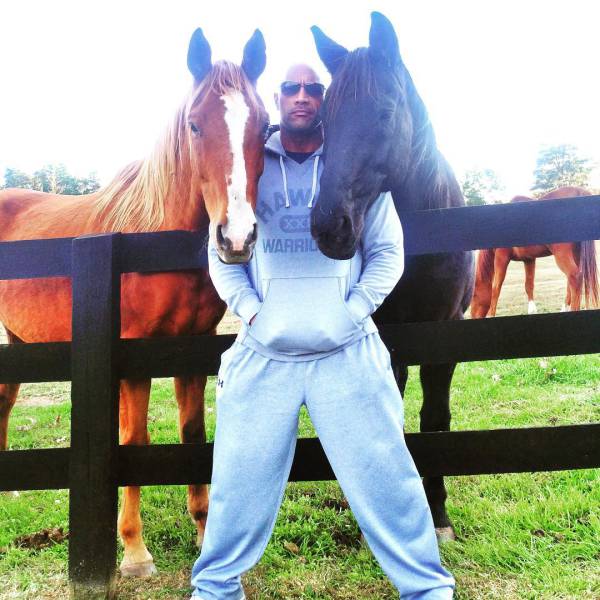 And show up at a children’s hospital and make a little girl’s day, because you’re The Rock, you’re a real-life living legend, and that’s just what you do. 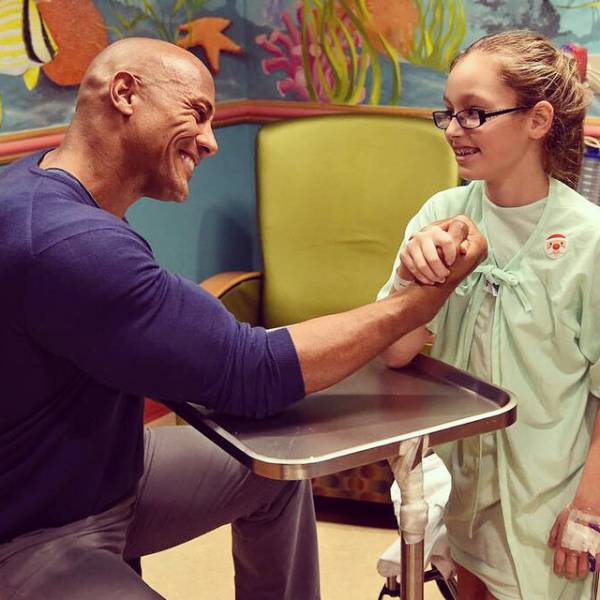