Reine, located in the Lofoten archipelago of Norway, is a small fishing village where you'll find stunning scenery, beaches, and incredible views of the Northern Lights. Activities include hiking, kayaking, and of course, fishing. 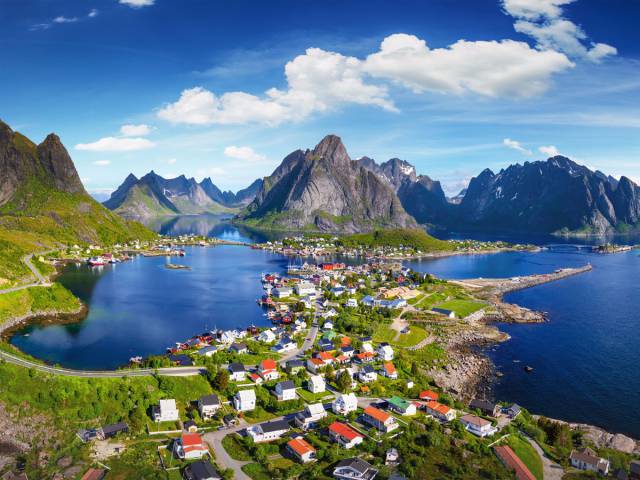 The Rainbow Village in Taiwan is the playful creation of Huang Yung-Fu, or "Grandpa Rainbow", as he has become known. Fu began painting designs across the walls and floors of the village when it came under threat of demolition. Today, it's a popular tourist attraction. 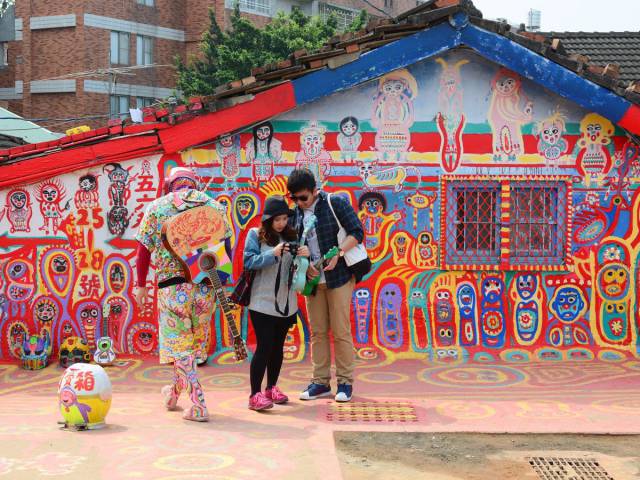 Nestled between the edge of the Hallstätter See lake and the towering Dachstein mountains is the tiny Austrian village of Hallstatt. Take a ferry ride across the lake to enjoy the village’s sheer beauty, learn about its rich mining history, or walk the Echerntal trail for impeccable views. 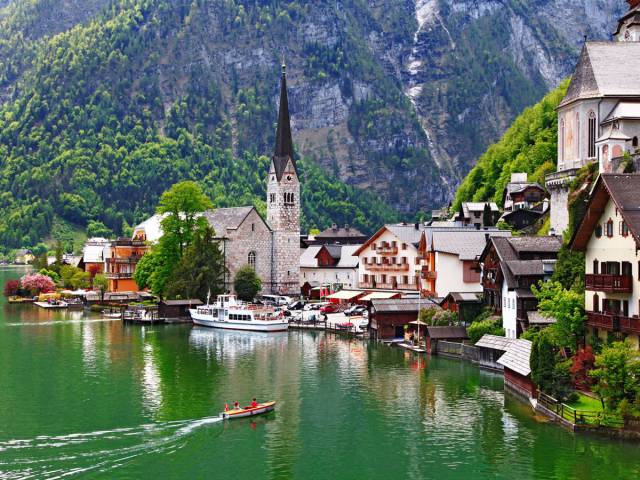 Malta's Popeye Village was originally created as a film set for the 1980 film "Popeye" before being repurposed into a theme park. The set was created using tree trunks brought in from Holland and nearly 2,000 gallons of paint. Today, visitors can enjoy boat rides, a winery, and water trampolines. 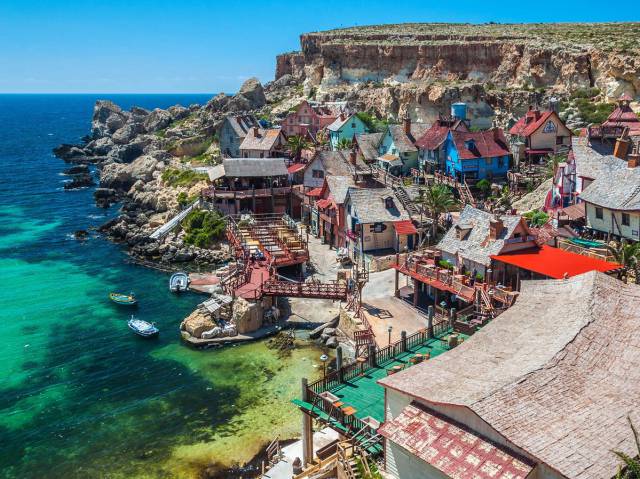 The charming mountain village of Wengen, Switzerland, is home to cozy timber houses and chalets where you can stay before trying out activities like paragliding, river rafting, or hiking along the area's stunning valleys and meadows. 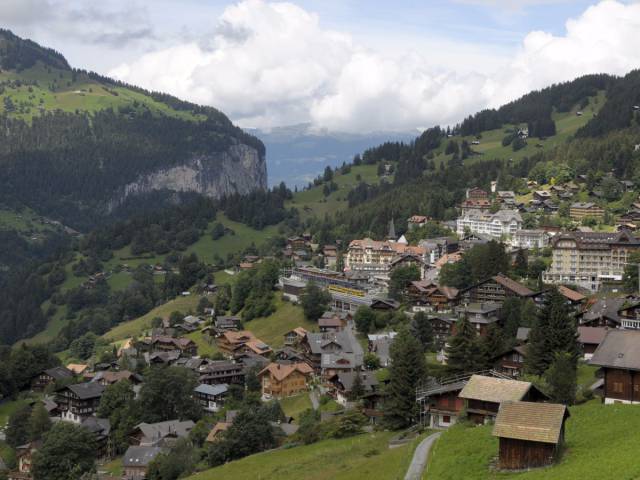 The Hahoe Folk Village is a UNESCO World Heritage Site located in the Gyeongsangbuk-do Province of South Korea. The area preserves the architecture of the Joseon period and is organized according to the guidelines of Korean feng shui. It is known for being built in the shape of a lotus flower. 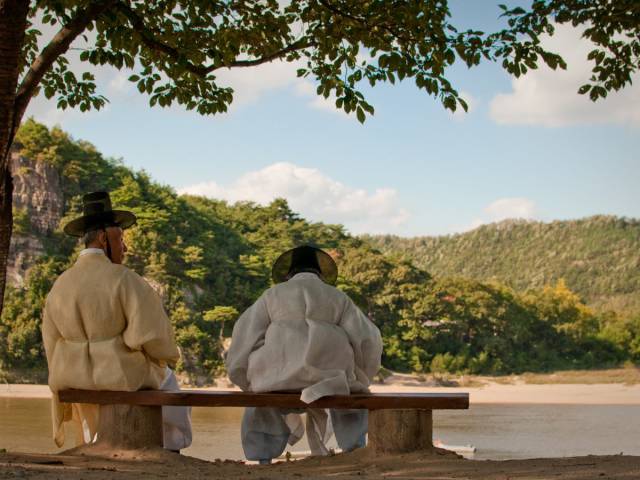 Nicknamed the "Dutch Venice", Giethoorn is a waterfront village in Holland. Located at the center of Overijssel's canal system, the quaint and picturesque village is home to more than 55 miles of canoe trails, by which houses, canal-side museums, and even restaurants can be accessed via boat. 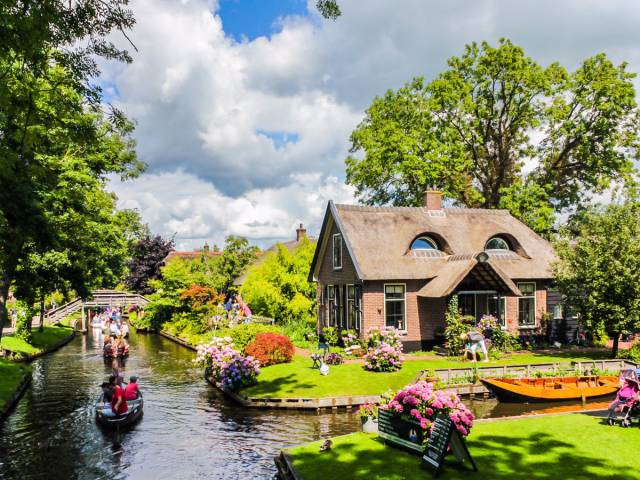 Júzcar is a small village located in the Valle del Genal in Andalusia, Spain. The entire village was painted blue back in 2011 for the "The Smurfs 3D" movie, and it has remained that way ever since. 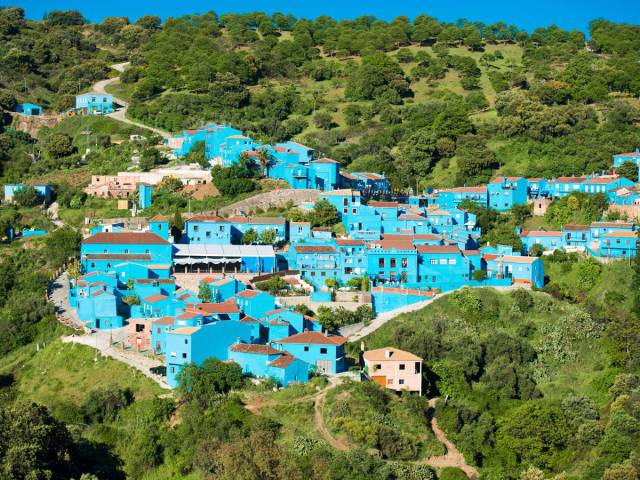 Kalk Bay is a popular seaside village in Cape Town, South Africa, where you can enjoy shopping and prime dining with plenty of fresh seafood. Along its main road, you'll find a variety of antique stores, coffee shops, galleries, and restaurants. 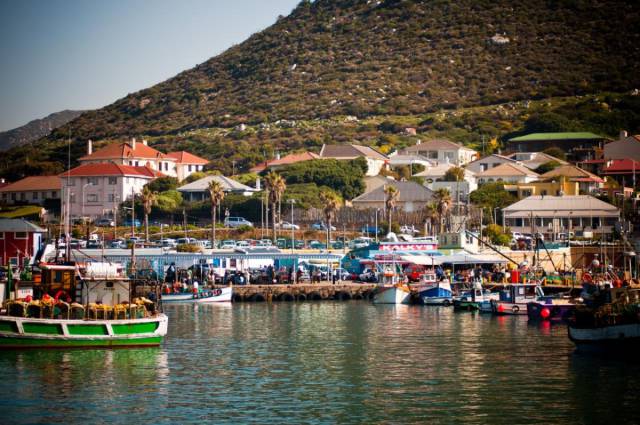 Bremm, located in Germany, is revered for its wine. Visit one its vineyards, explore the culinary treats that await, and enjoy activities like hiking, biking, or taking a boat trip across the river. 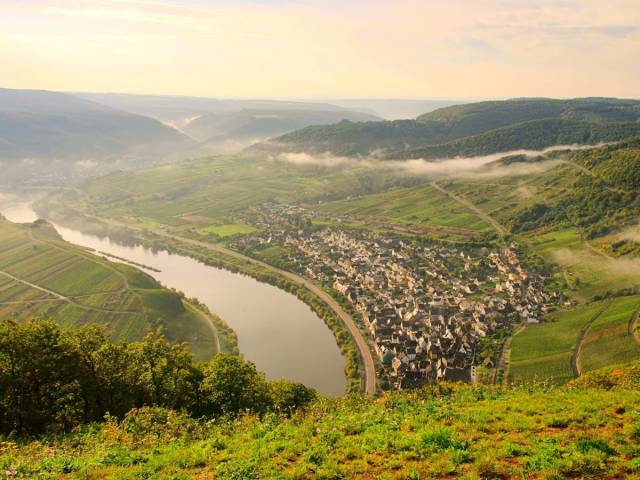 Head to the charming fishing village of Woods Hole on Cape Cod for some of the best waterfront restaurants on the Upper Cape. Not only does the village host attractions like an aquarium and the Woods Hole Oceanographic Institution, but it's also a favored jumping-off point to Martha's Vineyard. 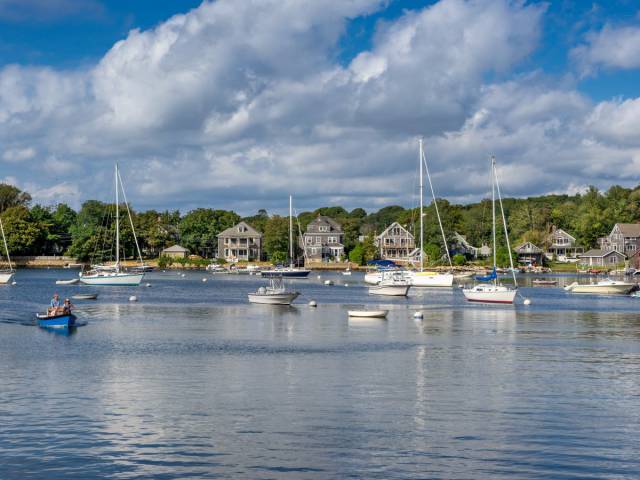 The village of Bourtange, located in the municipality of Vlagtwedde in the Netherlands, is famous for its star-shaped fort built in 1593 during the Eighty Years’ War. Today, the fort is an open-air museum you can visit before exploring the canals and medieval architecture of the village. 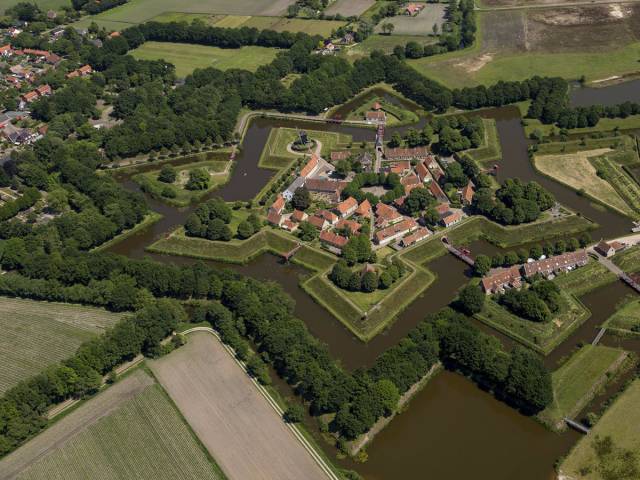 Built in the foothills of the Vaucluse Mountains in France, Gordes is a popular village thanks to its dramatic location and its reputation for being a destination for movie stars and artists. Explore its narrow cobblestone streets or head to the nearby Sénanque Abbey, where you can see honey, lavender essence, and liqueurs being produced. 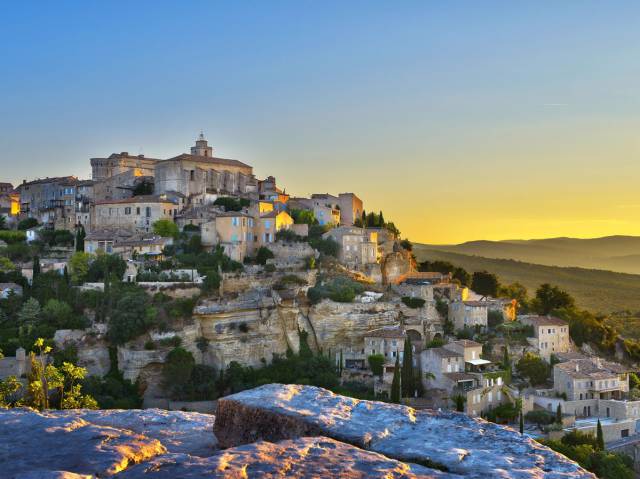 China's Xijang Miao Village is the largest Miao village in the country, often referred to as "the thousand household village". The village's setting includes a lush valley surrounded by overlapping mountains and terraced fields. 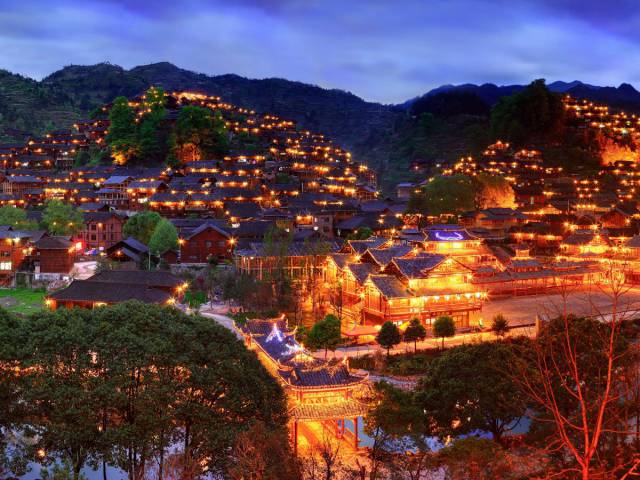 Monsanto, which sits off of a mountaintop overlooking Portugal's countryside in the Idanha-a-Nova municipality, is known for its architecture set among the area's massive boulders. Walk through its tiny streets and you'll come across homes with boulders coming out of their roofs or even fitted as doors. 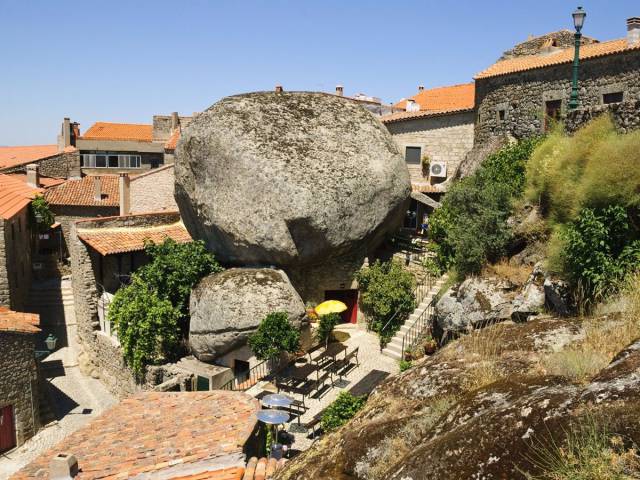 Bibury, located in Gloucestershire, England, is a scenic Cotswold village with honey-colored cottages. Thanks to its setting alongside the River Coln, it is often considered one of the most picturesque destinations in the Cotswolds. Hongcun, located in China's Yi County, has around 150 residences that date back to the Ming and Qing Dynasties. One of the biggest, the Chenzhi Hall, also contains a small museum where you can learn about the area's history. 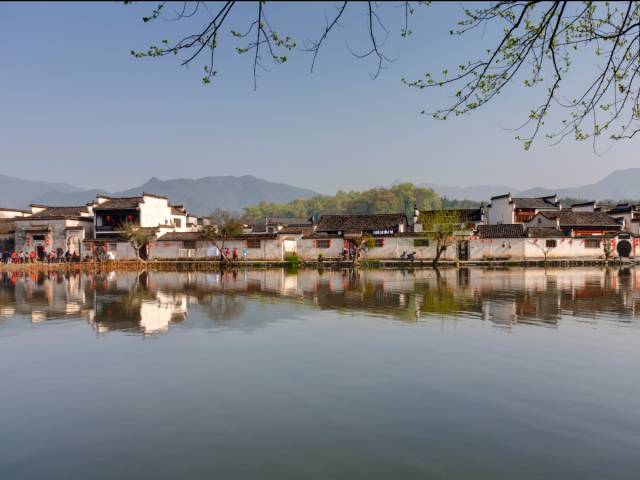 Located at the edge of a tall cliff overlooking the ocean in the Faroe Islands, the village of Gásadalur was immensely difficult to access until a tunnel was created back in 2004. Now, adventurers who come here can enjoy the unforgettable landscape it boasts. 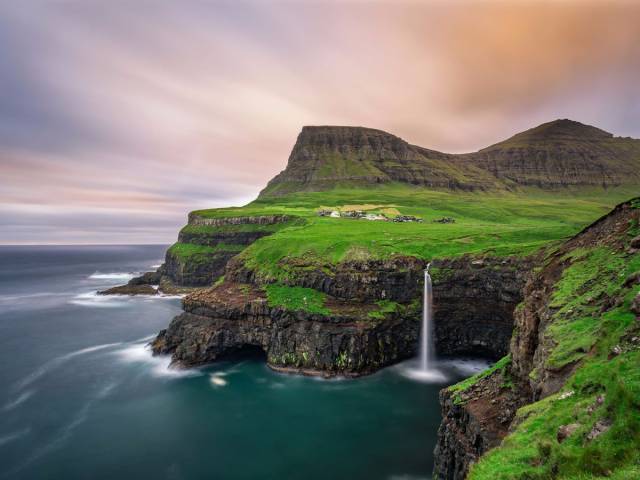 The Xidi Village is located in the Yi County of China and was declared a UNESCO World Heritage Site alongside the village of Hongcun. The village still maintains wooden residences from both the Ming and Qing dynasties, many of which are open to the public. 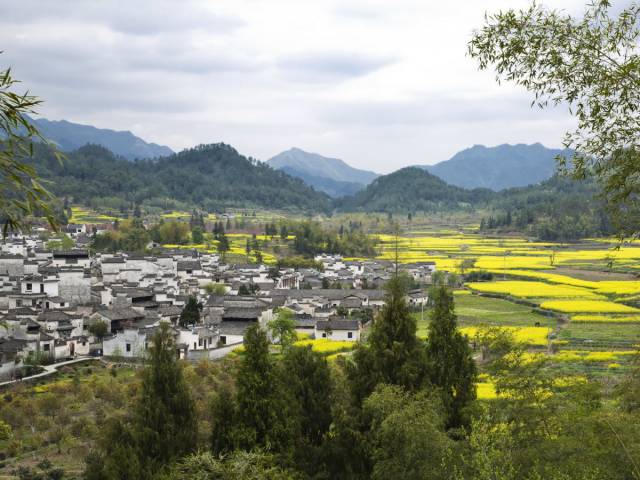