In 1979 Brazilian farmer Genésio Ferreira da Silva found a nugget of gold on his property. He hired a geologist to find out if there were more of these buried around. Shortly after, the word had spread and a gold rush started. 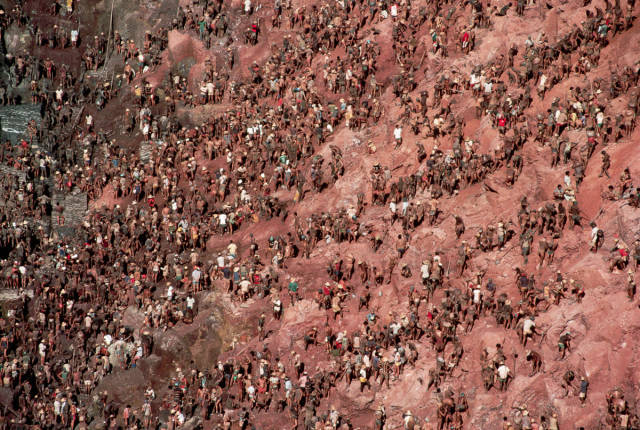 Five weeks later, there were 10,000 workers called garimpeiros on the farmer's property and another 12,000 nearby. Huge gold nuggets were quickly discovered, the biggest weighing nearly 6.8 kilograms (15 lb). This large gold mine was called Serra Pelada. 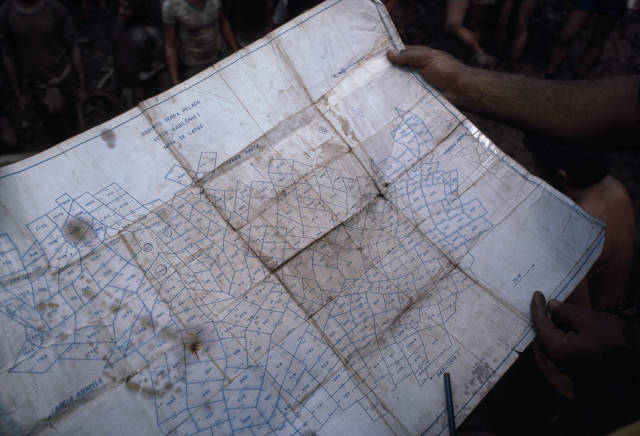 Mine surveyors consult a map of plots in the mine.

Since the site was a remote place and one could get there first by plane, then by taxi to the nearest town and from there by foot, workers could bring only materials carried in by hand to build some dwellings for them there. With an estimated 100,000 workers at its peak, a shanty town had sprung very quickly near the gold mine. Each miner had a claim 2 metres (6.6 ft) by 3 metres (9.8 ft). 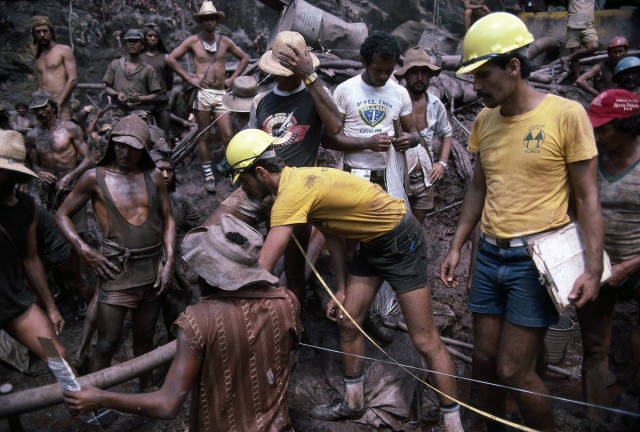 Mine surveyors measure off a single plot of two meters by three meters.

Around 60–80 unsolved murders occurred in the town every month. A flooding in 1986 forced miners to desert the site. About 44.5 tons of gold was extracted there and as much as 90% of that gold was smuggled and sold on black market. 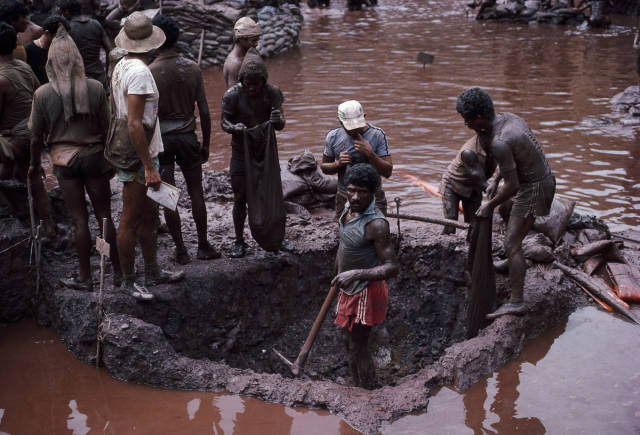 Garimpeiros dig ore from a plot at the bottom of the mine. 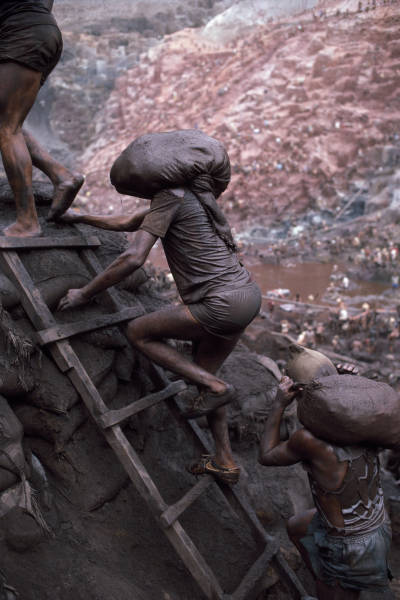 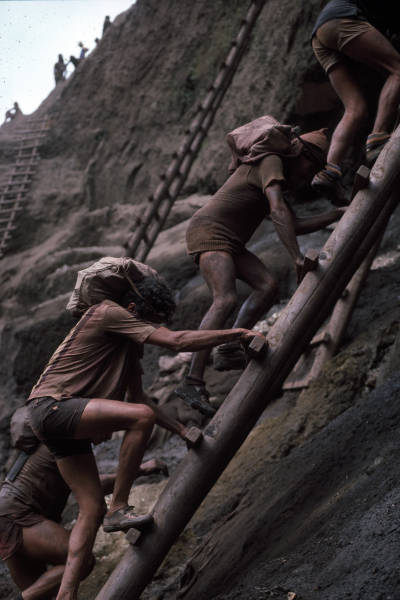 Workers carry out 40-pound bags of ore from the mine. 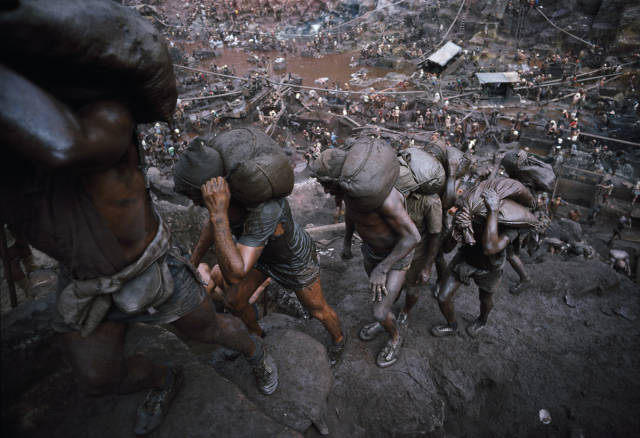 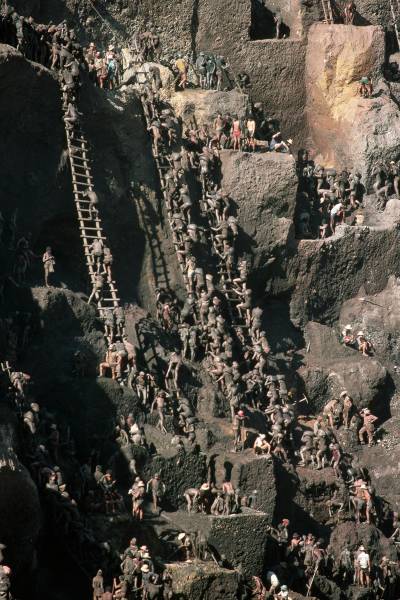 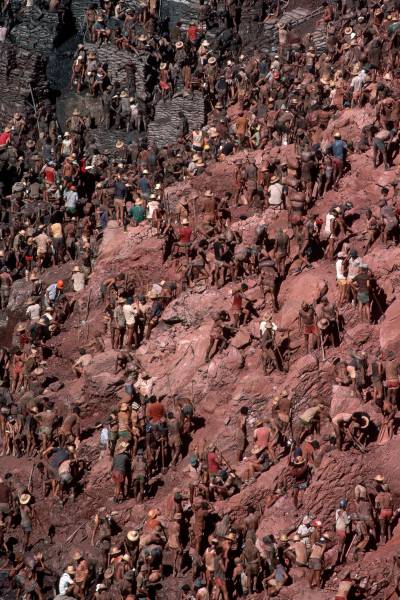 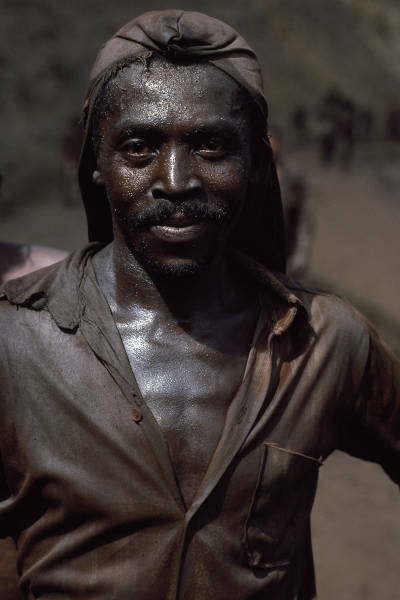 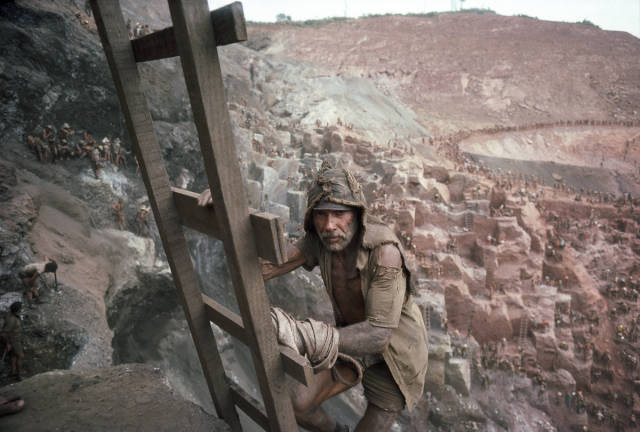 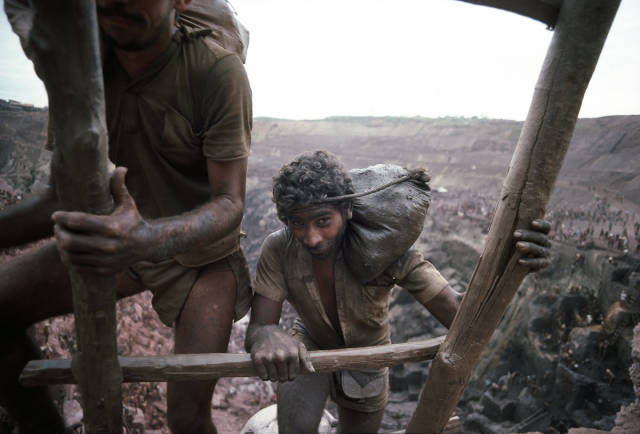 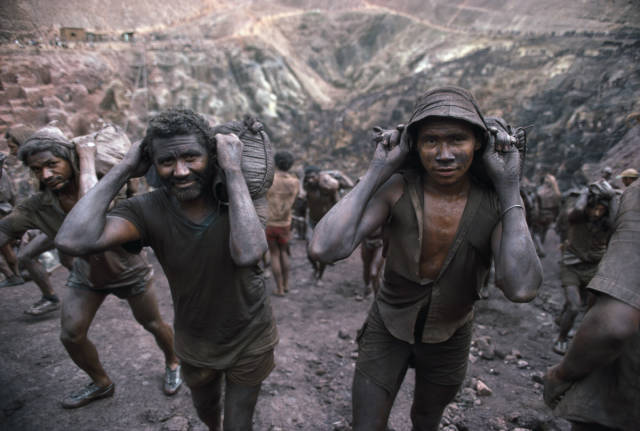 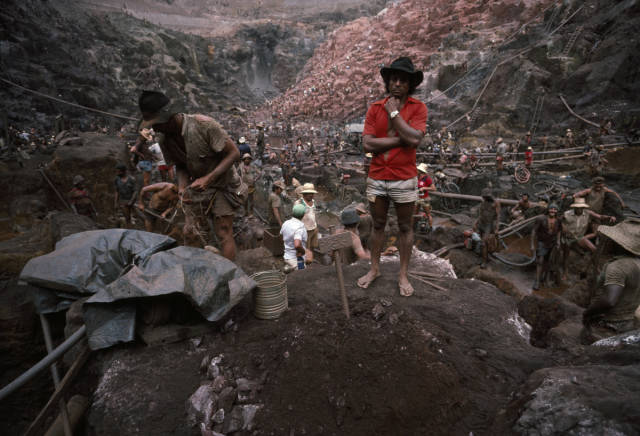 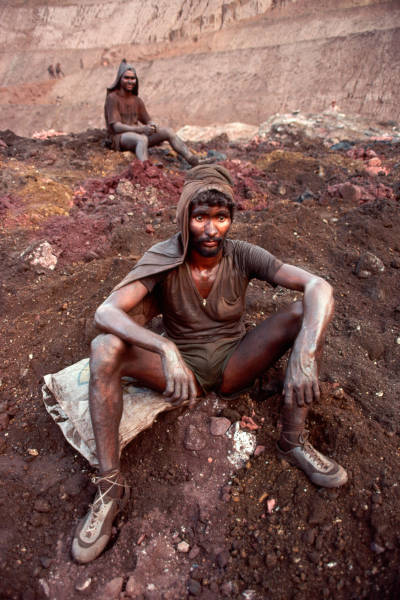 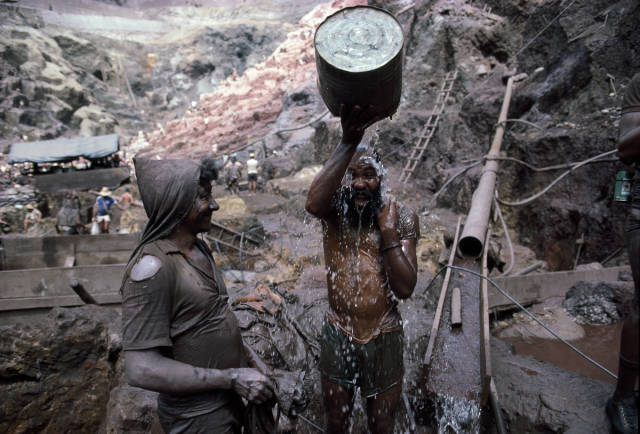 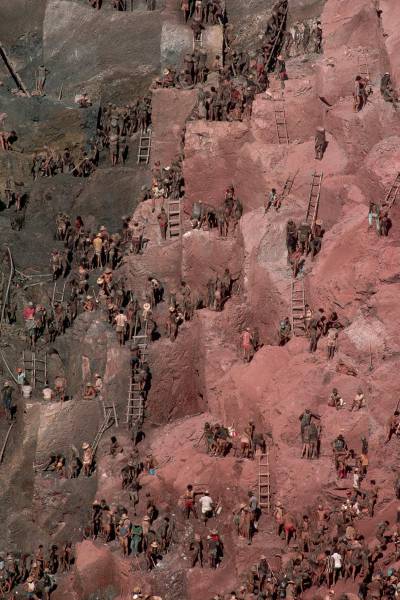 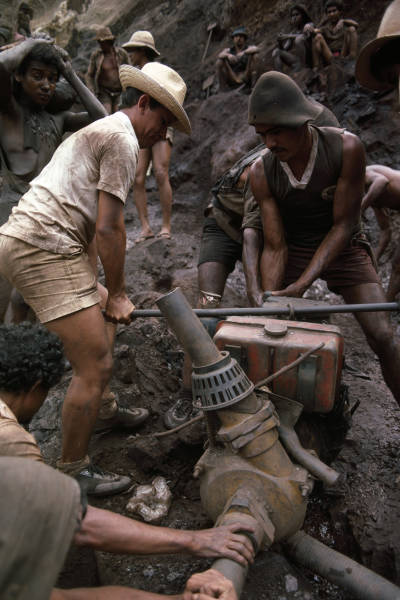 A paymaster distributes wages to garimpeiros, who are paid two to three U.S. dollars a day. 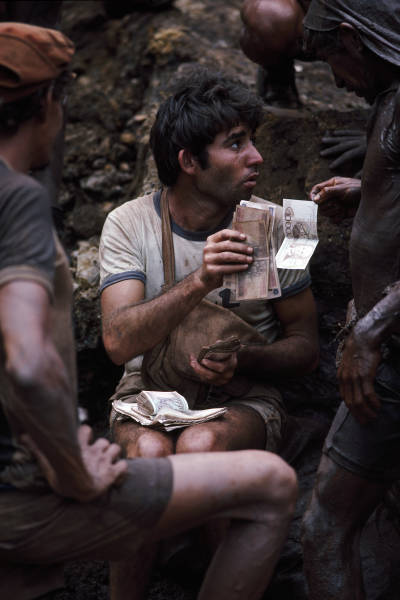 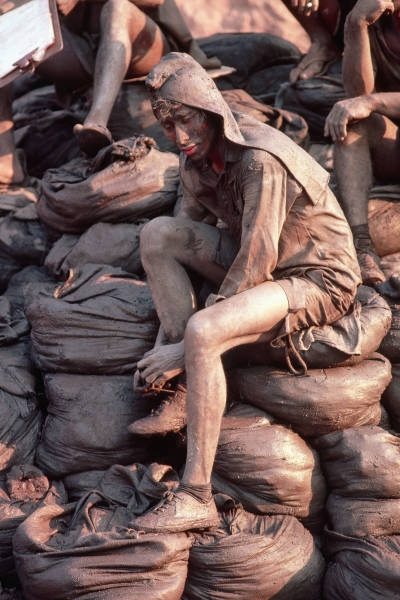 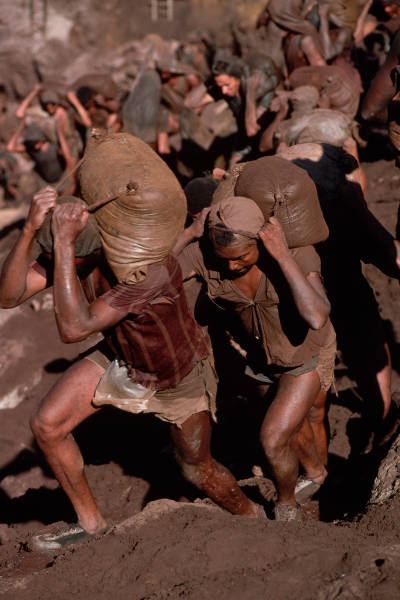 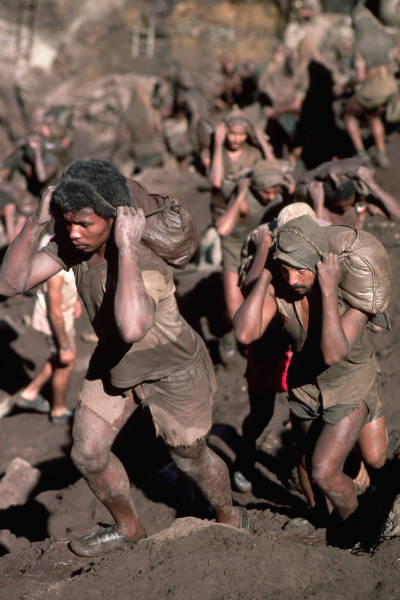 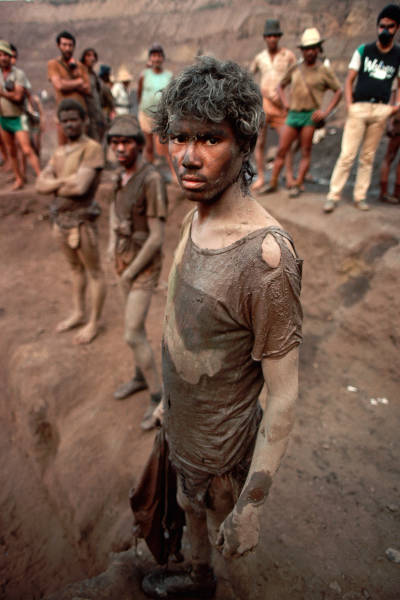