Instead of going to a fancy celebrity party for the season premiere, Maisie decided to make a big surprise to her fans who were having a viewing party. So, she just showed up at their front door. This is how Maisie describes it: 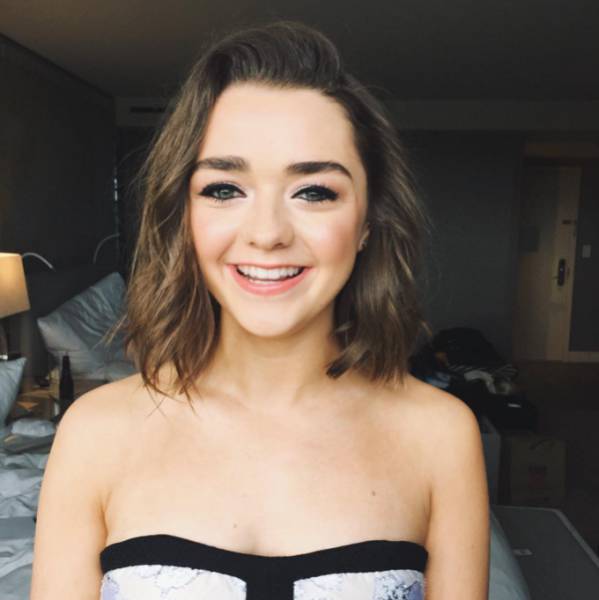 “This commences my photo story. Earlier today I put this out to everyone on Twitter…I wanted to find some unsuspecting fans and surprise them with drinks and snacks before the premiere episode tonight…” 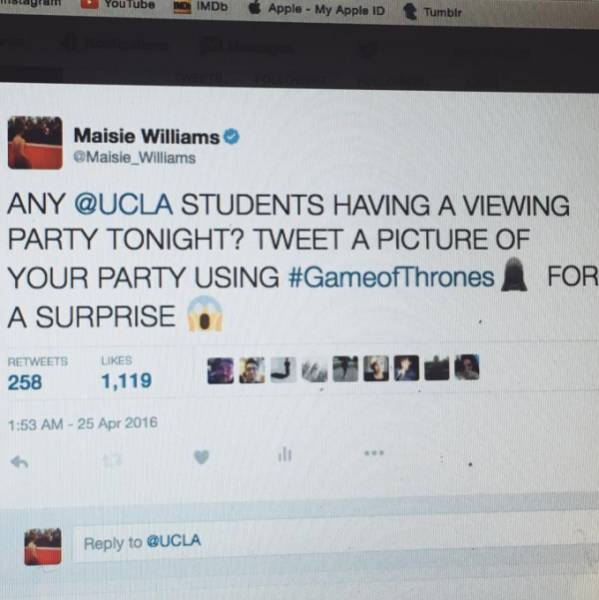 “I found a couple, Mark and Kate, film students, who were throwing a party at their apartment, with a few friends. So at 8pm we left the hotel to go get snacks.” 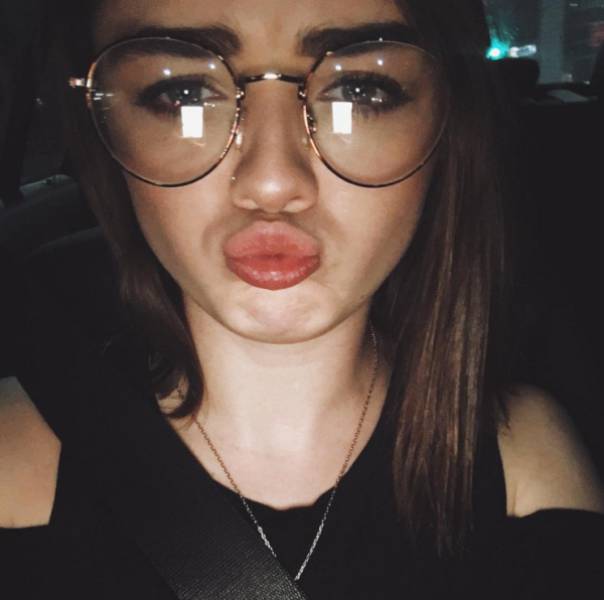 “We saw (on Twitter) that Mark and Kate had already made Game of Thrones themed snacks, and decorated their apartment, but who doesn’t love extra popcorn and crisps?” 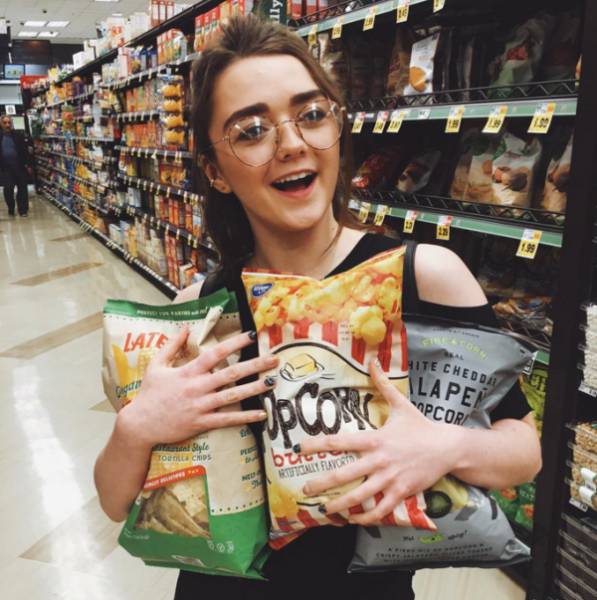 "SNACKS DONE. We were on our way to surprise our lovely fans!” 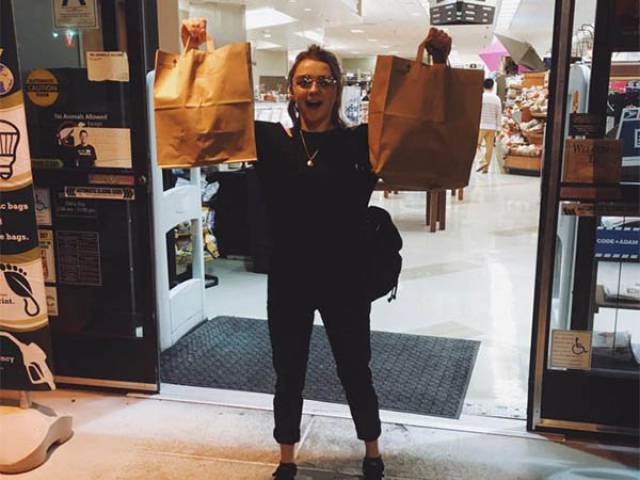 “We could hear the party inside so we had to be REALLY quiet!” 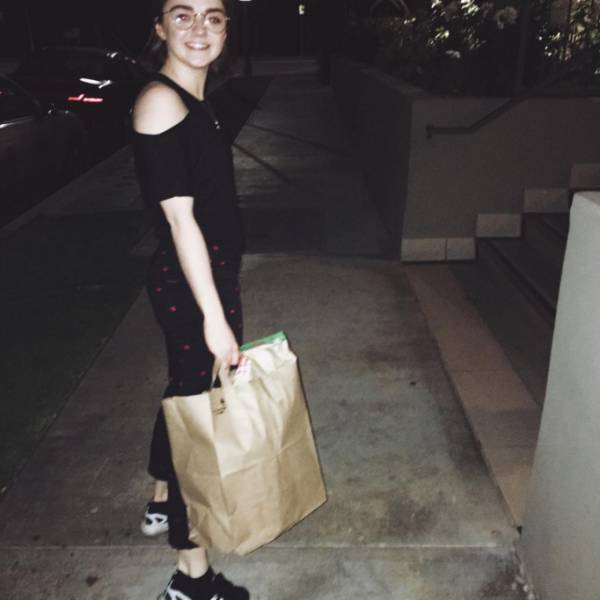 “Firstly, I met Mark. The buzzer was broken so Mark came down to let us in. After exhaling a “HOLY SHIT!”, we hugged it out and he helped us inside.” “Mark and I devised a cunning plan. He would enter first declaring that they had won the GoT swag (this was a ploy we made up to throw people off the scent) and I would follow after hoping and praying that everyone would actually recognise me.”

“My favourite part is how excited they sound to win the swag, little did they know, I was just around the corner…”

“They had the coolest Game of Thrones decorations, but this was my favourite. My money’s on dead, it seems I’m outnumbered.” 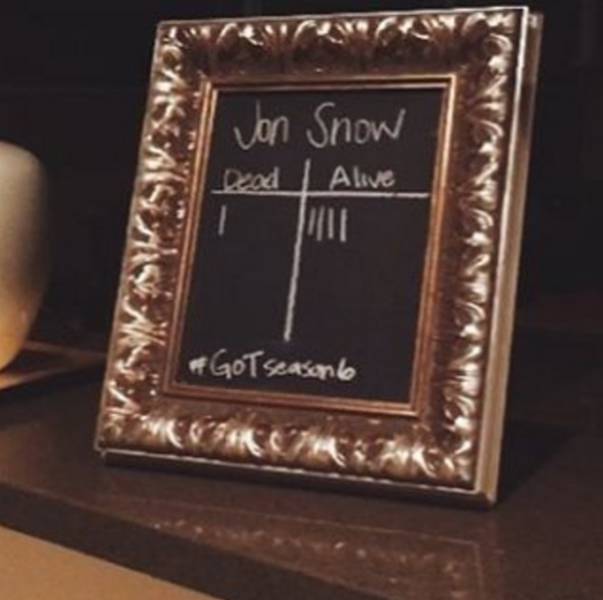 ” I went there to surprise them with snacks, but when I got there, I found myself trying one of every single snack they had made.” 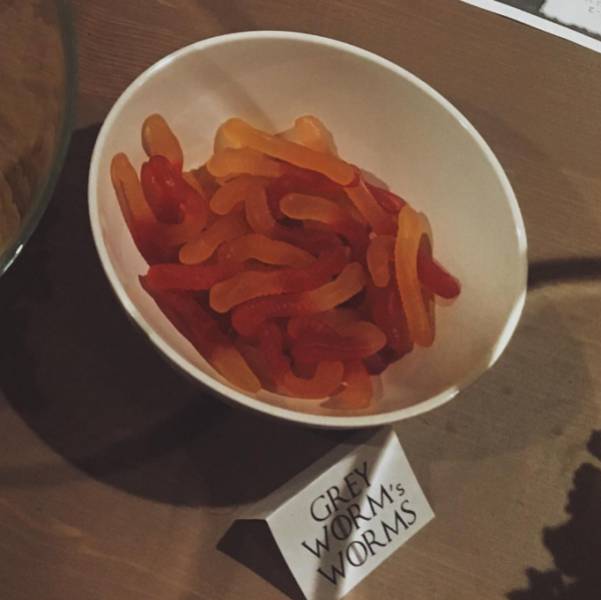 “They were catching up on the last episode of Season 5 when I went in, and we all giggled nervously as we took pictures during the famous “shame” scene. I had the most amazing time, everyone was so welcoming and excited…Thanks to Mark, Kate and company for having us in your lovely flat. Enjoy the rest of Season 6.” “Ps. Thanks for the dragon egg cookies, they were THA BOMB” 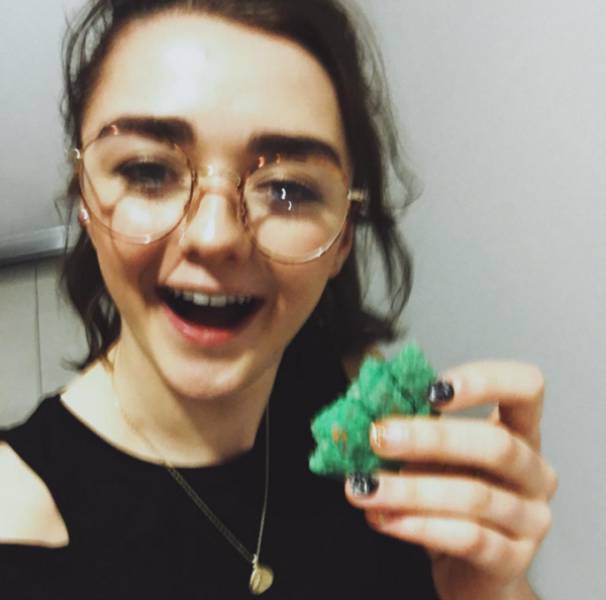 Good job, Maisie… Now we all feel even worse for Arya about the whole blind thing.