The Door to Hell is a gas fire in Turkmenistan that was ignited by scientists in 1971 and never stopped burning. That’s 45 years, in case you didn’t do the math. 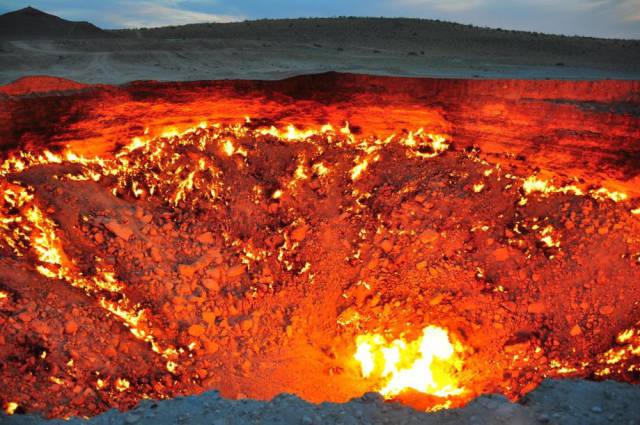 Huge flocks of up to 50,000 starlings form The Black Sun form in areas of the UK right before sundown in mid-winter. They’re also called murmurations. 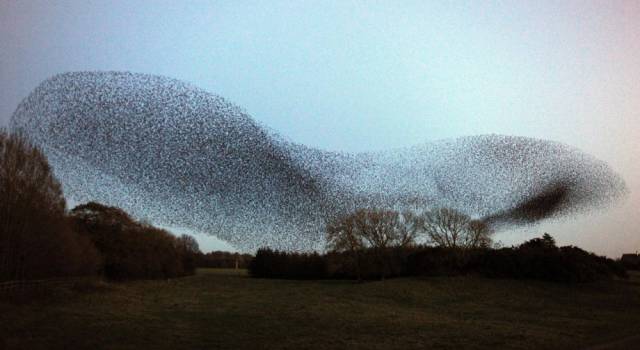 Running through the island of Mindanao in the Philippines, the Enchanted River is a beautiful natural mystery. Why? Because no one really knows where it comes from. 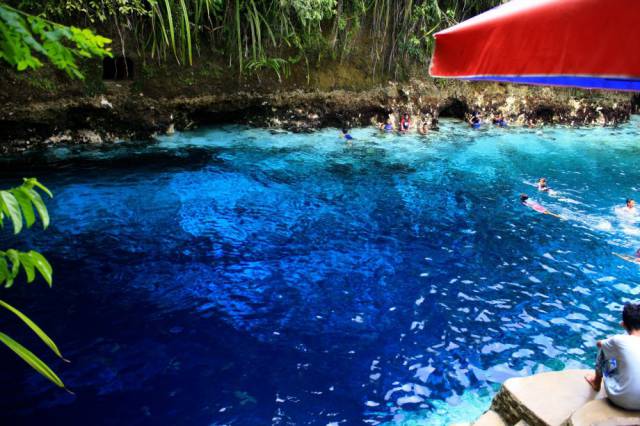 Tanzania’s Lake Natron is a salt lake fed by mineral-rich hot springs that is the only regular breeding area in East Africa for the 2.5 million flamingos who live there. 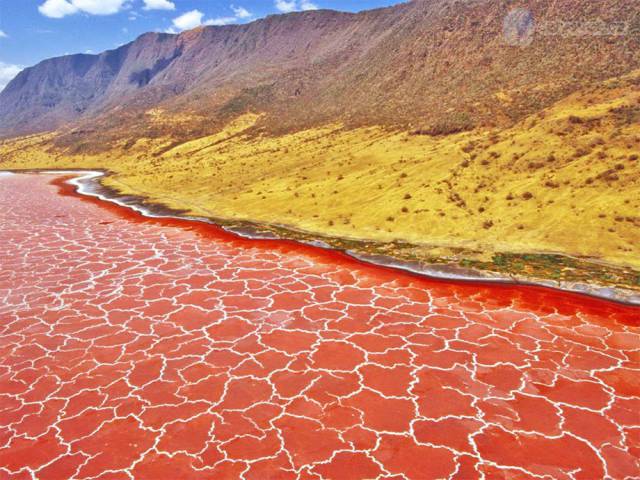 Tidal bores on the Amazon in Brazil and the Severn in England are a phenomenon in which the leading edge of the incoming tide forms a wave of water that travels up a river against the flow. 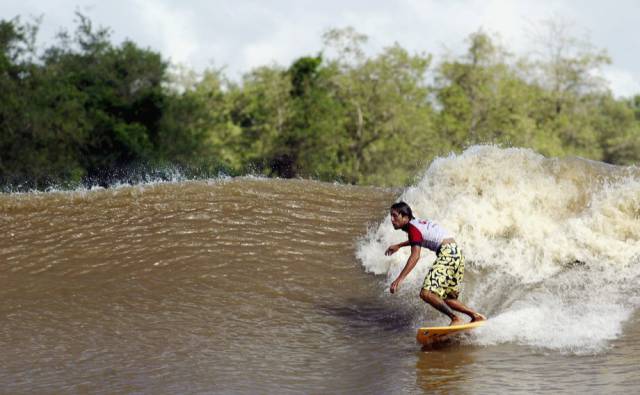 Lenticular clouds are stationary lens-shaped clouds that form in the troposphere, and because of their shape have been offered as an explanation for UFO sightings. 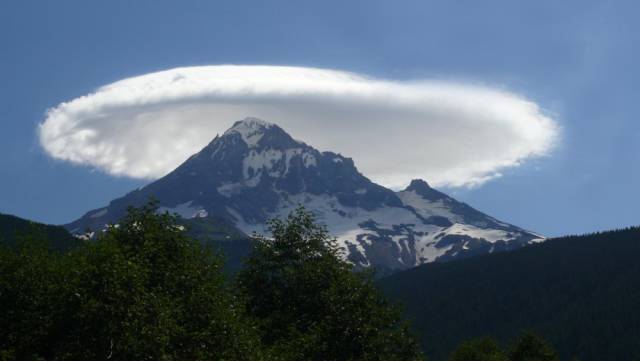 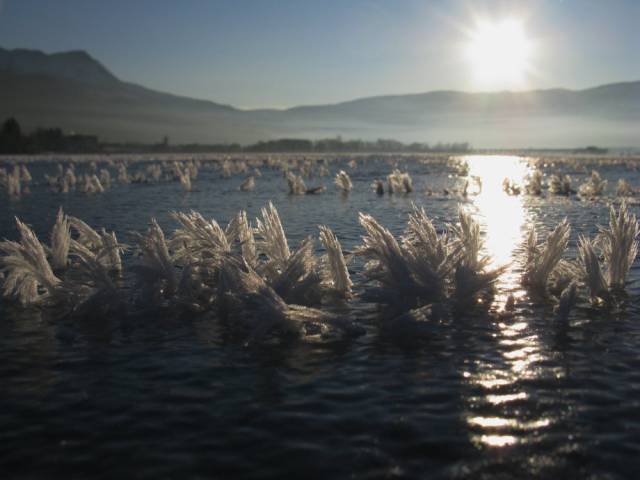 A little over 30 miles in diameter, the Richat Structure, also known as the Eye of Africa, is a circular geological formation located in the middle of the Sahara Desert. No one really knows how the shape came to be, but there are several theories that range from an asteroid impact to natural erosion. 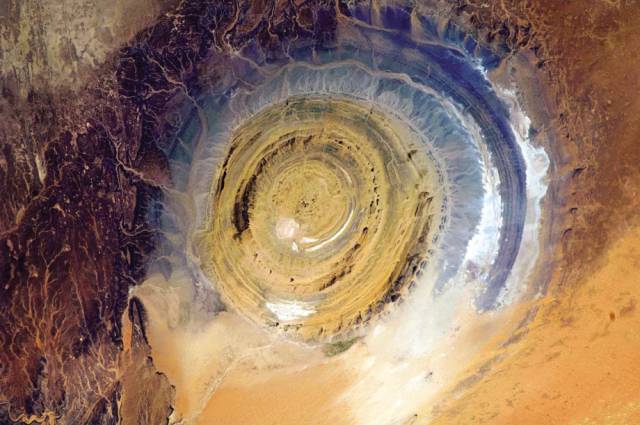 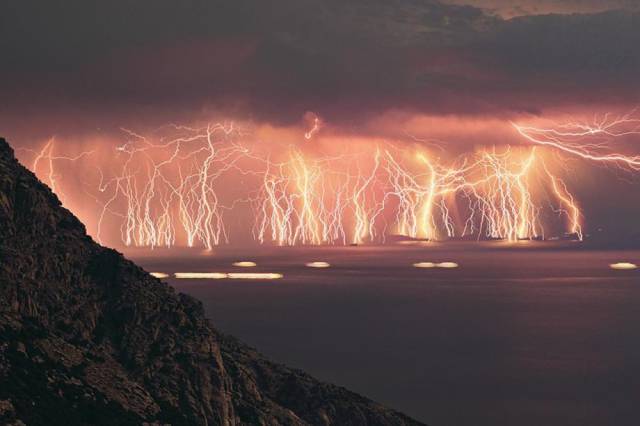 Underwater crop circles in the oceans off the coast of Japan may look like they came from aliens, but they’re actually created by a male pufferfish when he tries to woo a female. 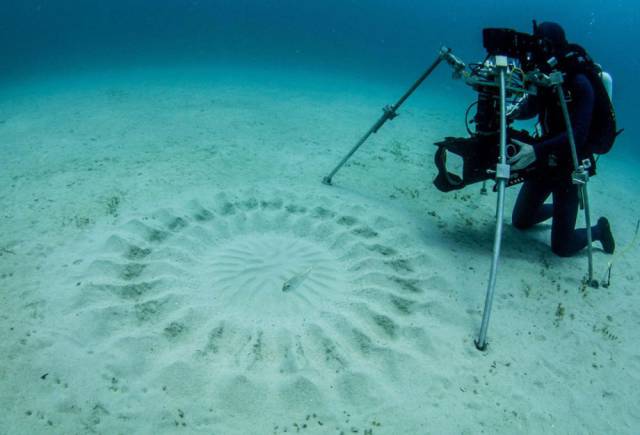 Undulatus asperatus, aka “roughened or agitated waves” has been proposed as a separate cloud classification by the founder of the Cloud Appreciation Society. It would be the first new type of cloud recognized since 1951. 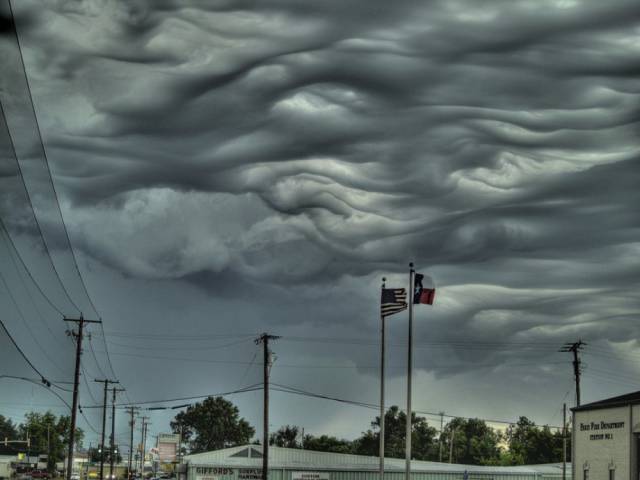 The Flowering Desert occurs in the Atacama Desert, Chile when rainfall is unusually high. Normally the region gets less than 12 mm of rain each year. 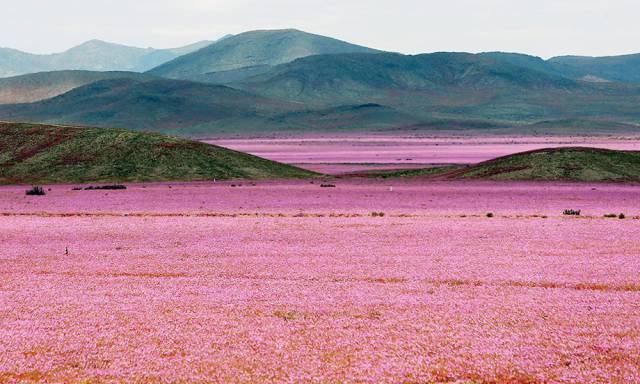 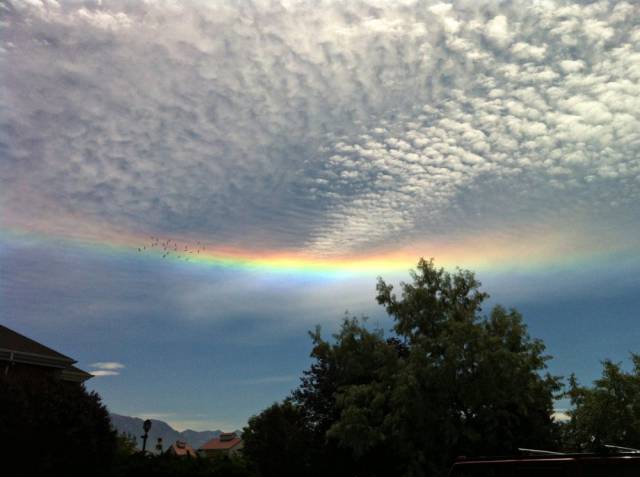 In Death Valley, USA, Sailing stones are a geological phenomenon where rocks move and inscribe long tracks along a smooth valley floor without human or animal intervention. 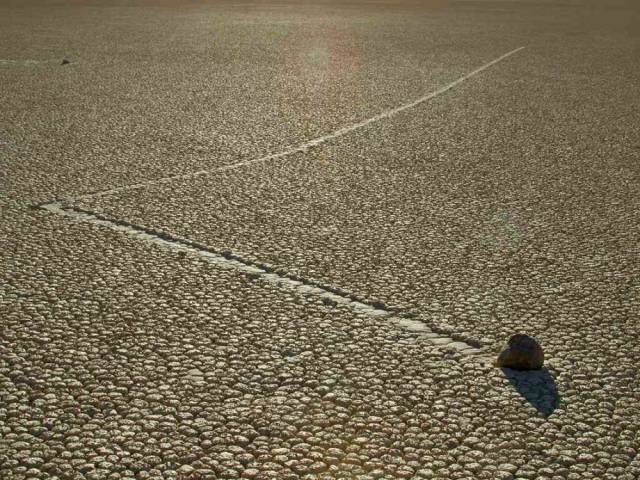 There are several naturally occurring flames around the world, most of which are kept lit by natural gases. However, that’s not the case for Eternal Flames Falls in Chestnut Ridge Park, New York. The rocks surrounding the flame don’t produce any gas, so scientists are unsure how it continues to burn. The fire is said to have been lit by Native Americans THOUSANDS of years ago. 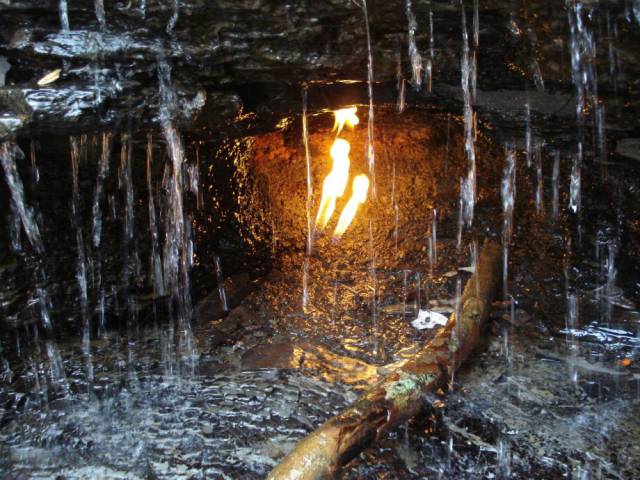 Namibia’s mysterious Fairy Circles are one of nature’s greatest mysteries, and local legend says they are the footsteps of the gods. 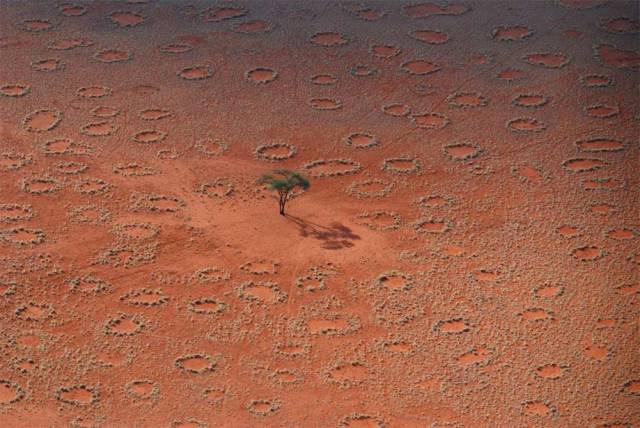 40,000 interlocking basalt columns in Northern Ireland make up the Giant’s Causeway, the result of an ancient volcanic eruption. 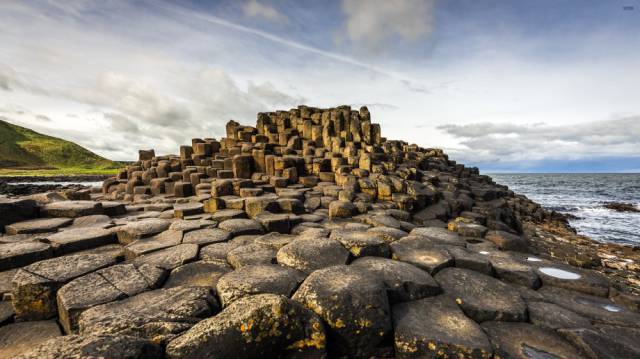 The Great Blue Hole off the coast of Belize is almost 1,000 feet across and over 400 feet deep. 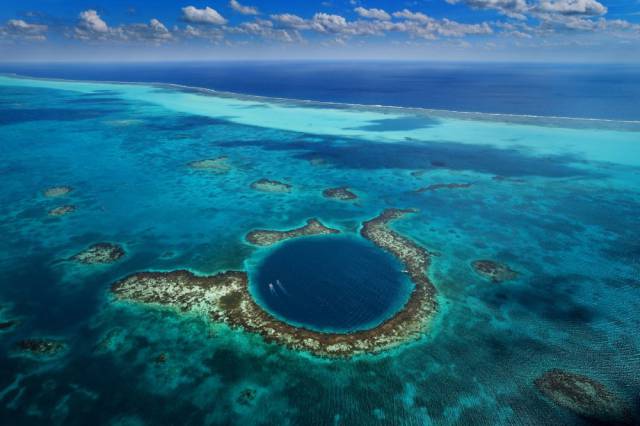 Spherical boulders in New Zealand are exhumed from the mudstone enclosing them by coastal erosion. 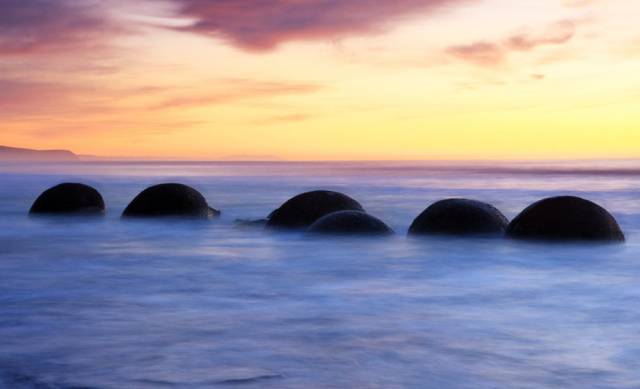 Each year an estimated 43 million land crabs migrate to lay their eggs in the ocean. Authorities close most of the island’s roads during this time, which takes at least a week. 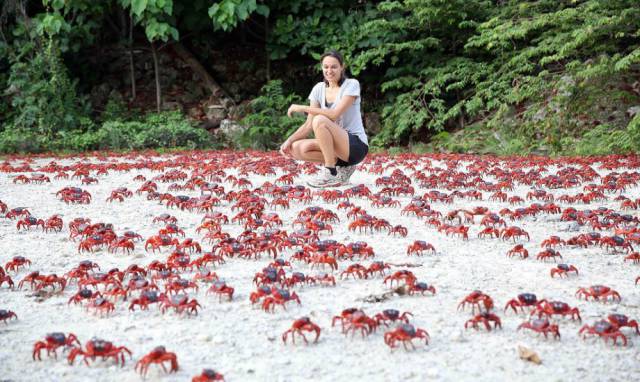