The North Korean Special Operation Force (NKSO) attempted to assissinate the South Korean president in 1968 and attempted to burrow their way into South Korea. They are highly trained despite their public failures. 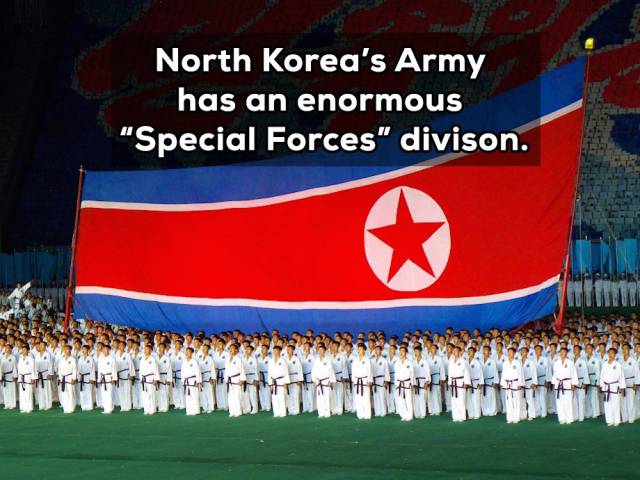 For every 1,000 citizens there are 48 soldiers. That is 10 times as many as in the United States and far and above the highest rate in the world. 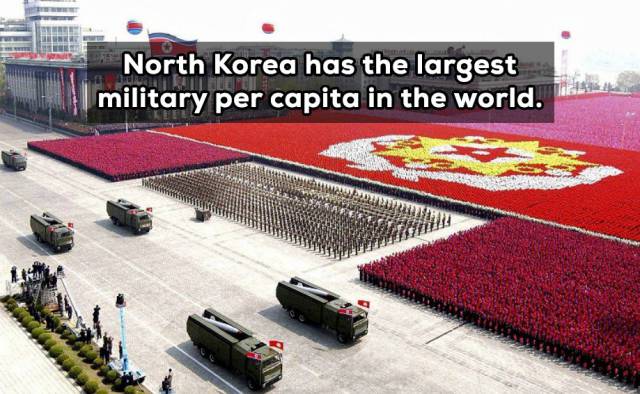 Known as Bureau 212, North Korean cyber division has stations all over the world or were infamously responsible for the SonyFilms leaks of 2014; surrounding the controversy of the film The Interview 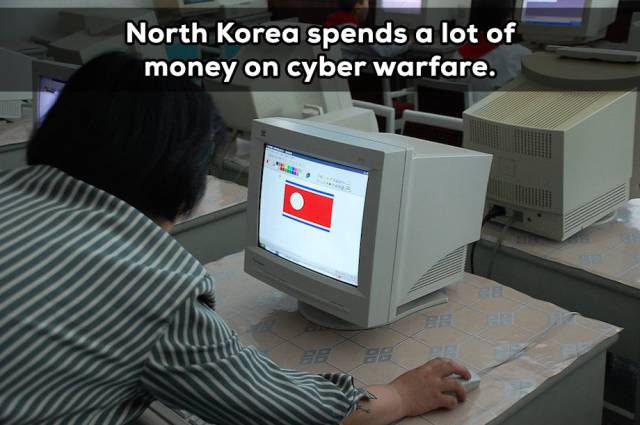 It is estimated that North Korea has collected some 4,100 tanks, 6,500 artillery guns, 2,500 rocket launchers and over 1,000 aircrafts, but you can sleep well at night. Most of the aircraft are grounded because of fuel supply constraints and the tanks and guns have not been properly maintained and would break down in prolonged combat conditions. 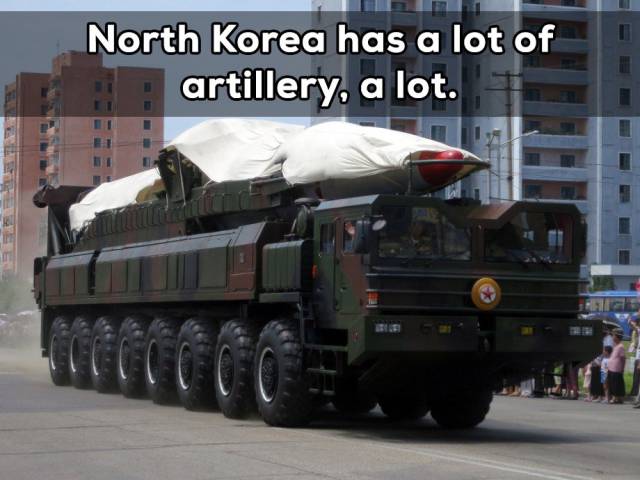 OPLAN 5027 is a strategy developed with South Korea on how to repel an invasion of the South. It is revised on a daily basis to account for changes in the North’s capabilities. 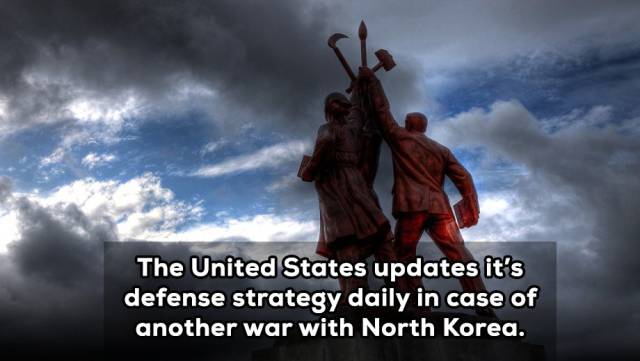 North Korea has a peasant militia boasting 1.5 million partially trained reservists. Nearly every adult man has partial military training and can be drafted at any time. 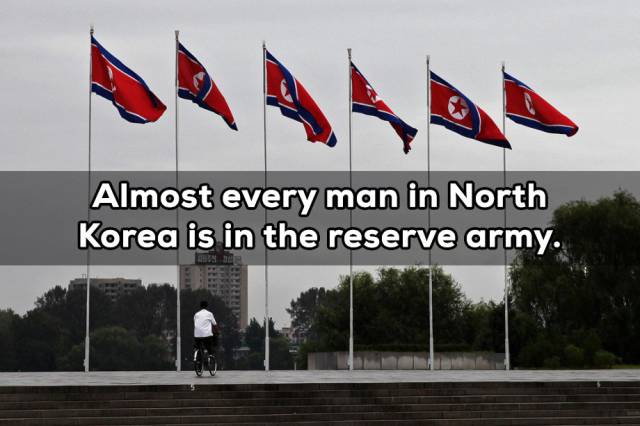 They have a policy of “Songun” requires military spending to exceed all other aspects of government. No one knows what the exact percentage is but estimates have ranged from as high as 38% of the total budget to as low as 15.8%. 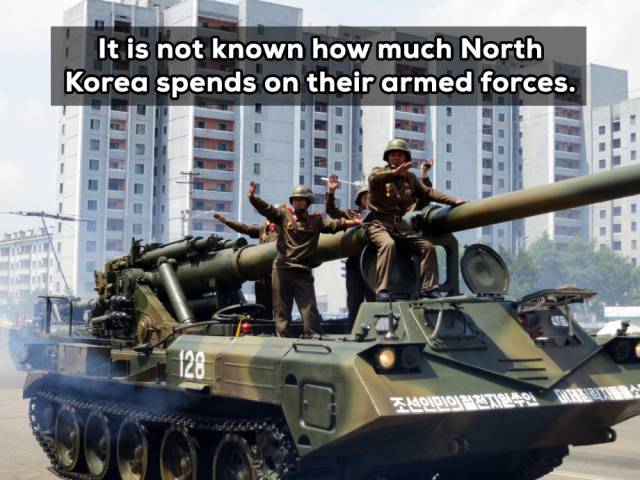 The Young Red Guards is youth training initiative created in the 1970’s. It is meant as a precursor training for military service at 18. 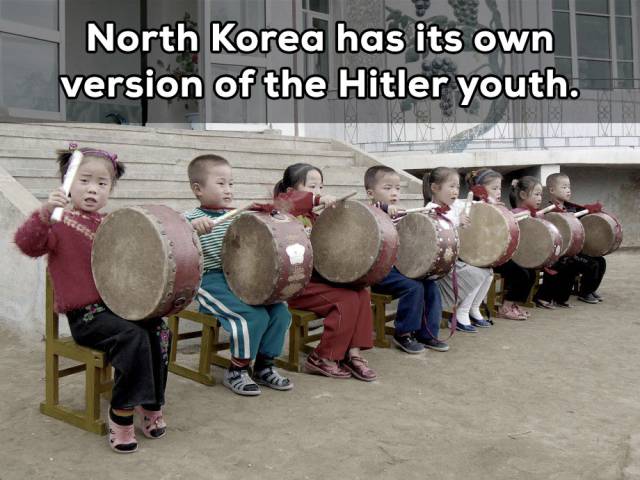 One of the sillier threats made by North Korea, in 2013 a photo was release showing lines of soldiers strapped to backpacks with the international symbol for radiation attached.

The takeaway being that these men had nuclear weapons strapped to them and we ready to go out into the world and attack. Though it is not believed that North Korea has atomic weapons capable of fitting into a backpack, these were probably just for show and to create the reaction that it did. 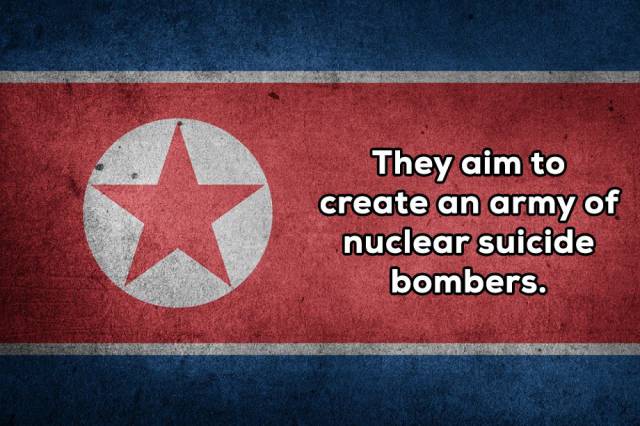 There have been 4 confirmed nuclear detonations in North Korea and two more suspected but no one knows how large the arsenal of nukes is within their borders. 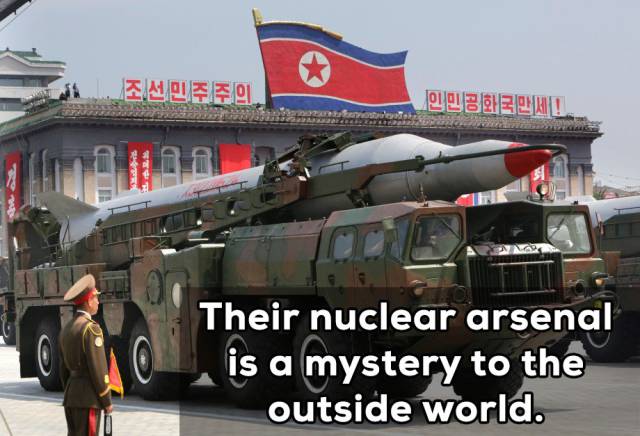 North Korea has claimed publicly that they have enough artillery pieces pointed at the South to turn Seoul into rubble.

While it’s true that South Korea would have no initial defense to an attack it is entirely implausible that the city would be pounded into gravel before South Korea retaliated and took out the guns. It is also estimated that due to improper care, 1/4 of the shells fired at Seoul would not detonate upon impact. 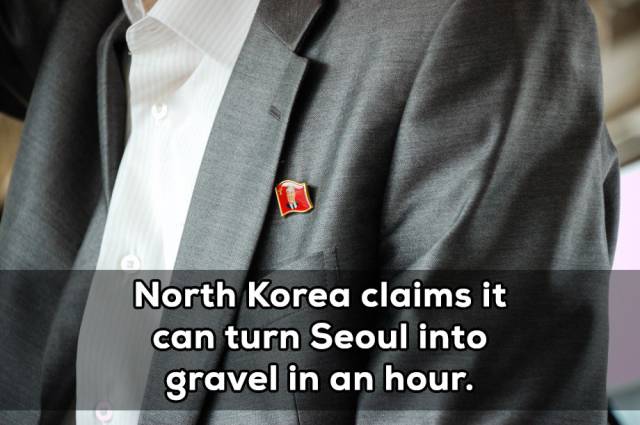 18-year-old girls must serve a 10 year service in the military. Until recently service began at 13, but low birth rates among the population pushed way for an age increase.

These are front-line combat roles too, not office jobs. 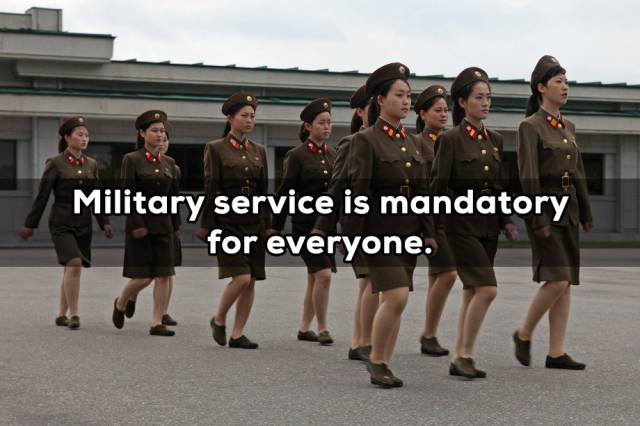 According to sushi chef Kenji Fujimoto, Kim Jong-un will order missile launches whenever he is upset about sanctions or false accusations made by the west. 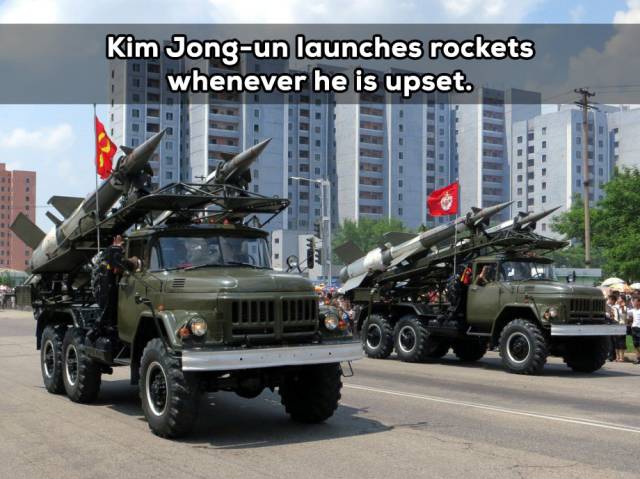 Before being banned by the UN China produced and sold about two dozen ZM-87 “Blinding” laser weapons. North Korea still has them. 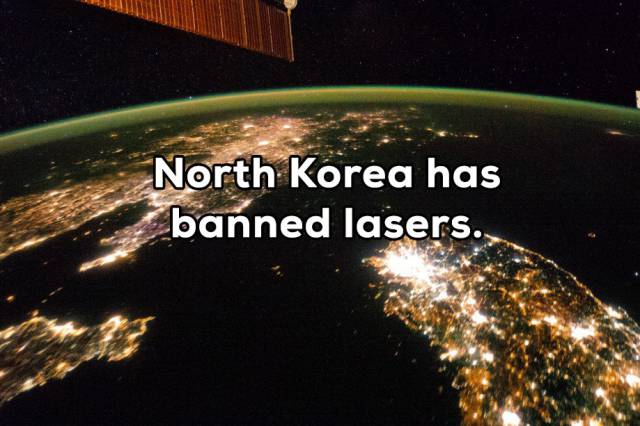 North Korea has a large chemical weapons program but it is completely unknown how many ready weapons they have. 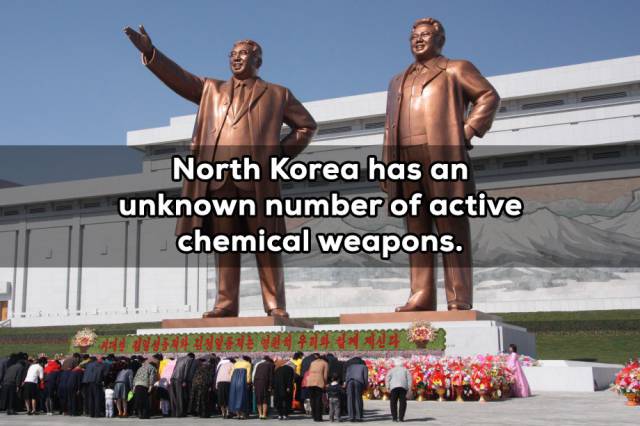 Fortunately for the western world, North Korea’s sub fleet is made up of small patrol subs and outdated 1950’s era Soviet tech, but technically they do outnumber American made subs. 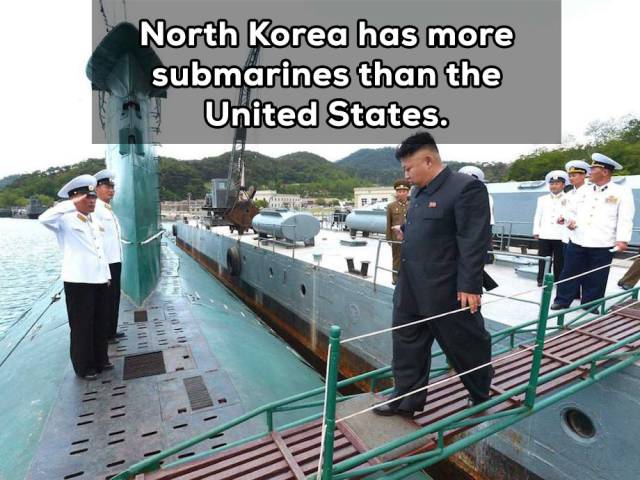