After Amazon bought an old hotel in Seattle, they announced that they would turn it into a temporary shelter for the homeless until spring 2017. After that they would start a construction there to turn it into part of their expanding campus. Amazon teamed up with a local nonprofit organization Mary's Place and the Seattle's mayor office to run the place.

The building is a former Travelodge hotel in the South Lake Union neighborhood of Seattle, near Amazon's headquarters. 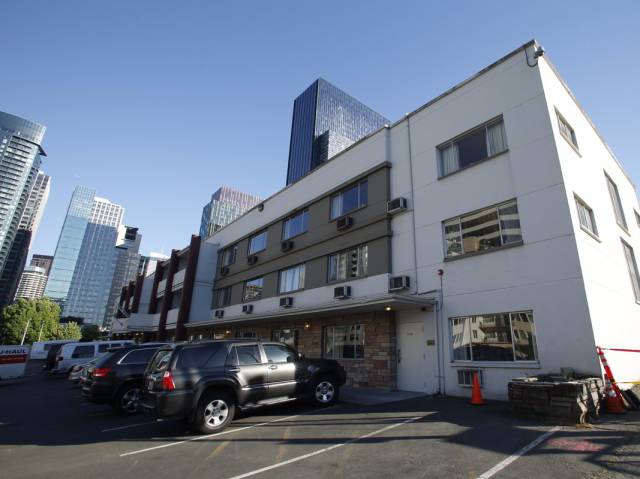 Amazon took care of all the interior improvements, but it reached out to a local nonprofit called Mary's Place to run the facility. Amazon CEO Jeff Bezos also donated $1 million to Mary's Place as part of the project. 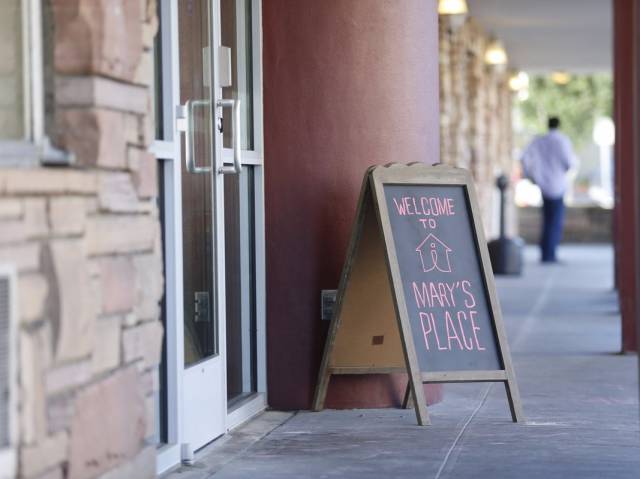 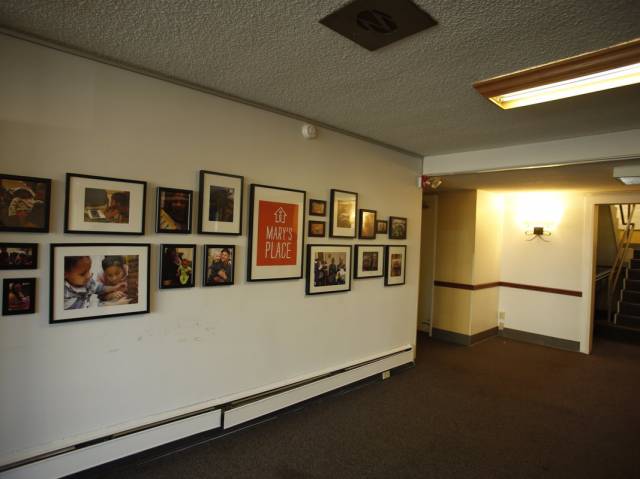 Currently, it houses about 100 people, but it expects to be full by the end of May. A homeless family in King County can call 211 to join the shelter. Each room comes with a bathroom and shower. 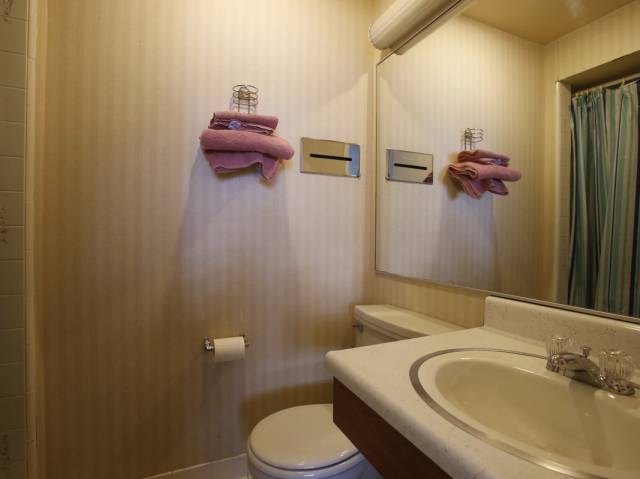 The shelter offers free breakfast and dinner, too. 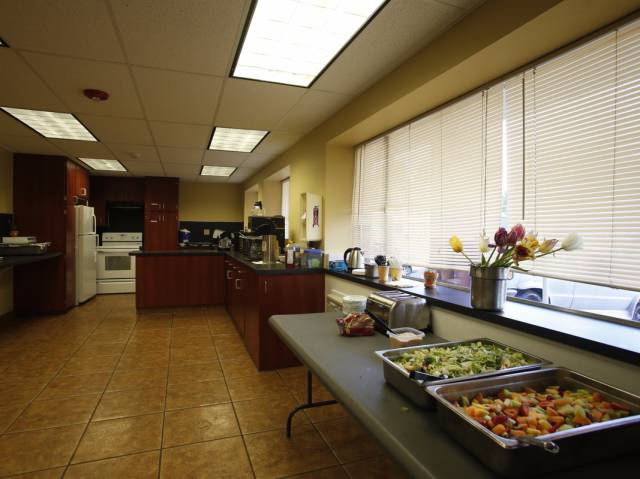 Families can stay until construction starts in the spring of 2017 — as long as they're working on their housing goals. 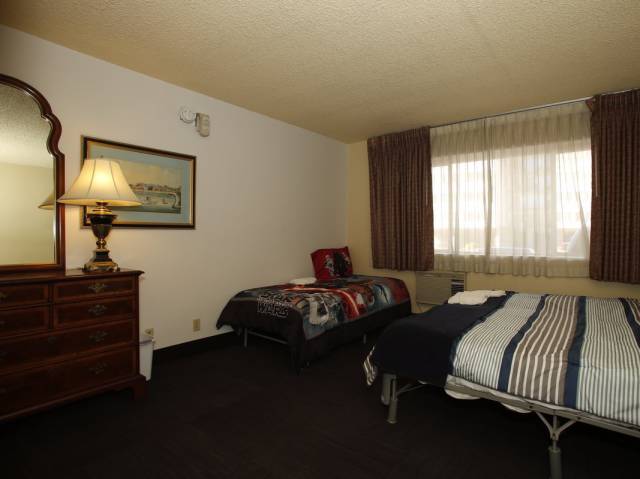 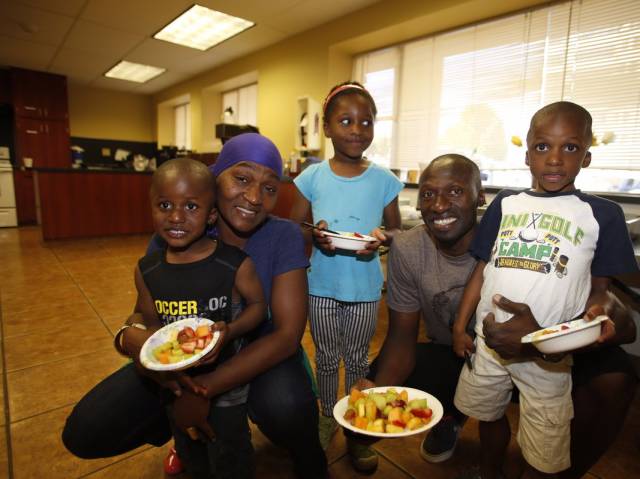 They also need to establish weekly goals to ensure they're working toward financial stability. "Families are held accountable to being fully involved in the process," a representative from Mary's Place told us. 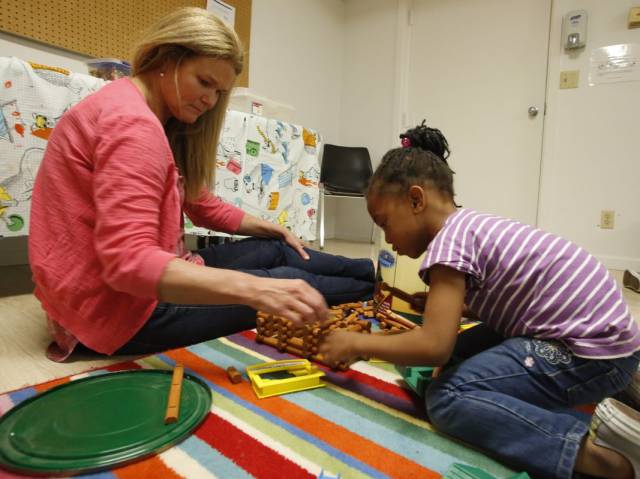 Each shelter guest also has to work a minimum of three hours a week, which lets them earn points that can be used towards buying items from the shelter's store. 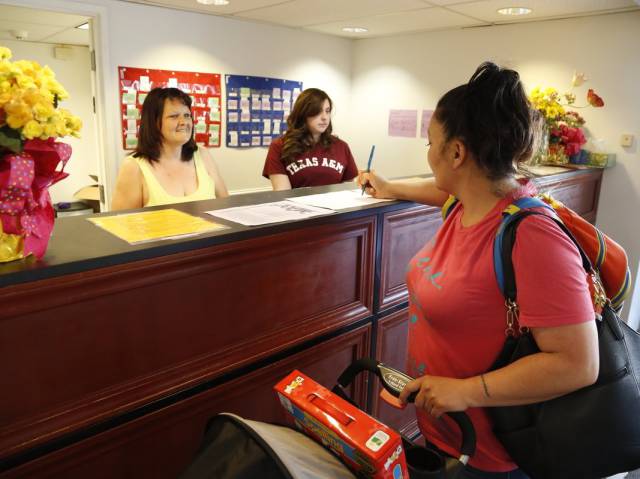 There's also a play area for kids and a community space where families can come together. 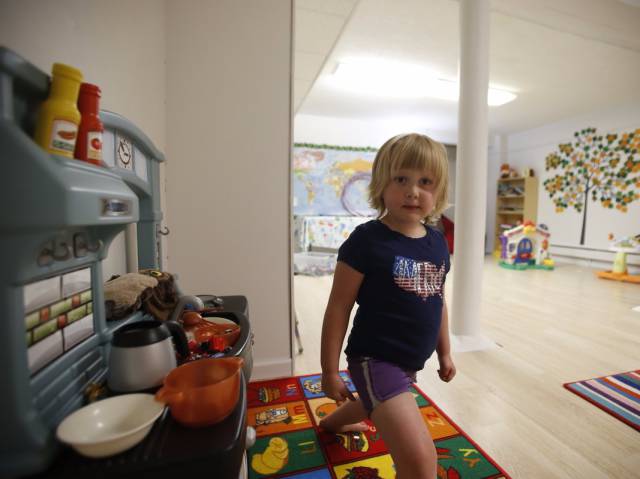 It comes with a laundry facility as well. 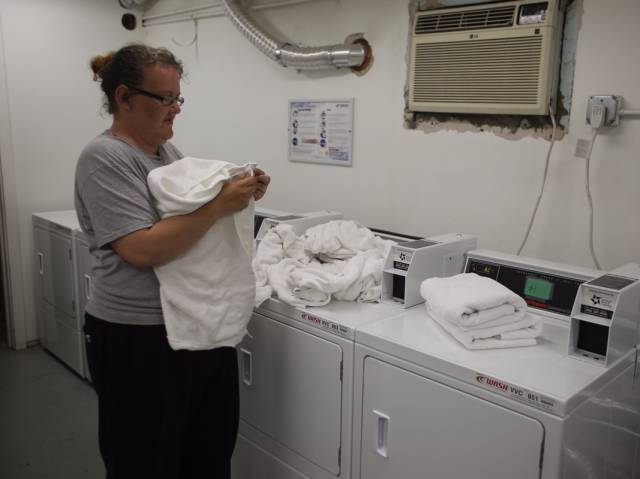 This is a storage room filled with donations made through Amazon's Wish List site. Anyone can make donations through the site. 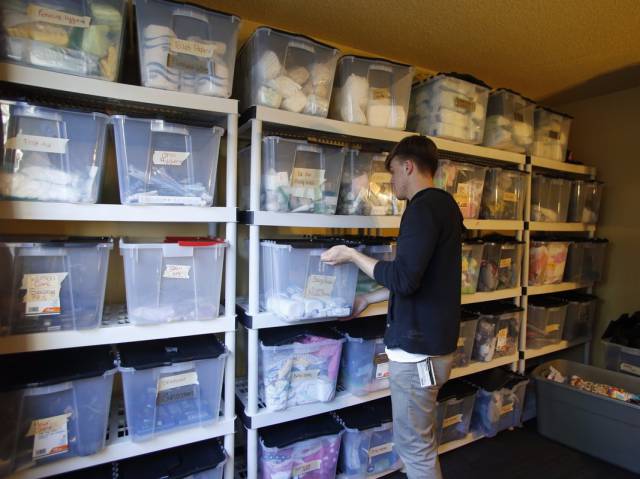 Mary's Place says it hopes the families will have moved on to stable housing before the building goes under construction. Or it plans to offer another place at one of its six shelters in Seattle. 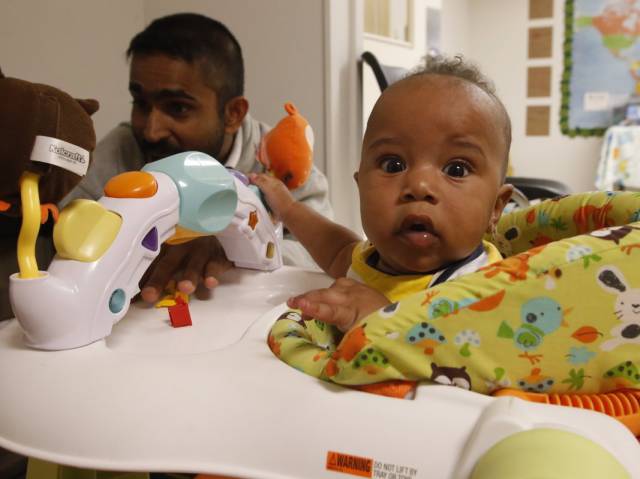 "We provide a place where these families can stabilize and find the resources they need to move successfully into permanent housing. 97% of families are only homeless once — they’ve hit a bump in the road and just need a little time, a little assistance, to get back on their feet," a person from Mary's Place told us. 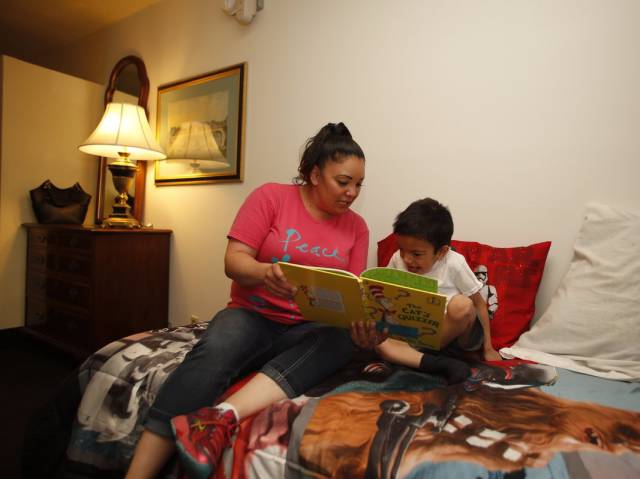