Amazing Color Photos Of The Great Depression In America (18 pics)

The depression originated in the United States, after a fall in stock prices that began around September 4, 1929. It was the longest, deepest, and most widespread depression of the 20th century. Take a look how it was in the USA.

Trucks outside of a starch factory, in Caribou, Aroostook County, Maine, in late 1940. There were almost 50 trucks in the line. Some had been waiting for 24 hours for the potatoes to be graded and weighed. 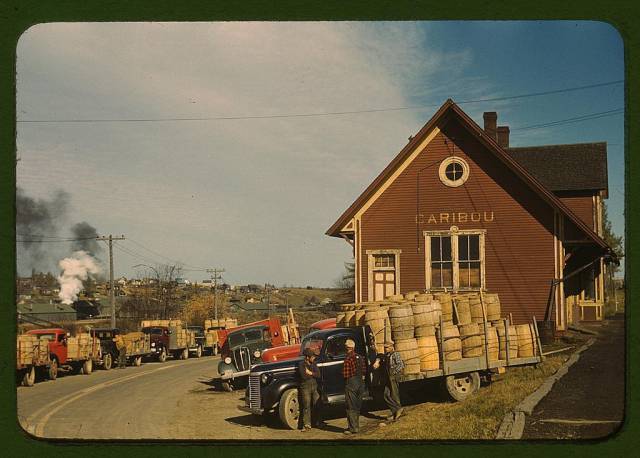 Boys fishing in a bayou, in Schriever, Louisiana, in summer 1940. Cajun children in a bayou near a school in Terrebonne, a US Farm Security Administration project. 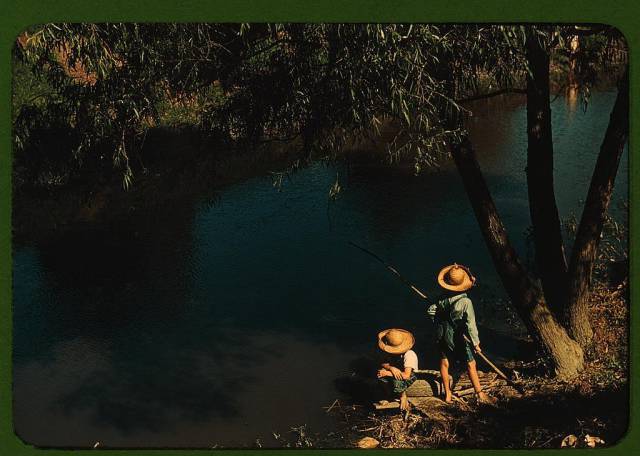 Hauling crates of peaches from the orchard to the shipping shed, Delta County, Colorado, in late 1940. 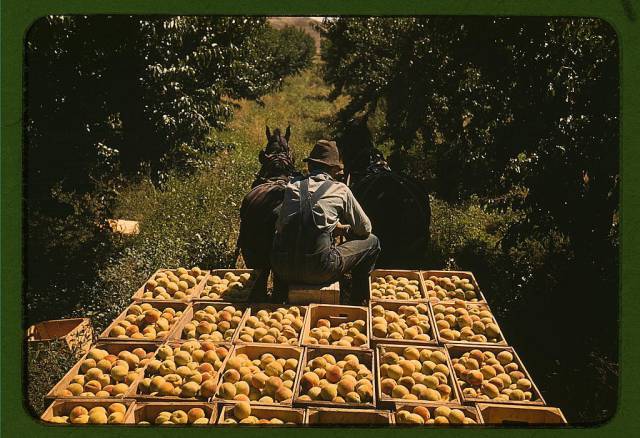 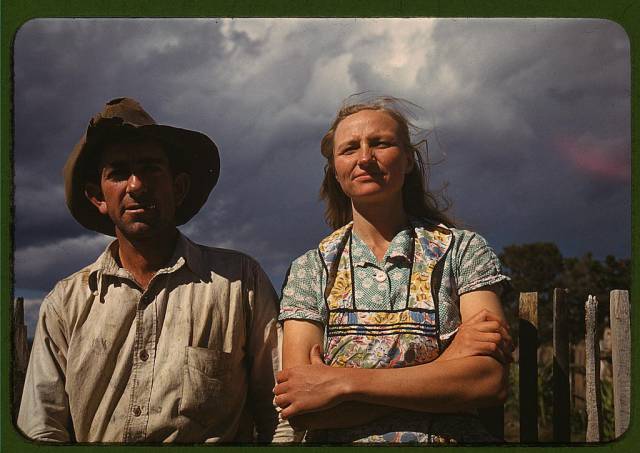 The Caudill family eating dinner in their dugout, in Pie Town, New Mexico, in late 1940. 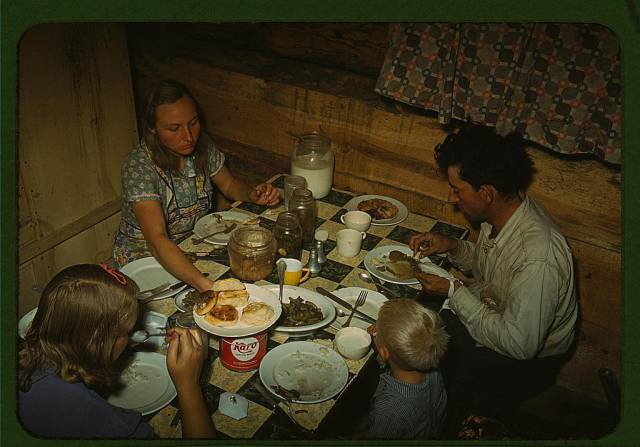 Harvesting new corn from the field of Jim Norris, in Pie Town, New Mexico, in late 1940. 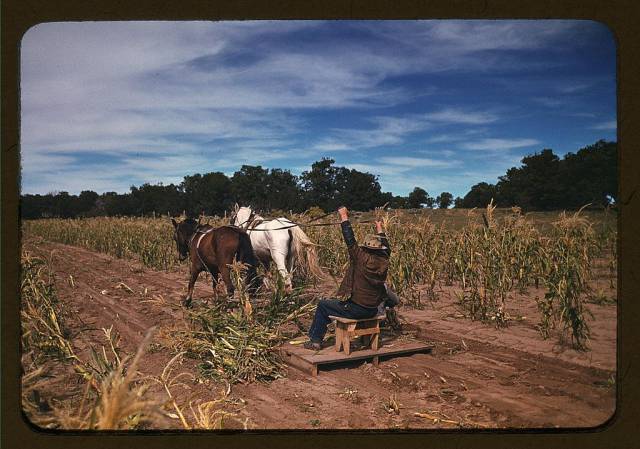 At the Vermont state fair in Rutland, Vermont, in late 1941. 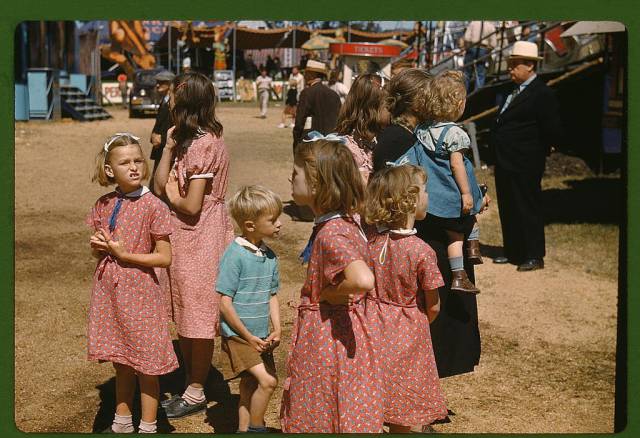 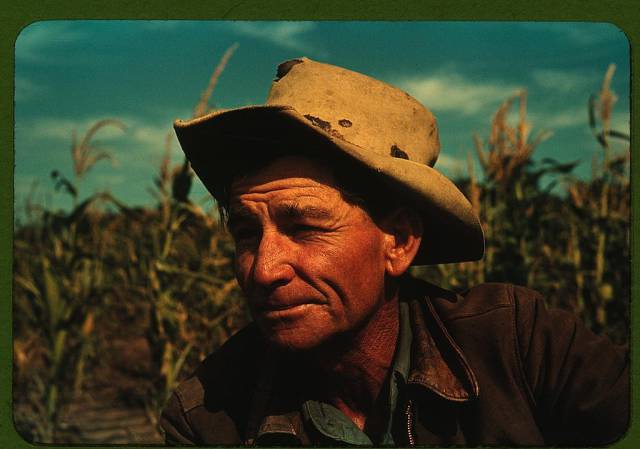 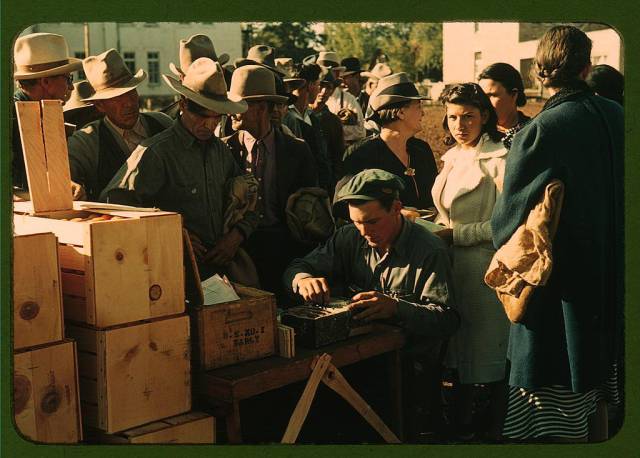 "Backstage" at the "girlie" show at the Vermont state fair in Rutland, Vermont, in late 1941. 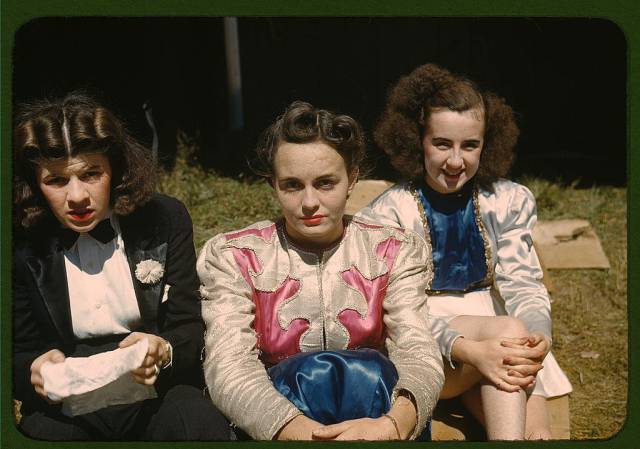 Tying a ribbon on a calf's tail was one of the feature attractions at the rodeo at the Pie Town, New Mexico, fair in late 1940. 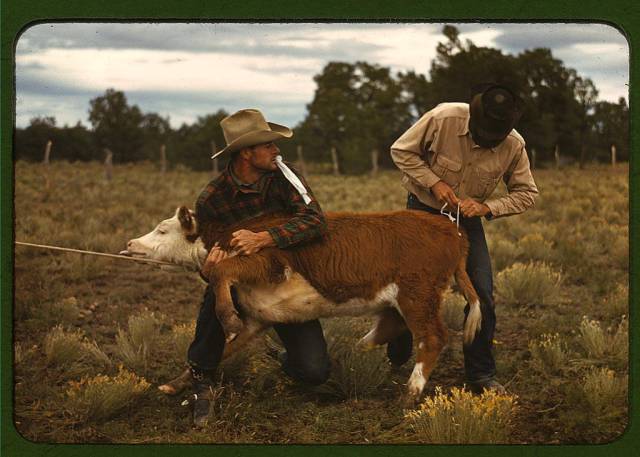 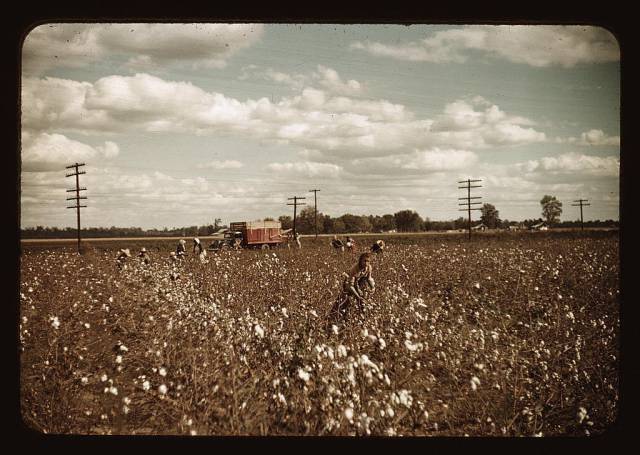 Living quarters and a "juke joint" for migratory workers during a slack season, in Belle Glade, Florida, taken in early 1941. 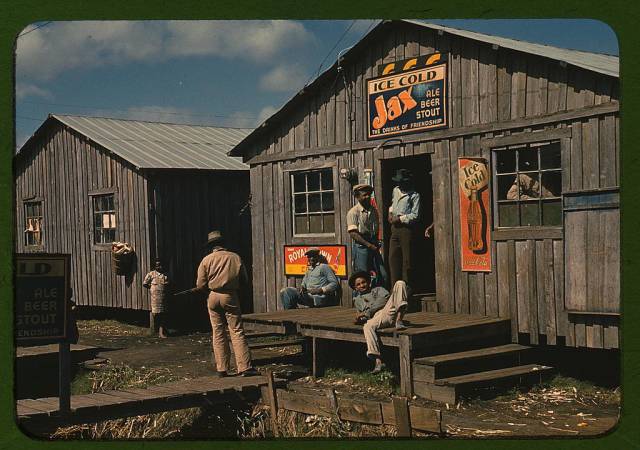 Men reading headlines posted on the street corner of the Brockton Enterprise newspaper office, in Brockton, Massachusetts, in late 1940. 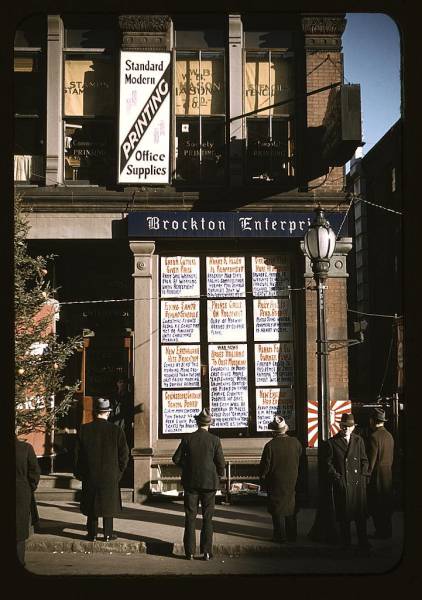 A horse-and-cart team pulling a car out of the mud on a road near Pie Town, New Mexico, in late 1940. 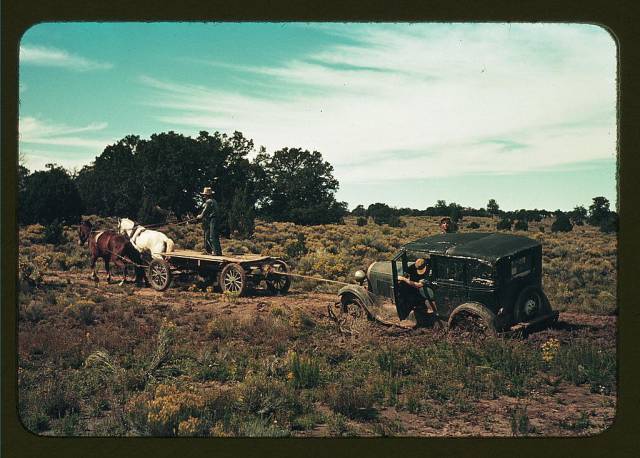 Barker at the grounds at the Vermont state fair in Rutland, Vermont, in late 1941. 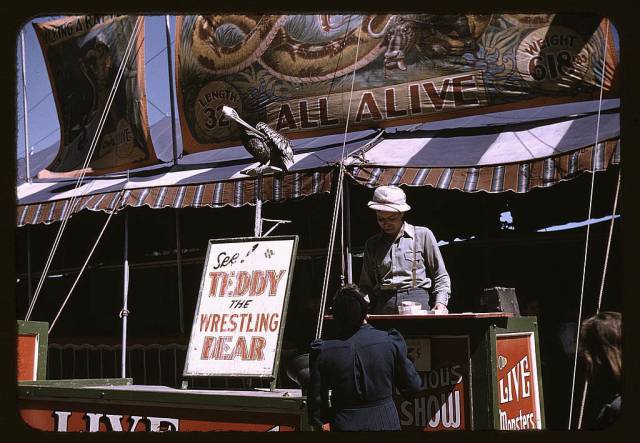 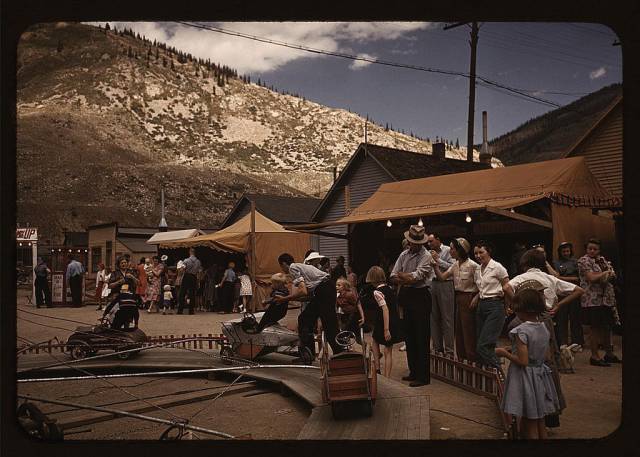 Houses with factories seen in the background, taken sometime between 1941 and 1942. 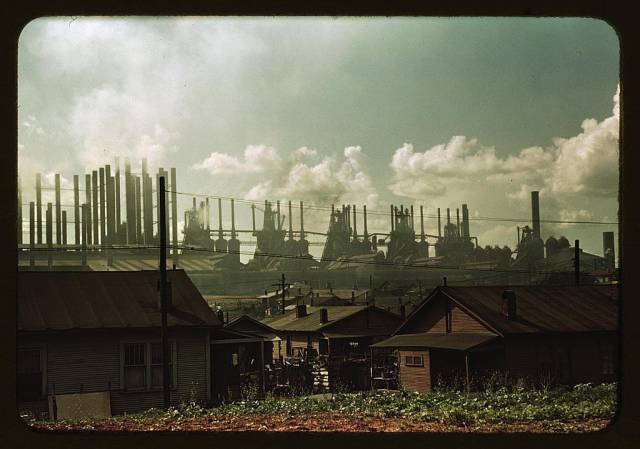