Lonely Planet is the largest travel guide book publisher in the world. They have just recently released their best destinations for thirsty travelers in "Bars To Blow Your Mind." If you're interested, check them out, you may very much need it this summer.

The Northern Lights Bar at the Ion Luxury Adventure Hotel in Iceland offers just what its name suggests: double-height windows and an uninterrupted view of Icelandic terrain and the dancing lights of Aurora Borealis. 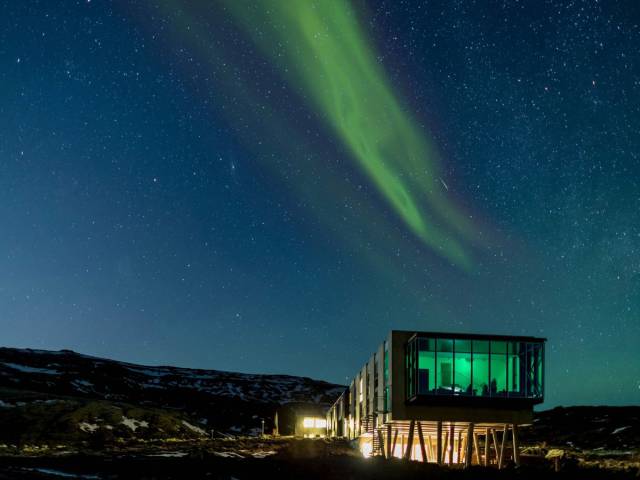 Rick's Cafe in Negril, Jamaica, is quintessentially Jamaican thanks to reggae music, ample rum, and turquoise waters. But it's best known for the cliff-diving that takes place right off the back of the bar. 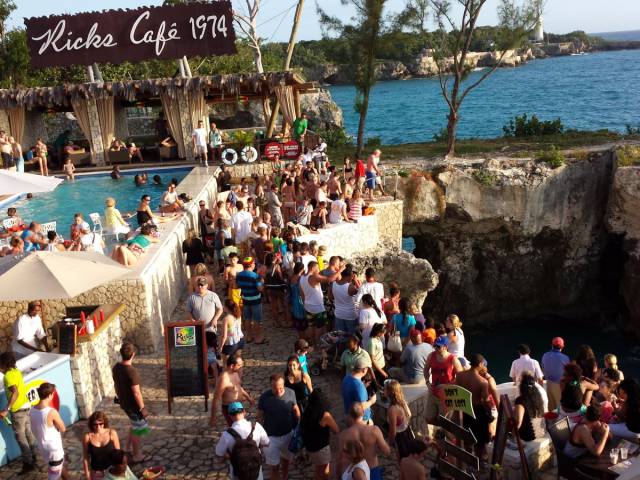 The incredible design of the thatched bamboo dome at Water and Wind Bar in Binh Duong, Vietnam, is reason enough to pay a visit. But on top of that, it's set in the middle of a lake, and features live music performances. 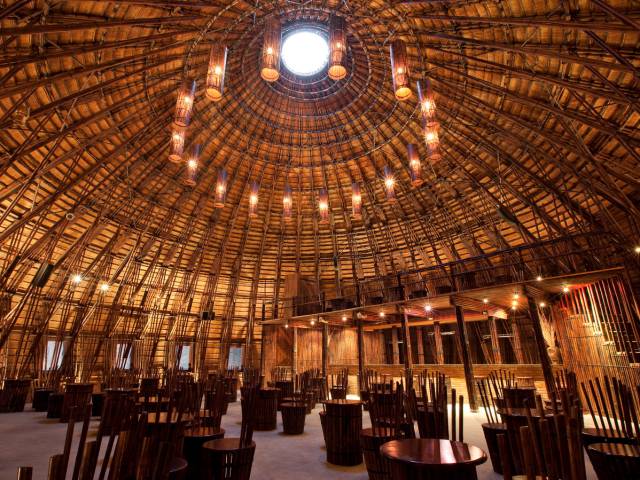 Dine and drink in style at Copenhagen's Lidkoeb bar, a sophisticated, minimalist space housed in a building dating back to 1886. Extending over multiple floors, there's an entire bar dedicated to whiskey. 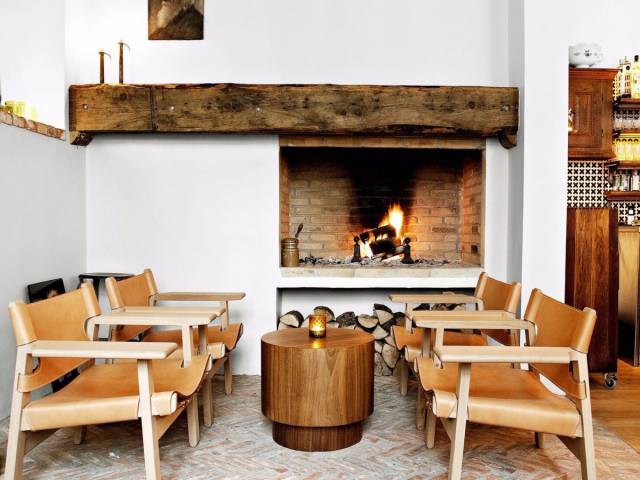 What better way to enjoy the Berlin Zoo than by sitting above its monkey exhibit at the Monkey Bar? On the 10th floor of the Hotel Bikini, this bar is jungle-themed in décor and offers views of both the primates below and the downtown cityscape. 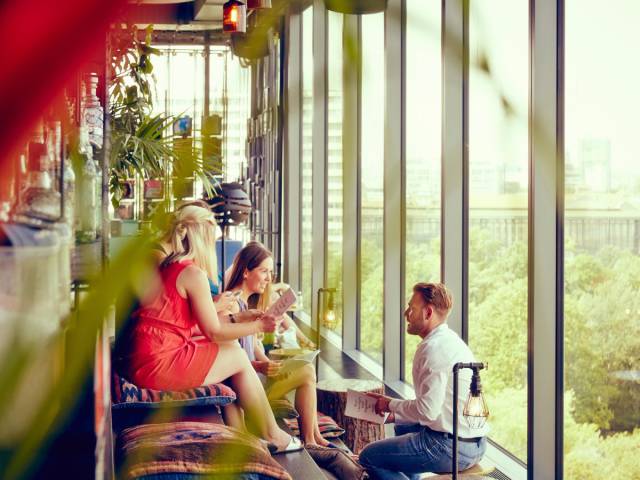 With no set cocktail menu and a nondescript entry, Attaboy in Manhattan's Lower East Side is a modern take on the classic Prohibition-era speakeasy. According to Lonely Planet, drinks are custom-made based on the flavors you're craving and the mood you're in. Delirium Café in Brussels serves over 3,000 different types of beer, and holds the Guinness World Record for the largest selection in the world. The décor is appropriately beer-themed as well, with wooden barrel tables and trays covering the walls and ceiling. 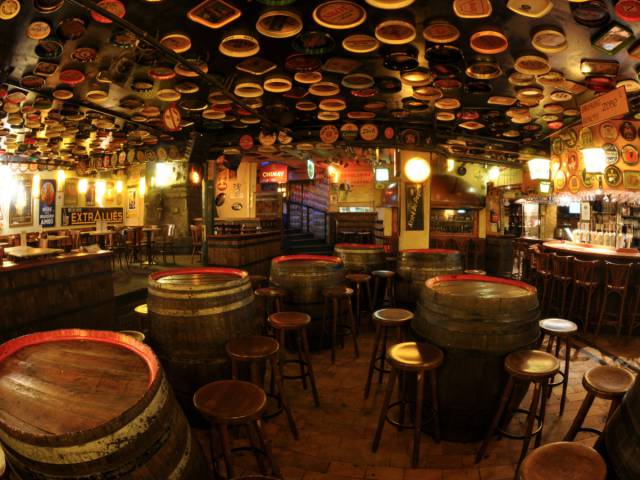 As Cuba welcomes a new wave of tourism, Café Madrigal in Havana maintains its authentic, artsy vibe. The private home-turned-bar in a residential neighborhood can be hard to find — but the live music and aromatic tapas will lead you there. 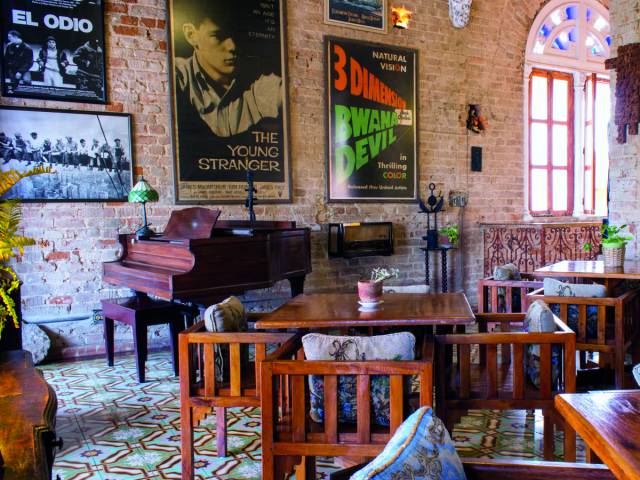 At Petritegi Tolare Sagardotegia, a cider house in San Sebastian, Spain, you can tour the working cidery and learn about the cider-making process, then enjoy a fruity glass and traditional basque cuisine in a warm and rustic dining room. 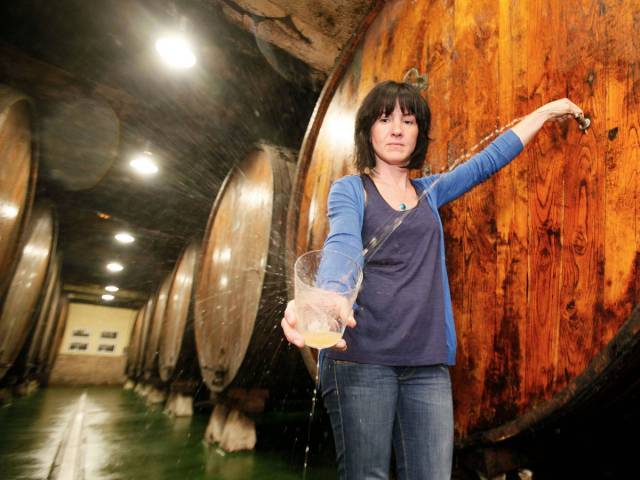 Patrons can stay busy at Bounce Ping Pong in London, which features 17 ping pong tables, including one that was used in the 2012 Olympics. 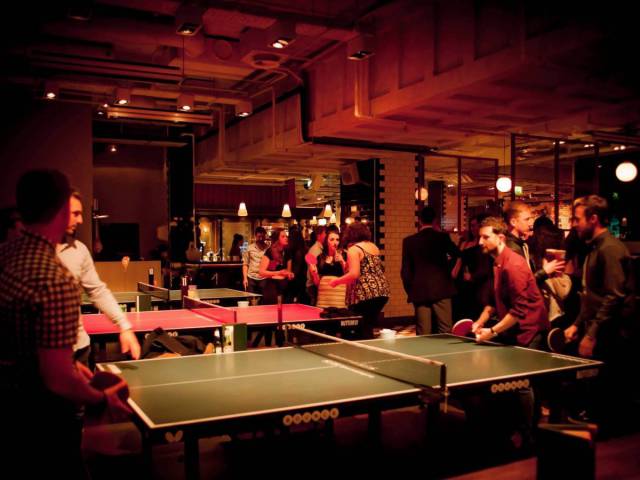 Many tourists are familiar with Barcelona's Boqueria Market, with its busy stalls of fresh fish, produce, and other treats. Nestled right in the market's hustle and bustle is El Quim de la Boqueria, which offers tapas and drinks for 18 lucky diners. 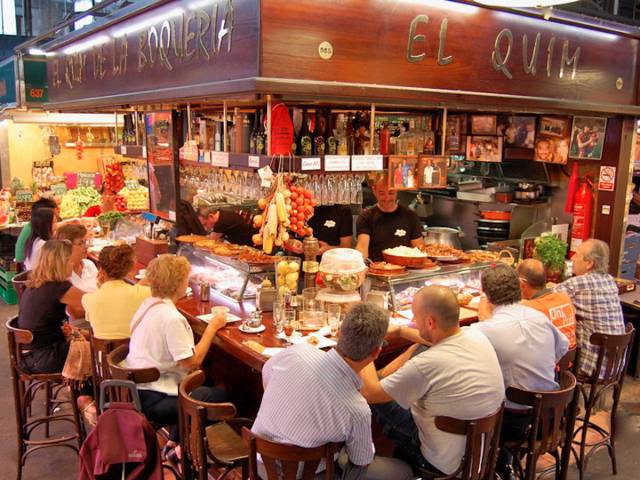 Petra, Jordan, is an ancient city that was carved into a rock face over 2,000 years ago, so it's no surprise that you'll find world's oldest bar there. The Cave Bar at the Petra Guesthouse is built in a former tomb, and its low lights and low ceilings feel appropriately ancient and macabre. 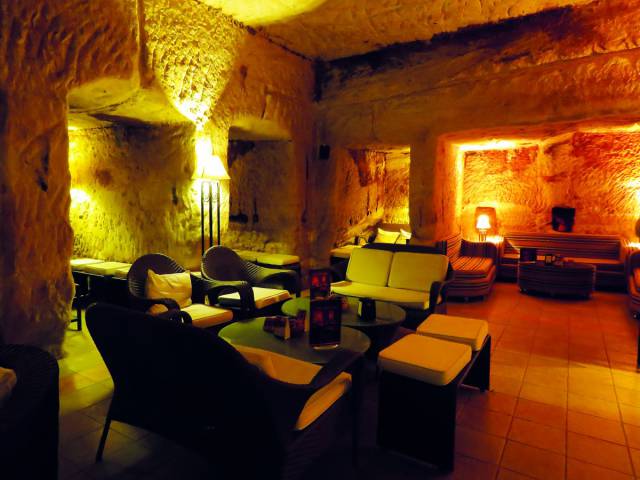 The Ozone Bar at the Ritz Carlton in Hong Kong is said to be the highest bar in the world, perched nearly above the clouds on the hotel's 118th floor. 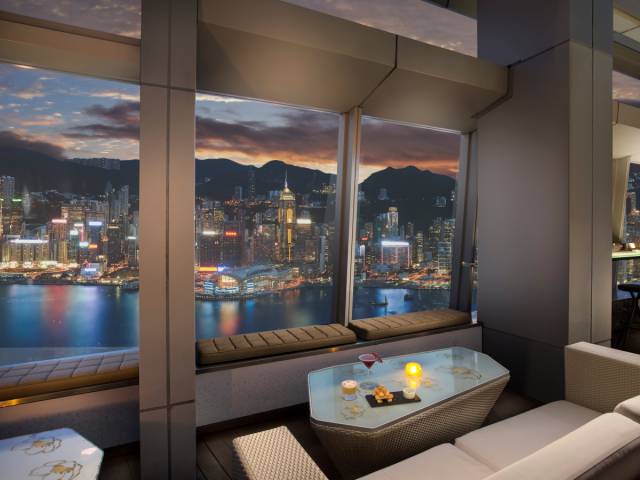 Sean's Bar, a classic Irish pub, has been in the hospitality biz since 900 AD, making it the oldest bar in Ireland, and the best place to enjoy a Guinness in front of a crackling fire. 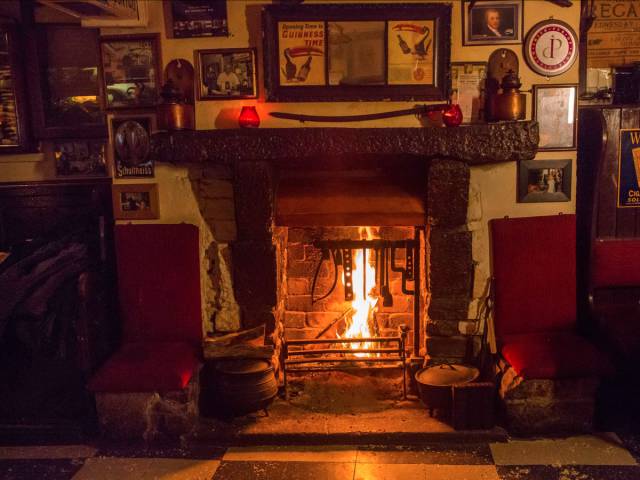 Gordon's Wine Bar in London is the oldest wine bar in the city, established in 1890. It's known for its premier wine list and wide range of cheeses, and is located in an arched-ceiling cellar inside a historic warehouse. 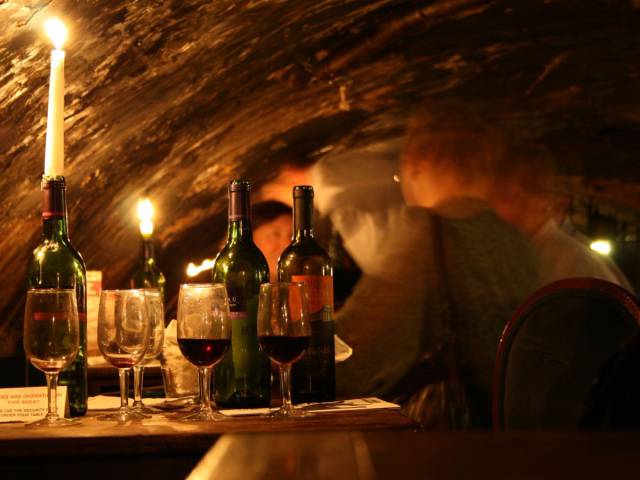 Szimpla Kert is a ruin bar in Budapest, one of the many that sprung up in old, crumbling buildings after the fall of Communism. Now, the open-air courtyard and graffiti-clad interior are home to art exhibits and a market. 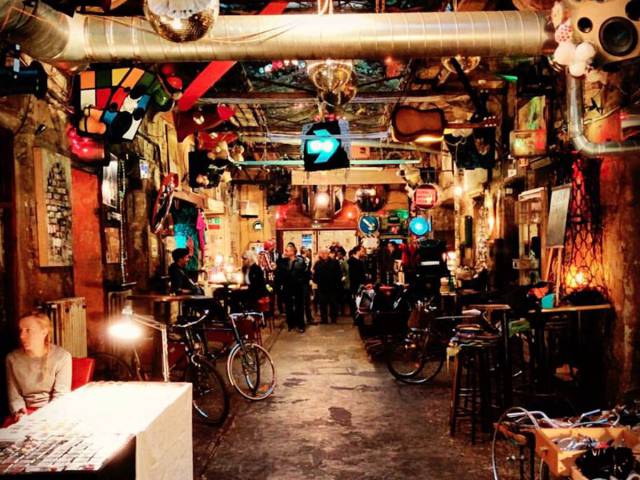 BlueFROG Music Lounge brings a rotating schedule of live performances to Mumbai, India. It's situated in a former textile mill, but the décor is thoroughly modern, with undulating booths surrounding the stage. 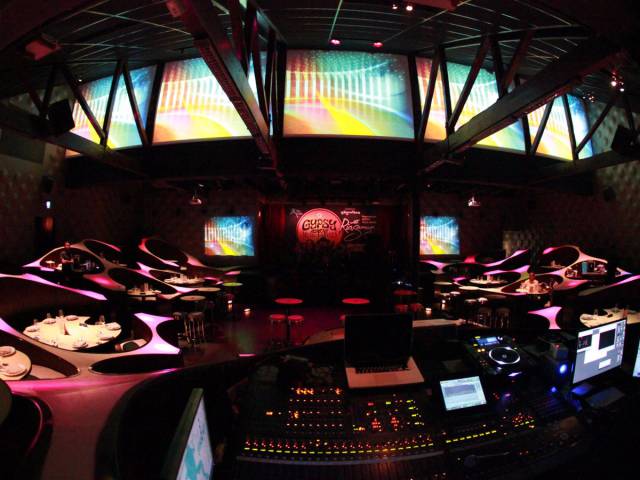 The widest tree in the world is in Limpopo, South Africa, and home to the Baobab Tree Bar. Housed inside of the hollow of its trunk, it can fit around 15 lucky guests. 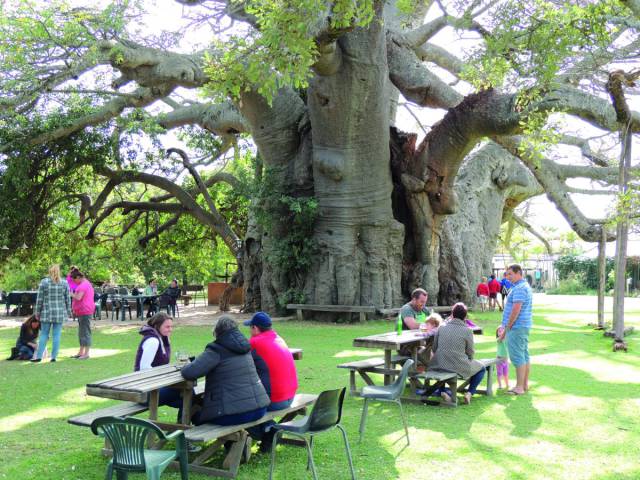 Smuggler's Cove in San Francisco celebrates more than 400 types of rum. From Tiki-style umbrella cocktails to traditional drinks of the Caribbean islands, the libations are as fun as the shipwreck-inspired décor. 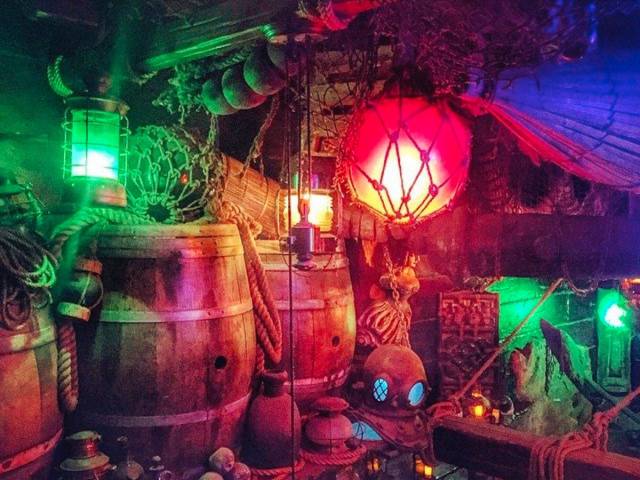 Baba Nest is a rooftop bar surrounded by an infinity pool, and features spectacular sunsets. It's at the Sri Panwa Resort in Phuket, Thailand. 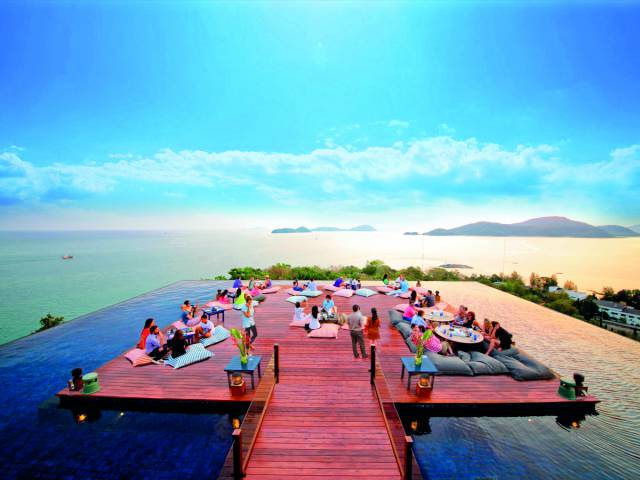 The Soggy Dollar Bar in the British Virgin Islands is so named because your money will probably get wet, as it's only accessible by boat. The drinking paradise is nestled on a white sand beach with hammocks hung strategically throughout. 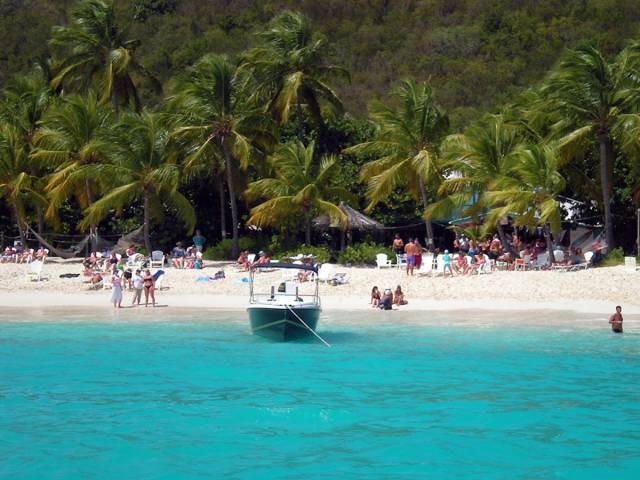 Steampunk-style Joben Bistro in Cluj-Napoca, Romania, is decked out in industrial fittings and features quirky glassware. There's no shortage of things to look at while enjoying craft cocktails and French-American dining. 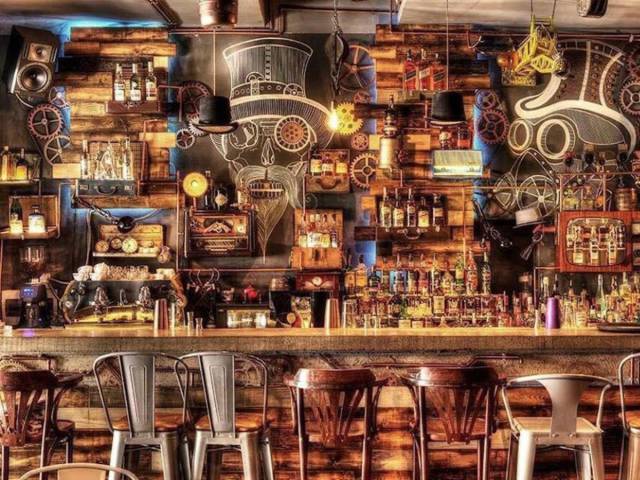 The alien-style underbelly at Museum HR Giger Bar in Gruyeres, Switzerland, is unlike anything we've seen. The ceiling is a series of gigantic, interconnected vertebrae, and the seats and bar are similarly skeletal. It was inspired by biomechanic artist HR Giger. 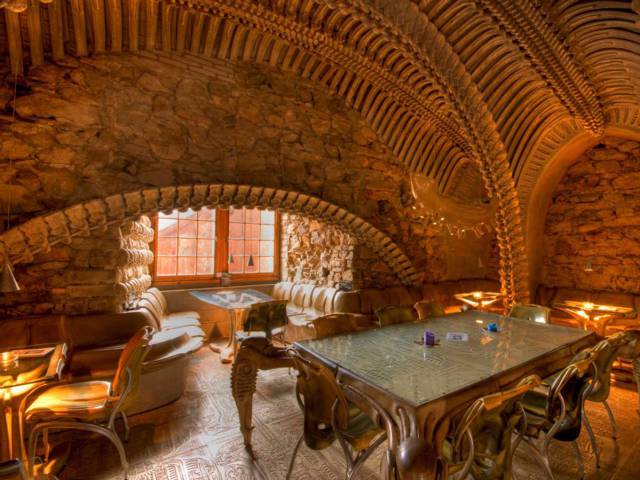 The ICEBAR in Jukkasjärvi, Sweden, is the world's first, original ice bar. It's rebuilt each year, and kept at a nippy 23 degrees so that the bar, chairs, glasses, and tables don't melt. If things get chilly, guests can warm up on the (snow-covered) dance floor. 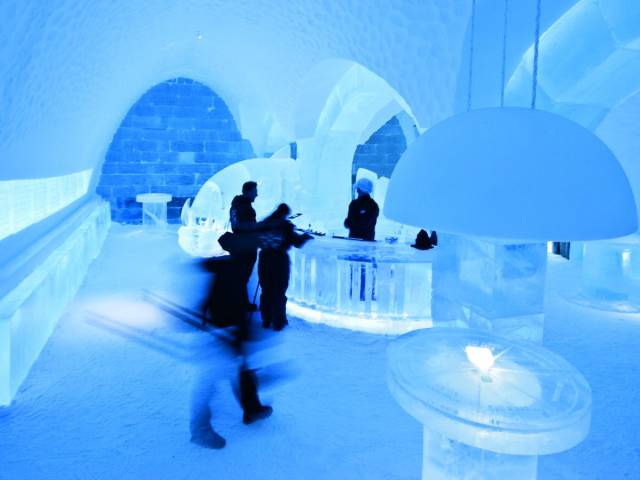 Al Sarab is a true desert oasis at Bab Al Shams Resort in Dubai. It's surrounded by the soft slopes of sand dunes and stocked with soft cushions, shaded courtyards, and thirst-quenching cocktails. 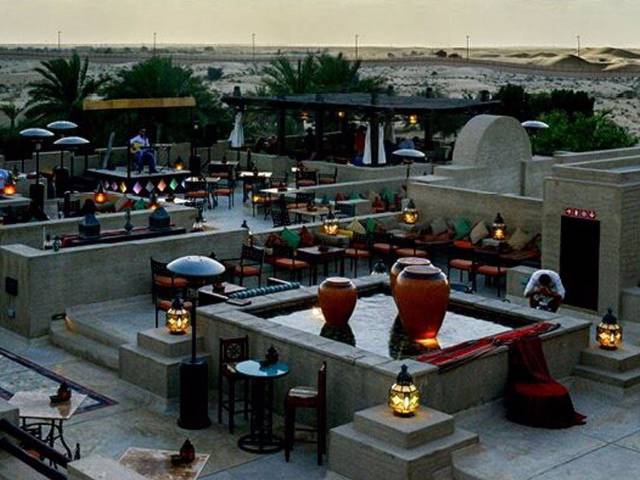