Some Of The Best Playgrounds Ever Created (16 pics)

MONSTRUM is a Danish company that designs and produces unique and fascinating playgrounds. Their playgrounds are thematic and are focused on architectural and artistic quality.

Many of MONSTRUM's playgrounds have an aquatic theme. Children can climb into the gut of this 15-meter-long Blue Whale that's beached in Plikta Park in Gothenburg, Sweden. Here's another whale — this time a Sperm Whale — who sits outside of Denmark's North Sea Oceanarium. 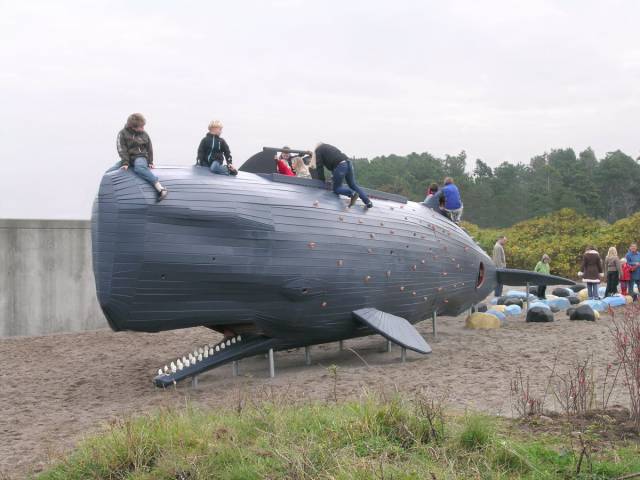 Kids can climb inside the whale's ribs, just like Pinocchio or Jonah. 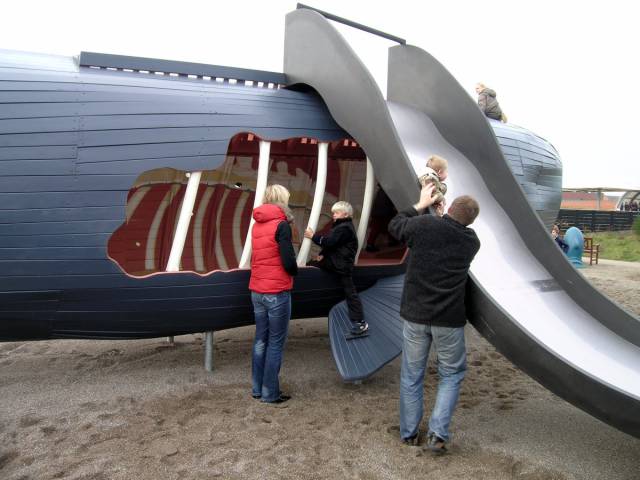 This dragon slithers through the sand in Mulighedernes Park in Aalborg, Denmark. 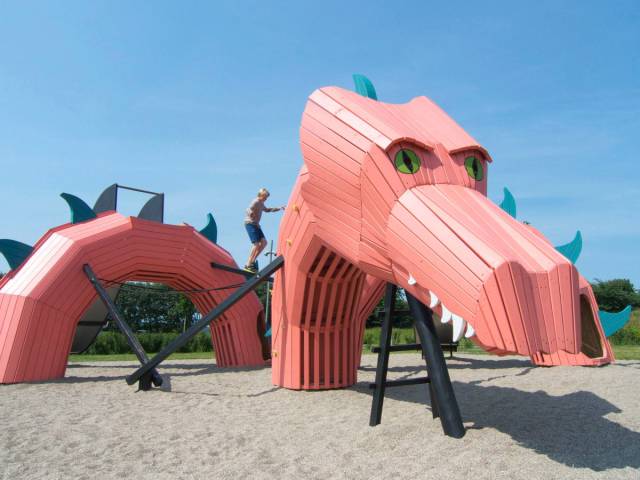 This giant parrot has roosted in a small public park in Copenhagen. 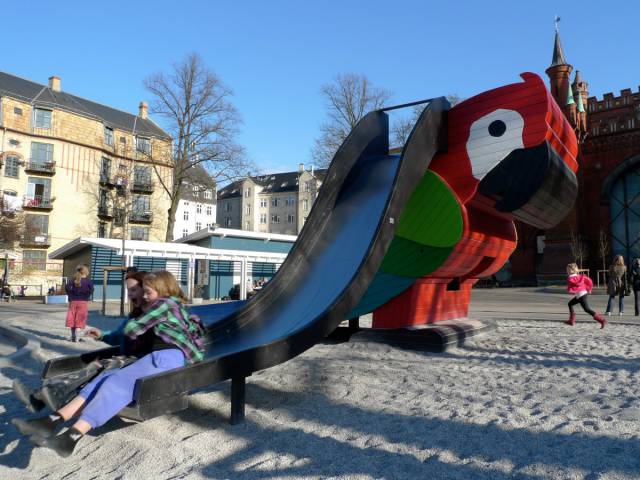 This eel is wrapped around a lighthouse next to the National Museum of Bermuda. 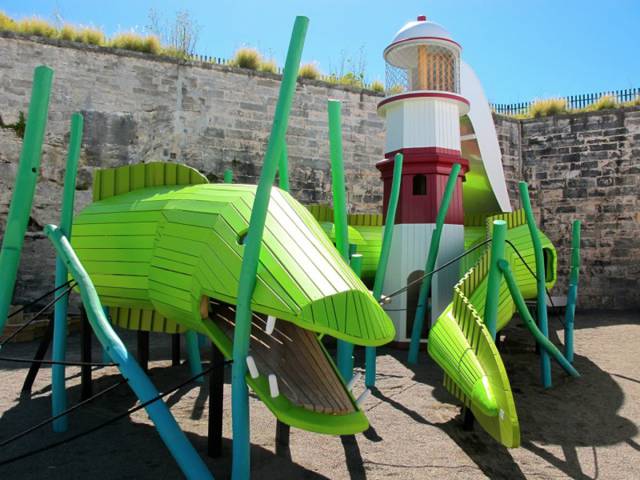 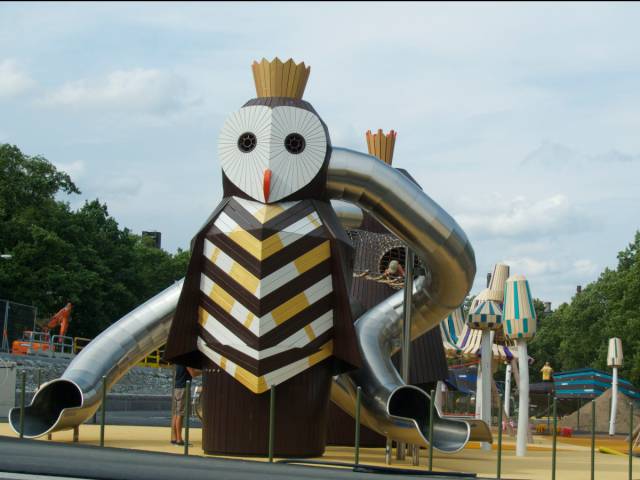 Along with the owls, numerous creepy-crawlies parade around the playground, including these beetles. One of the beetles is wheelchair accessible. 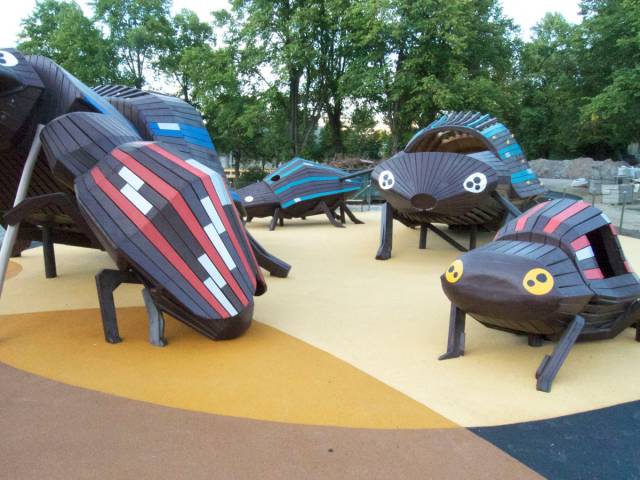 In addition to nature scenes, many of MONSTRUM's playgrounds are dynamic shipwrecks. This massive ship is going down in Moscow's Gorky Park. 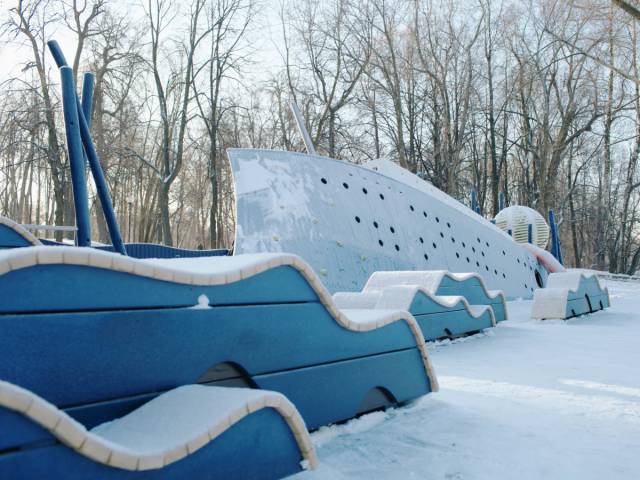 The ship in snowy Gorky Park is being attacked by a kraken that kids can slide down and clamber over. 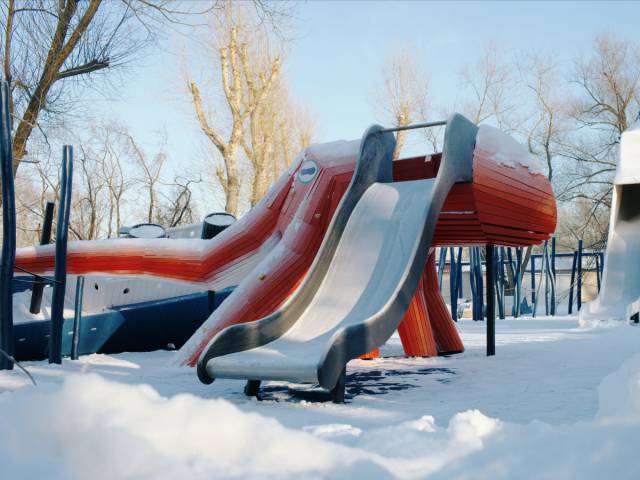 This playground in a park in Copenhagen is called the Bermuda Triangle. 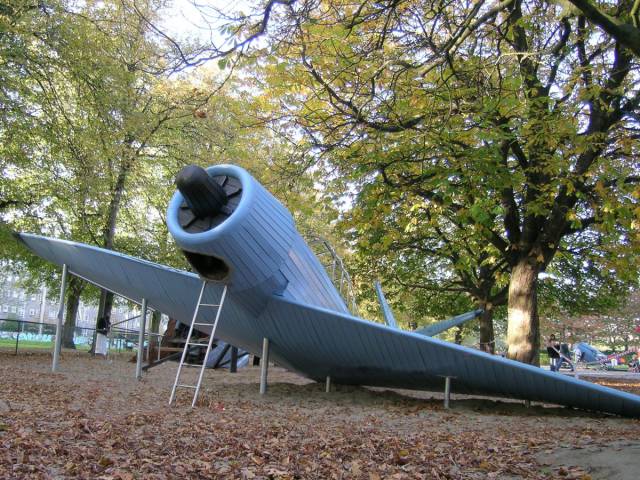 The Bermuda Triangle playground features a crashed plane, sunken galleon, and a whale for children to explore. 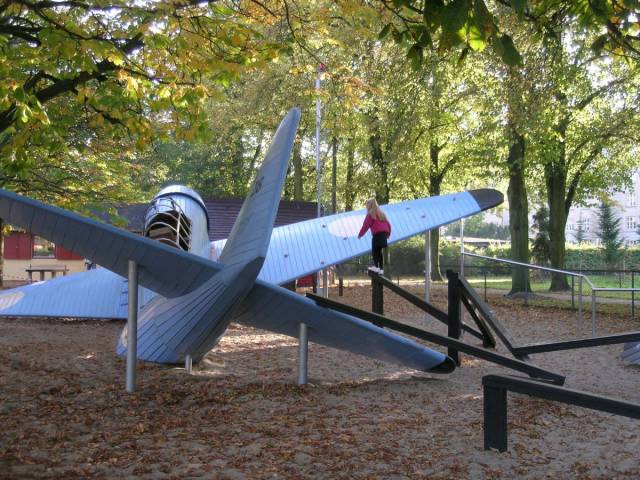 A cargo ship has crashed in Sweden's Höganäs Municipality. Luckily, there's a safe lighthouse nearby. 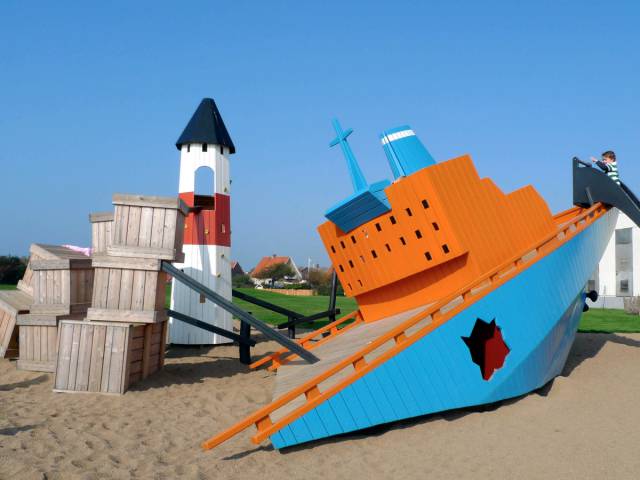 This ship in Copenhagen hit a sandbar and broke in two, making it a perfect place for young children to play tag. 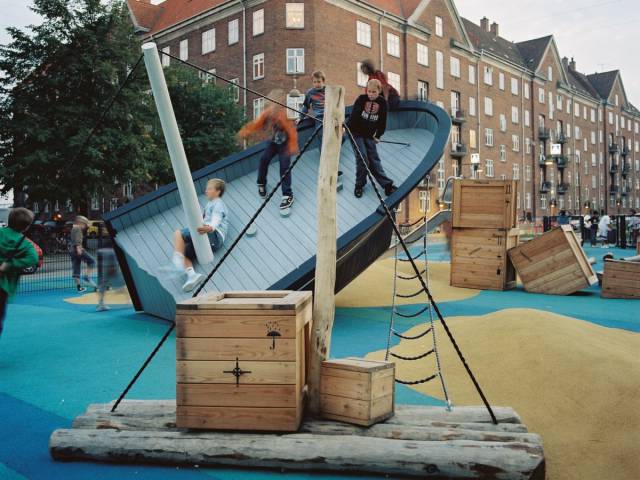 Brumbleby is an iconic collection of houses in Copenhagen. MONSTRUM playfully warped the landmarks for this creation 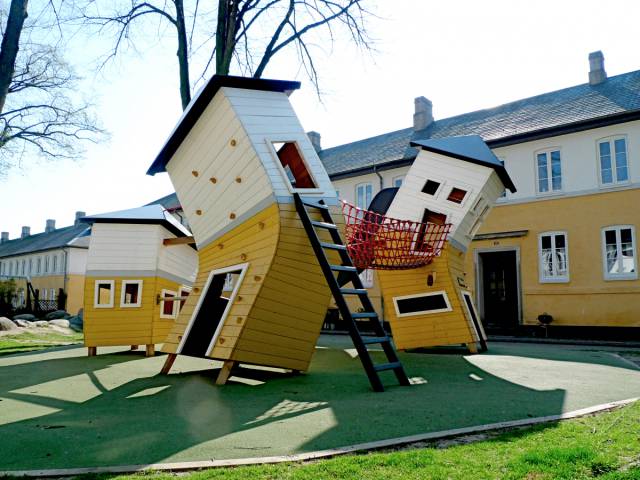 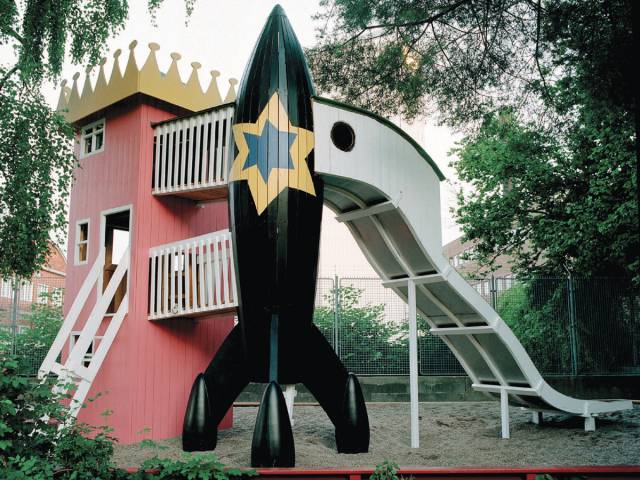