The Deadliest Wars In History Of Humanity (10 pics) 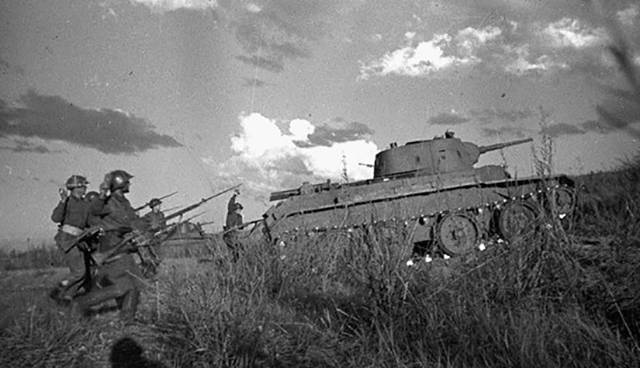 World War II, or the Second World War was a global war that was underway by 1939 and ended in 1945. It involved involved most of the world’s nations, including all of the great powers: eventually forming two opposing military alliances, the Allies and the Axis. It was the most widespread war in history, with more than 100 million military personnel mobilized. In a state of “total war,” the major participants placed their entire economic, industrial, and scientific capabilities at the service of the war effort, erasing the distinction between civilian and military resources. Marked by significant events involving the mass death of civilians, including the Holocaust and the only use of nuclear weapons in warfare, it was the deadliest conflict in human history, resulting in 50 million to over 70 million fatalities. 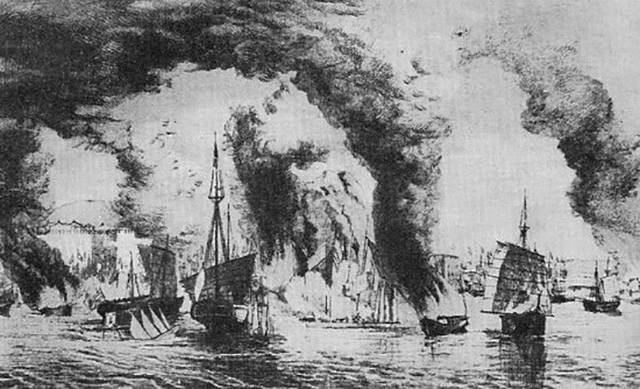 The Taiping Rebellion was a widespread civil war in southern China from 1850 to 1864, led by heterodox Christian convert Hong Xiuquan, who having received visions, maintained that he was the younger brother of Jesus Christ against the ruling Manchu-led Qing Dynasty. About 20 million people died, mainly civilians, in one of the deadliest military conflicts in history. 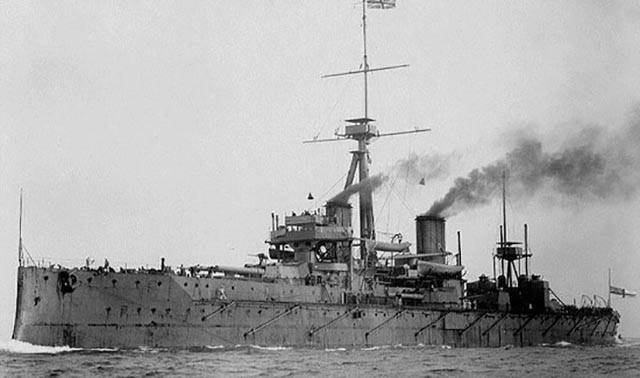 World War I was a major war centered in Europe that began in the summer of 1914 and lasted until November 1918. It involved all of the world’s great powers, which were assembled in two opposing alliances: the Allies and the Central Powers. More than 70 million military personnel, including 60 million Europeans, were mobilized in one of the largest wars in history. More than 9 million combatants were killed, largely because of great technological advances in firepower without corresponding advances in mobility. 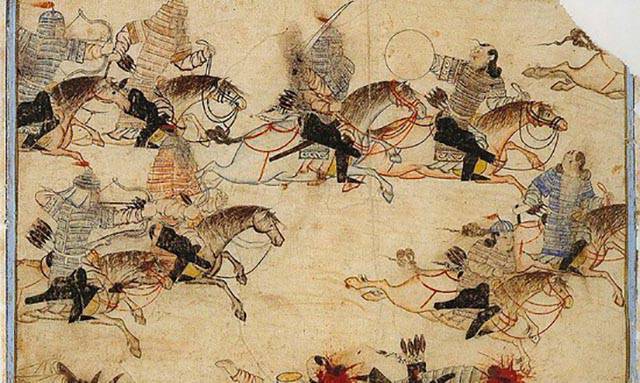 The Mongol Empire initially named as Greater Mongol State was a great empire during the 13th and 14th centuries. Beginning in the Central Asian steppes, it eventually stretched from Eastern Europe to the Sea of Japan, covered Siberia in the north and extended southward into Southeast Asia, the Indian subcontinent, and the Middle East. It is commonly referred to as the largest contiguous empire in the history of the world. At its greatest extent it spanned 6,000 mi (9,700 km), covered an area of 33,000,000 km2 (12,700,000 sq mi), 22% of the Earth’s total land area, and held sway over a population of 100 million. 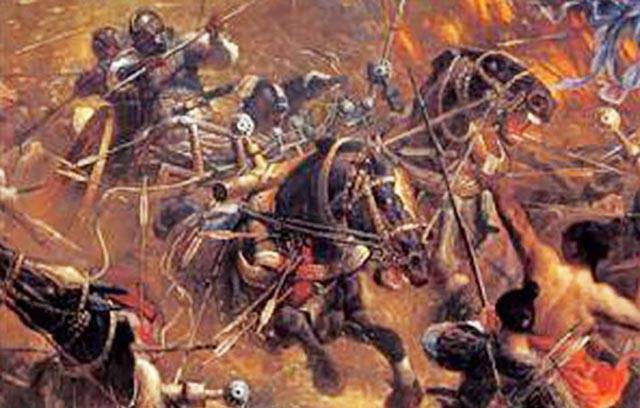 The An Lushan Rebellion took place in China during the Tang Dynasty, from December 16, 755 to February 17, 763. An Lushan, an ex-Tang general, declared himself emperor, establishing the rival Yan Dynasty in Northern China. The rebellion spanned the reign of three Tang emperors before it was quashed. During that time, the registered population declined by up to 36 million, though most of this was due to the breakdown of the census system during the war. 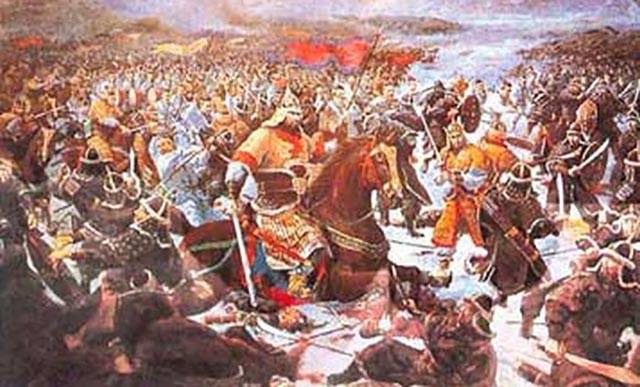 The Qing Dynasty also known as the Manchu Dynasty, was the last dynasty of China, ruling from 1644 to 1912. It was preceded by the Ming Dynasty and followed by the Republic of China. The dynasty was founded by the Manchu clan Aisin Gioro in modern northeast China. Starting in 1644 it expanded into China proper and its surrounding territories, establishing the Empire of the Great Qing. Complete pacification of China was accomplished around 1683 under the Kangxi Emperor. 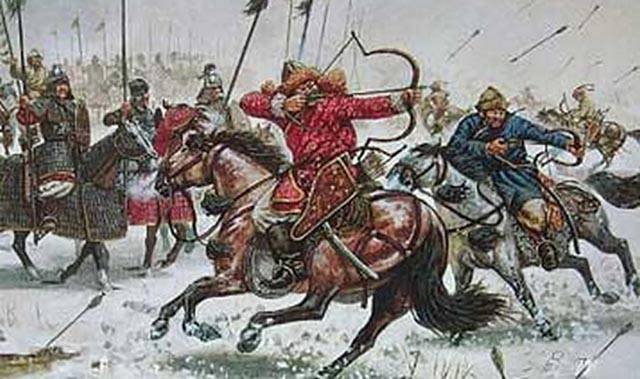 Timur was in his lifetime a controversial figure, and remains so today. He sought to restore the Mongol Empire, yet his heaviest blow was against the Islamized Tatar Golden Horde. He was more at home in an urban environment than on the steppe. He styled himself a ghazi while conducting wars that severely affected some Muslim states, for example the Ottoman Empire. A great patron of the arts, his campaigns also caused vast destruction.

The uprising was chaotic and often involved warring factions of bands and military leaders with no goal or purpose, merely to fight, on the western bank of the Yellow River. A common misconception is that it was directed against the Qing Dynasty, but there is no evidence at all showing that they intended to attack the capital of Beijing. When that rebellion failed, mass emigration of the Dungan people into Imperial Russia, Kazakhstan and Kyrgyzstan ensued. 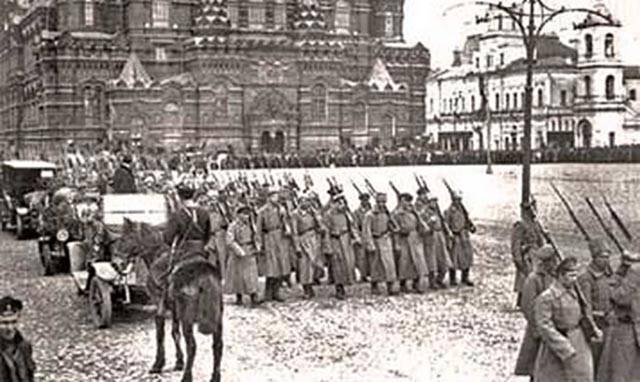 The Russian Civil War was a multi-party war that occurred within the former Russian Empire after the Russian provisional government collapsed to the Soviets, under the domination of the Bolshevik party. Soviet forces first assumed power in Petrograd (St. Petersburg) and subsequently gained control throughout Russia.

The Napoleonic Wars were a series of wars declared against Napoleon’s French Empire by opposing coalitions. As a continuation of the wars sparked by the French Revolution of 1789, they revolutionised European armies and played out on an unprecedented scale, mainly owing to the application of modern mass conscription. French power rose quickly as Napoleon’s armies conquered much of Europe but collapsed rapidly after France’s disastrous invasion of Russia in 1812. Napoleon’s empire ultimately suffered complete military defeat resulting in the restoration of the Bourbon monarchy in France and the creation of the Concert of Europe.