The last time we saw the spiral pattern was in season three. 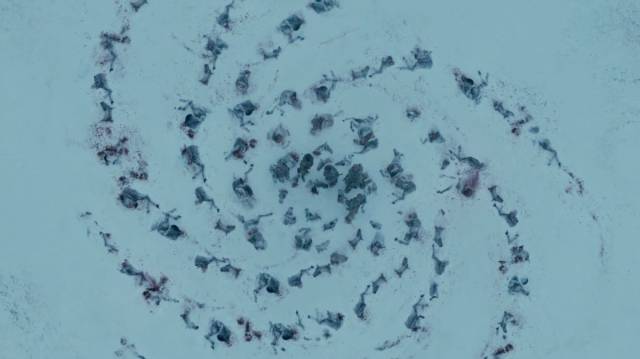 Back in season three episode three, "Walk of Punishment," Jon Snow was with Mance Rayder and the wildlings. They arrive at the Fist of the First Men, a landmark in the north where the Night's Watch was attacked by an army of White Walkers. All that was left behind was the dismembered corpses of horses, arranged in the spiral pattern seen above. "Always the artists," Mance said upon seeing the arrangement.

This pattern is not mentioned in the books, so previously we weren't sure what its significance was. Now — thanks to Bran's visions — we know it's somehow associated with the magic of the Children.