The title of George R.R. Martin's next book was mentioned during the Braavosi play about King's Landing. 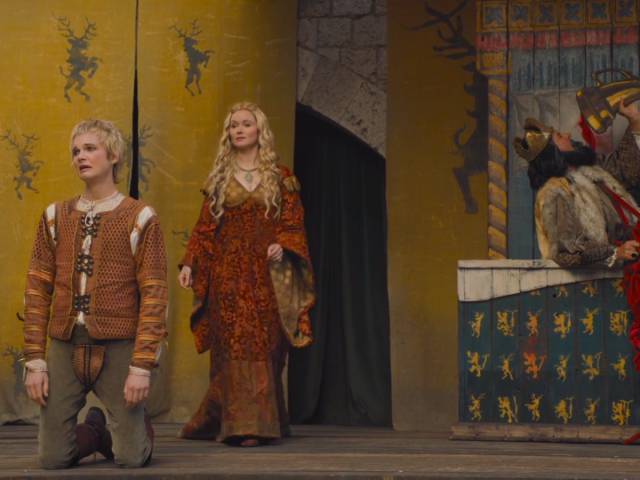 Arya Stark watched a play about Robert Baratheon's death and Ned Stark's execution. Aside from being a wonderful look at how the Lannisters are regarded outside of Westeros (Cersei is a hero in Braavos?), there was a little Easter egg for book readers. "I feel the winds of winter as they lick across the land," the woman playing Cersei said.

"The Winds of Winter" is the official title for book six in Martin's "A Song of Ice and Fire" series. So far, there's no release date set for the highly anticipated installment.