Sansa and Littlefinger's conversation was a reversal of a scene from season one. 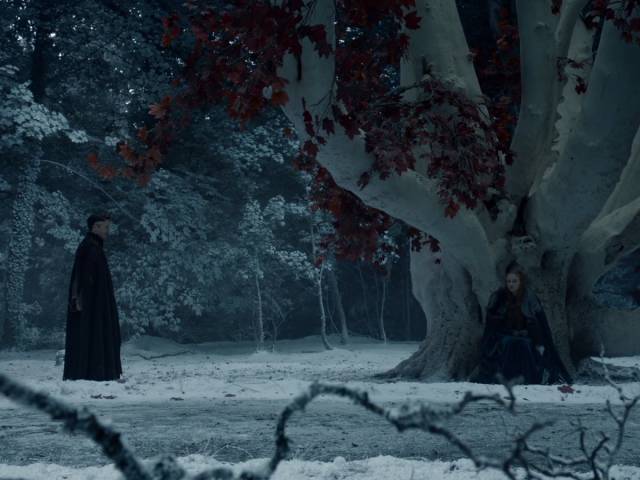 When Littlefinger approaches Sansa in the godswood of Winterfell, they were echoing a conversation between Catelyn and Ned Stark in season one. Remember, Littlefinger set the events of season one into motion when he convinced Lysa Arryn to poison her husband, Jon, and send a raven to Catelyn telling her it was the Lannisters' plot.