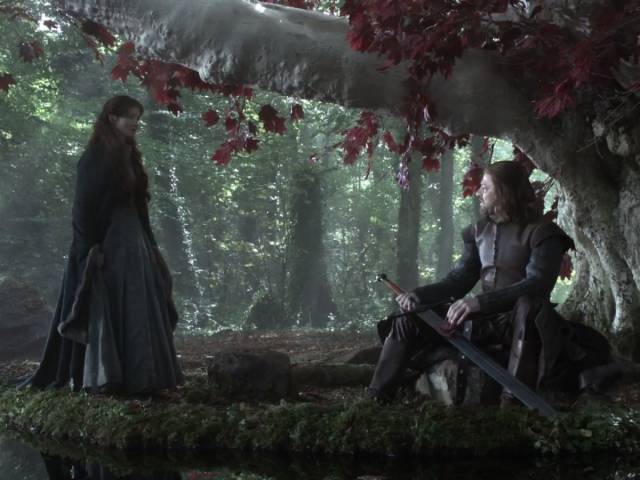 Sansa still doesn't seem to know Littlefinger was the one truly responsible for all the horrors done to her family. Not only was he the one who flared the rivalry between the Starks and Lannisters, but he betrayed Ned in King's Landing. Sansa's refusal of Littlefinger in this same sacred place her parents once stood was a poetic role reversal.