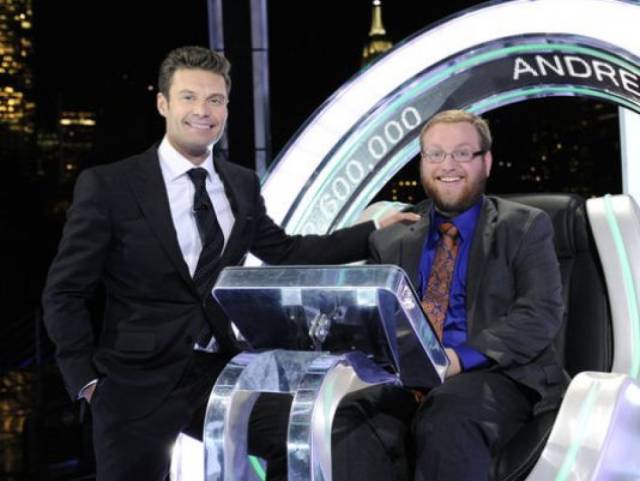 The Million Second Quiz was a very short-lived game show that aired in the fall of 2013. It only appeared on NBC for 10 episodes. Viewers thought the show was confusing and boring. Critics complained that the fast-paced questions were banal, and ranged unpredictably from historical trivia to the name of Kim Kardashian’s dead cat (Mercy).

For then-25 year old Columbia Law School graduate, the show was anything but boring. Andrew Kravis won a jaw-dropping $2,600,000 on the game show. Andrew spent 250 hours on the show to win one of the highest game show payouts in history.

Afterwards, when Andrew was asked what he would most likely do with the $2,600,000, he said he would definitely be paying off his law school student loans and then hopefully take a trip to Europe. Humble, intelligent and rich!