French photographer Réhahn visited some of the Malaysia’s most remote islands last year. He wanted to take pictures of the Bajau, the "sea gypsies" who live there. Their floating villages consist of small huts on stilts standing in the middle of the ocean. He visited 8 islands overall that are isolated from civilization.

Réhahn's journey to the islands was anything but easy. After a flight to Kuala Lumpur, another three-hour flight to Tawau, and an hour-and-a-half bus ride to Semporna, Réhahn set out to find a local who would take him to the remote islands where the Bajau, or "sea gypsies," live. 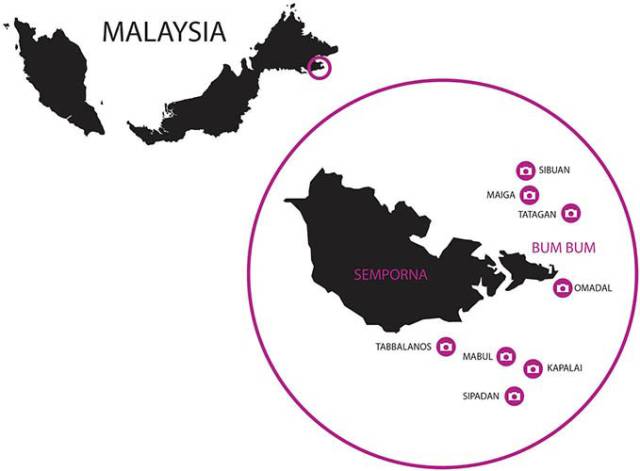 Tour agencies would only agree to take Réhahn to resorts, and most fishermen he encountered along the waterfront spoke no English. When he was lucky enough to find someone who did, the price they asked for the trip was high. 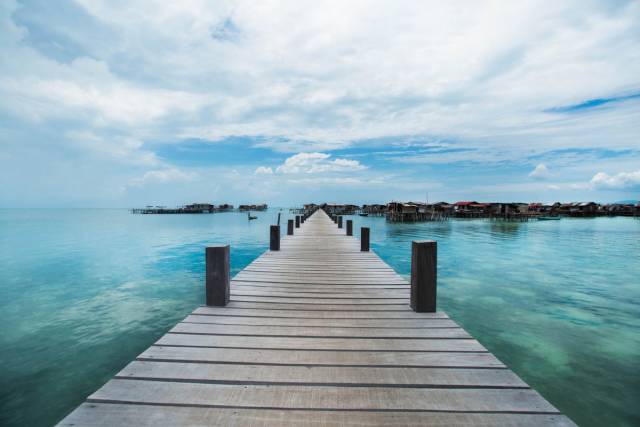 After spending a night sleeping on the waterfront — a risky move, as there's a history of tourist kidnappings in the area — Réhahn finally met Karim, a Bajau who agreed to take him to the remote islands he was hoping to visit. 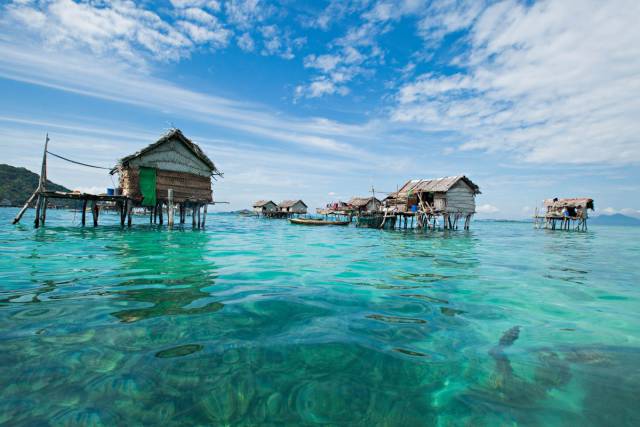 The Bajau traditionally live in small boats, spending their days drifting in the ocean and relying on fishing to make a living, hence their nickname "sea gypsies." 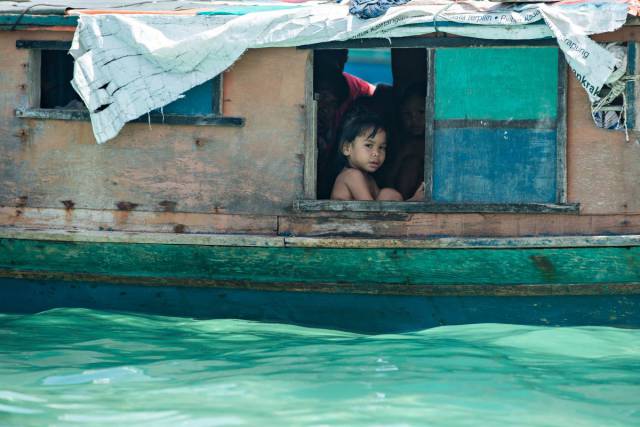 While some sea gypsies live ashore today, many still live on the water in floating villages that are built on coral reefs. 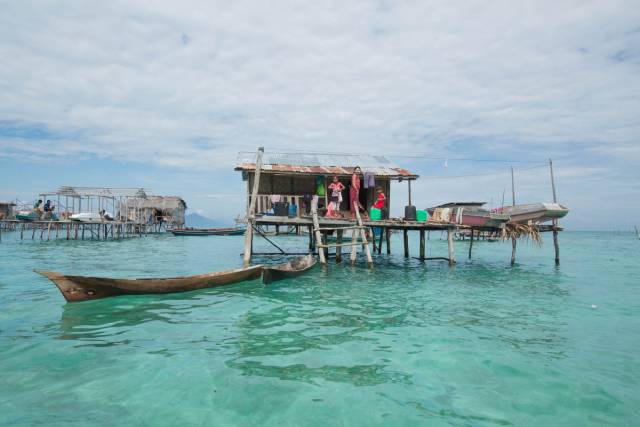 The first island Réhahn visited was Tabbalanos, where he was immediately greeted by playing children, who were excited to meet a rare foreign visitor. 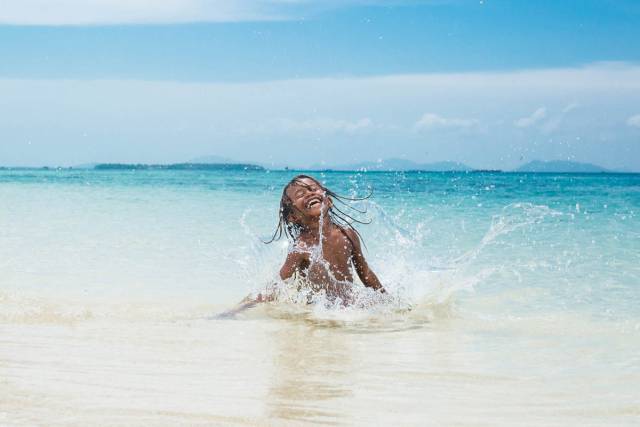 The Bajau spend the majority of their time in the water. For the children, that means lots of splashing, playing ... 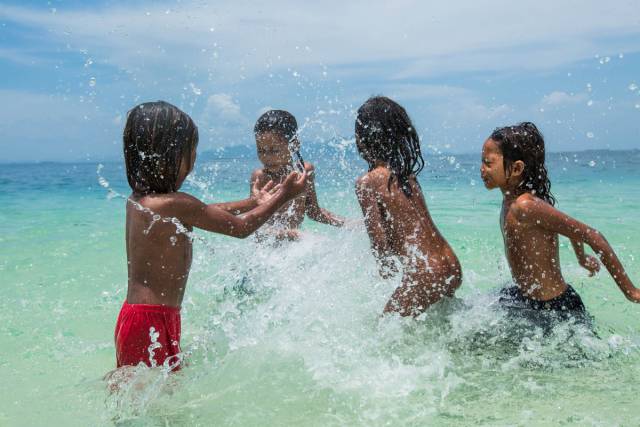 ...and gliding along the water in boats. 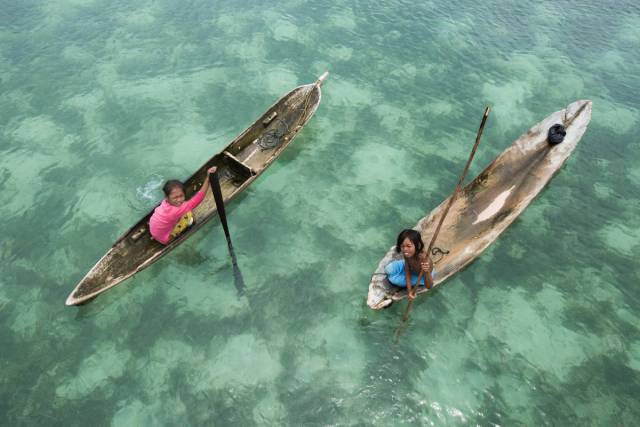 Tabbalanos is a small village that consists of about 11 huts. 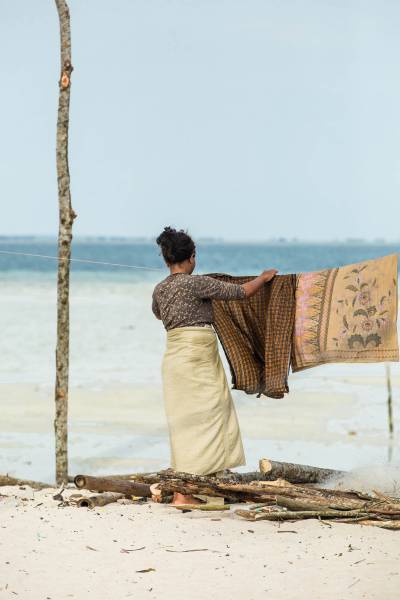 Karim told Réhahn that each family in the village has about five children. 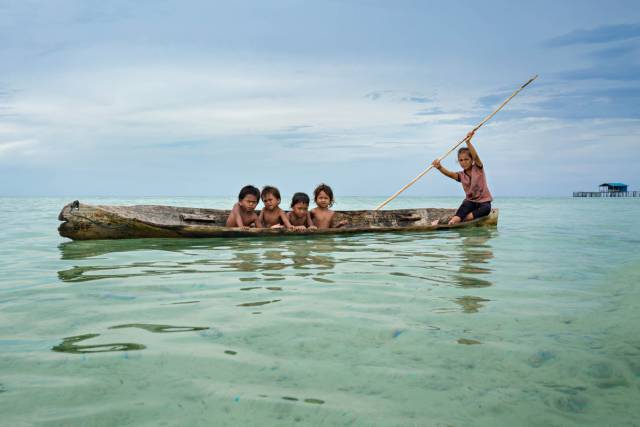 Bajau women give birth to their children in their huts on the water. 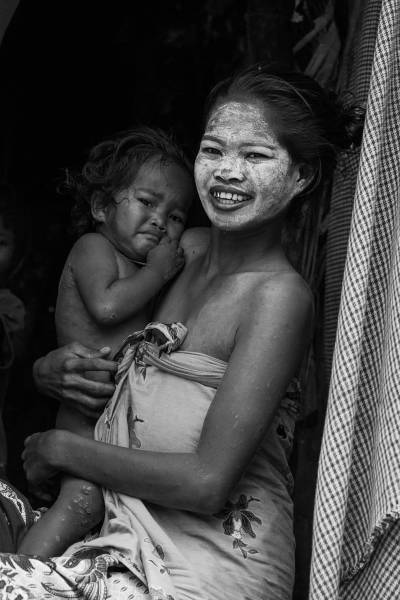 Almost all Bajau spend their entire lives in the same small village in which they are born. 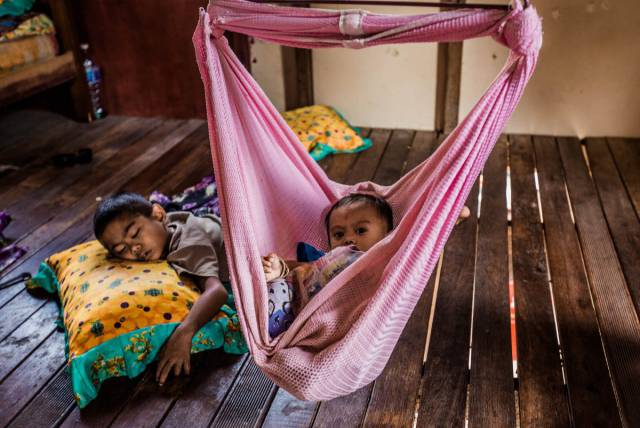 All inhabitants — young and old — help out with the fishing. 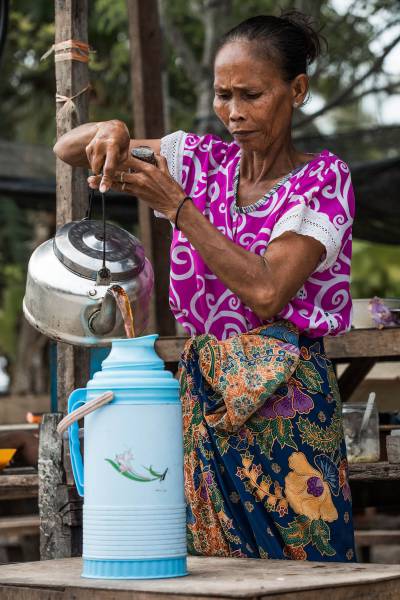 Age is somewhat of an elusive concept for the Bajau. 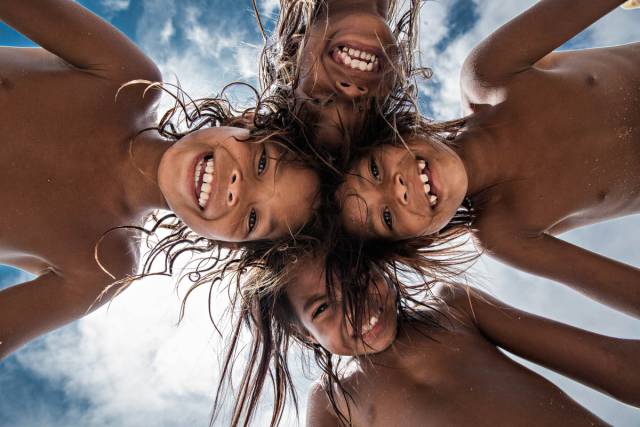 Instead of focusing on the future and the past, the Bajau live in the present. 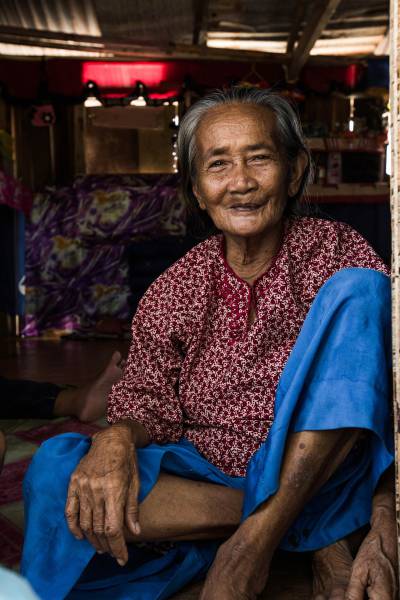 Children learn to dive and swim when they're young. 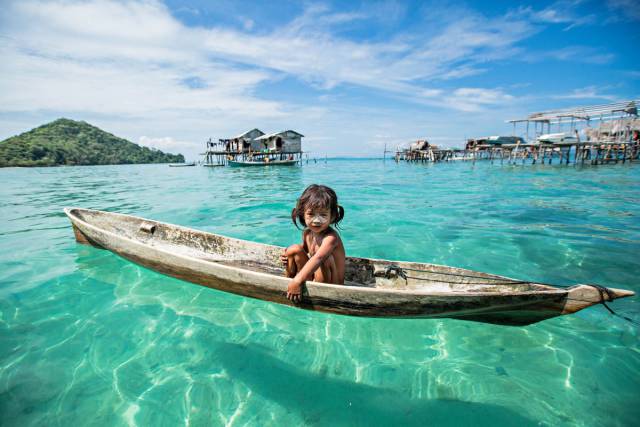 By age eight, they're already hunting. 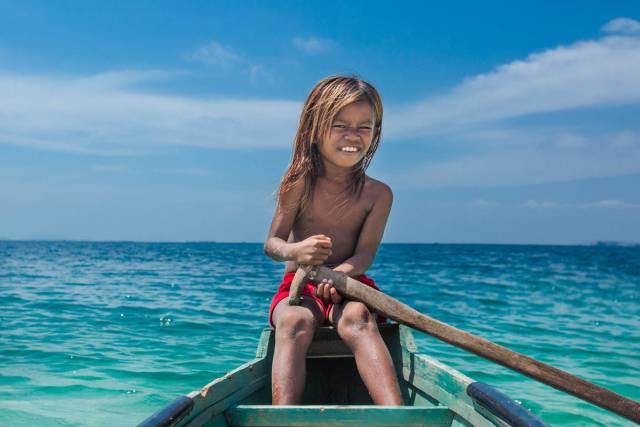 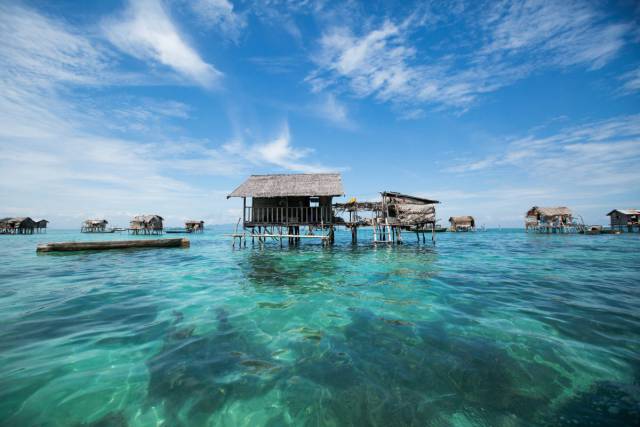 Omadal is a larger village, consisting of 70 families that live in huts built on stilts that are connected to each other via bridges. It's an especially tight-knit community. 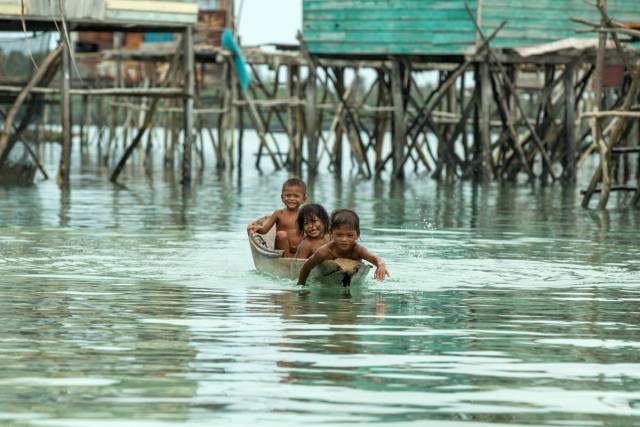 It was in Omadal that Réhahn first saw borak being used. 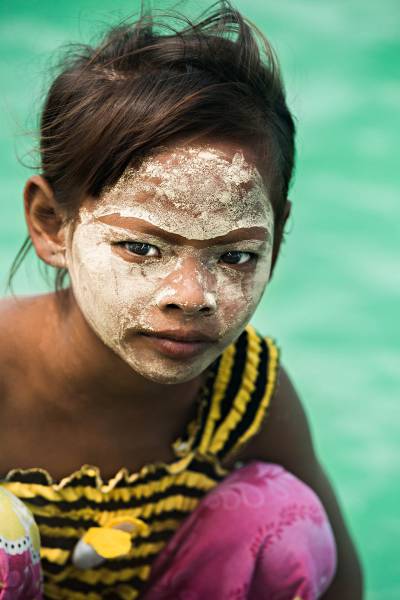 Borak is a locally made paste that the Bajau use to protect their skin from the sun. 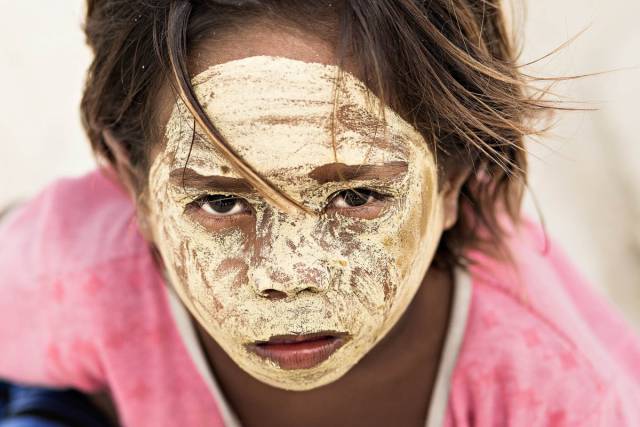 The paste is made from turmeric, a plant that's part of the ginger family. 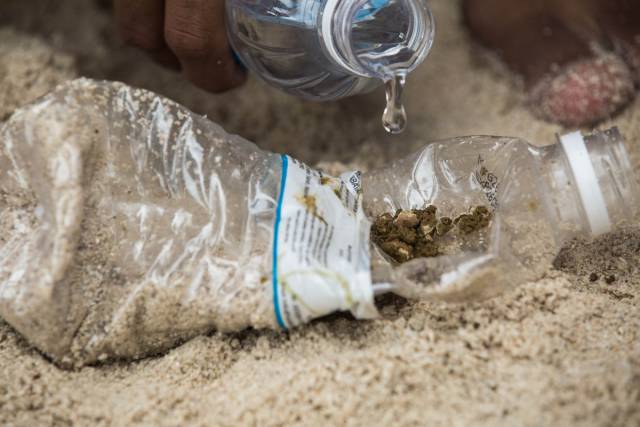 It's most commonly smeared on the face. 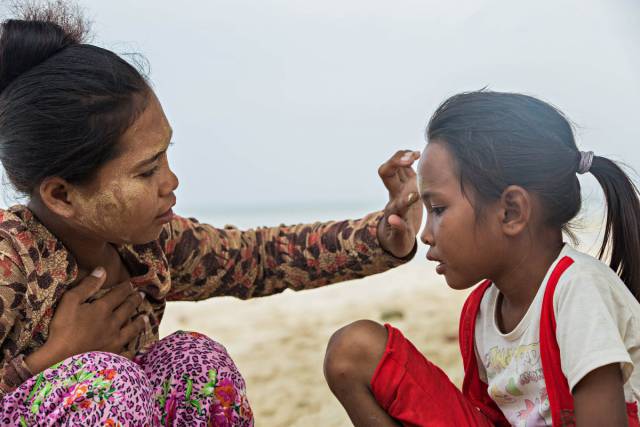 Good skin is a sign of beauty on these islands. 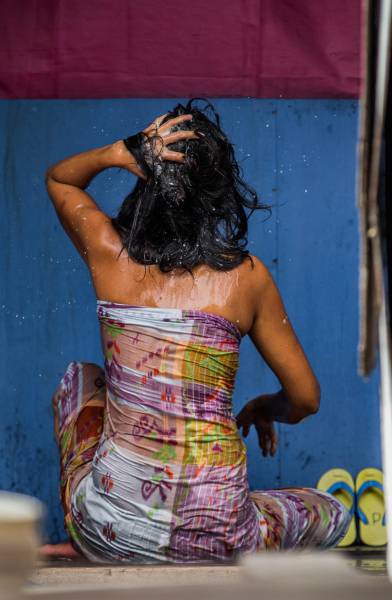 Single women use borak to help them find a husband. 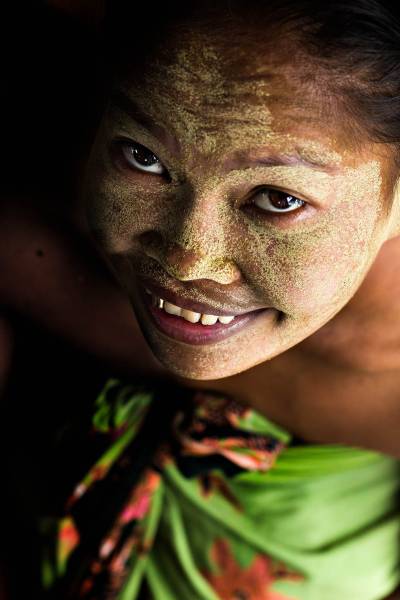 Mothers use it to protect their children's skin. 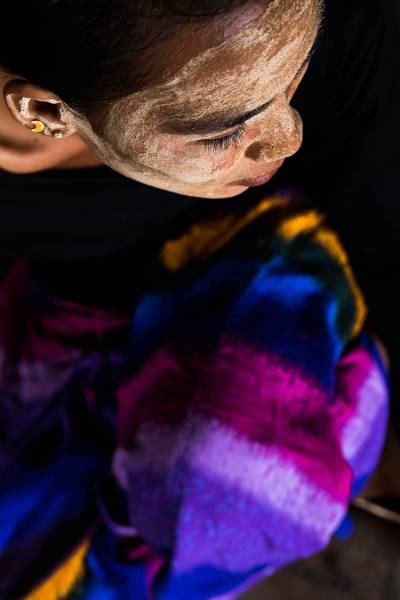 While the sea gypsies had next to nothing in common with his life, Réhahn was glad to have met these people and to have been able to immerse himself into their culture. 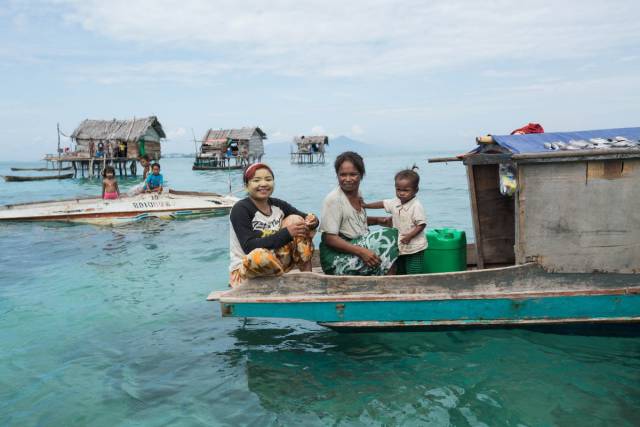 He said he felt very serene and at peace after spending time with the Bajau "in the midst of the blue immensity." 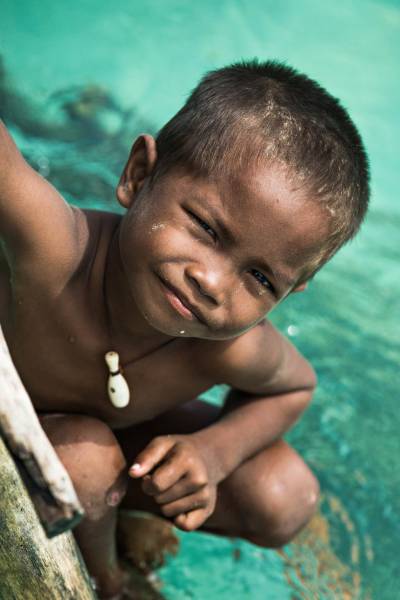 Réhahn says that although they're not recognized as part of any country, the sea gypsies choose to live in "their own little paradise." 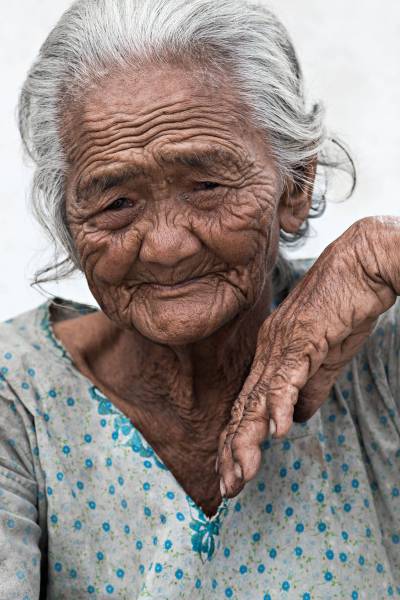