Ogopogo
Our very own Canadian monster legend, Ogopogo lives in Lake Okanagan in BC. While most of our lakes have monsters, this one is the most well known, and has been the subject of speculation for at least a century, with grainy photographs being passed around and stories of a mysterious bump on the bottom of your boat. 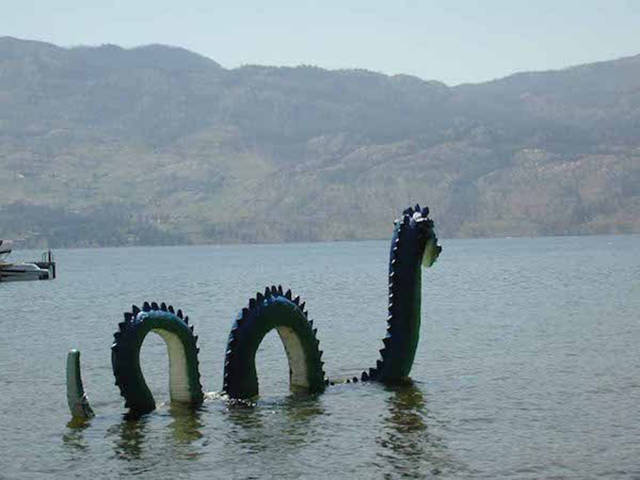 First seen in West Virginia in 1966, there’s been several sightings of a winged man with glowing red eyes, standing 7-8 feet tall. It never spoke, but just shrieked and flew away. With over 100 hundred sightings over a few years, there was a bit of a pandemic, then it tapered off and hasn’t been seen since the 60’s/70’s. 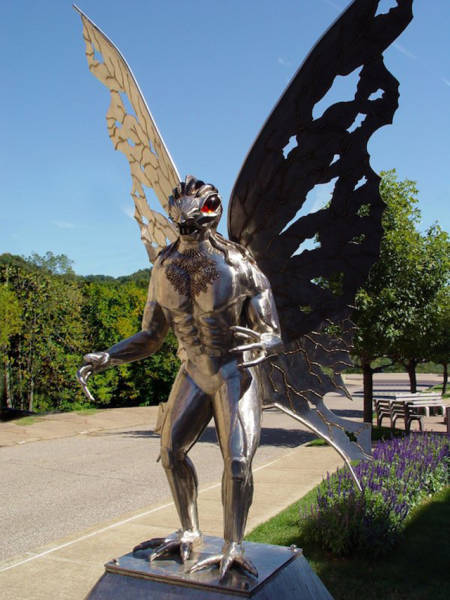 The Wendigo comes from the Algonquin folklore of Canada/US of a skinny horned man/beast that is always hungry. It’s a supernatural curse that possesses people and causes them to resort to cannibalism. Though not seen or mentioned much today, the Wendigo is a key figure in native mythological traditions. 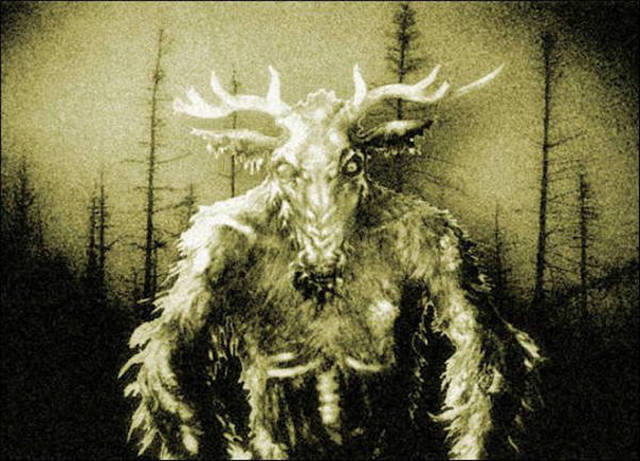 Also called the Leeds Devil, the history of this creature goes back 300 years to a farm in the Pine Barrens area of New Jersey. Mrs. Leeds apparently cursed her 13th child in utero and when it was born, it came out as a demon, and has haunted the woods ever since. Reports of a tall, kangaroo-looking demon, with wings, horns and a tail have prevailed in this area, with witnesses claiming that it stalked them then screamed at them.

And now you know where they got the name for their hockey team. 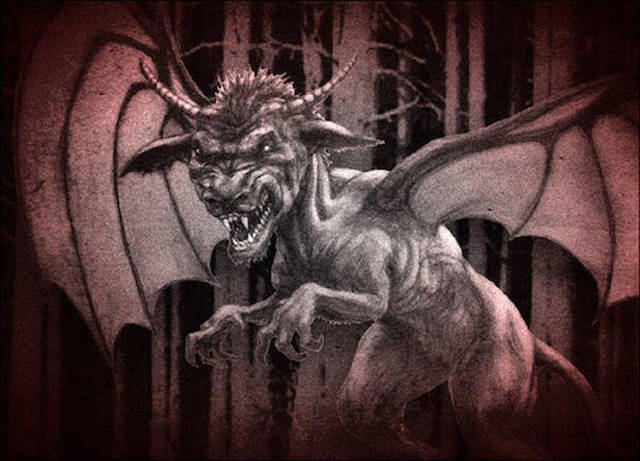 Short for Missouri Monster, this guy’s kind of like a bigfoot, covered in black hair and is 6-7 feet tall. He was originally spotted in the late 40’s, then sightings died down. Then in the early 70’s a boy’s dog went missing and while a foul-smelling lair and evidence of a dog being eaten was found, no creature was tracked down. To this day, claims of seeing the Momo still happen. 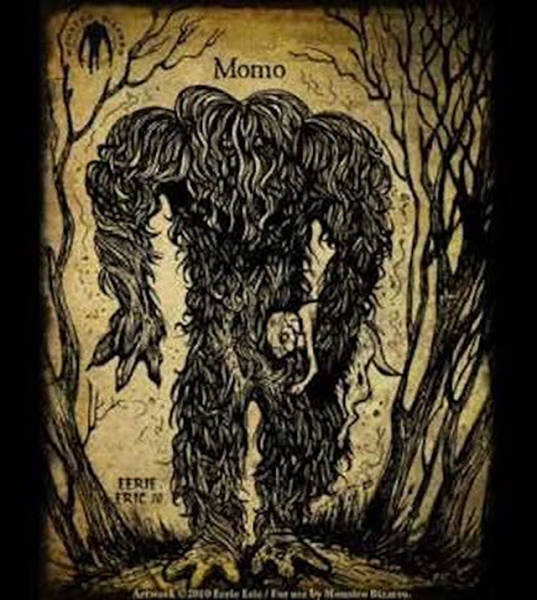 The Loogaroo haunts the off the coast of North America, in the West Indies, specifically Haiti, Grenada and the Dominican. It’s a take on the french monster “Loup Garou” which is a werewolf. The Loogaroo is more of a shapeshifting witch/wizard that can take the form of other monsters, and goes around sucking blood. It’s basically an amalgamation of all the monster myths out there. The blood it takes, it offers to the devil for more power, and if it takes too much from you, you’ll become a Loogaroo yourself. 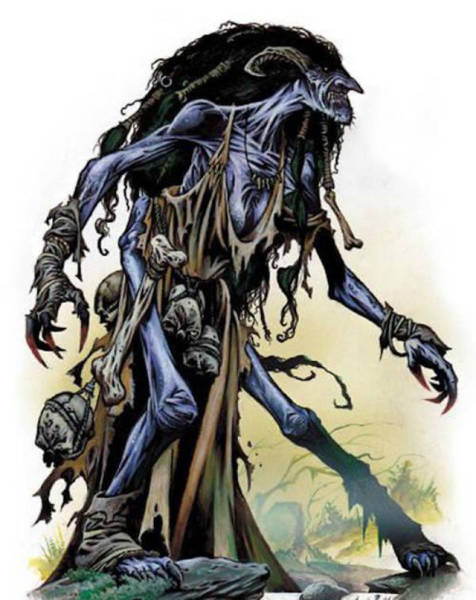 The Hodag is a ferocious animal that’s native to Wisconsin. It’s got horns on it’s head and spines along it’s back, with the mouth of a frog and huge muscular legs. The first people to find one, said that it took dynamite to kill it. Pretty scary to see one of those come tearing out the forest, it it is indeed real. 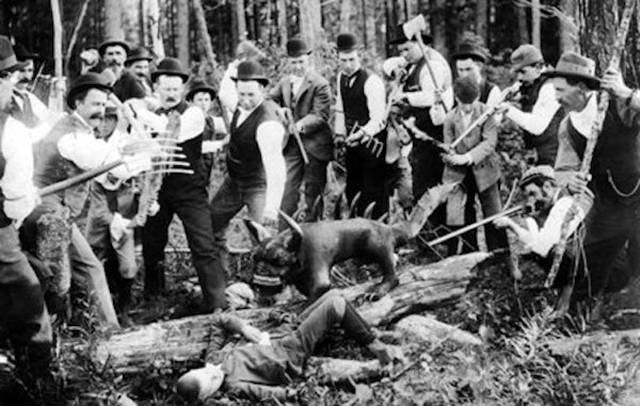 La Llorona is the tale of the weeping woman. Once she was the envy of her New Mexico town, turning down suitors until she settled with a rancher and bore two kids. Then there’s two versions of the story. In one talke, as her beauty faded, the husband grew bored and spent more time with his sons and in the company of other women. She grew jealous and drowned them in the river. In the other version of the story, she was off cavorting with other men and wasn’t paying attention, and her sons drowned. In either case, it was her fault and her grief drove her to drown herself.

She now wanders the river looking for others to drown and serves as a cautionary tale told to children to keep them away from the water. 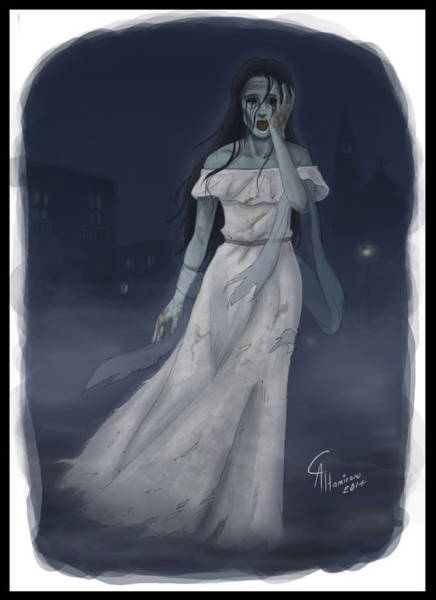 The Jackalope is a cross between an antelope and a jackrabbit, and is generally seen all over the prairies of the US and even sometimes in Alberta and Manitoba. They’re pretty smart creatures, but can be lured with whisky then captured. Though most assume they’re extinct, you can still find some mounted heads all over the country of the noble Jackalope. 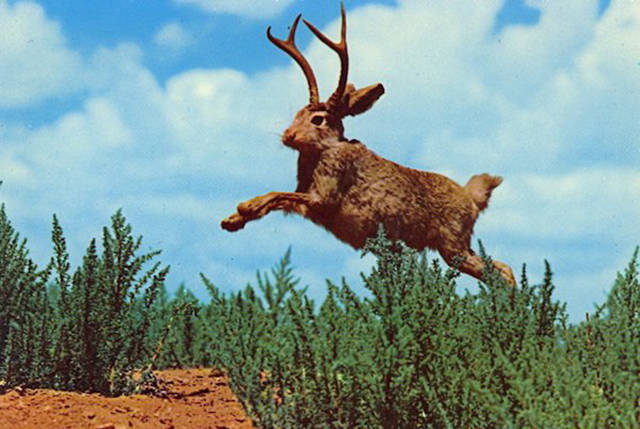 Originally seen in the late 1800’s in Arkansas, the Gowrow is a 20-foot long reptile with tusks that slithered out of caves and lakes to eat livestock. It was apparently named after the sound that it makes as it attacks. There’s a story that one enterprising man was able to catch one and had it for display in a tent for a quarter admission, but had to cancel the event when the creature escaped, unseen. Sneaky… 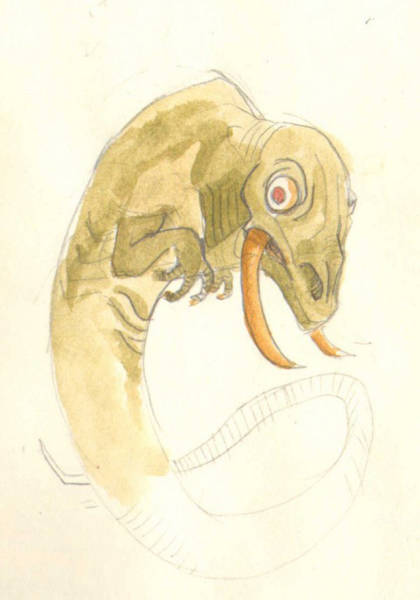 The Beast of Bladenboro

Suspected to be a large, catlike creature, it was notorious in the 50’s and 60’s for dragging cattle and small mammals away from farms and leaving them exsanguinated. Plenty of locals and hunters tried to find the monster, to no avail. The town, tired of all the vampire beast hoopla, shot a mountain lion and dressed it up for display and called the hunt off. To this day, however, locals still insist that the beast roams the land, and each year they have a festival to celebrate the legend. 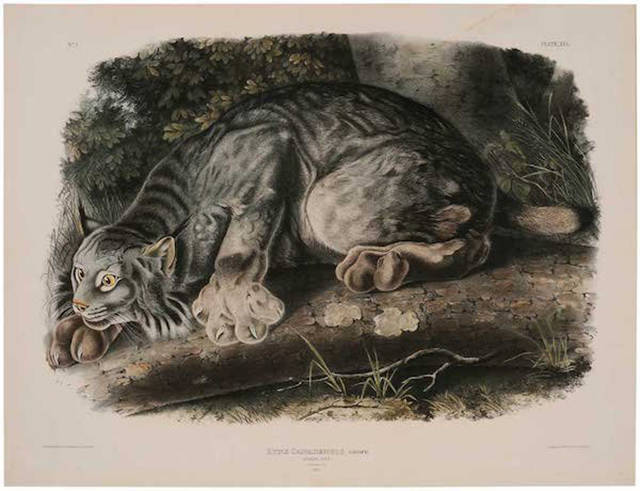 This guy appears from time to time in the deep south of the US, but most of the sightings come from Florida. The creature is known as the Skunk Ape, due to a horrible smell that surrounds the vaguely ape-ish creature. So far there’s been a few sightings that have been chalked up to an escaped Orangutan, but none have ever been reported missing. So far, some grainy photos exist and some horses and dogs have gone missing over the years. 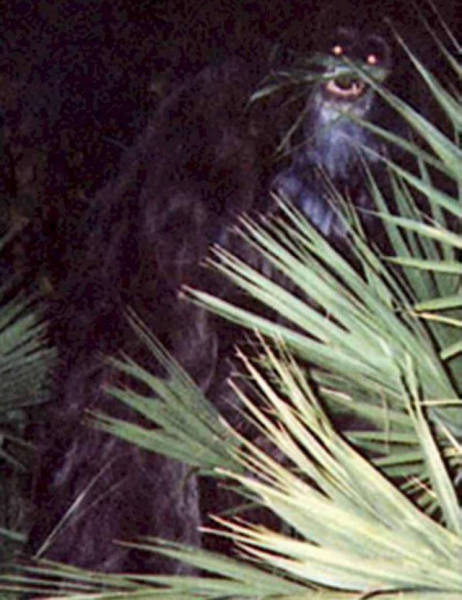 Mainly found in Mexico, the southwestern US and Puerto Rico, this mysterious creature is notorious for attacking animals. Chupacabra means goat sucker, and those who’ve seen one describe it as a small hairless bear or large dog-like creature. Some even claim to have found a chupacabra carcass, but it turned out to be a coyote with mange. Still, some believe that it’s out there. 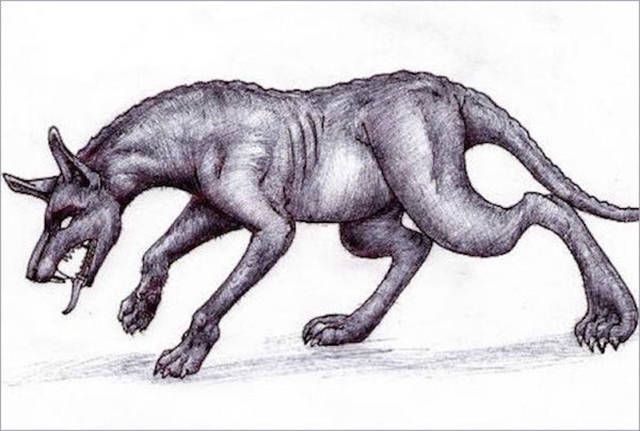 Found in Loveland, Ohio, this man-sized frog was seen by several police officers, but tended to grow in size every time the story was told. At first it was only 3 feet tall, and ran away, then it evolved to being closer to 5 feet, running on two legs, and emitting sparks from one of it’s hands. 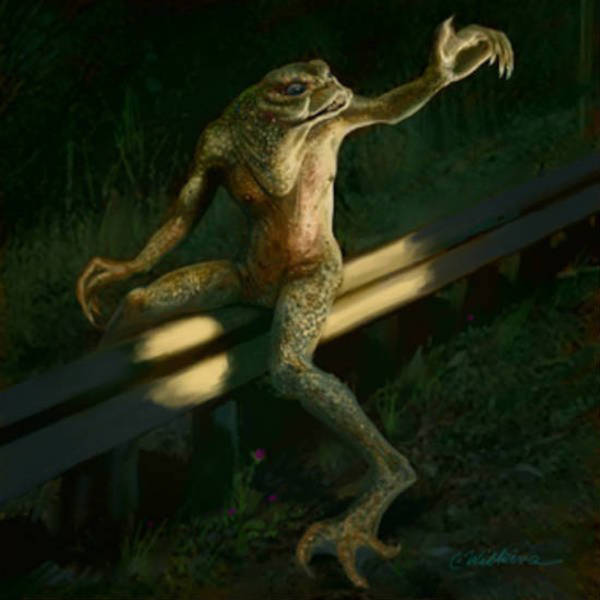 Probably the most common of all mythical creatures, the Sasquatch, also known as Bigfoot, ranges in size, but is generally humanoid, covered in fur with a vaguely simian appearance. Usually seen in the Pacific northwest of the US and Canada, the only evidence of the creature are footprints and poor quality video, leading most to think that the Sasquatch is a hoax. Other experts believe that it’s possible that such a creature could, in actuality, exist and is just good at hiding. 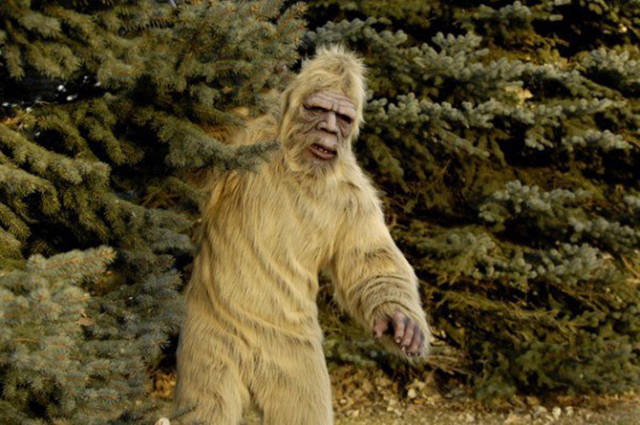