5,130 Olympic and Paralympic medals are being made for the Rio Olympics. It takes 48 hours to make each medal. Here is how they are made.

The medals are made by workers in Casa da Moeda do Brasil, the Brazilian mint. It's located right outside of Rio de Janeiro, in Santa Cruz. 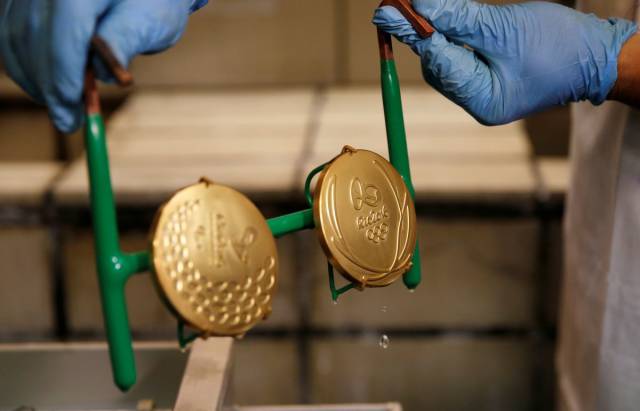 The design is sketched out on a computer. 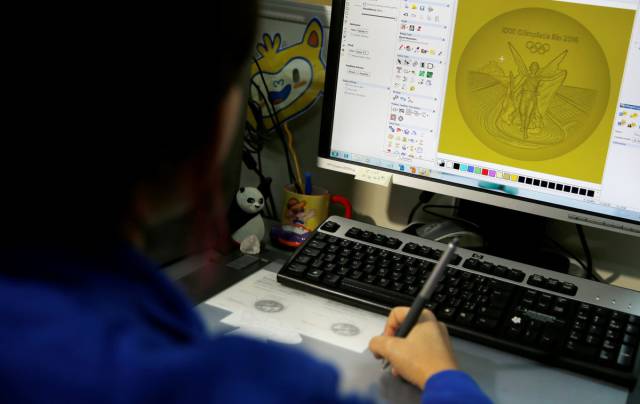 Then the designs are made into a mold. 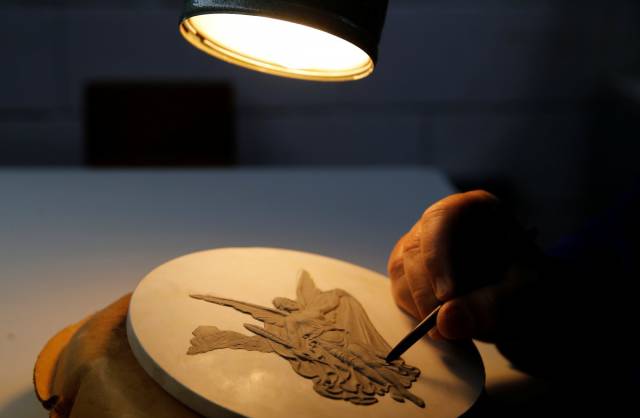 Nike, the winged goddess of victory in Ancient Greece, is minted on one side below the five Olympic rings. The other side has the Rio 2016 logo. 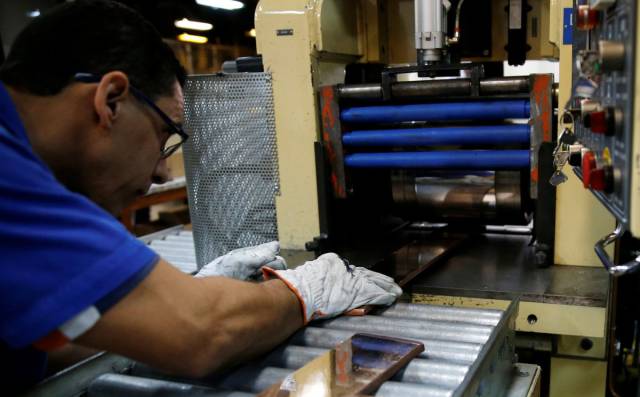 After the mold is made, workers pour molten metal into it. The metal is just 1.2% gold, mostly for plating. Around 99% of it is made of silver. 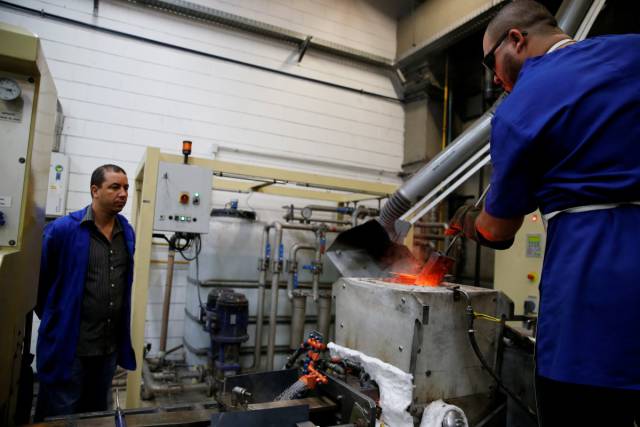 The sport is engraved along its edge. This one's for men's volleyball. 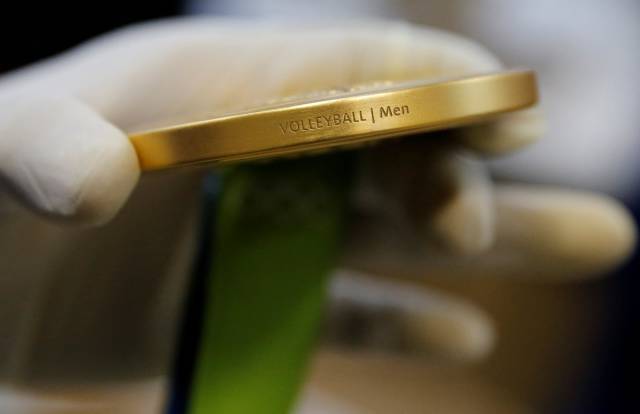 A worker shows an Olympic medal for men's volleyball.REUTERS/Sergio Moraes 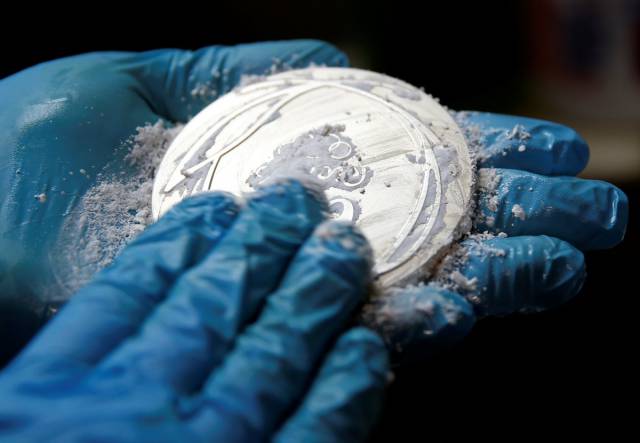 And all the residue is washed off. 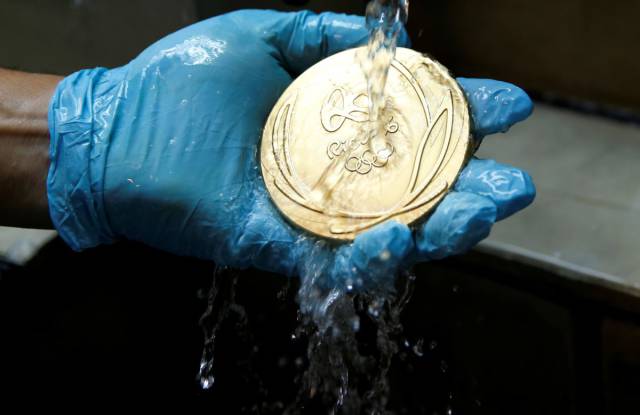 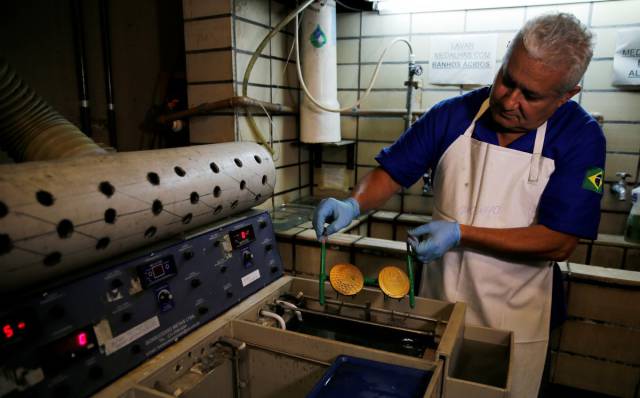 Each medals takes about 48 hours to make. 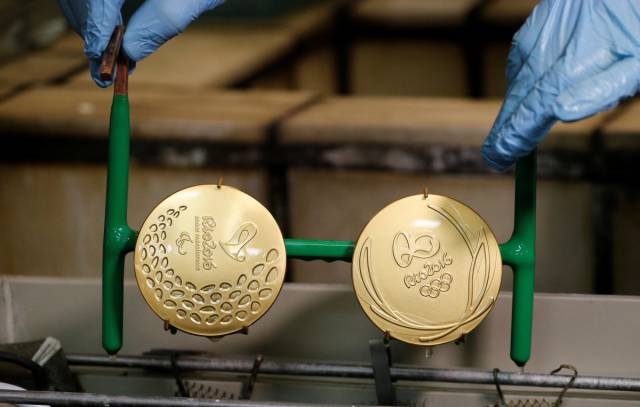 The Brazilian mint employs 80 people to work on them around the clock. 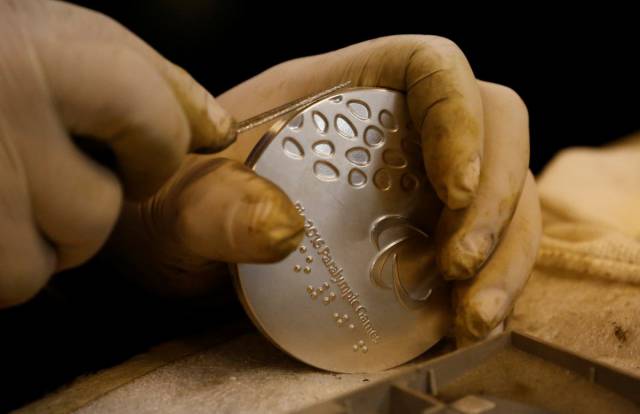 "It's a great honor and a great responsibility," said Victor Hugo Berbert, the head of medal-making at the mint. 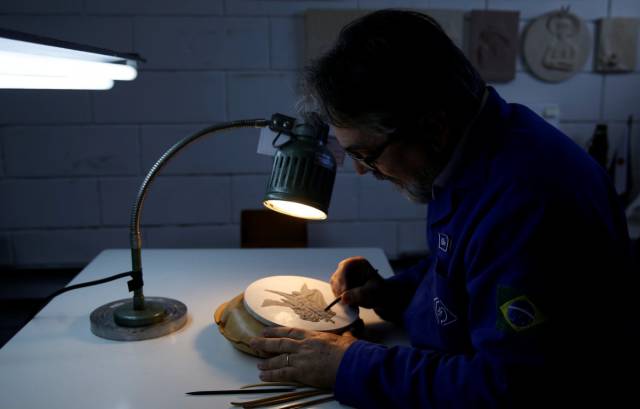 Every detail is precisely carved... 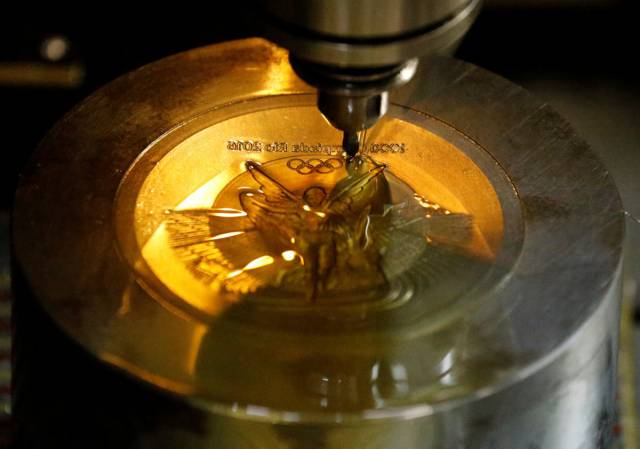 They're varnished for shininess. 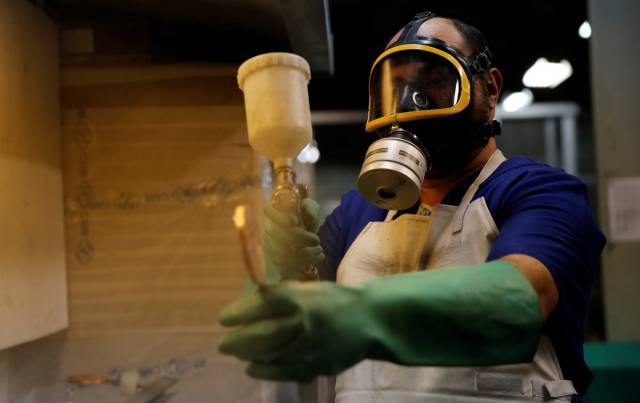 Rio's Olympic medals are the most sustainable in history. 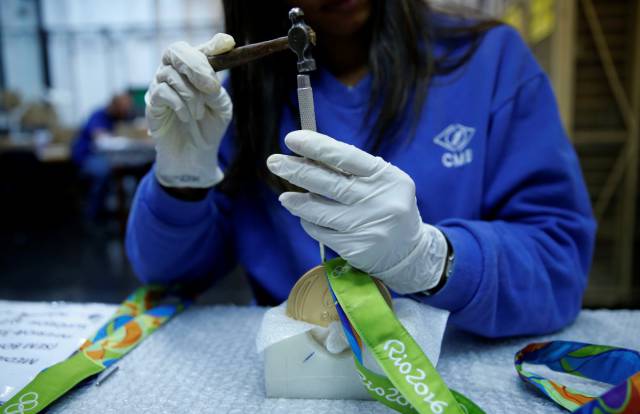 A lot of the silver is recycled from old mirrors and X-ray plates. 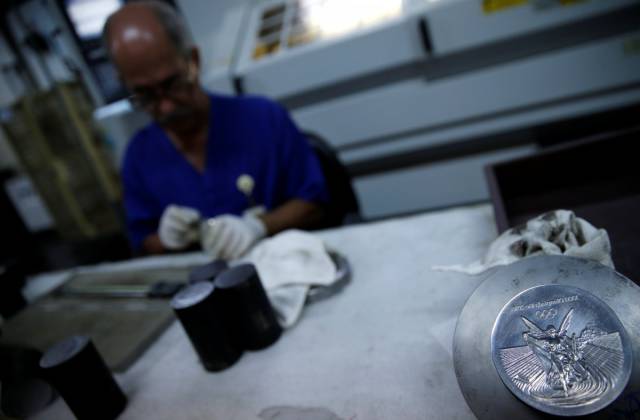 The gold doesn't have any mercury, which is often used in gold purification and can poison ecosystems. 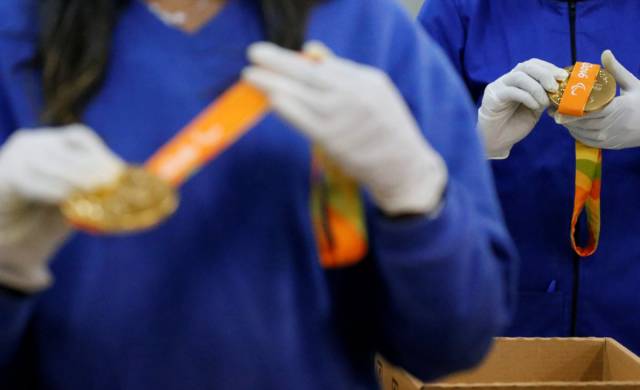 Each medal has its own wooden container. 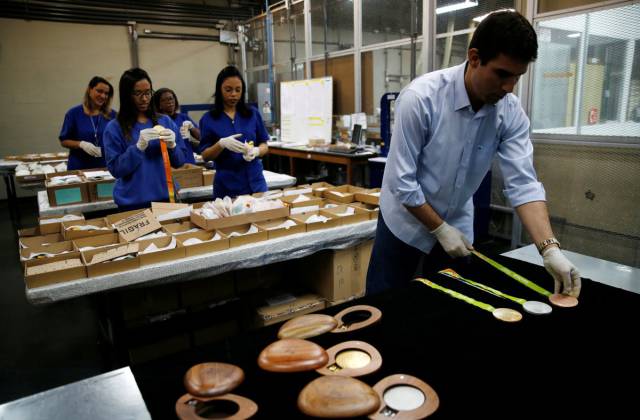 The medals come with the ribbon, so they can be worn as soon as they're awarded. 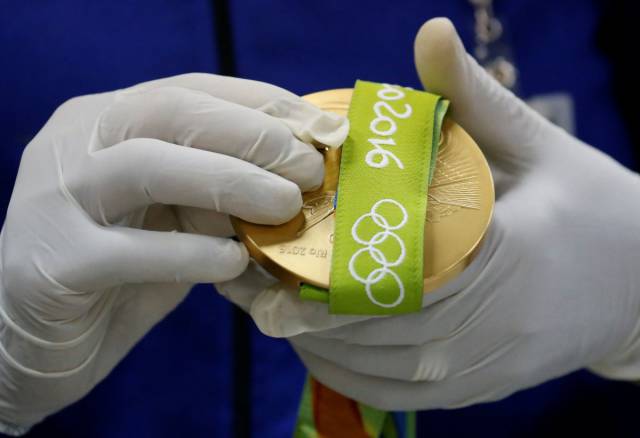 They're individually wrapped for safety. 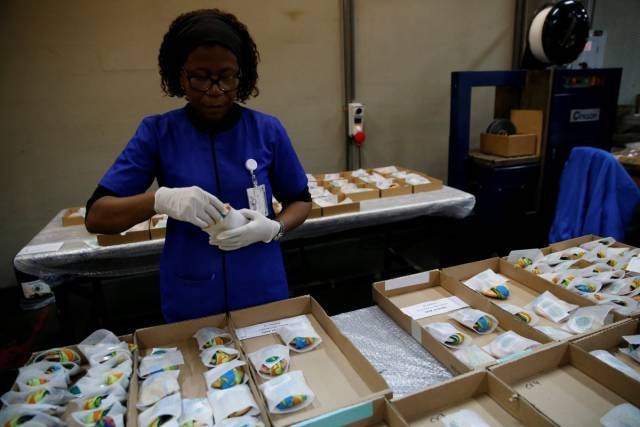 Here's what the finished versions of the Rio Olympic medals look like. 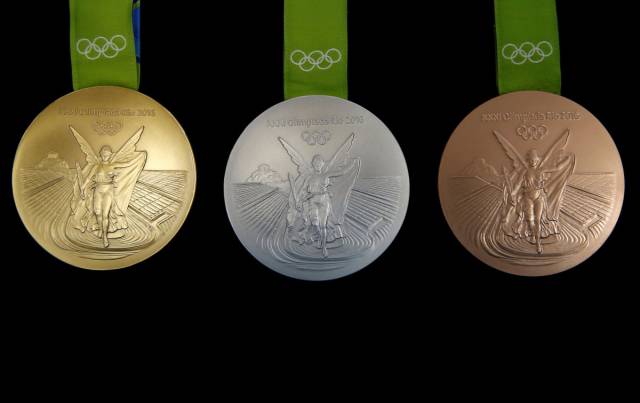 The gold, silver, and bronze ones all have the same design. 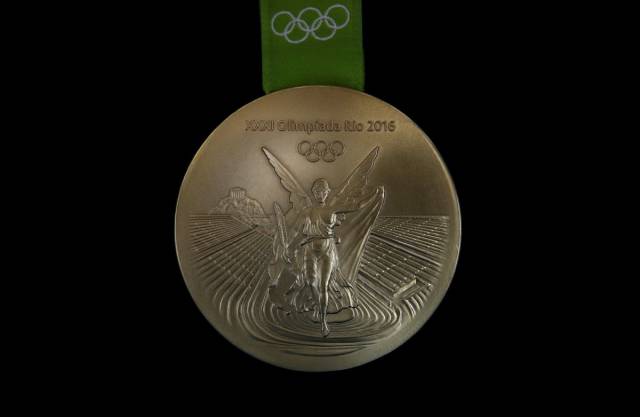 But of course, winning a gold one is way cooler than winning the other ones. 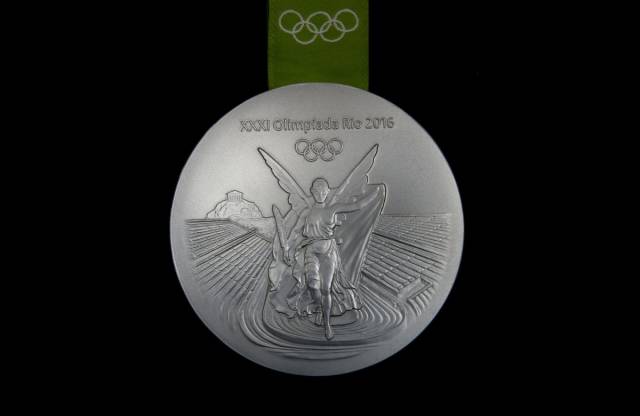 The details in the engraving really come out in the finished product. 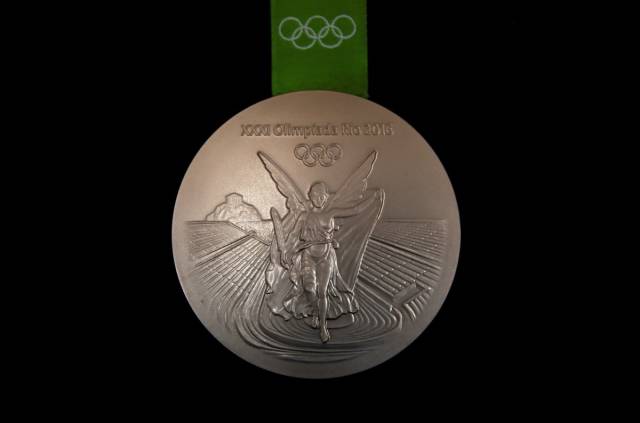