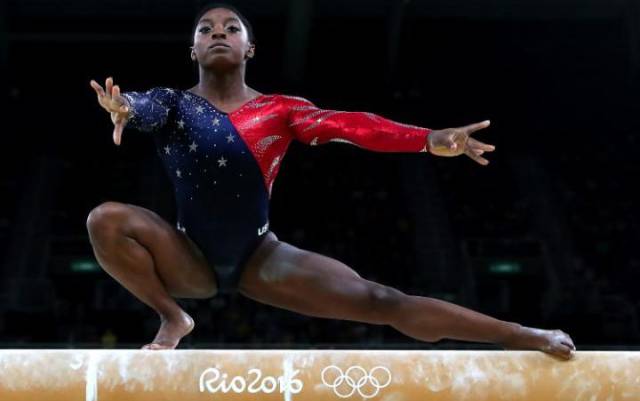 Standing at 4ft 8in tall and weighing in at little more than seven stone, Simone Biles is a pocket rocket like no other.

Biles is just 19 years old but is already seen by many as the greatest gymnast in history.

She is the most successful woman in the history of the World Championships, with 10 gold medals in the last three years, and has risen to such stardom in the United States that she graced the front cover of TIME magazine's Olympic edition. 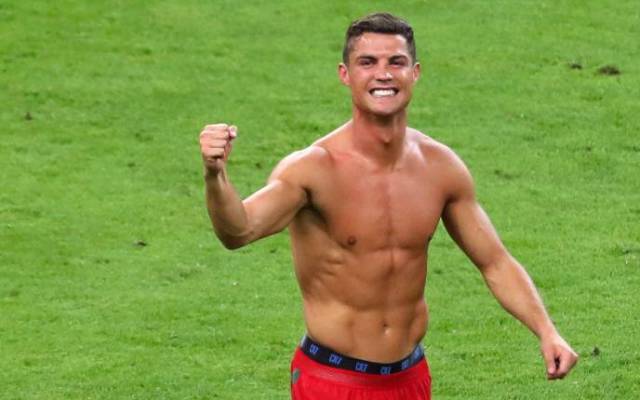 The Messi v Ronaldo debate will rage for years to come, and there's no use trying to confront it here. What cannot be denied, though, is that Cristiano Ronaldo is the superior physical specimen.

Over 6ft tall, strong with both feet, unstoppable in the air and lightning fast, Ronaldo is the physical manifestation of the dream footballer.

Such is Ronaldo's dedication to his fitness that he has maintained all his physical prowess despite reaching the now relatively-old age of 31. 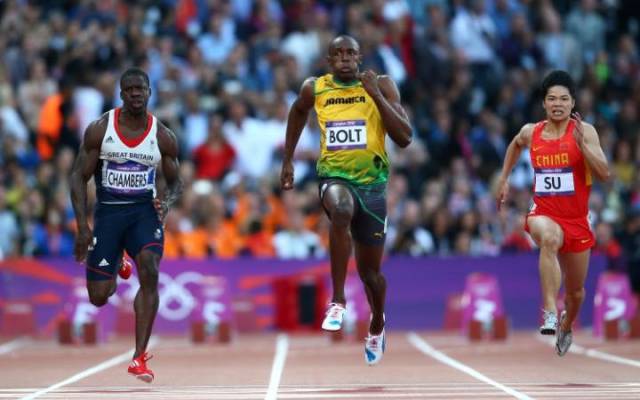 Forget the chicken nugget-guzzling, the braggadocio and the Samba dancers in his pre-tournament press conference. Forget the hype.

For when you strip it down to its core you get this: Usain Bolt is the fastest human to ever walk this planet.

By the accepted laws of physiology, Usain Bolt is too tall to be a great sprinter. But the 6ft 5in superhuman laughs in the face of logic and reason, posting world record times in the 100m and 200m in a glittering career. Raw, unadulterated talent. Perhaps the greatest athlete of all time. 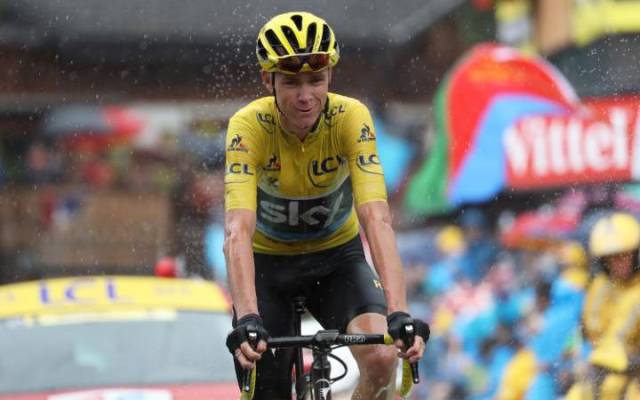 One of the keys to Froome's success is his lung power. The 31-year-old has a VO2 max (the maximum rate of oxygen consumption) of 88.2. To give you some context, the average VO2 max for an active person is between 40 and 50.

A clear sign of the physical development Froome has undergone in the last decade is his weight. In 2007, Froome's race weight was 11 stone 9, but for this year's Tour he got it down to 10 stone 6. 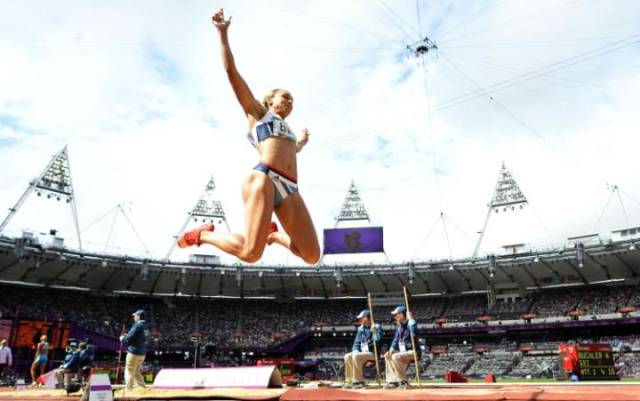 Any Olympic champion and two-time world champion in a multi-event discipline like the heptathlon must be included on a list of greatest athletes.

Jessica Ennis-Hill is all that, but she is also doubly deserving on a place on this list after winning gold at the 2015 World Championships after giving birth to her son Reggie.

Now 30, the Rio Olympics is likely to be Ennis-Hill's last appearance at the highest level of the biggest stage - enjoy it while you can. 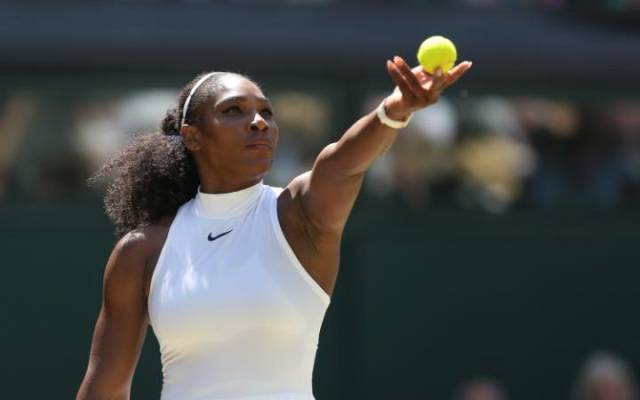 Serena Williams is the world's highest paid female athlete over the last year, according to Forbes, and she has won more than twice as much in prize money as any other female athlete.

Her serve, which has been labelled "the most important shot in tennis history", is the perfect example of her power and her dominance over the rest of the women's field.

Williams regularly clocks up serves over 120mph, and the sheer weight of her groundstrokes has been the driving force behind a remarkable career which has yielded 22 Grand Slam titles, including seven in the last three years. 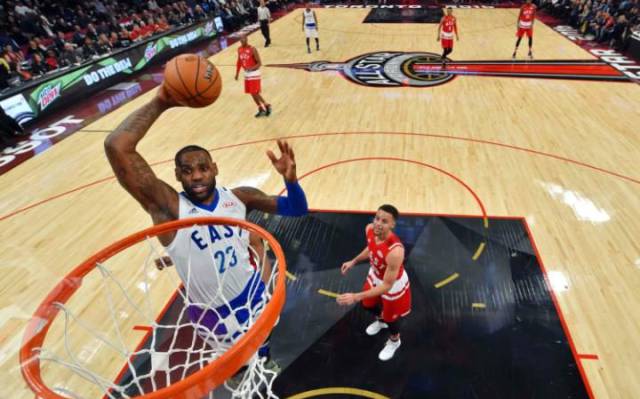 If Usain Bolt should not be able to run at the speed he does at his height, then LeBron James is even more of a phsyical freak of nature.

James is 6ft 8in tall and weighs nearly 18 stone, but has been able to duck, weave, swerve and leap his way into the history books as one of the NBA's greatest ever players.

James may not have the remarkable shooting ability of Steph Curry, but when it comes down to athletic prowess, he is unrivalled. 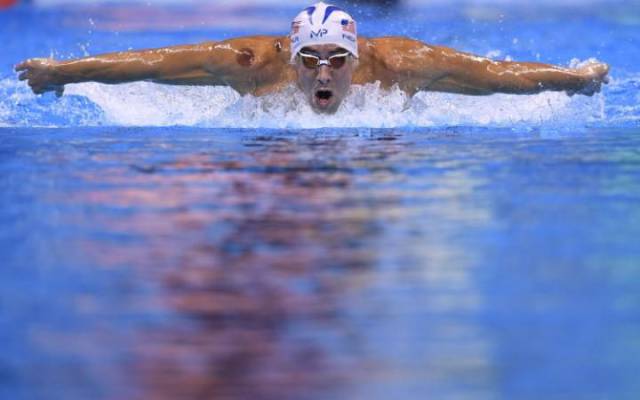 Just like Cristiano Ronaldo is built to score goals, Michael Phelps is built to win golds.

Unquestionably the greatest swimmer ever, it could be argued that he is the greatest athlete of all time, too.

Phelps is 6ft 4in but has a wingspan of 6ft 7in, while his size 14 feet work as flippers in the water. He also has the ability to hyperextend his joints, giving him greater flexibility in the water.

Phelps reported to have double-jointed ankles, which give those feet-flippers added movement in the water. 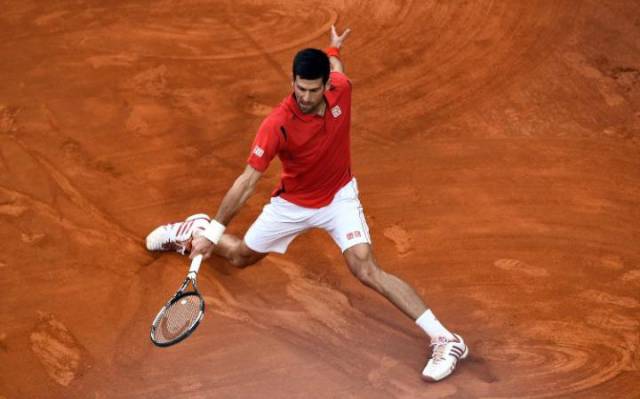 Novak Djokovic is just as comfortable sliding into the splits on the grass of Centre Court as he is at powering a winner past his hapless opponent on the Parisian clay.

In terms of mobility, Djokovic is streets ahead. He appears to be made of elastic at times, while his ability to contort his body into the most proposterous of shapes has made him one of the best defensive players of all time, if not the best.

Although he faltered at Wimbledon, Djokovic has won four of the last five Grand Slam titles. With 12 overall, he is quickly honing in on Roger Federer's record of 17. 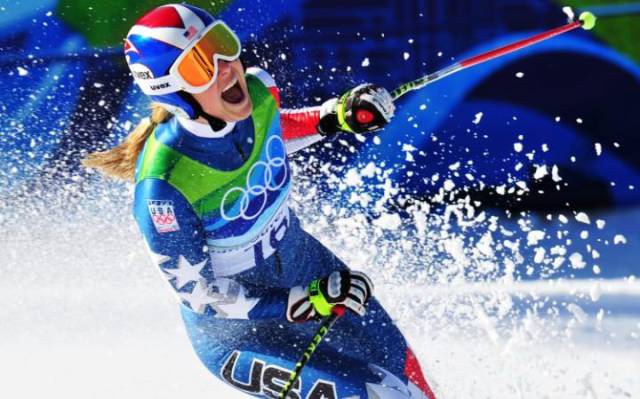 Lindsey Vonn, the Laureus World Sportswoman of the year in 2010, is just one of only two female skiers to have won four World Cup overall championships, and is the first American winner of gold medal in downhill skiing.

Vonn is also one of few skiers to transcend the sport, and has been a major media figure in the United States, where she frequently appears on television and in magazines.

A prodigious talent, Vonn competed in her first race at the age of 7 and was taking part in international competitions just two years later. 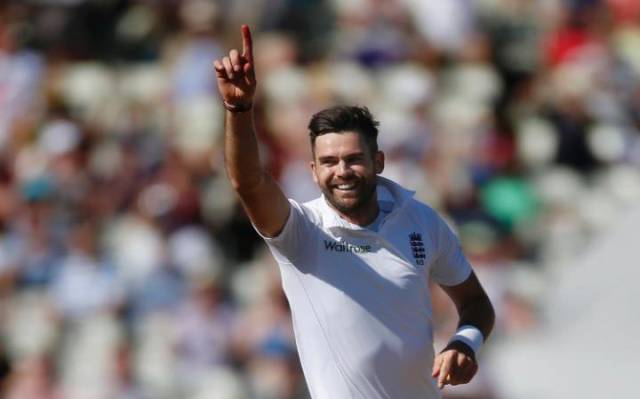 James Anderson is, once again, the best bowler in Test cricket, according to the bowling rankings.

The 34-year-old has taken more wickets in an England shirt than anyone else and continues to astound with a use of swing and seam that is almost professorial.

Even more impressively, he largely avoids the kind of injuries that bedevil fast bowlers, and is still one of England's best fielders. 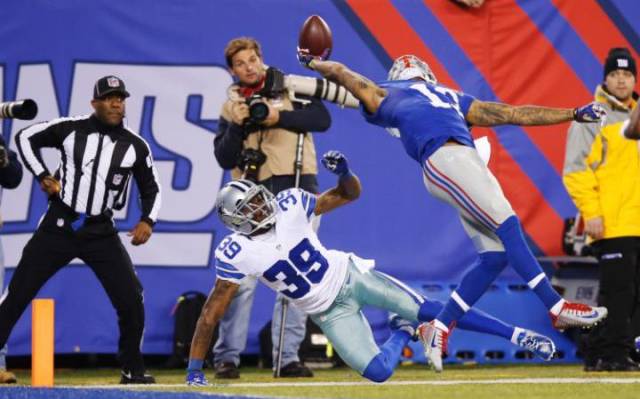 New York Giants wide receiver Odell Beckham Jr has shot to global fame thanks to a few outrageous catches, but there's a lot more to him than a handful of viral Vines.

In terms of physical dominance, he is only 5ft 11in tall and around 13.5 stone, but he has enormous hands that are 10 inches long, and wears a 3XL size glove.

He is also rapid across the ground and has a terrific leap. 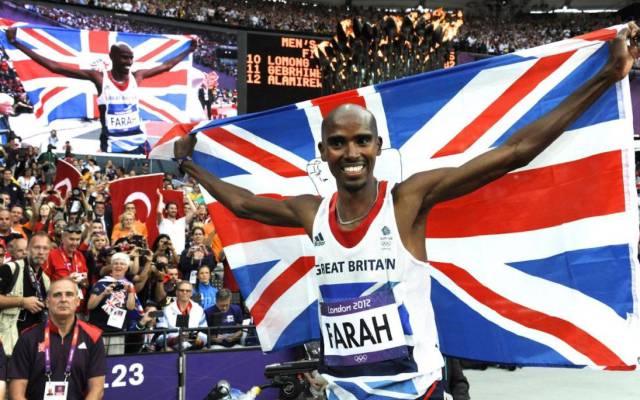 It is rare for one man to dominate the hugely competitive field of long-distance running, and still less for that man to represent one of the sub-Saharan nations.

Mo Farah has proved the exception: true, he was born in Somalia, but having been schooled and trained in Great Britain, he has broken Africa's stranglehold on the discipline and made himself nigh-on unbeatable over both 5,000m and 10,000m.

An attempt to move up to marathon distance had to be aborted, but this is still a stellar competitor, whose legend would simply be enshrined forever if he goes on to win two more golds in Rio. 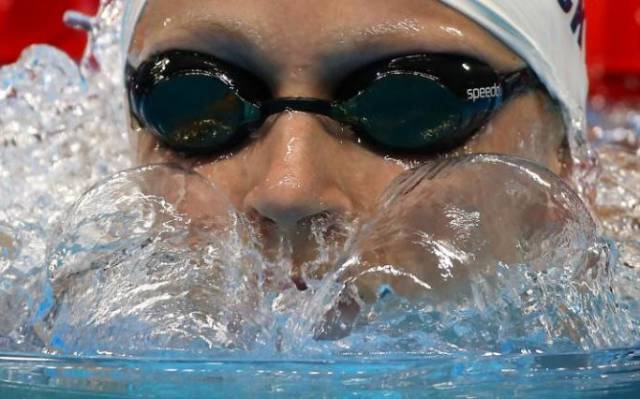 The US teenager has laid waste to the history books since emerging onto the world scene at the London 2012 Olympics, when she won 800m freestyle gold.

She has already collected one gold and one silver in Rio and will expect to pick up around three more golds before the event comes to an end.

Nobody is better in freestyle events, and she appears to have made no enemies - a rare feat in a cut-throat sporting world. 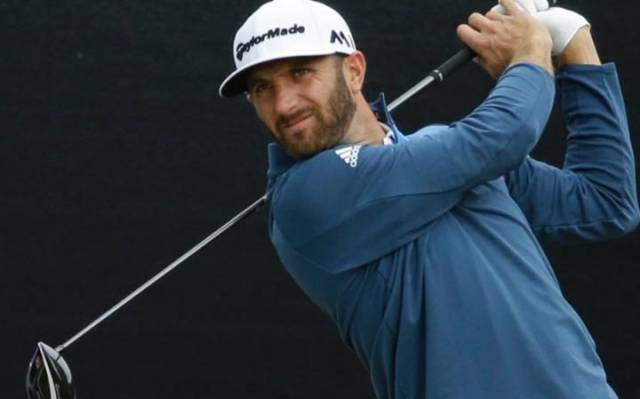 He may not be the most consistent of elite golfers, but Dustin 'DJ' Johnson is certainly its most titanic figure.

Johnson's power off the tee is a sight to behold, and he leads the way in eating up the yards on some of golf's hardest courses.

If he can get his head in the right frame of mind on a more consistent basis, he could be one of the true greats of the game. 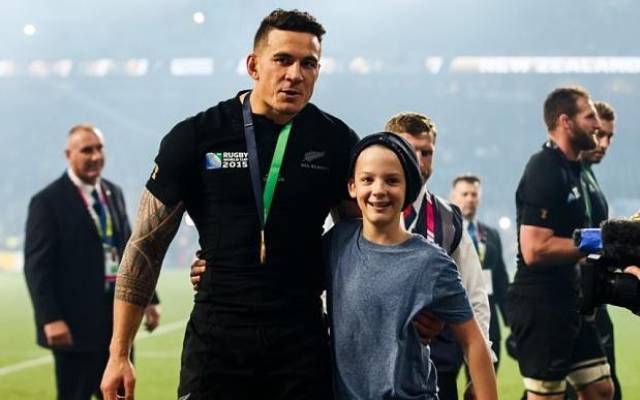 Another physical specimen, Sonny Bill-Williams has redefined the role of the centre with his innate ability to find space and, more importantly, the way he seems to be able to offload the ball in any situation.

As further proof of Williams's athletic prowess, he is also an unbeaten heavyweight boxer, with seven wins in seven fights, including three knockouts. 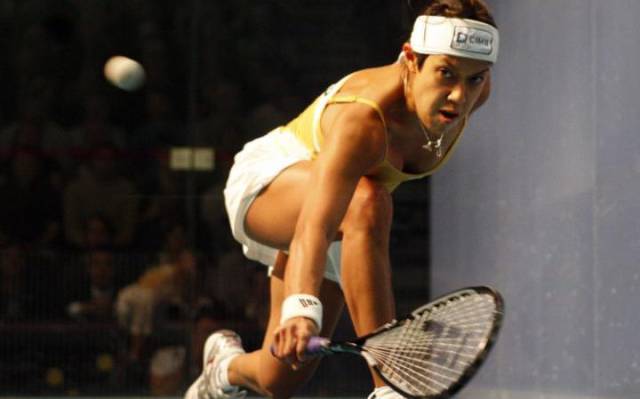 Not many athletes can claim to have enjoyed the sort of dominance Nicol David has had in the world of squash.

The 32-year-old Malaysian was world number one for a record 109 months until September last year, and has won three gold medals at World Games, two Commonwealth golds, and a remarkable eight World Open titles. 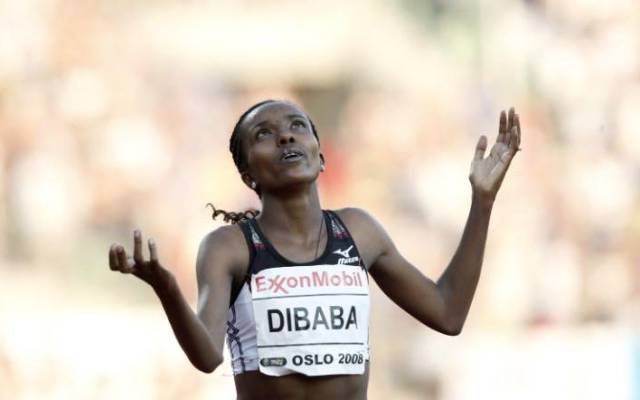 Dibaba is the undisputed Queen of the track when it comes to middle and long-distance running.

She won gold in the 1500m at the Beijing World Championships last year, has won three gold medals at World Indoor Champiosnhips and even holds two gold medals in the World Cross Country Championships.

The Ethiopian comes from a family of runners, including older sister Tirunesh, who has won five Olympic medals. 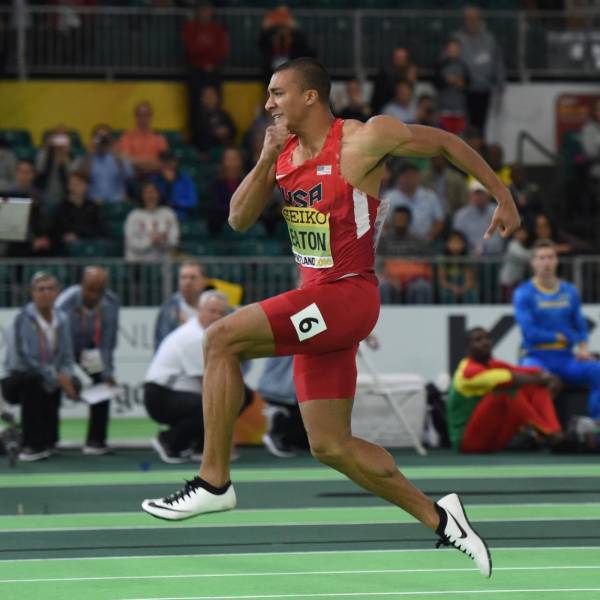 Since winning a silver medal in the 2011 World Championships in Daegu, Eaton has claimed gold in three world indoor championships, two world championships and, of course, the London 2012 Olympic games.

He is one of the most high-profile track and field stars in the United States, and recently appeared in Vogue alongside model Gigi Hadid. 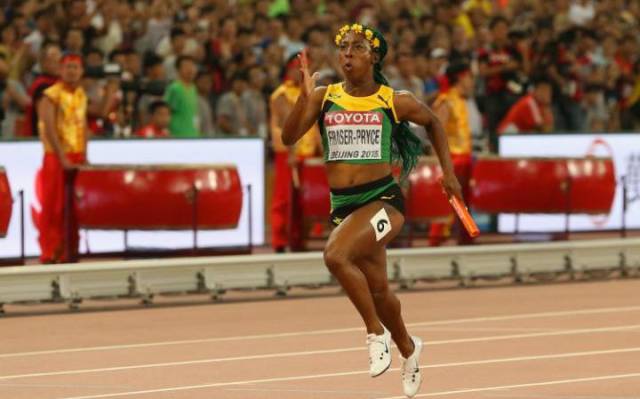 Standing at just 5ft tall, Fraser-Pryce is almost the complete opposite to Usain Bolt in terms of physical shape and running style.

But she is just as dominant on the track, winning Olympic golds at the Beijing and London Games, as well as gold at the 2009, 2013 and 2015 World Championships.

A slight blemish on her record is a six-month ban after she tested positive for a banned painkiller.