Someone found "geoglyphs" in Kazakhstan. Scientists believe they were created by ancient civilizations. 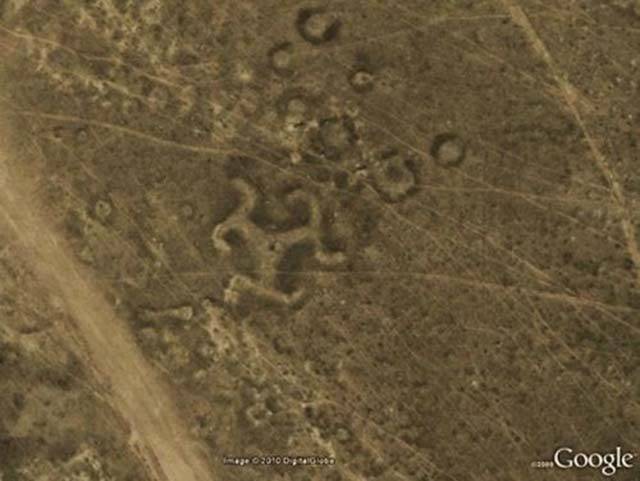 The ultra-secret Area 6 was only recently discovered using Google Earth.

It's a secret U.S. air base on the Yucca flats in the Nevada desert. 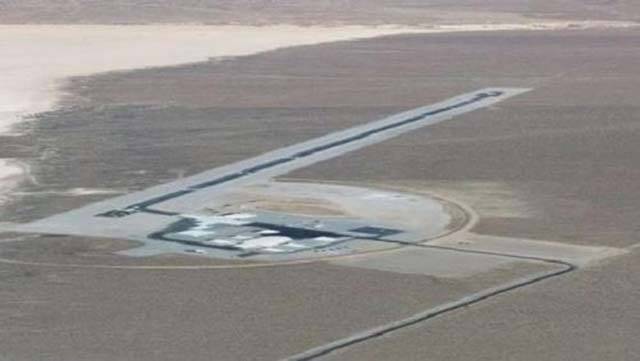 Geoglyphs found in Jordan show the sunrise on the winter solstice. 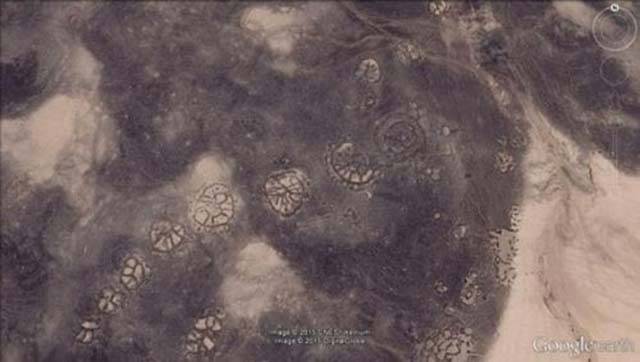 Sandy Island actually doesn't exist. It was placed there due to some faulty recordings from over a century ago, though it no longer appears on Google Maps. 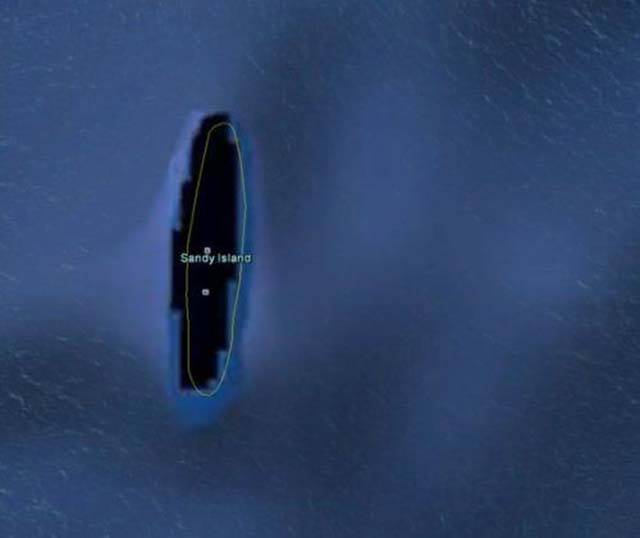 Google Maps shows a blood-red lake outside of Sadr City, Iraq. No one really knows why it's that color. 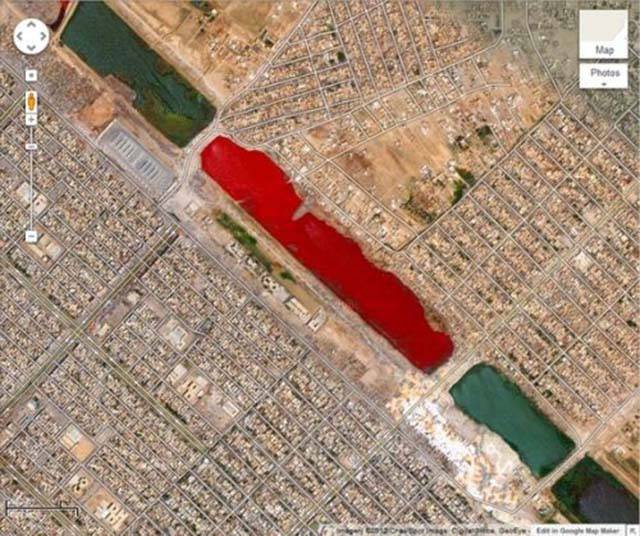 The airplane graveyard in Tuscon, Arizona. There are thousands upon thousands of planes here. 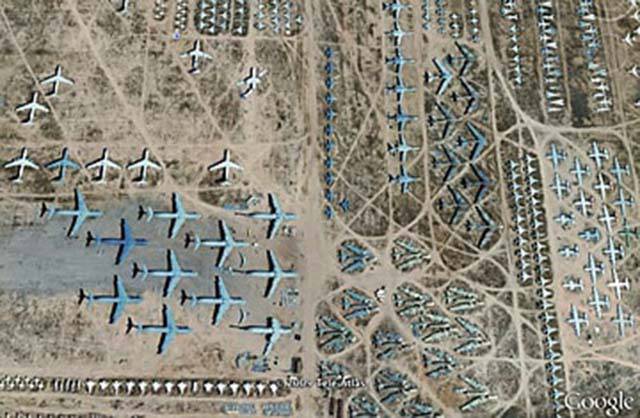 A corn maze made into the shape of Oprah's face. 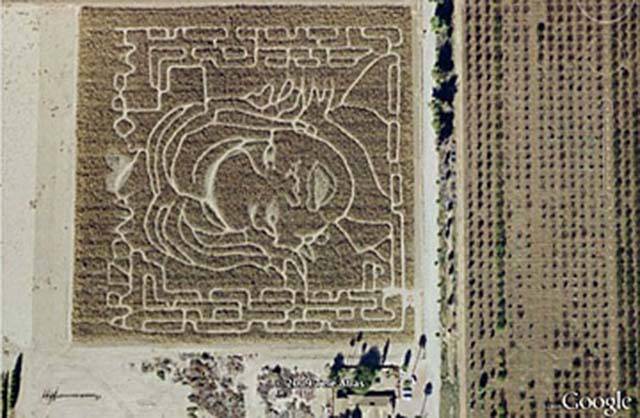 The accidental swastika made by the Coronado Naval Amphibious Base. Or was it accidental? 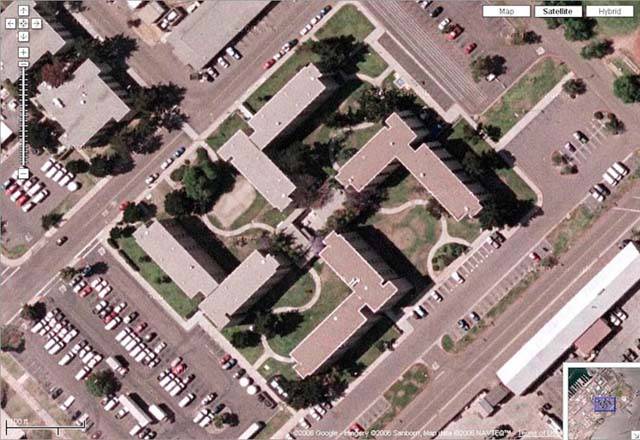 The face eroded into clay in Alberta, Canada, referred to as the "Badlands Guardian." This is entirely natural, though somewhat eerie. 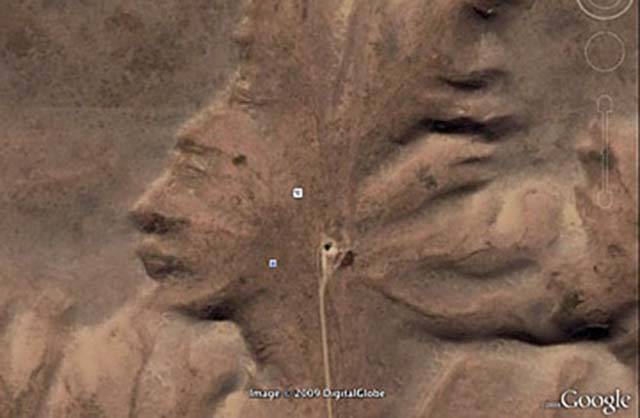 The S.S. Jassim sunk in 2003. Its wreckage is so large that Google found it. Crazy. 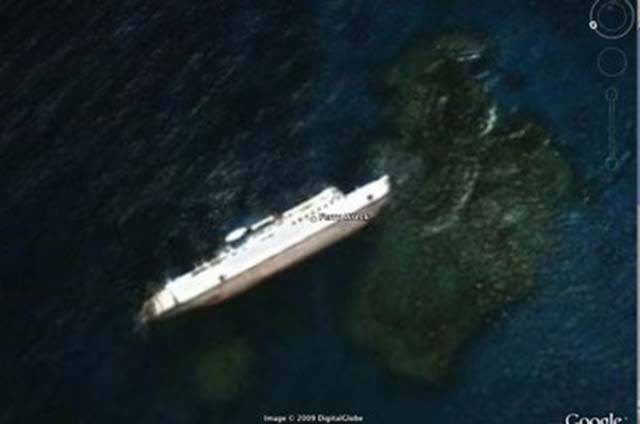 Davie Lee Niles went missing in 2006. His body wasn't found until Google captured an image of his car inside of a lake.

The reason the car wasn't seen before was because it was too murky at ground level. 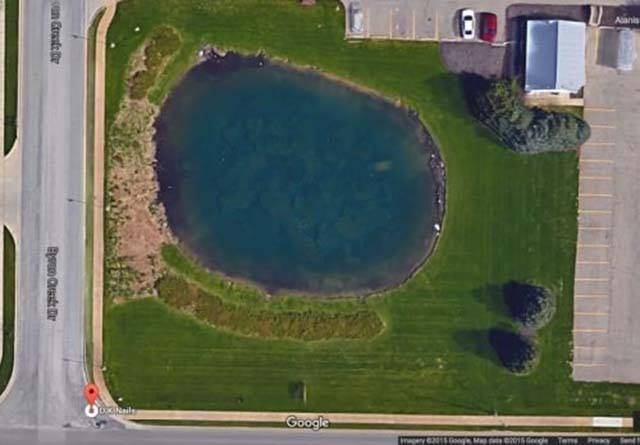