How The Rock Earns And Spends His Millions (28 PICS)

Forbes has named Dwayne Johnson aka "The Rock" the highest-paid actor in the world. Let's take a glimpse at how Dwayne Johnson spends his hard-earned cash.

Forbes named Johnson the world's highest-paid actor for 2016 with a whopping $64.5 million a year. The former wrestler works hard for his millions. 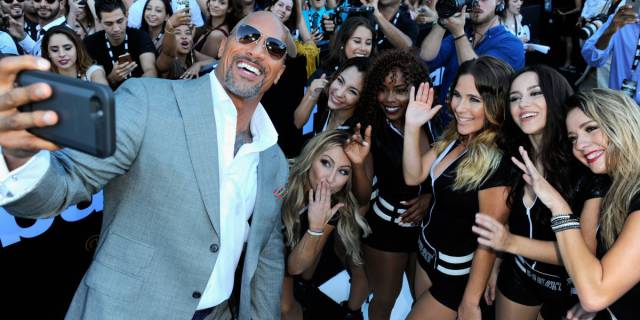 Johnson is a box-office juggernaut. Past successes have led to him commanding bigger pay days for upcoming films. 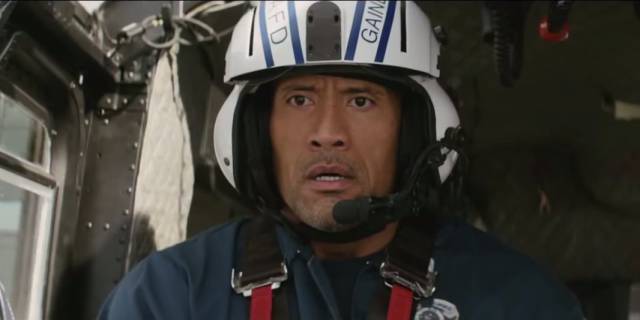 A few recent hits include: 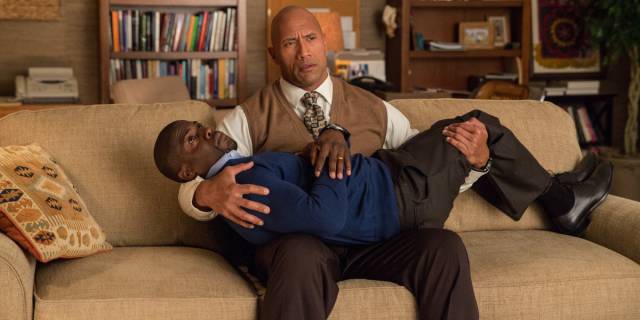 Last year, the movie star made a name for himself on TV with HBO's "Ballers," which is currently in its second season. 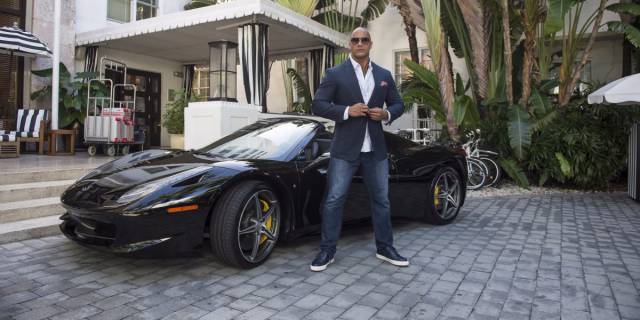 In early 2016, he teamed up with Under Armour for a global sponsorship, which also allows him to help create a line of footwear and other apparel. 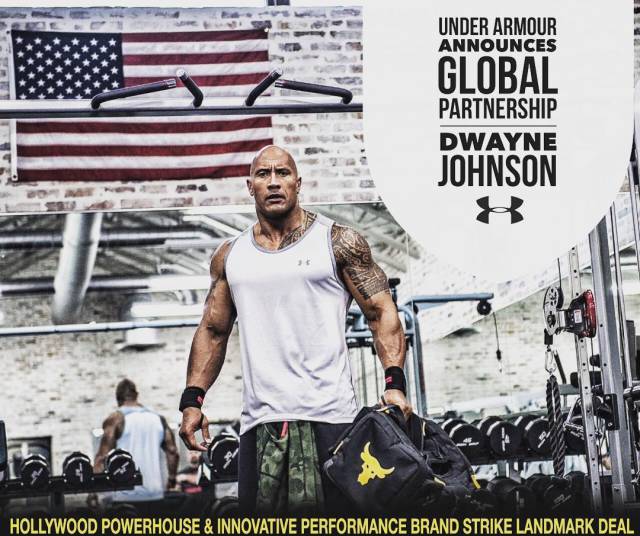 Johnson has been running 7 Bucks Productions with his ex-wife Dany Garcia since 2012. Through it, they've produced "Ballers" and Johnson's upcoming "Baywatch" movie. 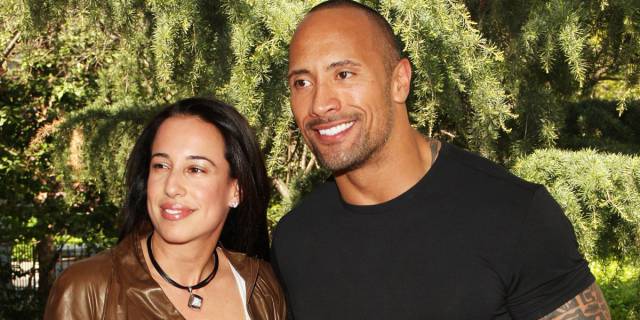 He named his production company 7 Bucks for a reason. After flying from Canada to Miami after his football career ended, he emptied his pockets and found just $7.00. 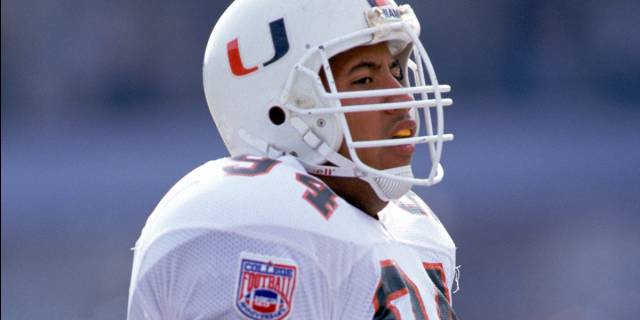 Johnson also gives back. In 2006, he founded the Dwayne Johnson Rock Foundation, a charity which works with terminally ill children. 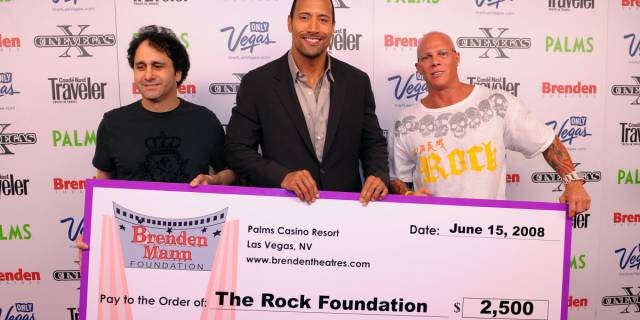 The 44-year-old has a very particular and demanding diet. Sometimes he has massive "carb up" nights. 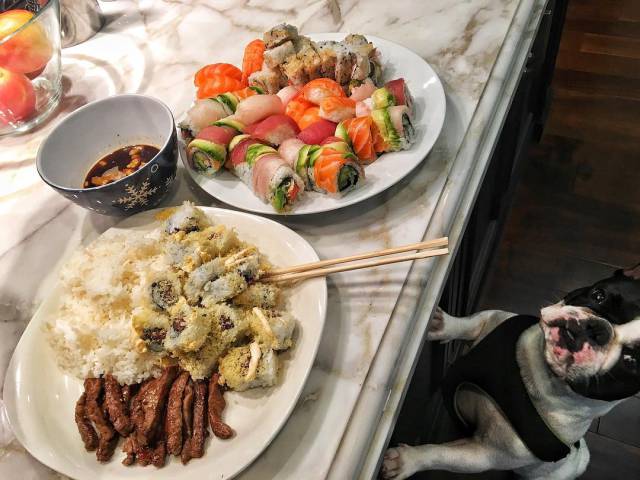 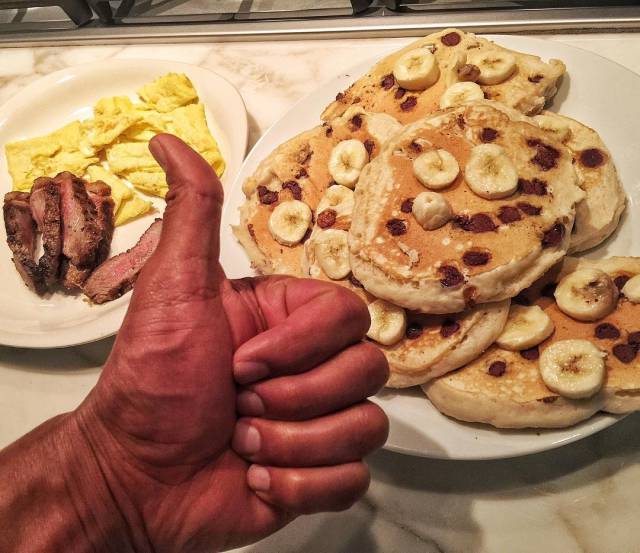 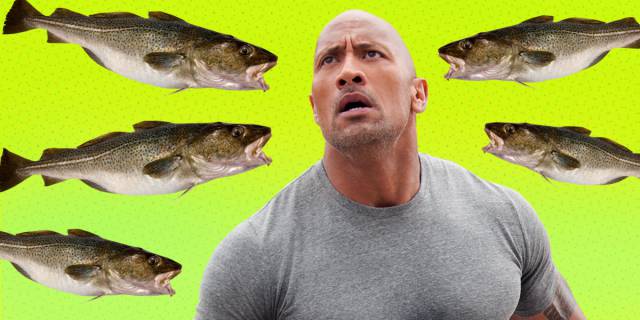 In 2015, he revealed his diet to Muscle & Fitness and FiveThirtyEight counted it all up and found that Johnson consumes 821 pounds of cod in a year. Given that cod goes for about $1.75 per pound, that means he was spending about $1,400 per year on fish.

However, in early 2016, Johnson revealed via Business Insider's Dave Mosher that he cut cod out of his diet.

To stay in tip top shape, Johnson works with several personal trainers. One of them is Aaron Williamson, who has also worked with J.K. Simmons and Jai Courtney. His programs range from $100-$250 per month. 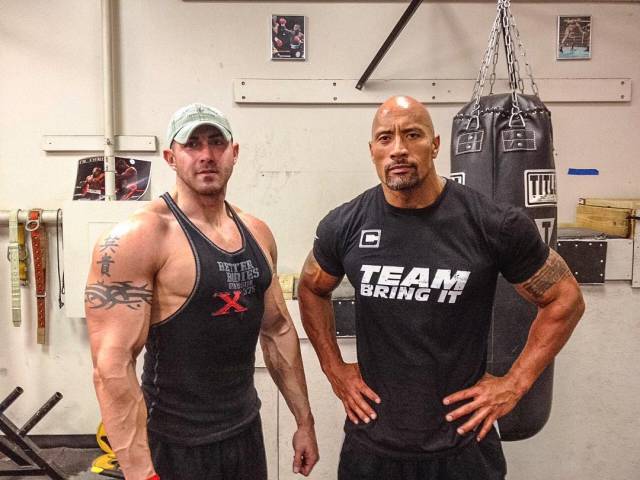 He can almost always be spotted in the gym, even on a rare day off. 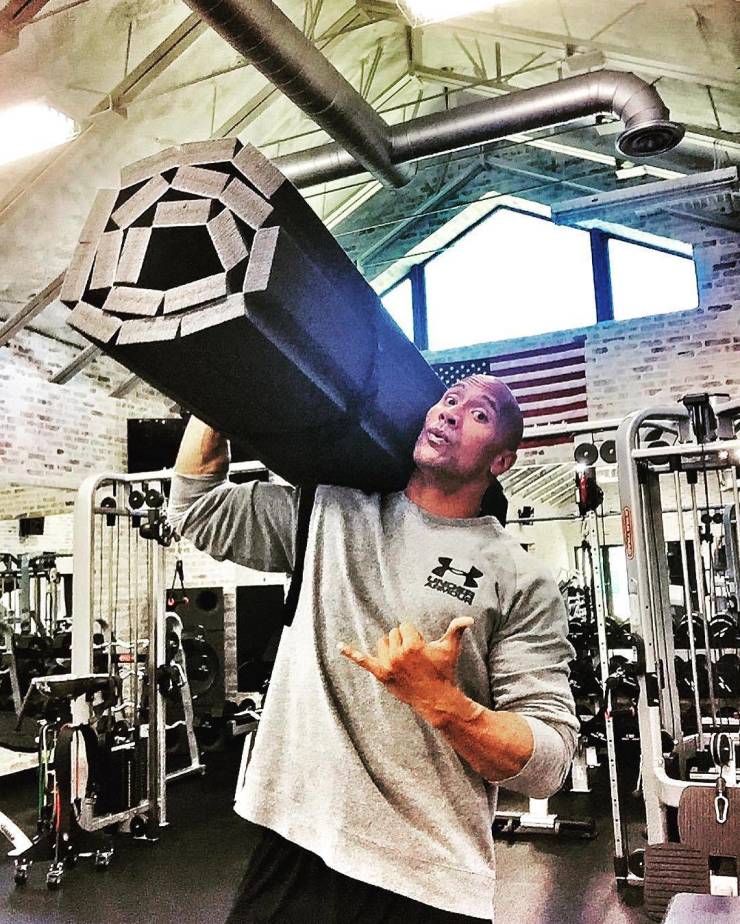 When he's not in the gym, the man loves to wear a suit. He's got a wide collection that comes in an array of colors. In January, he wore a crushed-velvet suit to the Golden Globes. 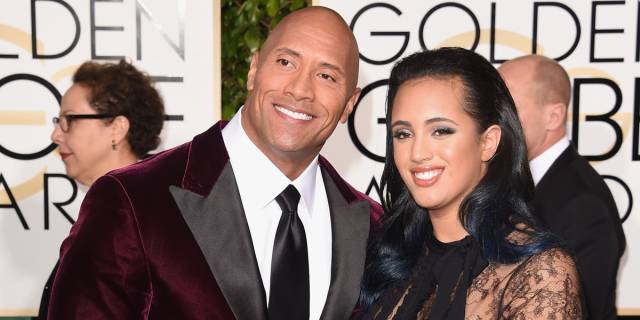 Seriously, look at these suits. 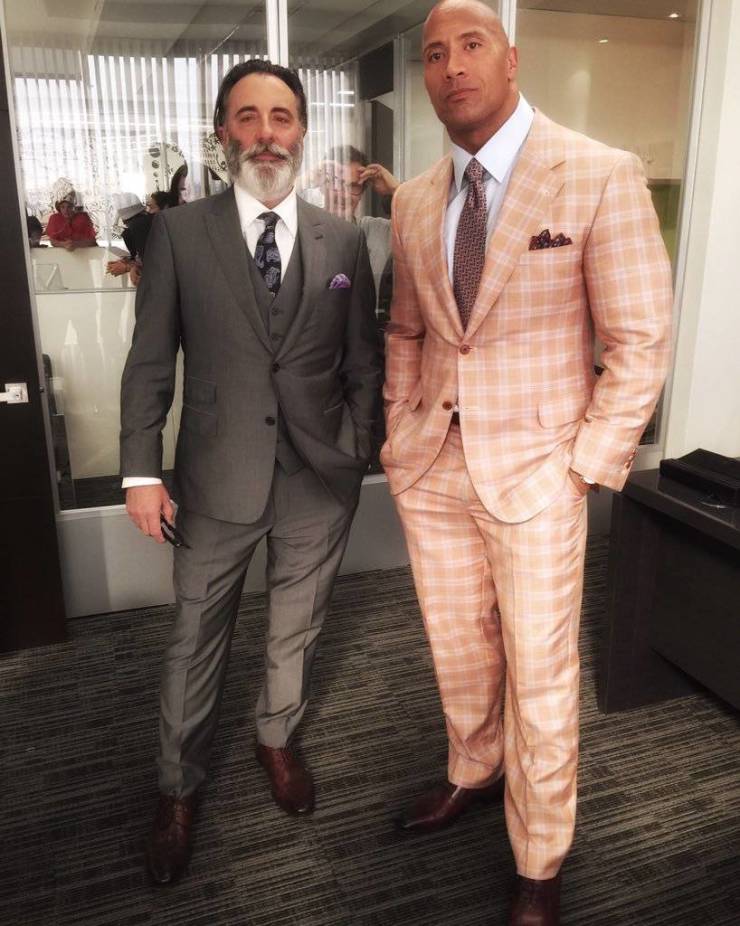 He showed up to the premiere of "Ballers" in a Pagani Huayra. This car is custom made, so the price can vary, but the regular Pagani clocks in at around $1 million. 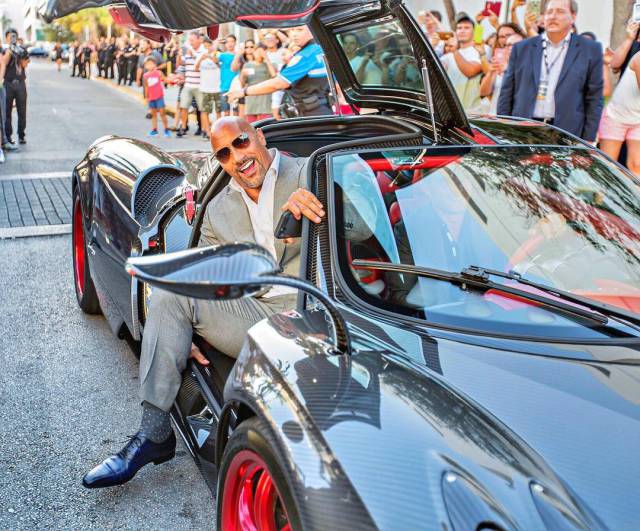 The same type of car can also be spotted in his HBO show. 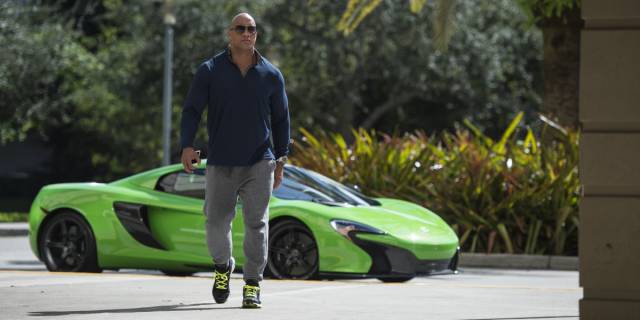 Johnson also sports a lot of ink. His chest and arm tattoos represent different parts of his heritage. He's gotten some of his tattoos done by a famed Tahitian tattoo artist named Po’oino Yrondi. 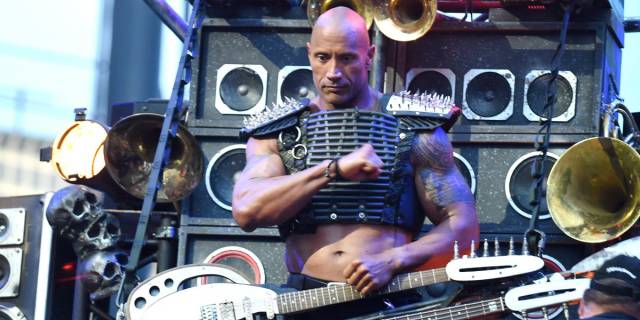 Johnson is almost always on the go and working. During his travels he stays in luxury, like in this posh place on Central Park West in New York City while doing press for "Central Intelligence." 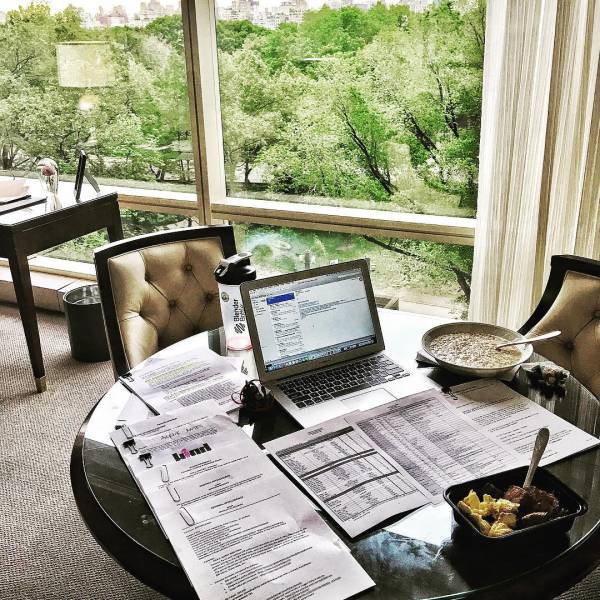 He gets from place to place in a fancy Gulfstream G650. He can often be seen bringing his family along for rides. It's unclear whether Johnson owns or rents it, but one of these planes can cost up to $65 million. 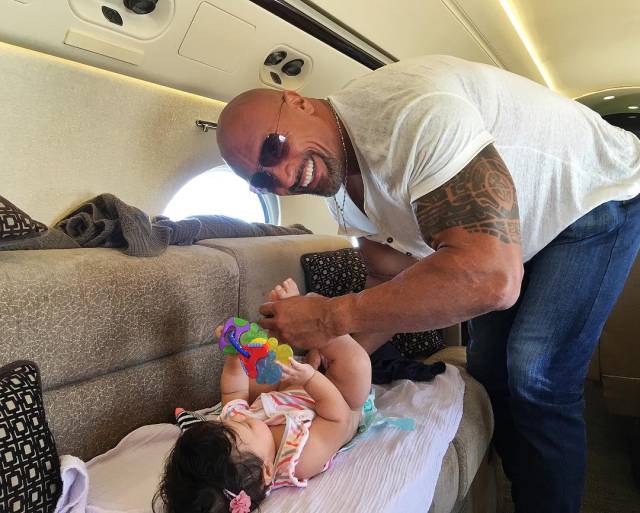 As a kid, Johnson always dreamed of owning a Rolex. The first one he ever bought, while still a wrestler, cost $35,000. 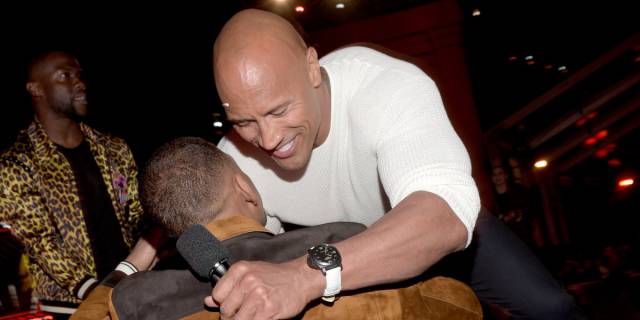 The Rock is also into the real-estate game. He's had a few million-dollar mansions, and, according to Zillow, he has sold about 10 homes in the past decade in Florida alone. 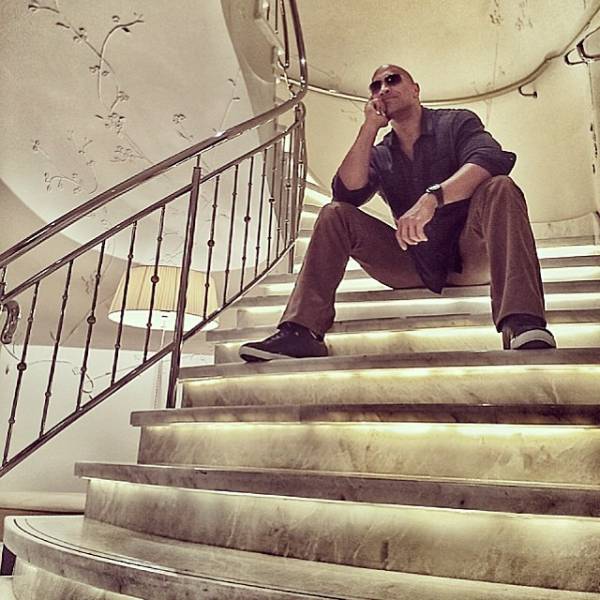 Among those homes is this 5-bedroom, 7-bath mansion in Southwest Ranches, Florida he bought in 2012 for $3.4 million. He sold it a year later for $3 million. 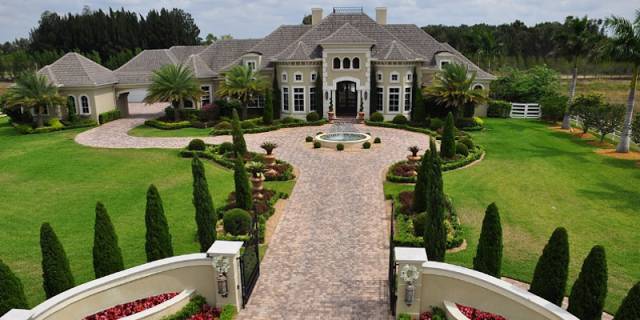 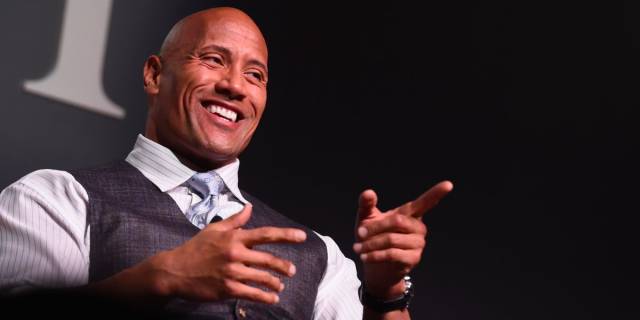 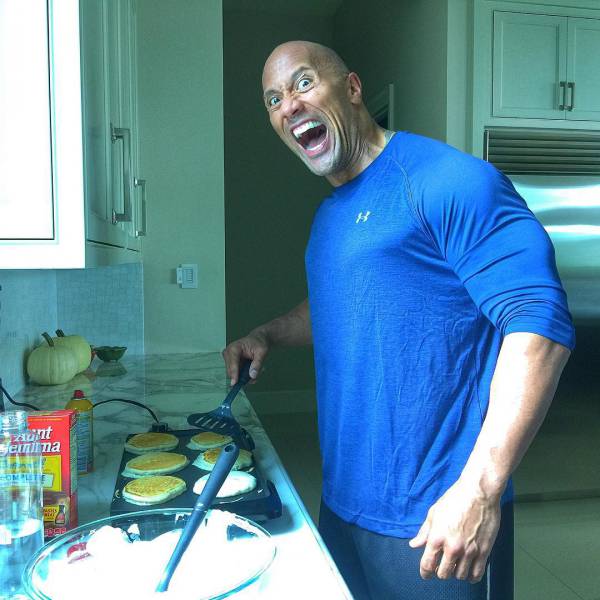 Johnson also owns a farm just outside of Charlottesville, Virginia. 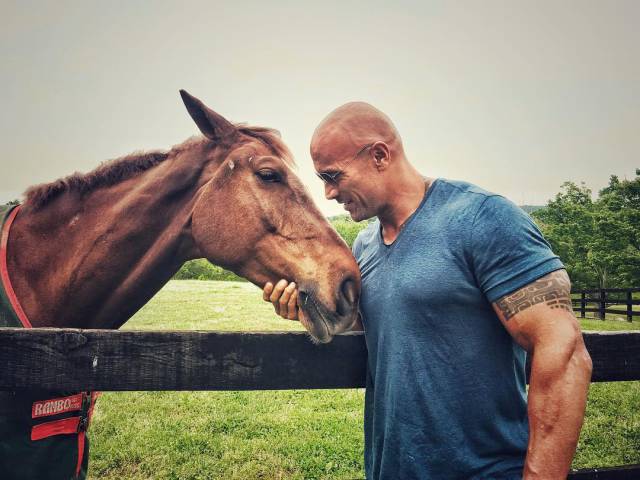 And like most movie stars, he also has a home somewhere in Los Angeles. 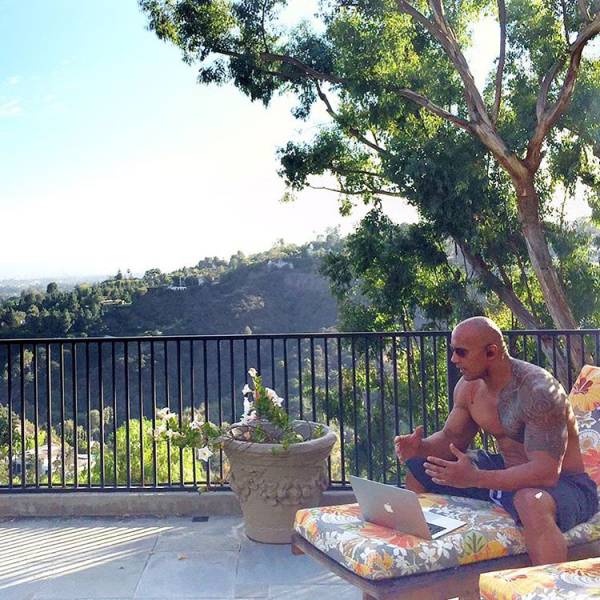 With high-profile movies on the horizon like the big screen adaptation of "Baywatch," Disney's animated "Moana," another "Fast and Furious" movie, and a "Jumanji" sequel, it looks like The Rock will have plenty of more spending money for years to come.