Prora is a beach resort on the island of Rügen, Germany, known especially for its colossal Nazi-planned tourist structures. The enormous building complex was built between 1936 and 1939 as a Strength Through Joy project. The eight buildings were identical, and although they were planned as a holiday resort, they were never used for this purpose. The complex has a formal heritage listing as a particularly striking example of Third Reich architecture.

In 1936, Germany was still enmeshed in the concept of "people's community," or volksgemeinschaft, from World War I. It was a sense that Germans stood united, no matter what. 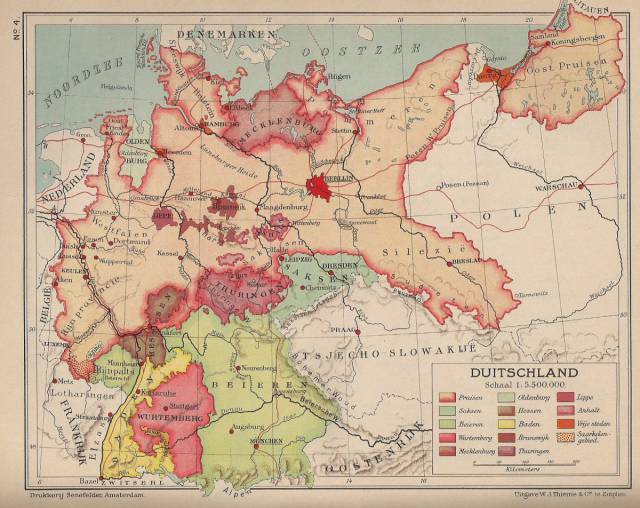 While the Nazi police state was in development, the overarching German vision was a hopeful one, Moorhouse tells Business Insider. "And this is where something like Prora comes in." 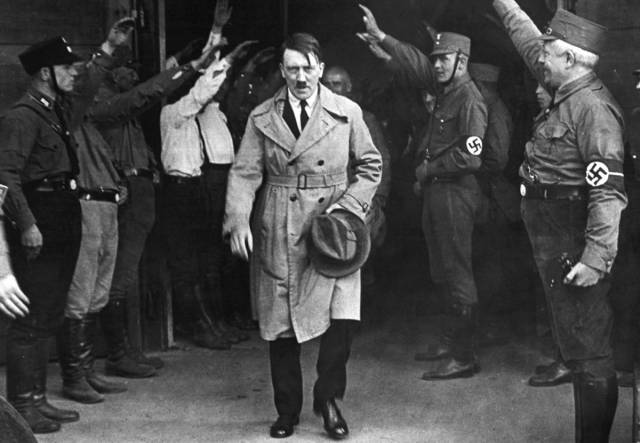 Over the next three years, more than 9,000 workers erected a 2.7-mile-long building out of brick and concrete. Its practicality was dwarfed by its grandness. Moorhouse calls it "megalomania in stone." 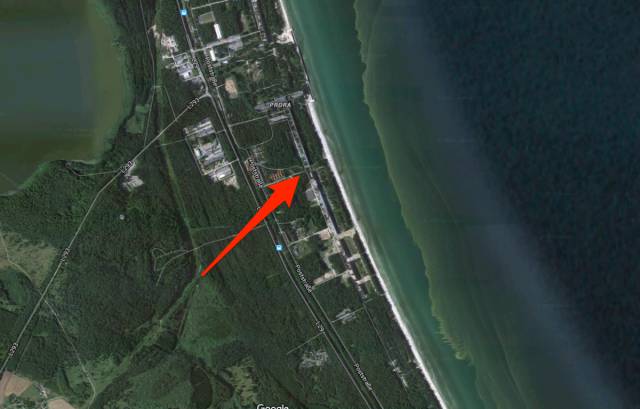 "The photos cannot physically do it justice," Moorhouse says. "It's too big." By all accounts, it would have been one of the most impressive structures in the world. 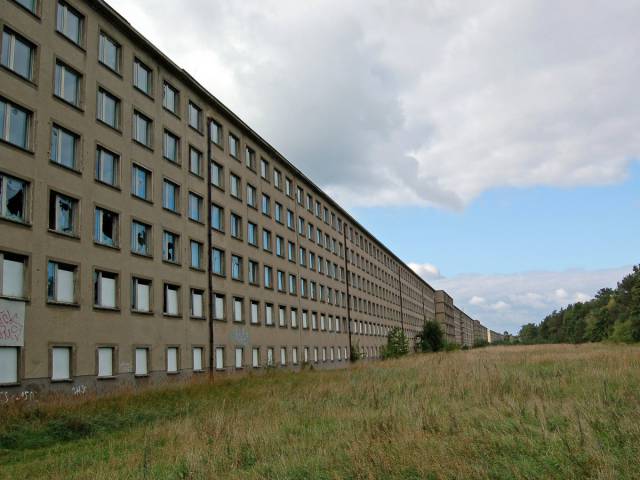 But as the Third Reich began its devastating march through Europe, workers returned to their factories and Prora fell by the wayside. 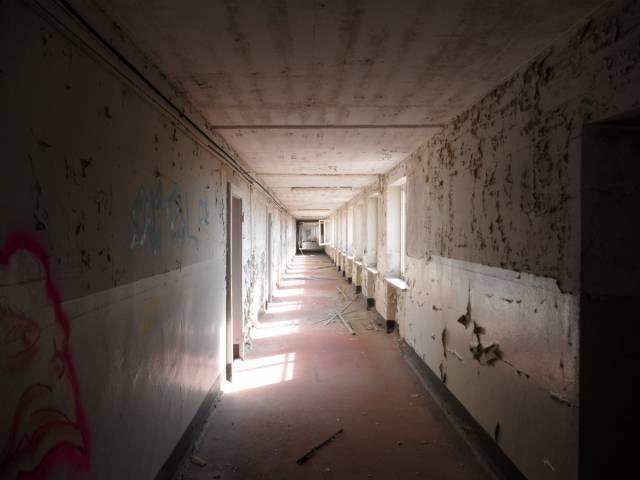 It became a shell of building, a failed Nazi dream left to decay for the next several decades ... 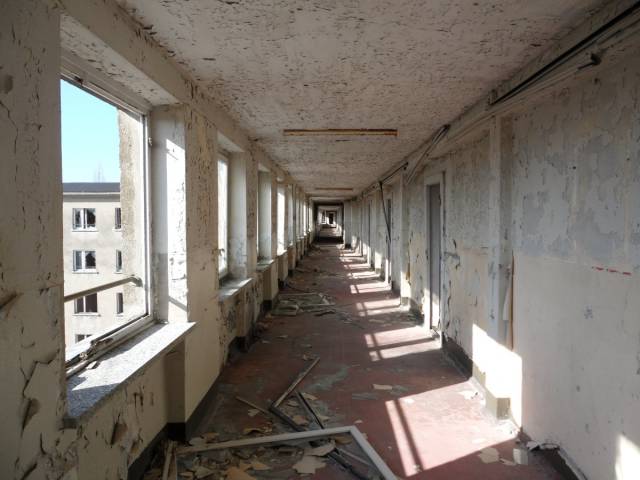 ... until 2013, when German real-estate company Metropole Marketing bought the rights to refurbish Prora and build it up as luxury summer homes and a full-time apartment complex. 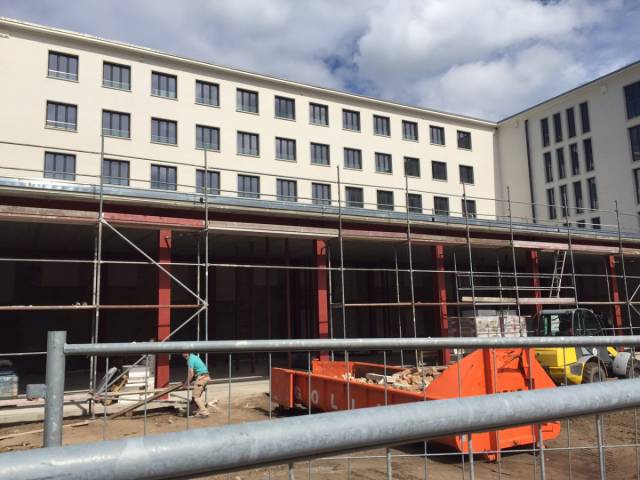 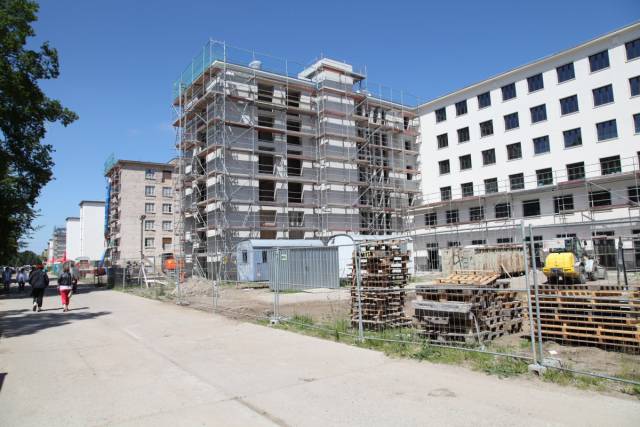 Metropole expects to finish the entire restoration by 2022, though both the apartment units and summer homes are already for sale. 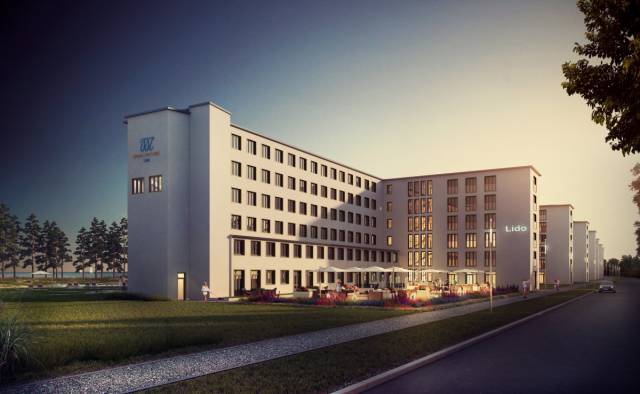 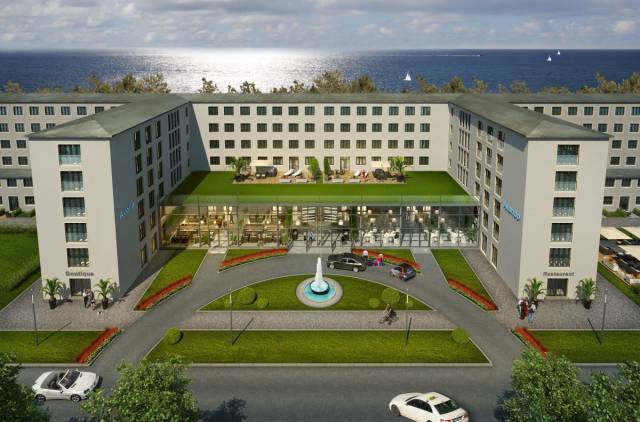 It all depends on how much space you'll need. 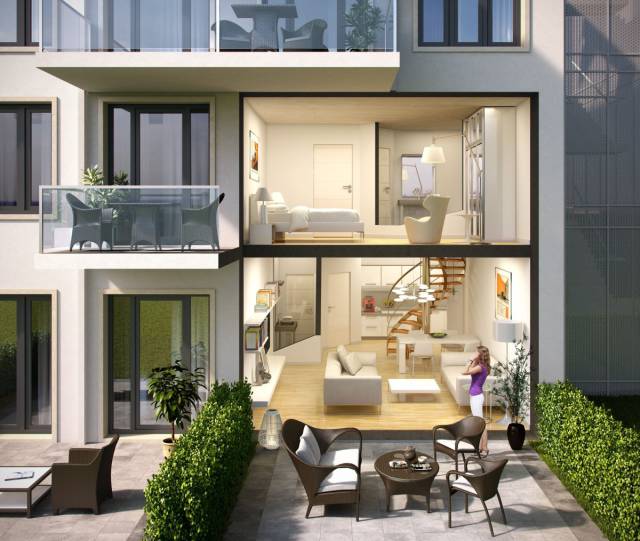 Penthouse suites, like this one, will run on the pricier end ... 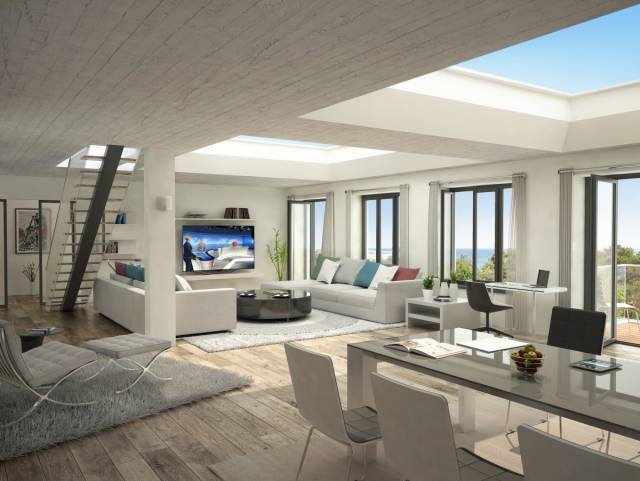 ... while more modest units will be less expensive. 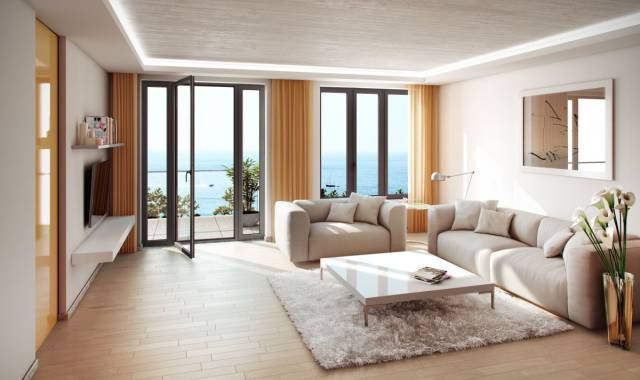 In all cases, the design aesthetic tends toward the modern. 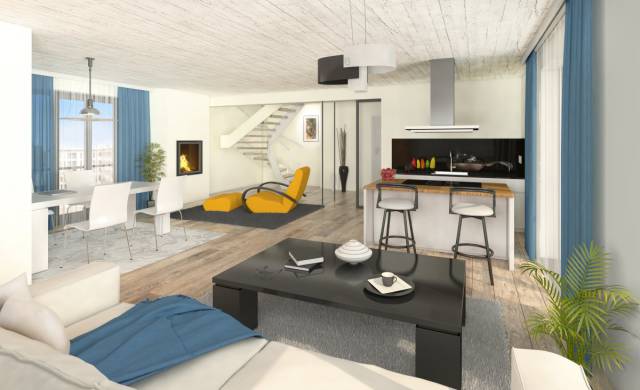 Regardless of size or cost, buildings all feature glass elevators, heated floors, and laundry facilities. 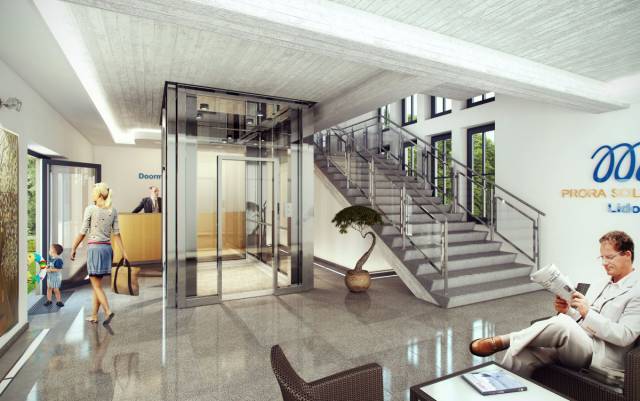 And all beach-facing units will give residents sweeping views of the Baltic Sea. 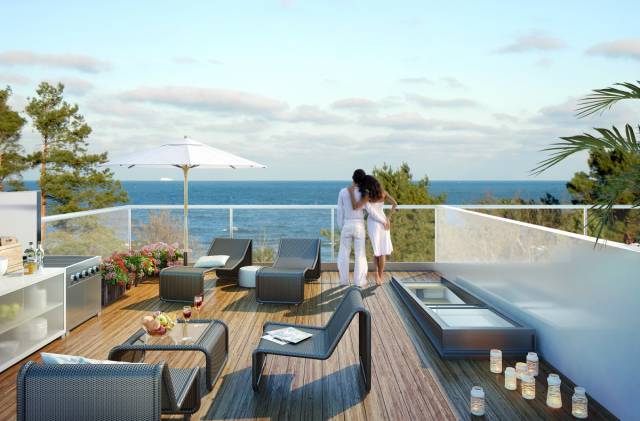 They can also take advantage of the complex's spa and swimming pools, not to mention the extensive outdoor garden. 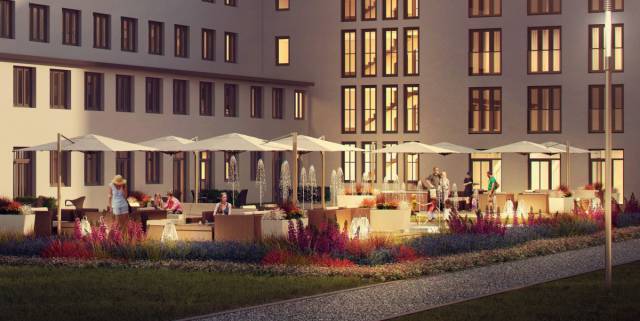 While these amenities are certainly appealing, given the location's history and its distance from Berlin — about three hours by car — Moorhouse has his doubts that people will want to spend time there. 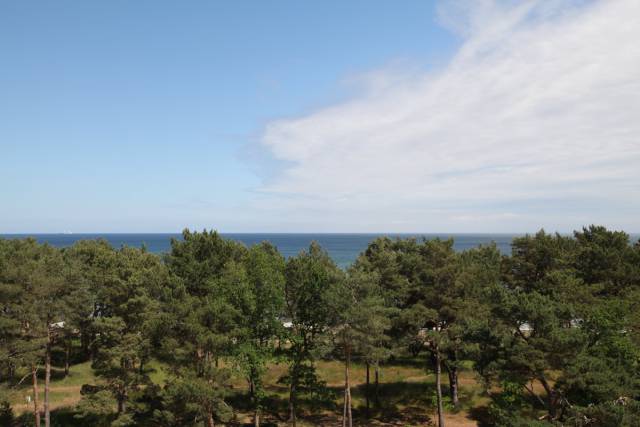 The structure, conceived right on the brink of global chaos, could end up flopping a second time, tainted by its first failed vision. 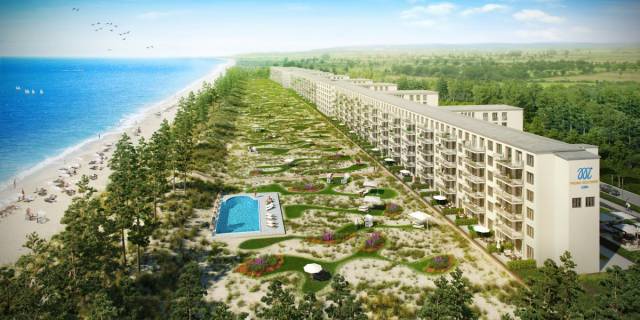 Or it could thrive as a destination in a world where Nazi occupation continues to fade into history. 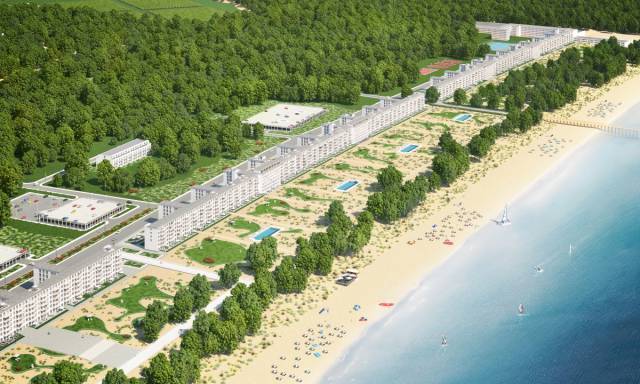