This is a very famous photograph and very much calculated Nazi propaganda. Hitler had been chancellor for all of a month and half when this picture was taken, and Hindenburg had been very reluctant to appoint Hitler chancellor, and only did so after three separate parliamentary elections failed to yield a majority government. It was very important for Hitler, whose government very much appeared weak, tenuous, illegitimate, and divided to have some symbol of unity in the national government. More importantly for Hitler’s ambitions, he needed a symbol of continuity between the old imperial regime and the Nazi regime. This photo became that symbol. 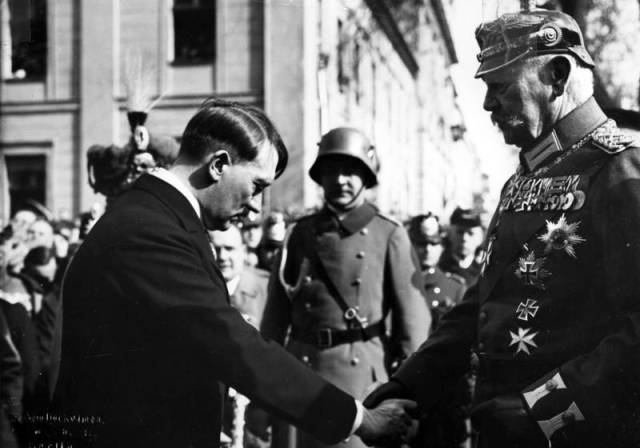